Xenoblade Chronicles: Definitive Edition is a triumphant return for a JRPG classic. It doesn't change enough to attract previous doubters, yet enhances the foundations in a number of tremendous ways. It's never looked, sounded or played as good before, meaning it's the perfect time for eager newcomers and familiar adventurers to jump in.

While the Nintendo Switch has become a welcome home for all manner of ports, comprehensive remasters have been in short supply. The most we’ve seen is subtle visual enhancements and a few extra bits of content. That is, until now – with Xenoblade Chronicles: Definitive Edition setting a new benchmark for remasters on the console, while also cementing itself as one of its finest RPGs yet.

Initially released for the Nintendo Wii back in 2010, Monolith Soft’s sprawling adventure has been on a strange journey ever since. It was ported to the New Nintendo 3DS with enhanced visuals and a few new additions before arriving on the Wii U’s virtual console. Following this, a stunning set of sequels came in the form of Xenoblade Chronicles X and Xenoblade Chronicles 2. After an excellent expansion for the latter, things went silent.

We’re back in the swing of things now, with a gorgeous remaster of the cult classic which introduces a tonne of new content and welcome quality-of-life changes. This is now the best way to experience Xenoblade Chronicles, and will hopefully introduce an underappreciated gem to a much wider audience. Just be ready to stomach disgustingly British dialogue throughout the colossal campaign. 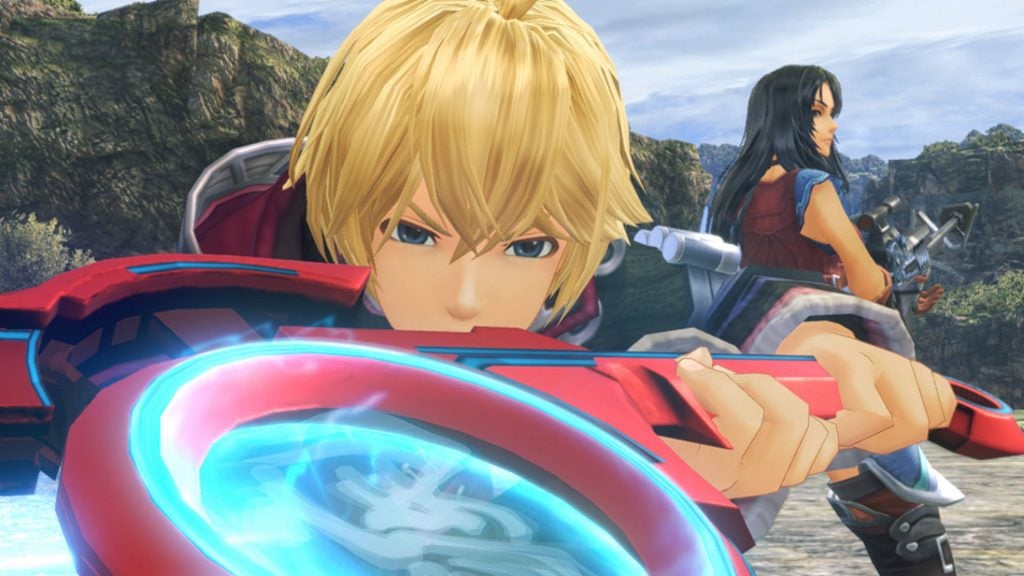 Xenoblade Chronicles has an extraordinary setting. The world you explore is situated across two monolithic titans known as Bionis and Mechonis. Once caught in an epic battle, the giants dealt the killing blow at precisely the same time, leaving one another in permanent stasis as life slowly began to form on their flourishing surfaces. Bionis houses organic life, while Mechonis is home to hostile machine lifeforms.

The races that live amongst these two titans soon come into conflict, partaking in wars that persist for decades on end. You’ll explore the contextual importance of these battles and the political relevance behind them throughout the campaign, delving into Xenoblade Chronicles’ universe in some fascinating ways. Monolith Soft has done a wonderful job making its world feel alive, largely because it’s so uncompromising in its size and leaves it all for the player to uncover.

You play as Shulk, who at first glance, is your typical JRPG protagonist. He’s got no parents, a mysterious past and suffers a personal loss in the opening hours that result in him embarking on an epic adventure. From here, you’ll meet an increasingly compelling range of characters each with their own quirks and motivations. It’s hard to describe exactly how huge the world of Xenoblade Chronicles is. Some areas take several minutes to navigate, leading me to wish desperately for some form of sprint button or mount.

Tedious traversal aside, exploring the various biomes of these titans is a joy. You’ll stumble clumsily through their innards before emerging onto sprawling fields awash with natural life and ancient secrets to uncover. There’s a tremendous amount of locations across the massive campaign, which will take most players upwards of 80 hours to complete. Veterans might have an easier time seeing things through to access new content, but I’d recommend taking your sweet time with this one. 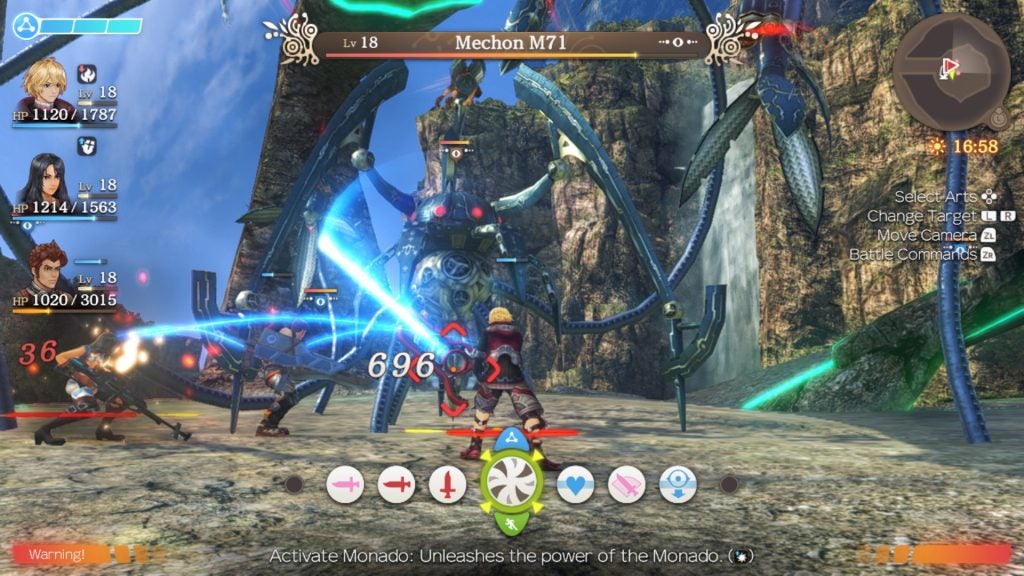 Xenoblade Chronicles features a real-time battle system where you control a single character issuing commands and manoeuvring around enemies taking clever advantage of their emerging vulnerabilities. The majority of foes pose a decent challenge, even the smallest of monsters capable of wiping your party if you’re careless. You’ll need to stagger certain monsters or break down their shields to deal damage; a mechanic which plays an integral part in most major boss battles.

You can switch characters from the main menu at any point if you’re after a change of pace, opting for healers or tanks instead of Shulk – who is a relative all-rounder when it comes to abilities that damage, heal and support your allies. However, if you want to take on a healing role and don’t have a solid understanding of the battle’s rhythmic habits, you’ll be dead in seconds. I opted with Shulk for most of the game since the AI was more than capable of keeping me alive.

Link Attacks is where party dynamics come home to roost. Much like Xenoblade Chronicles 2, time pauses as the entire party executes attacks which can combine together to deal obscene amounts of damage. If done correctly, you can both stagger an enemy and kill them in one fell swoop. Executing these commands flawlessly is so satisfying, and provides major conflicts with a dynamic dramatism perfectly befitting of the anime melodrama that precedes them. 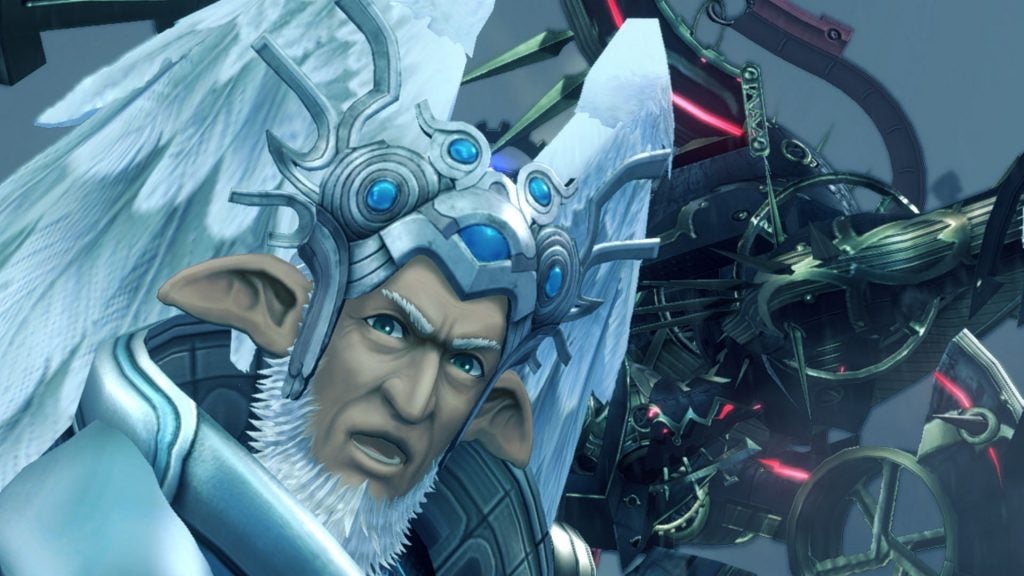 Xenoblade Chronicles: Definitive Edition tells a fantastic story, which is surprisingly well-paced given its obscene length. Significant moments are scattered through the campaign with enough twists and turns that I remained fully invested. Shulk is a compelling lead surrounded by an equally impressive range of supporting characters. It’s impressive how much diversity is squeezed into the game’s cast, which ranges from childhood friends to mourning refugees and half-human half-alien princesses.

While many find it charming, the overly British voice acting will be jarring to some. It’s not delivered particularly well but is served with enough campy conviction that its narrative touchstones land. Those who prefer the original options can switch to Japanese dialogue whenever they like, and I swapped between them a handful of times throughout my playthrough to see how certain moments landed in different tongues. They’re both excellent, even if the hit-and-miss nature of the English dub leaves something to be desired.

The epic main narrative isn’t the only event of significance throughout Xenoblade Chronicles. You can also delve into the backstories and elements of other characters by participating in “heart-to-heart” conversations. These are situated throughout the game’s world, and can only be activated after reaching a certain level of relationship with each character. You accomplish these by participating in battles or completing quests, establishing a chemistry which benefits you both in and outside of combat.

Side activities like this are scattered throughout Xenoblade Chronicles in the form of optional dialogue and all manner of side quests. Sadly, these are mostly the form of busywork that many neighbouring adventures in the genre have outgrown. You’ll be tasked with collecting objects or killing a certain number of enemies to earn random items and experience. It’s a means of levelling up your party and little more, which is a shame since everything else in this world feels so alive and full of flavour. Xenoblade Chronicles: Definitive Edition includes a new epilogue known as Future Connected. Taking place a year after the original game’s events, it assumes you are completely familiar with its story and characters. Shulk and Melia find themselves crash landing on a new landmass and are tasked with repairing their ship and investigating the strange circumstances behind their situation. It’s an engaging and lengthy new chapter into the world of Xenoblade, and one which I hope is built upon further in the future.

Future Connected is more than just a by-the-numbers continuation, and Monolith Soft has made an effort to differentiate its core mechanics from the base game. Shulk can no longer conjure visions; pictures of the future which provide you with a warning of deadly incoming strikes. Link Attacks have also been changed up, forcing you to re-evaluate habits you’ve spent dozens of hours learning. It’s refreshing, especially for those who jump into this epilogue seconds after clearing the main campaign.

Coming in at roughly 10-12 hours, Future Connected is robust enough that returning players won’t feel cheated by what Definitive Edition has to offer. Updated character designs, a vast new region to uncover and plentiful new story beats help it stand proudly alongside its larger sibling, even if the experience itself is somewhat fleeting. Xenoblade Chronicles doesn’t revel in the same level of anime excess as its successor, striking a strong balance between traditional archetypes and an aesthetic it establishes as its own.

Xenoblade Chronicles: Definitive Edition is a triumphant return for a JRPG classic. It doesn’t change enough to attract previous doubters, yet enhances the foundations in a number of tremendous ways. It’s never looked, sounded or played as good before, meaning it’s the perfect time for eager newcomers and familiar adventurers to jump in.