Super Mario 3D All-Stars marks the long awaited arrival of some stone cold classics on Nintendo Switch, even if it doesn't always give them the esteemed treatment they deserve to truly shine in the modern era.

It’s almost fascinating how Nintendo seems to forget about its legacy sometimes, with dozens of classic titles waiting in the vaults simply begging for a modern release, but the company seldom gives them the appreciation they rightly deserve.

Even with Super Mario 3D All-Stars, it’s an unusual release which simultaneously honours the legacy of these fantastic games without doing quite enough to truly help them shine. While all three of the games are more than worth revisiting, unusual performance problems and the obtuse lack of Super Mario Galaxy 2 had me shaking my head at times

Deal: Get a Nintendo Switch Lite and Mario 3D All Stars for just £219.99 this Cyber Monday

(If you can’t see the deal above, please turn off your ad blocker)

But if you can stomach the asking price, this bundle compiles three essential remasters that all Nintendo fans should experience at least once, if only to witness the ambitious journey the red plumber has been a part of for over two decades now. It’s a wondrous, challenging and worthwhile love letter to Mario’s legacy. 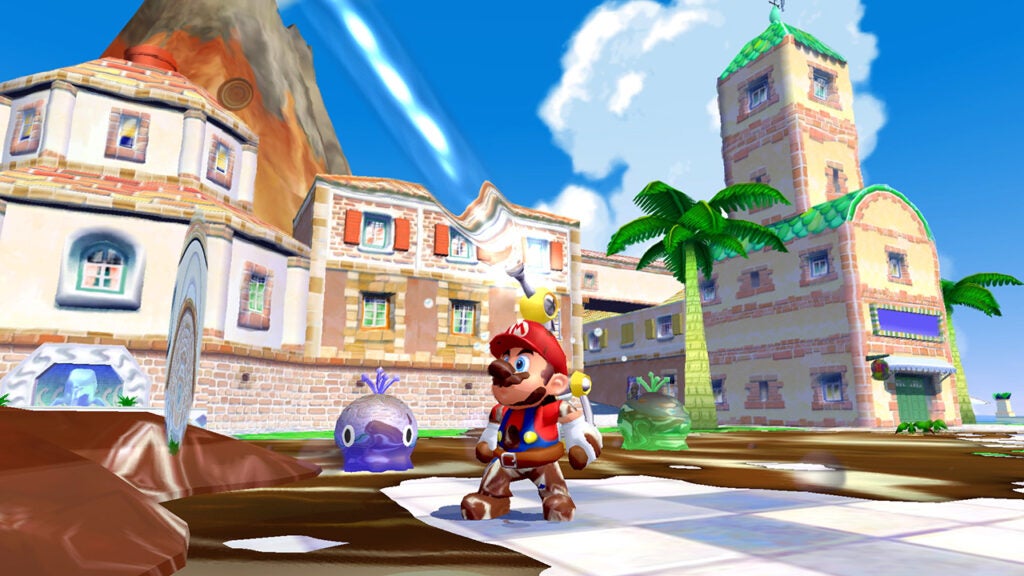 Super Mario 3D All-Stars compiles Super Mario 64, Super Mario Sunshine and Super Mario Galaxy into one cohesive bundle, constructed in a way that you can seamlessly switch between all three games through a gorgeous central menu.

Prefaced with small nuggets of history surrounding their original release, it’s fascinating to see how the flagship franchise evolved over three different generations. Super Mario 64 maintains the sense of magic it imbued way back in 1996, setting a new benchmark for the third-dimension and how players would come to explore, interact and learn to love virtual environments.

Leaping out of the pipe and being given free reign to explore the Mushroom Kingdom is simply extraordinary, and despite the outdated visuals, it still feels excellent to play. It’s timeless, with each piece of music and sound effect unleashing an unparalleled feeling of nostalgia as I dashed about each new stage. It’s classic Mario, and undeniably iconic.

It was a landmark moment in my personal gaming history, and it will be interesting to see how new and returning players will take to Mario’s foray into 3D gameplay. Nintendo changed the game with Super Mario 64, and this pedigree maintains just as much of an impact as it did back then, and for good reason. 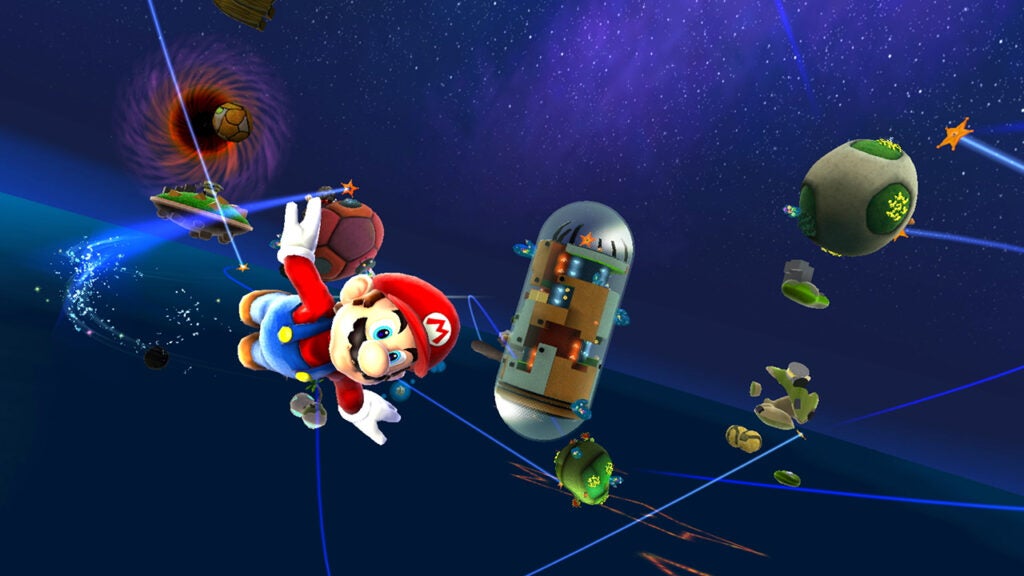 Jumping into Super Mario Sunshine after spending a handful of hours with the Nintendo 64 classic proved to be more than a little jarring. It doesn’t really seek to evolve the foundations established by its predecessor, but instead hands our titular hero a new tool and leverages it as a polarising gimmick for the entire experience.

I’m talking about F.L.U.D.D, a talking water cannon who is used to clean Isle Delfino of rampant pollution that has arrived in Mario’s wake. Accused of robbing the island of sunshine by stealing its Star Shines, he must embark on an epic adventure to uncover why the island has succumbed to such chaos and who exactly is behind such dastardly deeds.

While Super Mario Sunshine is still incredibly fun to play at times, it has easily aged the worst out of the three games. Its controls often feel imprecise, and its camera doesn’t offer enough perspective to alleviate frustration in the majority of stages. I found myself cursing at the screen in frustration at errors that were no fault of my own, wishing this controlled like 64 or Galaxy.

Unusual performance problems only make Sunshine harder to enjoy, with the framerate dipping on a near constant basis when turning the camera amidst busy environments. The heatwave-esque visual effect which dominates the majority of sunny levels also doesn’t look great on larger displays, obscuring the otherwise beautiful visuals with a strange, vaseline smear. 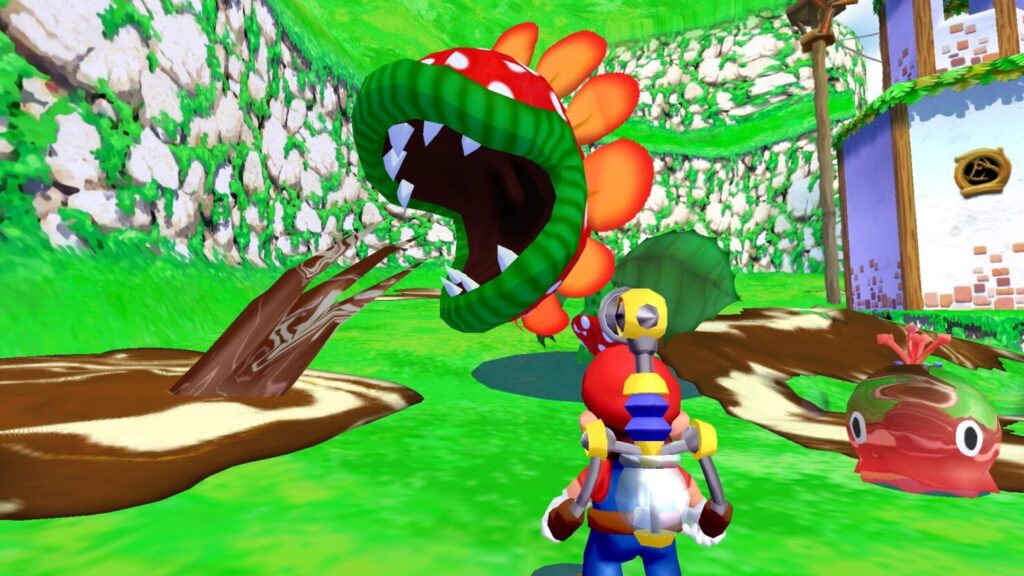 Lastly we have Super Mario Galaxy, which is just as perfect now as it was back in 2007 when it launched on the Nintendo Wii. It’s a bold and adventurous platformer that surprises at every turn, with the space setting allowing it to explore unparalleled variety in its level design. People often use the word ‘magical’ to describe Nintendo, but this is closest I can think to that term being right on the money.

You’ll go from planets populated by jovial bees to asteroid belts occupied by helmet-donning ghosts, all of which offer endlessly creative ways to earn stars and other collectibles. Every level is a welcome surprise, many of which are brave enough to introduce bold new mechanics which subvert expectations beautifully. I didn’t want to stop playing, and was itching to jump into Galaxy 2 as the credits rolled. Sadly, it’s nowhere in sight.

The stages (which require motion controls) haven’t aged remarkably, largely because Nintendo hasn’t introduced an alternative way to navigate them with the analog stick. Instead, you’ll have to clumsily use the joy-cons, pro controller or touch screen to avoid obstacles and collect coins. I would have loved for each remaster to make a greater effort when adapting for the Switch, since these are fairly basic ports once you look past the overall presentation. 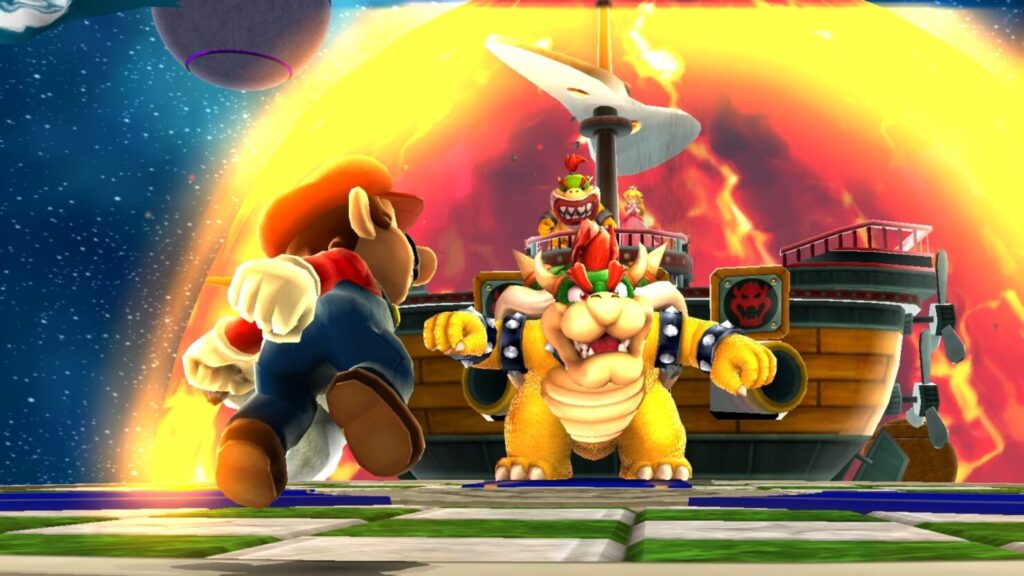 In terms of extras, don’t go into Super Mario 3D All-Stars expecting any new content for the games, but you will find a cutesy music player in the main menu containing the full soundtracks for 64, Sunshine and Galaxy. It’s a minimal yet welcome addition to the overall package, and I had some playful moments of distraction digging into each title’s tracks to find my favourites.

Super Mario 3D All-Stars marks the long awaited arrival of some stone cold classics on Nintendo Switch, even if it doesn’t always give them the esteemed treatment they deserve to truly shine in the modern era.

All of these games are worth playing whether you’re a curious newcomer or a seasoned veteran, and the improved visuals and performance arguably make them stronger than ever.

It’s shame Sunshine’s lacklustre performance and a rather unspectacular overall package hold them back from true greatness. Also where is Super Mario Galaxy 2?