With smart TV features playing an increasingly important role in which TV you choose these days, we’ve taken it upon ourselves to provide you with in-depth reviews of brand’s smart TV system in 2013. Samsung, Philips and Panasonic have already come under our microscope, and now, on the back of our review of the outstanding Sony Bravia 55W905A TV, it’s Sony’s turn.

Sony was one of the pioneers of smart TV. Since then, though, rival brands – especially Samsung and LG – have claimed the smart TV high ground. So we can’t help but wonder if Sony is keeping up – especially as it seems to have been pouring so many of its resources into improving picture quality over the past couple of years.

Initially we have to say we didn’t really use this feature much, on account of just not noticing it enough. But after forcing ourselves to pay attention to it for a while, it did start to become a reasonably handy aid in instantly knowing exactly where we were in the network of content sources that now makes up our full home entertainment system. 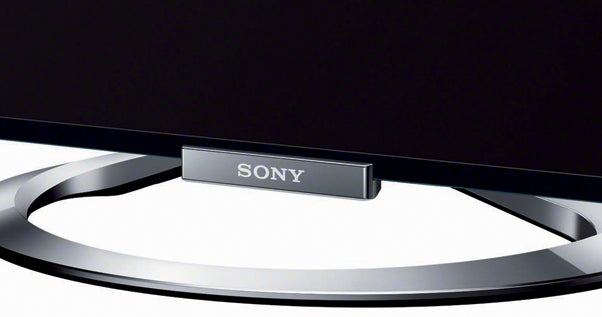 Your next run in with Sony’s latest Smart TV system begins when you first install the TV. And to be honest, it’s not a particularly auspicious early meeting as you’re only given a rudimentary introduction to just a very small selection of the features the TV supports. The rest, it seems, you’re expected to figure out for yourself.

It’s a poor example compared to the setup menus of the Panasonic My Home Screen smart TV system, which impressively guide you through every last element, right down to telling you about the iOS/Android app you can download to enhance the way you use system.

It also struck us as pretty daft that the Sony installation menus don’t include a section where you’re asked to pair up the NFC-capable second remote control shipped with some of Sony’s new TVs. Instead you have to a) figure out that the remote needs pairing, and b) track down the pairing system in a pretty obscure sub-menu.

Apparently this situation has arisen because the W905 series that ships with the NFC remote shares the same installation menus as the upcoming Sony W6 series, which doesn’t provide an NFC remote. Is it too much to ask for menus to be optimised for each TV series in a range?

Our mood picks up considerably, though, as our first delve into Sony’s latest menus reveals that the brand has finally dispensed with its increasingly tortuous Xrossbar Media onscreen menus in favour of a combination of a ‘Smart Hub’ and much more graphically rich and straightforwardly organised TV setup menu screens. These latter menus make it much easier to work out what a particular feature is going to do for you.

It’s also great to find both sets of menus running much more quickly and slickly than the rather sluggish efforts sported by last year’s Sony Smart TVs.

It’s apparent, too, that Sony has attempted to simplify its smart TV menus from the somewhat complicated affairs introduced last year, albeit with mixed results.

Particularly weird is the removal of any way of filtering Sony’s available smart apps into different types to make things easier to find; instead you simply get a 20-row long list of app icons, with only three rows able to fit on the screen at any one time. 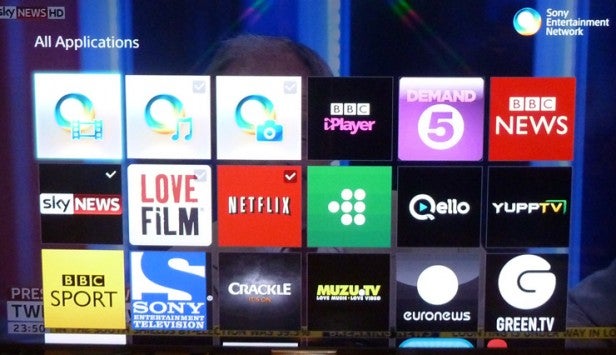 Frequently having to trawl over rows of unwanted apps to get to the one you’re after feels very old-school indeed vs the streamlining efforts being made by Samsung and Panasonic this year.

In Sony’s defence you can at least choose to ‘favourite’ your most-used services, so that they appear first on the list if you access the apps via the conventional Home menu rather than the more direct SEN (Sony Entertainment Network) button route. But this makes it all the more weird the direct SEN menu doesn’t allow you to reorganise the icon list to suit your preferences.

To some extent, Sony might argue that it’s already done a reasonable job of putting the most useful services at the top of the SEN list for you. Certainly it’s mostly the key video on demand services that occupy the majority of the first 12 slots. But being able to customise the layout would still have been much appreciated – especially if you don’t happen to subscribe to the Sony Video Unlimited, Sony Music Unlimited and Sony PlayMemories services that, surprise surprise, occupy the first three slots on the SEN apps icon list!

Used as the main TV for the review period
Tested for more than a week
Tested using industry calibrated tools, discs and with real world use
Tested with broadcast content (HD/SD), video streams and demo discs
Next
Online Content and TV SideView App Review