Next up is a Voice Command feature with which in theory you can issue commands to your TV vocally, such as ‘I want to watch xx’. However, while this tool recognises what we’re saying well enough, the infrastructure behind it really isn’t there.

After speaking your instructions, you get shown a list of options drawn from an examination of the TV listings, your recorded content, stuff on your home network, your TV applications list, YouTube, a Web browser and (shudder) Wikipedia. But we struggled to make the system find anything useful (or anything at all, in fact), regardless of whether we said ‘I want to watch BBC1’, ‘I want to watch Deal Or No Deal’, or ‘I want to use Netflix’. 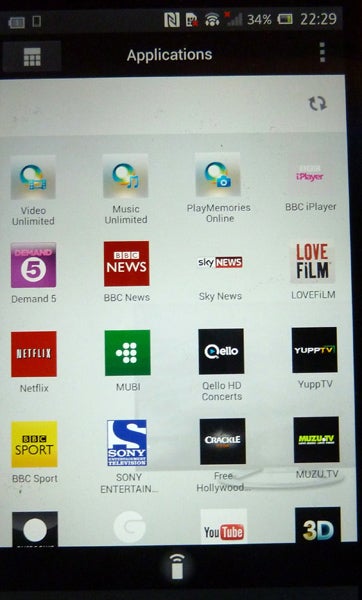 Basically this feature is so not ‘joined up’ with the TV’s infrastructure that it’s pretty pointless. Certainly it’s miles behind the voice command system found on the latest Samsung Smart TV system.

Also available on TV SideView is a touch-screen emulation of the physical remote control. This includes a ‘Free Touch’ area where you can move the TV’s on-screen cursor at will by swiping your fingers around on your portable device – very handy while Web browsing on your TV.

To the right of the remote emulator is an icon giving you access to Sony’s Applications menu. This populates your mobile device’s window with the same icons you get on your TV when you press the SEN button on the remote, so that you can browse through them without disrupting what’s being shown on the main TV screen. Once you select an app, the TV immediately switches over to it.

It might have been nice if the app then mirrored the menus of whatever app you select, so you could keep using your mobile device to complete your content selection process. But we guess the complexities involved with this level of content sharing would probably be too much of a burden on the system. 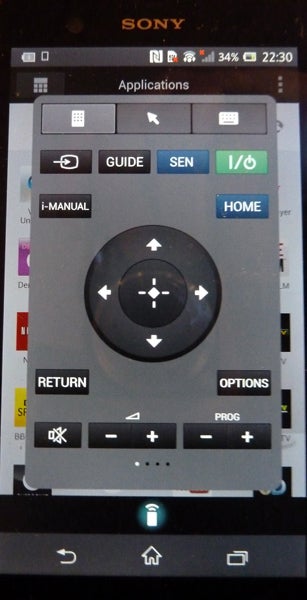 Finally, on the app is a link taking you to Sony’s ‘i-Manual’. As its name suggests this is a digital instructions manual, offering a degree of interactivity over how you track down its contents. Using the i-Manual on your portable device is far easier and faster than wrestling with the version that’s been built into the TV’s own menus. In an ideal world, however. the manual would truly live up to the ‘I’ part of its name and follow Samsung and Panasonic’s lead by automatically presenting you with brief written explanations of features as soon as you highlight them in the menus.

At a recent press event in Los Angeles we were shown a pre-production version of a cool-looking highlights section of the TV SideView app that’s due to go live soon. This beautifully presented, slick, graphics-rich tool showcases a selection of the best/most interesting/most popular programming available via the TV tuners, and it will be a great addition to TV SideView when it’s rolled out.

People who’ve followed our looks at the smart TV services of other TV brands recently may have noticed that we’ve not yet mentioned how the TV SideView app goes about streaming video. But this isn’t an oversight on our part. In fact, it’s an oversight on Sony’s part, as neither the Android nor iOS versions of the TV SideView app support second screen viewing of what’s showing on the TV. 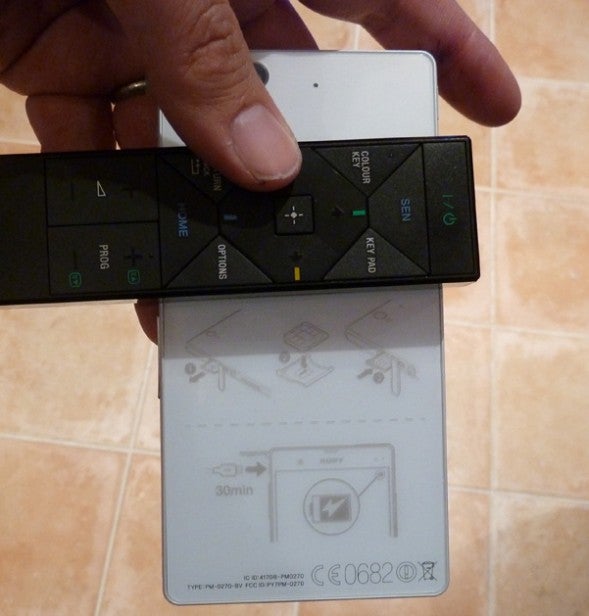 Sony seemed rather puzzled as to why anyone would want to watch TV on a small portable device when they’ve got a lovely big TV to watch it on, but of course, it’s increasingly common for people to want to wander off and keep watching something in another room to the main TV.

All the other key Smart platforms we’ve seen this year support second-screen viewing, with Panasonic even going so far as to provide twin tuners in some of its high-end TVs, so you can watch a different programme on your portable device to the one being shown on the TV screen. In other words, this is definitely a feature we’d like to see added to the TV SideView app at some point.

There’s plenty of room for improvement with Sony’s Smart TV system. The lack of structure in its main SEN menu is unhelpful and actually seems a step back from last year’s Sony Smart hub menu. The TV SideView app is pretty but lacks any second-screen viewing functionality, and its voice recognition tool is extremely limited in its usefulness.

Even so, it’s impossible not to dream about what might have happened if Sony had applied as much effort and imagination to its smart TV platform as it has to its picture quality engine. Oh well. Maybe next year…