In terms of 4K HDR pictures from Ultra HD Blu-ray, the KD-75XD9405 produces mesmerising results. A blend of a spectacular range of colours and gorgeously subtle shading delivers a picture that looks far more punchy  – but also more refined, three-dimensional and detailed – than anything possible with non-HDR content. 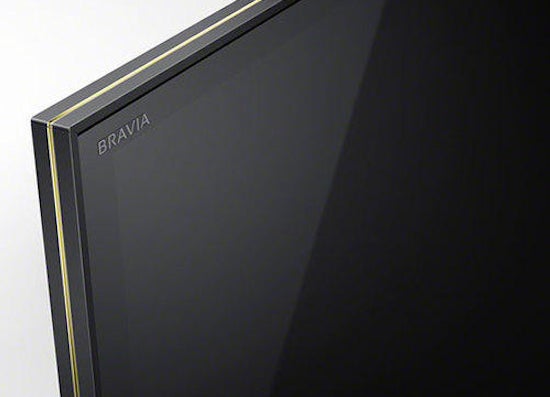 Within a single shot you’re able to view beautifully deep, rich black colours sitting alongside bright whites, and light colour saturations that shine out with luminous intensity from their surroundings.

The impact of this greatly expanded HDR contrast – especially when partnered with HDR’s wider colour spectrum – is nothing short of transformative. Pictures look more real since you can see more of the luminance that your eyes can pick up in the real world but also, even more excitingly, more dramatic and cinematic.

In Amazon’s Man In The High Castle, for instance, the almost hyper-real colours and light extremes used in the HDR stream create a striking tone of both nostalgia and deliberately forced artificiality. This completely changes the atmosphere of the city scenes, making the world feel more oppressive and hyper-real in a really effective way.

The stunning outdoor vistas of The Revenant, meanwhile, are opened up and made to feel much more tangible and immersive as a result of the impact of HDR’s brightness, making the action feel more intense.

In The Lego Movie, the plastic-effect world  feels more three dimensional, “lived in” and vibrant thanks to the combination of HDR’s colour and brightness. The dark bar scenes in Deadpool look more detailed thanks to the way well-handled HDR can deliver subtler shadow detailing. 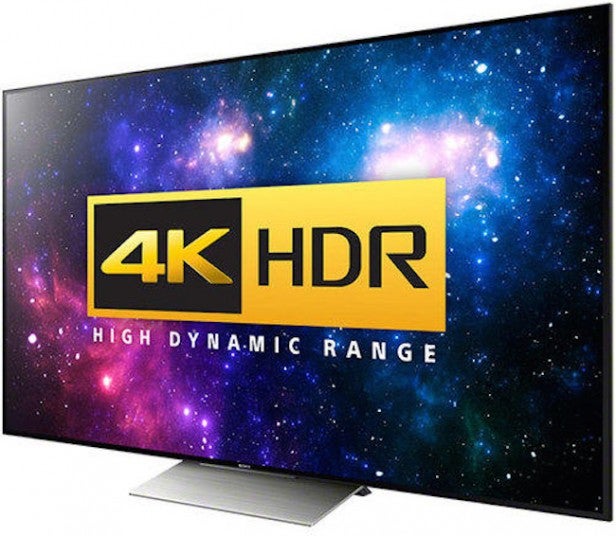 I could go on about the effects of HDR on pretty much anything you watch on the KD-75XD9405, but hopefully you’ve got the idea.

Note that the KD-75XD9405 doesn’t deliver quite such extreme HDR highlights as the Samsung UE55KS9000, though, and overall, isn’t as bright as the Panasonic 65DX902.

However, I prefer the KD-75XD9405’s overall HDR approach. This is in part because, at its best – as it is here – Sony is able to deliver levels of colour and shading subtlety that look almost magical at times. However, the main reason is that this direct-lit LED screen doesn’t throw up as many backlight distractions with HDR as the 2016 rivals I’ve seen to date.

To be clear, I’m not saying that the KD-75XD9405 is totally immune to backlight clumsiness. With very extreme HDR content such as chapter 7 of the Exodus: Gods And Kings Ultra HD Blu-ray – which features large areas of torchlight and candlelight appearing alongside areas of deep darkness – you can certainly spot halos of extraneous light around the brightest image elements. In fact, the halos actually spread further beyond the boundaries of bright objects than they do with the Panasonic TX-65DX902.

However, crucially, the intensity of the haloing is relatively subdued and less defined than it is on rivals – including Sony’s own edge-lit XD9305 TVs. In addition, backlight issues only become a distraction in extremely rare circumstances.

As well as excelling with its contrast and colour, the KD-75XD9405 benefits greatly from its native 4K resolution – especially since the screen’s colour resolution is good enough to “keep up” with the 4K pixel count.

Also, using the Clear MotionFlow setting means that you don’t lose much of the 4K sharpness when there are moving objects in the image, and the exceptional light handling algorithms of Sony’s picture processing results in stellar detailing in even the darkest areas.

When it comes to handling standard dynamic range content, the KD-75XD9405 is, in a word, awesome. Provided you exercise caution with the TV’s X-Tended Dynamic Range Pro-related settings, the less extreme brightness demands associated with SDR mean the occasional halo issues with HDR almost vanish.

Alongside, key picture strengths such as beautifully balanced, natural and nuanced colours, spectacular levels of detail and deep black levels all remain intact.

The quality of the KD-75XD9405’s SDR performance will certainly make up for having to wait for more HDR to arrive.

Used as the main TV for the review period
Tested for more than a week
Tested using industry calibrated tools, discs and with real world use
Tested with broadcast content (HD/SD), video streams and demo discs
Previous
Sony KD-75XD9405 Review Next
3D, Sound and Conclusions Review