The KD-75XD9405’s 75-inch screen is scarily large. Especially if you’re watching Jeremy Kyle. It fills your field of view much more from a typical viewing distance than even a 65-inch TV, and somehow makes everything you watch on it feel like a Hollywood blockbuster – except for Jeremy Kyle, that is.

The fact that Sony has managed to suspend so much screen acreage within a frame that’s barely 1cm across seems to defy the laws of physics, too. But there’s no need to worry: having moved the set round a few times during the course of this review, I can confirm that the design feels very robust.

The size of the screen in relation to the tiny frame around it means you hardly even notice the TV’s bodywork when you’re watching it. That’s not to say the bodywork is ugly by any means. On the contrary, the KD-75XD9405’s high-quality finish, focus on slimness both around the screen and to the rear, heavy-duty metallic “sheet”-style stand and injection of a strip of gold into the outer trim add up to quite a stylish look.

Perhaps the single most striking thing about the KD-75XD9405’s design, however, is the feature it’s lacking. Namely the huge speaker-bearing “wings” to right and left that made such a statement on this set’s predecessor, the KD-75X9405C.

Sony appears to have taken the view that most people willing to invest five grand in a TV of this size are likely to already have – or will be happy to invest in – a separate sound system.

Overall I believe Sony’s decision to omit these speaker wings is the right one, although at the same time it’s hard not to have a pang of regret given how incredible the sound produced by these speakers was on the KD-75X9405C.

The KD-75XD9405 carries an up to date set of connections. All four of the TV’s HDMIs can handle the HDCP 2.2 anti-piracy protocols introduced for the 4K age, and they can all handle HDR and 4K feeds from external sources.

In addition, there are three USBs for multimedia playback and recording from the TV’s Freeview HD tuner, as well as the inevitable hard-wired and integrated Wi-Fi network connections to enable both streaming from DLNA devices and access to Sony’s online content. Content that actually comes courtesy of a combination of Google’s Android TV platform and the UK’s YouView service. 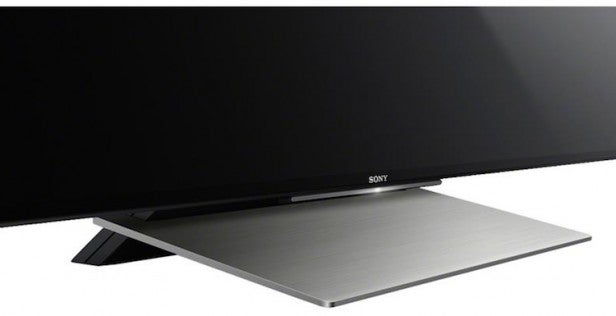 I’ve covered both these platforms before in separate articles, so I won’t spend ages going over their features here. Suffice it to say, that I continue not to be a fan of Android on account of its focus on absurd quantities of apps and a cumbersome interface that you can’t really customise.

YouView, on the other hand, I like. It lets you access the UK’s main broadcast channel catch-up services via either direct apps or an electronic programme guide that lets you scroll back through time as well as forward.

The KD-75XD9405’s picture technology appears to be a potent concoction. The direct LED lighting promises a better fit for the TV’s HDR playback capabilities than the more common – and cheaper – edge LED lighting approach. This is especially true given that the local dimming system makes it possible for different clusters of the LEDs to output light levels independently of each other.

Sony’s latest Triluminos technology promises a wider colour spectrum, which should be a perfect fit for the wide colour gamuts associated with HDR sources.

While Sony won’t be drawn on the exact brightness, contrast and colour range capabilities of its TVs, it’s reassuring to discover that the KD-75XD9405 is capable of offering a premium level of HDR performance.

So much so, that had Sony not preferred to use its own “4K HDR” moniker, the KD-75XD9405 could apparently have earned the Ultra HD Premium badge designed by the Ultra HD Alliance to adorn only the best HDR-capable TVs.

Other features worth mentioning are support for 3D playback – something that’s by no means a given this year – and the presence of Sony’s X1 video chip and 4K X-Reality Pro processing system. The latter uses a database system to apply more accurate processing to every aspect of picture quality, from colour to contrast, motion reproduction, detailing and upscaling of HD sources to the screen’s native 4K resolution.

Getting the very best from the KD-75XD9405 doesn’t require all that much effort, thanks to some decent preset calibration and the fact that the set is good enough to be more forgiving with its settings than the step-down XD9305. 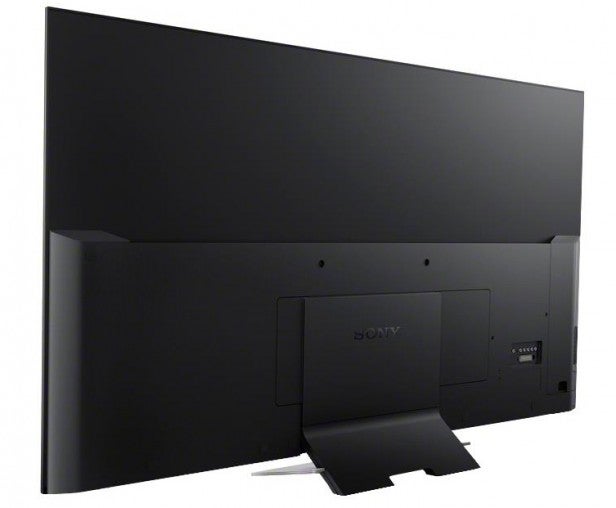 However, if you have an Ultra HD Blu-ray player then there’s one particularly annoying thing that you’ll need to do as soon as you get the KD-75XD9405.

Since the TV isn’t able to automatically recognise when an HDR-capable source is attached to it, you’ll have to manually head into the External Inputs section of the Setup menus and switch the input of the Ultra HD Blu-ray to Enhanced mode. Otherwise, the deck won’t recognise the TV as HDR capable.

Where other settings are concerned, I’d strongly recommend choosing the Clear setting for Sony’s MotionFlow processing over any other option, since this delivers the best combination of increased motion clarity and minimal processing side effects.

I also recommend turning off all the TV’s noise-reduction systems and, with upscaled sources, reducing both the Sharpness and Reality Creation Resolution settings to below 35 and below 30 respectively, since the default higher settings tend to make pictures look quite noisy.

With non-HDR sources I’d also recommend using the local dimming and Advanced Contrast Enhancer settings only on their lowest levels. In addition, leave Black Adjust switched off, and handle the X-Tended Dynamic Range feature with care; it tends to make the brightest areas of non-HDR sources look bleached out.