Unless Panasonic has any OLED surprises in store for late in the year, the TX-65DX902 is the brand’s flagship TV for 2016. It achieves such status thanks to the inclusion of a 4K/Ultra HD resolution and an unusually high level of support for the new high dynamic range picture format. This comes courtesy of a new “honeycomb” backlight technology and picture processing elements that have been borrowed from Panasonic’s professional monitors division.

The first item of note with the TX-65DX902 is its weight. The main screen is more robust and “industrial” in its approach than many other high-end TVs around this year, and its desktop stand weighs an absolute ton. This is because it’s designed to arch so far back from the screen that you barely see it, meaning it has to be heavy enough to counterbalance the 65-inch screen sat on its front.

This arched back stand joins a fetching textured silver trim to ensure the TX-65DX902 still looks pretty stylish despite its unusually heavy mass. 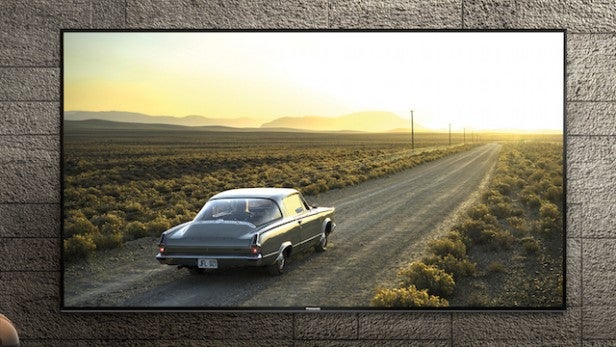 Connections are strong. We start with four HDMIs, all of which are built to the latest 2.0a specification and all support the HDCP 2.2 protocol required for playback of new 4K sources such as Ultra HD Blu-ray. Strong multimedia support comes from the inclusion of three USBs, an SD card slot and the now inevitable LAN and built-in Wi-Fi network options.

The network features include DNLA streaming support from networked devices, as well as access to all the apps and streaming services available via Panasonic’s Firefox smart TV operating system.

Firefox hasn’t really changed much from last year, but then it didn’t need to. With its crisp, colourful, logical layout and effortless customisation options, it rivals LG’s webOS for the title of best smart TV system around today.

Smart features include Freeview Play, which provides access to the BBC iPlayer, ITV Player, All 4 and Demand 5, alongside the option to locate content on these catch-up services using an electronic programme guide that scrolls back seven days as well as forwards.

The TX-65DX902 supports the 4K Netflix app plus the 4K/HDR version of the Amazon Video app. It’s anticipated that the Netflix app will be updatable via firmware to handle Netflix’s HDR streams when they begin in the UK, but this can’t be 100% confirmed until the service goes live.

As with the other key 2016 TVs to hit my test bench this year, the TX-65DX902 is designed with the extreme brightness and contrast of the high dynamic range (HDR) picture format in mind. In fact, on paper its unique “honeycomb” backlight design appears the most HDR-friendly innovation 2016 has given us so far. 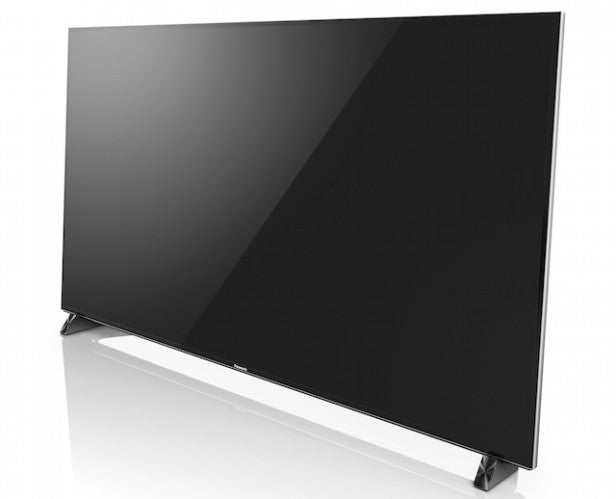 This honeycomb backlight is built around a direct LED arrangement, which means the lights sit directly behind the screen rather than around its edges. Such a lighting setup consistently delivers better contrast than the edge LED alternative, especially when – as is the case in the TX-65DX902 – the direct backlight is joined by a local dimming system that’s able to output different levels of light from varying clusters of LEDs.

In fact, the TX-65DX902 provides independent light control over no less than 512 zones. This is an exceptionally high figure by consumer TV standards, which in itself is enough to make this TV’s £3,300 price look like decent value.

The TX-65DX902 doesn’t only rely on the sheer number of zones in the picture to deliver the contrast/local light controls that HDR should thrive on. The honeycomb configuration sees the screen’s individually controlled light zones separated by defined boundary “walls” to prevent light seepage between each section. This is delivered in conjunction with a clever diffuser system that also seeks to ensure that the boundaries between light zones aren’t so defined that you become distracted by them.

Such is the effectiveness of the direct LED/honeycomb approach that the TX-65DX902 is comfortably capable of hitting the 1,000-nit brightness and 0.05-nit black level requirements of the Ultra HD Premium standard. The Ultra HD Premium badge was created by the AV industry’s Ultra HD Alliance to help consumers spot which TVs are capable of producing the most convincing HDR performance.

The TX-65DX902 rounds off its Ultra HD Premium status by also being a 10-bit panel and meeting the UHD Premium colour requirement of delivering at least 90% of the DCI-P3 colour spectrum used in commercial digital cinemas. In fact, the TX-65DX902 can produce a huge 96% of the DCI-P3 spectrum.

Fingers crossed that all this impressive tech is able to finally yield the truly flawless exhibition of which HDR is capable. 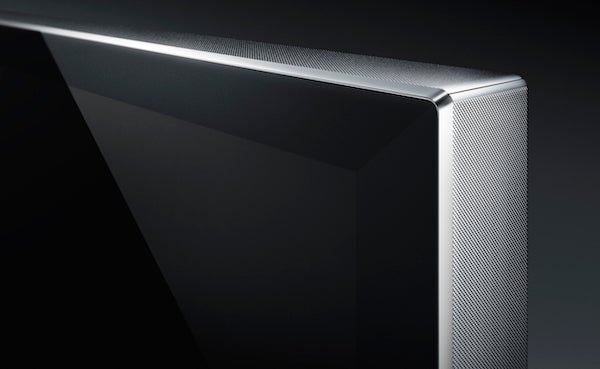 It isn’t only the Ultra HD Alliance that’s endorsed the TX-65DX902. It’s also passed the barrage of performance tests demanded by the THX certification process. In addition, its pictures have been created in conjunction with Panasonic’s Hollywood Labs and even feature a preset tuned by renowned Hollywood colourist Mike Sowa (Oblivion, Insurgent).

All of this work with third parties has been instigated with one thought in mind: to ensure the TX-65DX902 delivers pictures that look exactly as their creators intended them to look. This has long been Panasonic’s TV mantra, but the brand seems to have been inspired to an even greater degree now that HDR has finally made it possible for us to see at home what directors truly intended.

Marshalling the TX-65DX902’s many picture features and technologies towards the “director’s intention” is a new, ultra powerful Studio HCX+ processing system. This features elements derived from Panasonic’s professional marketing division, such as light management, which it’s claimed can deliver unprecedented amounts of shadow detail in dark areas for LCD. It also includes a 3D colour look-up table system that experience suggests will serve up a colour palette of stellar naturalism and subtlety.

Unlike Samsung and Philips, meanwhile, Panasonic is still supporting 3D. So it’s no surprise to find 3D support built into the flagship TX-65DX902, although there’s no provision of any free active shutter 3D glasses.

As is usual with a high-end Panasonic TV, the TX-65DX902 is equipped with a huge, at times slightly bewildering, array of set-up and calibration tools.

Some of these – especially the truly extensive colour, gamma and white balance adjustments – will make the TX-65DX902 a firm favourite with the custom installation market that’s long been a fan of Panasonic TVs. Note that there’s also plenty of control over the majority of the screen’s video processing.

However, I do wonder if Panasonic has gone a little too far with the options available. For instance, there are two barely explained HDMI “modes” (Mode 2 appears to be designed to handle the expanded colour output possible from Ultra HD Blu-rays); manual settings for the HDMI EOTF system used with HDR to turn digital code “words” into light output; manual settings for the colour system the HDMIs take in; and manual settings for each HDMI’s RGB and YCbCr colour ranges.

In addition, you can even opt to turn off the TV’s HDR recognition entirely. Although I find it difficult to imagine that this would prove useful to many people unless they don’t like HDR – or the TV turns out not to be very good at playing it. 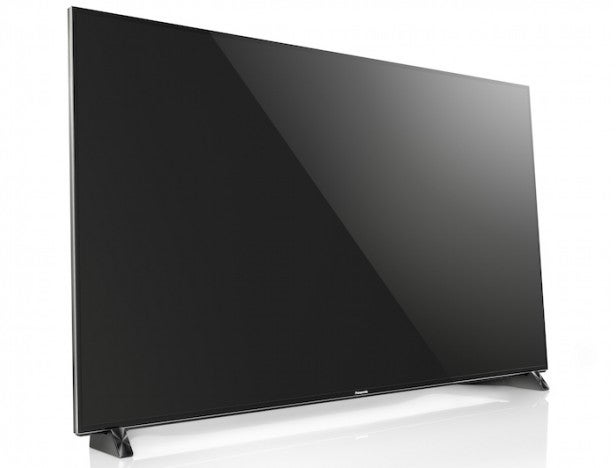 In short, I believe the TX-65DX902 potentially over-complicates things at a time when most consumers will be looking for as much automated help and clarity as possible.

Fortunately, the TX-65DX902 can handle pretty much everything automatically in its default state, and also offers an unusually useful and well-considered set of picture presets. My personal favourite for both HDR and SDR is True Cinema – but there really is an option to suit all tastes.

There are a couple of fine-tuning settings that you’d be wise to pay particular attention to, however.

First I’d recommend treating Panasonic’s Intelligent Frame Creation motion processing engine with caution, since on any setting higher than minimum it can cause noticeable unwanted digital side effects. Second, when watching HDR you’ll be pretty much forced to set the Adaptive Backlight Control local dimming feature to Max, for reasons I’ll explain later.