So far, this year hasn’t been a great one for 3D. Philips and Samsung have opted to remove 3D from all of their 2016 TVs, and most of the 3D models I’ve seen so far have done an average job of delivering the third dimension.

Happily, the KD-75XD9405 puts a pretty decent case for 3D. Particularly impressive is the intense brightness and colour it delivers, and the way the screen’s outstanding contrast and shadow detail performance help to create an exceptionally accurate and convincing sense of space and depth.

There’s a decent amount of detail in 3D images, too – although, despite the TV using the active 3D system, 3D pictures don’t look nearly as sharp as native 4K 2D ones – and motion is handled better than it often is often by 3D TVs. 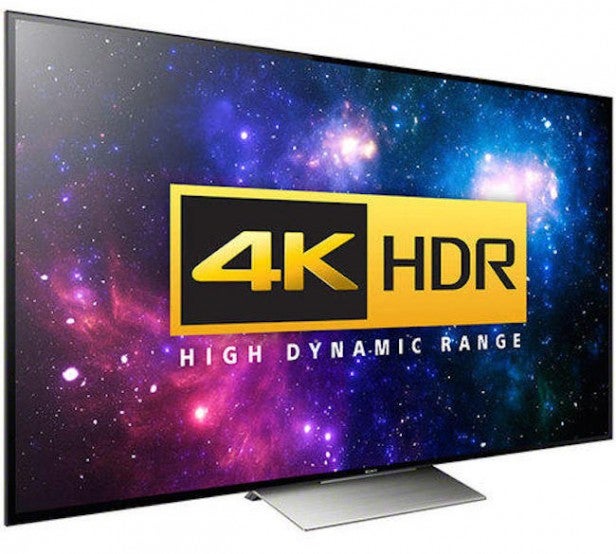 The only problem is that crosstalk ghosting noise quite routinely crops up around both foreground and background image elements. It isn’t especially aggressive in its appearance, but it’s apparent enough to make us recall fondly the passive 3D system used on Sony’s fantastic X9305A models a few years back.

According to Sony’s specifications, the KD-75XD9405 boasts the same 4 x 7.5W audio system as the XD9305 series. Oddly, though,  it sounds better than the KD-65XD9305 – perhaps because of its larger size  – with less harsh trebles and a slightly more open mid-range that makes it easier to listen to during action scenes.

Of course, it doesn’t get even close to delivering the power and dynamic range produced by the magnetic fluid speakers of its predecessor. Although, as discussed before, many of the KD-75XD9405’s likely buyers will probably consider the drop in audio performance a fair price to pay for the new model’s slimmer design.

The KD-75XD9405 ships with the same remote control as the XD9305 TVs – which, sadly, isn’t a good thing. The combination of only slightly raised buttons and an overcrowded layout makes accidentally hitting the wrong buttons a frequent occurrence, long after you’d have expected to learn your way round a typical TV remote.

In better news, the Kd-75XD9405’s size and impressive colour and contrast make it a spectacular gaming screen. So it’s pleasing to discover that this gaming potential is backed up by an average input lag figure of just under 30ms.

This measurement takes into account recorded figures as low as 7ms and as high as 55ms, but the overall average is good and the experience of actually gaming on Sony’s monster screen is hugely enjoyable.

If you’re lucky enough not to be affected by either issue then the KD-75XD9405’s mostly sublime picture quality makes it well worth the investment – especially in a year where many rival TVs are struggling with the demands of HDR.

Although I’m not a great fan of its Android TV smart system, and its HDR pictures aren’t completely free of backlight flaws, overall the KD-75XD9405 is comfortably the best new model I’ve seen in 2016 so far. If you have the necessary space and finances, what are you waiting for?