The Sony 65XE9005 is a 65-inch LCD TV that combines a native 4K resolution and high dynamic range support with LEDs that sit directly behind the screen, rather than around its edges. The result is a contrast-friendly – although not especially bright – screen that could well be the answer to many AV fans’ prayers. This is especially true on taking account of its £2,499 price – which is barely half that of 2017 big-hitters such as the Samsung QE65Q9F and LG OLED65E7.

For a smaller version of this XE90 range, check out our review 55-inch version: Sony KD-55XE9005 review.

The XE90 is attractive in a no-nonsense kind of way. The black bezel around the screen is impressively thin, with gleaming aluminium trim. The centrally mounted desktop stand sports a subtle and attractive champagne finish, and features an effective cable management system.

Build quality is more plasticky than that of the step-up Sony XE9305 series and stunning Sony KD-65A1 OLED. However, it’s more than adequate for a 65-inch 4K TV with a full array backlight for only £2,499.

The remote supplied with the KD-65XE9005BU is a little rubbery and lightweight, and it’s a bit busy in its central area. However, it’s far more preferable than the ‘flush button’ handsets Sony shipped with most of its 2016 TVs. 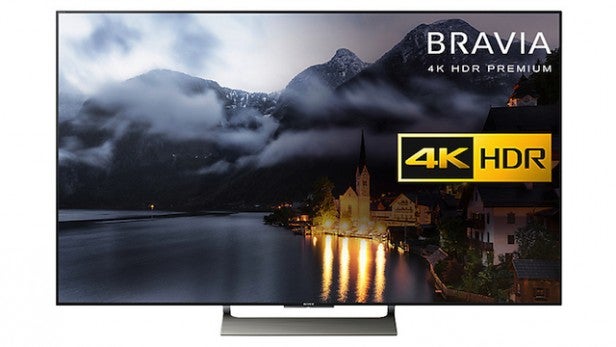 The XE90 is reasonably straightforward to set up, especially if you have an Android phone or tablet. The initial setup menus even help you prepare the TV’s built-in Google Casting support.

You’re also guided through auto-tuning and Wi-Fi setup, and asked if you want to activate the YouView catch-up TV platform (which you do).

Getting the most out of the XE90’s pictures is a little tricky. For most viewing – and most users – I’d recommend a slightly tweaked version of the Standard picture presets. While the Cinema ones deliver more accurate colour tones for films, the Standard preset does a better job of hiding the TV’s backlight limitations. 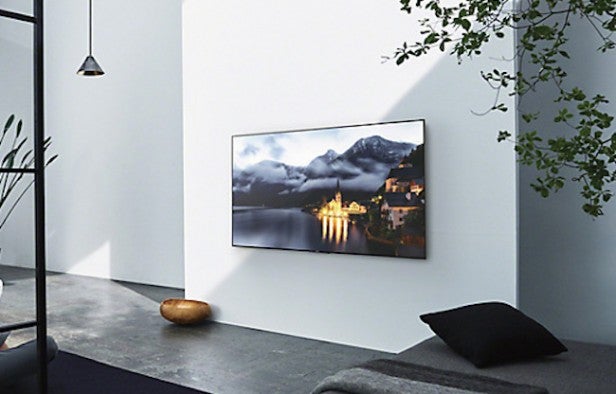 There’s a critical exception to this, however. Namely, that if you’re watching a particularly bright Ultra HD Blu-ray in HDR – particularly a title that’s been mastered to 4000 nits – then every picture preset bar Custom results in a distracting blocking, glowing noise to appear over the picture’s brightest areas.

I’d also argue that the KD-65XE9005BU is best watched in a small amount of ambient light, rather than total darkness, to take its backlight clouding out of the equation.

Since this processor isn’t the X1 Extreme platform found in Sony’s step-up XE9305, ZD9 and A1 OLEDs, the XE9005 can’t be upgraded to support the Dolby Vision HDR format. In addition, it features only a single database for upscaling non-4K content, rather than the Extreme TVs’ dual database system. However, it does still carry Sony’s brilliant Super Bit Mapping for processing away the colour-banding problems that many TVs suffer when playing HDR, as well as powering Sony’s Triluminos wide colour gamut engine.

The XE90’s smart features and interface are delivered by Android, whose clunky, scarcely customisable on-screen menus and focus on app quantity over quality. The good news is that Sony is all too aware of Android’s limitations, and so has looked beyond Google to deliver Amazon and Netflix in their 4K and HDR forms, alongside the UK’s main four terrestrial broadcaster catch-up services via YouView. 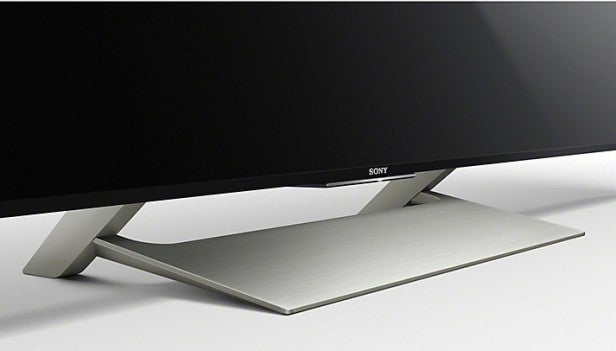 As you’d hope from a direct-lit LCD TV, the XE9005 delivers dark HDR scenes with more consistently deep black levels and less distracting backlight clouding than pretty much any edge-lit LCD solutions. What’s more, it does so without crushing details out of the darkest areas, or leaving contrast-rich HDR images looking excessively dominated by their darkest parts.

In fact, luminance is superbly balanced right across the TV’s supported HDR brightness spectrum, leaving you with a comfortable, natural image in which it’s easy to become immersed. 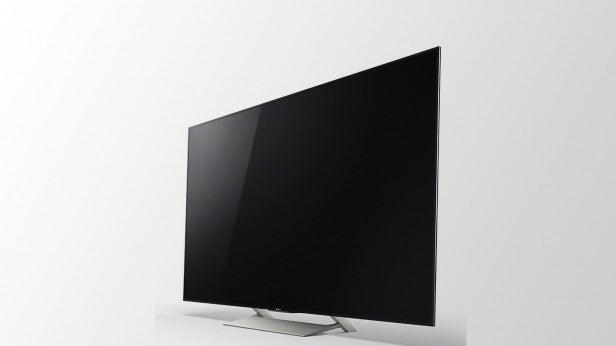 The lightest parts of the KD-65XE9005BU’s images look bright enough to leave you in no doubt that you’re having an HDR experience, yet even if you have a really bright element on-screen – such as a torch glowing against a near-black backdrop – the panel keeps a lid on light pollution around the bright object.

I’m not saying there’s no light ‘haloing’ around stand-out picture elements. Inevitably for its price, the XE90 isn’t exactly overloaded with backlight local dimming zones – I counted only 20. So it’s hardly surprising that a few inches of extraneous light appear around some of the brightest image elements.

This ‘accidental’ light is subtle rather than glaring, however, and even at its worst it’s less distracting than the full-height bars of light pollution with HDR images on TVs that use vertical edge LED lighting.

The XE90’s Triluminos system helps it to deliver a decent expanse of the tonal ranges seen on Ultra HD Blu-ray discs, alongside subtle tonal differences. It doesn’t do quite as well as Sony TVs using the step up X1 Extreme engine, but that doesn’t stop the KD-65XE9005BU from outperforming the colour performance of most similarly priced rivals.

Its refined colour presentation, and outstanding motion handling, helps the TV to deliver plenty of impact from its native 4K pixel count too. Even without its MotionFlow processing active, the KD-65XE9005BU suffers relatively little judder or blurring. However, the True Cinema and even Standard MotionFlow options are so good at removing what little judder and blur there is without causing unwanted processing side effects, that I’m confident many users will opt to use them. 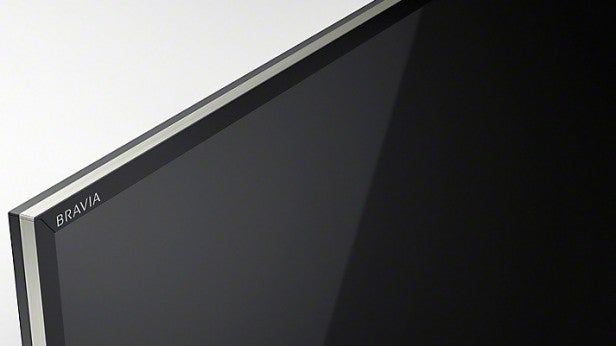 The KD-65XE9005BU also upscales HD nicely, adding detail while simultaneously reducing noise. It doesn’t do quite as well as Sony’s X1 Extreme TVs, but it’s better than most rival mid-range TVs.

Gamers, meanwhile, will be pleased to hear that this TV only suffers with around 30ms of input lag (the time taken to render image data) in both HDR and SDR mode when using its Game preset.

While the KD-65XE9005BU is capable of delivering genuinely lovely pictures much of the time, its gentle backlight haloing around bright HDR objects isn’t its only picture issue. As I’ve mentioned, extremely bright HDR footage can cause some bizarre glowing noise in the picture, which I could only rectify by choosing the Custom picture setting.

Also, while the it does deliver an HDR experience, it’s far from the brightest HDR TV in town, hitting peaks on a 10% window of around 875 nits. This is just over half the brightness Sony delivers with its step-up XE9305 TVs, or that Samsung is set to deliver with its Q8C and Q7F QLED TVs. It places a limit on how spectacular the KD-65XE9005BU’s HDR pictures can get.

I suspect many AV fans will be fine to compromise here in return for the set’s relatively muted backlight distractions, but it’s certainly a limitation you should be aware of.

The final picture flaw is its limited viewing angle. If your seating position finds you watching the screen from an angle of as little as 25 degrees, black levels reduce and the previously restrained blooming artefacts around bright objects become more obvious.

A final word on audio performance: it is nothing to write home about. Bass sounds thin, and treble can become harsh and even distort a little during action scenes. On the other hand, dialogue always sounds clear and credible, and the soundstage is surprisingly large. Still, if you want to watch movies, it might be good to get some speakers or a soundbar. 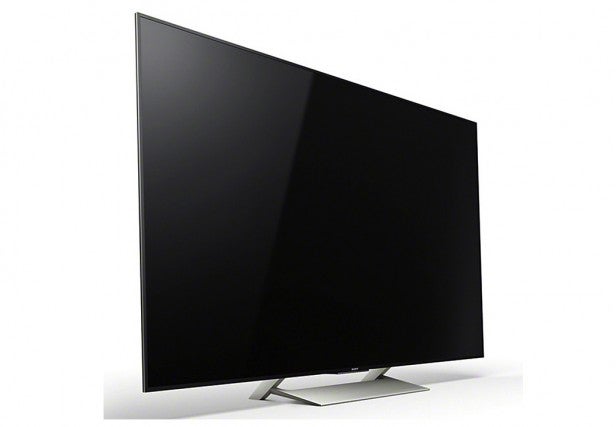 So long as you don’t need a TV that supports wide viewing angles, and you’re willing to trade some brightness for freedom from backlight striping, the KD-65XE9005BU is a strong mid-range TV option. In an ideal world it would be a couple of hundred pounds cheaper, and Sony would fix the HDR peak brightness noise issue for all picture presets.

The bottom line is that there don’t appear to be any other mid-range direct-lit LCD options on offer from other established brands this year. And even if there were, those rivals wouldn’t have the benefit of Sony’s outstanding video processing.

If you can add a further £700 to the budget, Sony’s KD-65XE9305 offers far better HDR-friendly brightness and video processing. When it comes to TVs in the same price bracket, the most likely worthy rivals will be Samsung’s MU8000 and MU9000 series – look out for reviews of those soon.

A greater level of brightness and a few more local dimming zones would have sealed the deal, but the KD-65XE9005BU is nonetheless a strong performer for its money and deserves to become a big hit with AV enthusiasts attracted by its direct LED lighting.