It may look like just another cookie-cutter UHD TV, all ultra-slim bezel and tricked out HDMI inputs, but Sony’s XE90 line offers buyers something a little special: direct LED backlighting with local dimming.

Watch: What is HDR and Hybrid Log-Gamma?

Cosmetically, there’s much to like about the XE90. The TV uses an eminently practical pedestal stand with integrated cable management. The bezel is ultra thin with a premium-looking aluminium trim.

The set is reasonably slim, given that it has to accommodate the backlight – but annoyingly, it still has an outboard power brick that you’ll need to squirrel away. You’ll need a little bit more than W122.8 x H77.2 x D25.9 cm. The set weighs 16.9kg.

Connectivity is good. There are four HDMI inputs, all of which are 4K HDCP 2.2 compatible. There’s also a component AV input for legacy kit, Ethernet, an optical digital audio output plus three USBs – one of which is suitable for hard drive time-shifting. The CI slot is hidden behind a plastic flap, and Wi-Fi is dual band.

While the set looks upmarket, it’s accompanied by a rubbery remote control that feels a little cheap.

The smart platform is Android, albeit augmented with a YouView EPG app. This ousts the Freeview EPG during setup, and offers a full complement of main channel catch-up TV services.

Apps include Amazon Video, Netflix and YouTube. Amazon Video streams 4K with HDR if your broadband is fast enough, and YouTube is 4K friendly. However, the Netflix client is HD only. Hopefully this is a temporary situation – we would expect a Netflix 4K update sooner rather than later.  Other OTT services provided include Google Play, Wuaki and PlayStation Video. 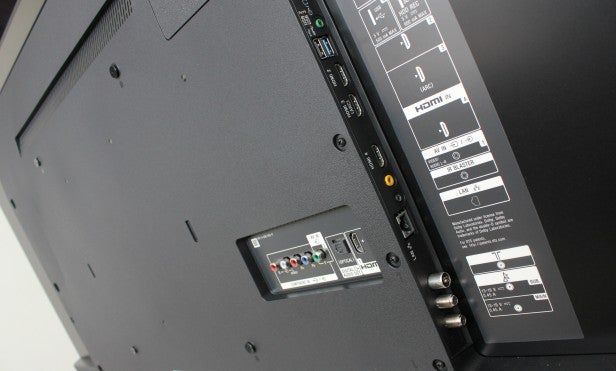 Picture quality doesn’t disappoint. The direct LED backlight makes an immediate impression when it comes to image quality. Black-level uniformity is far better than on edge-lit sets, with none of the ugly splotching typically seen at the edge of the screen.

The panel is native 100Hz, and this helps motion handling. Sony’s Motionflow processor comes with a variety of settings. Stick to Standard or Custom (with Smoothness set to 3 and Clear to Min). Avoid Clear, which is too dark to be palatable, and Smooth, which display more artefacts than the British Museum. 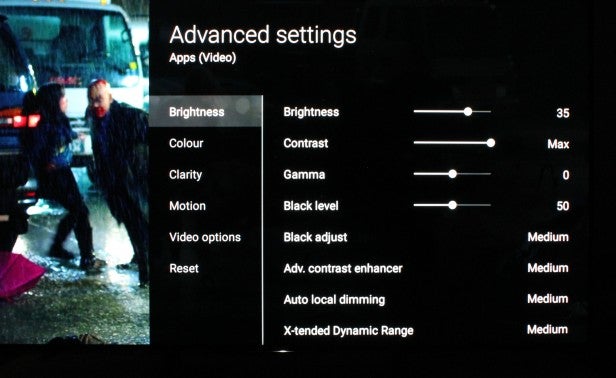 The XE90 introduces a new picture processor to the Sony UHD fleet, the X1 HDR. This borrows much of the tech seen in the X1 Extreme processor used further up the Sony chain – namely, Super Bit Mapping 4K HDR and object-based HDR remastering.

The former is used to reduce image banding with low bit-rate sources, while the latter intelligently upscales everyday standard dynamic range contrast to create an HDR-like image. This is on by default, and works brilliantly well. Any fears that images will look overly processed are unfounded – it just adds a realistic vibrancy to footage. To see material without HDR remapping, you have to use the Cinema Pro preset. But you’ll soon want it back.

However, close scrutiny does reveal additional artefacts created by the process. If you want pure high-frequency 4K detail, it should be turned off. That said, I rather like the post-processed image. So should it be used or not? This is a moral quandary that perhaps only you can answer.

Contrast is high. Using X-tended Dynamic Range Pro with XDR, Sony says the set has five times the contrast of a conventional LED TV. This compares to 16x on the top-end ZD9.

HDR performance is rewarding. While some may advocate the brightest possible peak luminance for HDR, this can be visually fatiguing. The XE90 finds a nice middle-ground: images are enjoyably HDR-ish, but don’t frazzle your retinas.

The set doesn’t have enough LED clusters to fully eliminate bloom. This can still be seen when you have a bright highlight on a black background, but it isn’t overly intrusive. When highlights fade, the set delivers an extremely convincing deep black.

A firmware update for HLG (Hybrid Log-Gamma) broadcast HDR will be available in due course.

Of course, it’s all too easy to fixate on elements of HDR performance, but that really doesn’t tell you everything about a TV’s overall picture merits. The vast majority of content you’ll watch is unlikely to be HDR-encoded, so the set’s handling of regular HD and 4K is crucial. And here the XE90 warrants two thumbs up.

Colour reproduction is lively. The wide colour gamut Triluminos panel is rich and fruity, while dark tonality is handled well.

There’s an inevitable loss of colour and contrast when viewed off-angle – but that’s the price you pay for not bagging the best seat in the house.

Perhaps, one of the biggest surprises about the XE90 is its audio performance. With no visible speakers, we fully expected it to sound thin and monophonic. However, Sony has done a remarkable job given the form factor.

The screen goes loud, thanks to a 2 x 10W power plant, and has a well-rounded mid-range. It’s fine for casual viewing, and maybe even a night of crash-bang Arrow and Flash heroics. 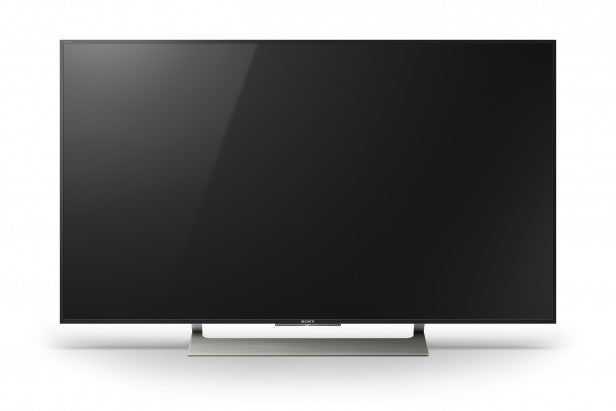 If you want a 4K UHD set that offers good background uniformity, looks excellent with everyday HD and 4K, and can deliver HDR highlights without jarring backlight effects, then this direct LED backlight model will have considerable appeal.

However, if you want an extreme hit of HDR (1,000-nits plus) then this isn’t the set for you. It isn’t as thin as an edge-lit set, either.