What are the Skullcandy Hesh 3?

The Skullcandy Hesh 3 are fairly affordable, full-sized wireless headphones. They have a recommended price of £99.99, but browse online and you’ll be able to pick up a pair for an even more attractive £79.99.

These are the most grown-up full-sized headphones Skullcandy has in its lineup. They look great and offer much-improved sound over the older Hesh 2.

They’re a solid buy, although not quite the best-sounding in their class – and some won’t like their clamp-like fit. 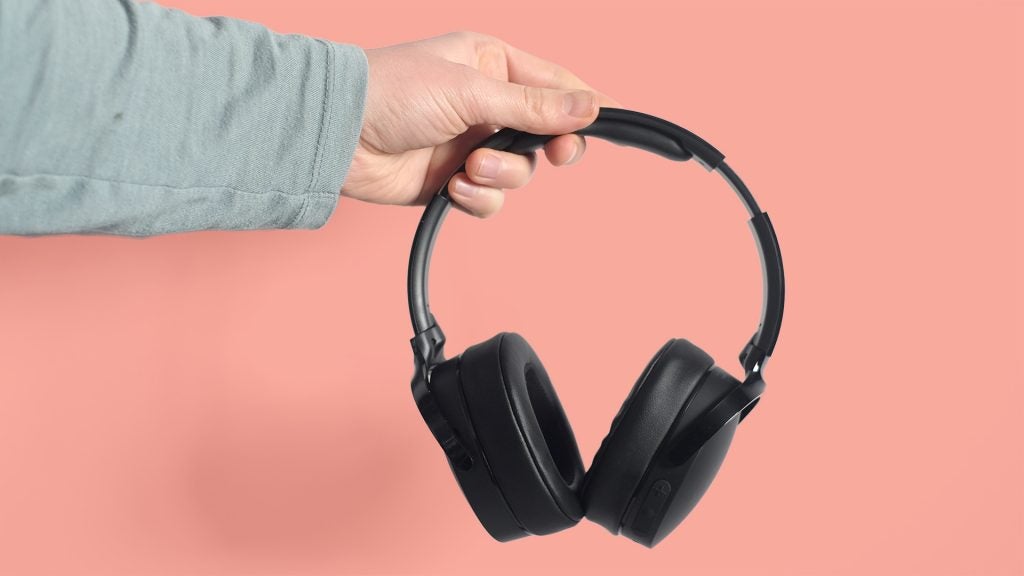 Until recently, Skullcandy headphones have sported a very similar look. Featuring a giant skull, models have been available in a range of out-there colours including lime green, neon pink khaki, rainbow vomit and gold with pearlescent inlays; and black too. 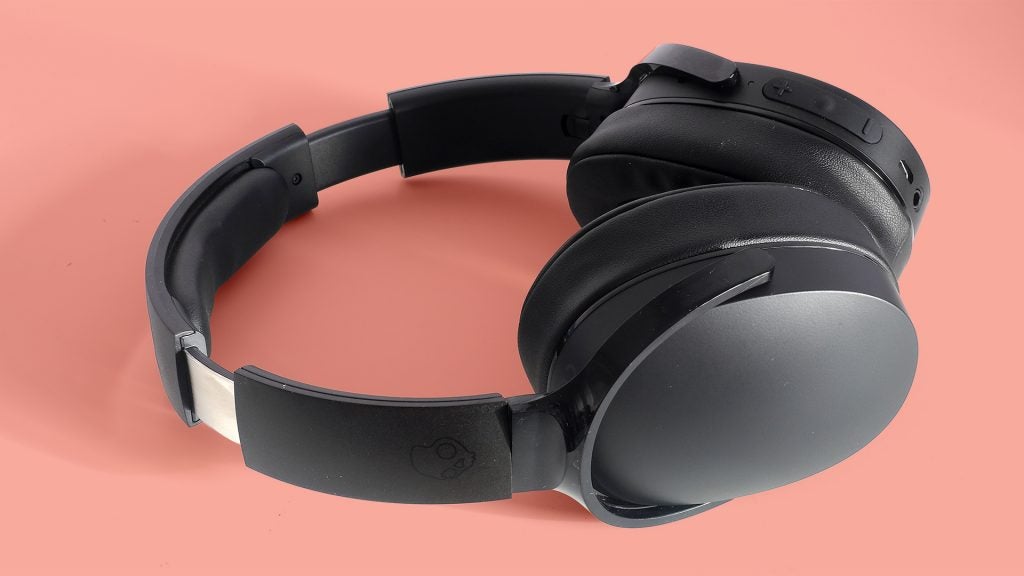 The Hesh 3 outer is made of matte black plastic, with the stem that links the cups to headband a glossy black plastic. And the cups fold in to offer a degree of portability.

Judged on look alone, these headphones could easily pass for a pair costing £150. In the hand, though, they feel far more affordable. Perhaps this is a result of the thinner plastic; they just aren’t as solid as the Sony headphones they look like or – nearer the price – the Audio Technica ATH-M50X.

One of the side effects of this type of construction is limited isolation. While I haven’t experience any issues with music playing, when simply walking around wearing the Hesh 3 it’s clear they don’t cut out any more than high-frequency sound. 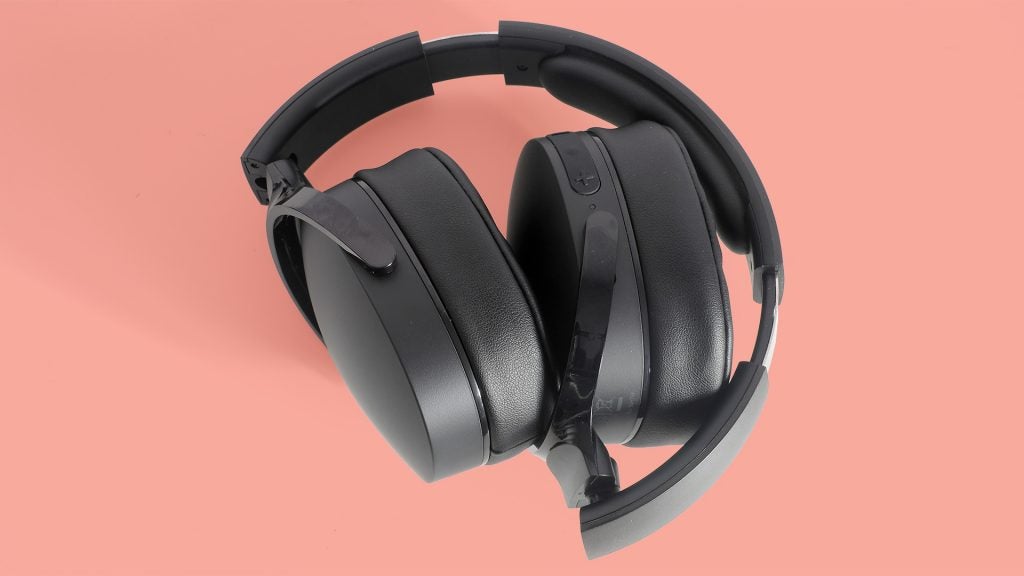 Comfort is another potential issue. The Skullcandy Hesh 3’s super-thick foam pads feel great initially. However, the clamping force of this band is quite strong , which I’ve found can result in pretty serious each ache after a while.

The issue is the constant pressure on your earlobes and cartilage. This can be minimised by ensuring the top of your ears nestle right into the top of the cup opening. But when put on your head with little thought to placement, I’ve been surprised by the level of pain these headphones can cause. It may be down to the memory foam creating pressure points in places.

If you’ve got small ears then this is unlikely to be a problem. This is one instance when it might be wise to try before you buy. 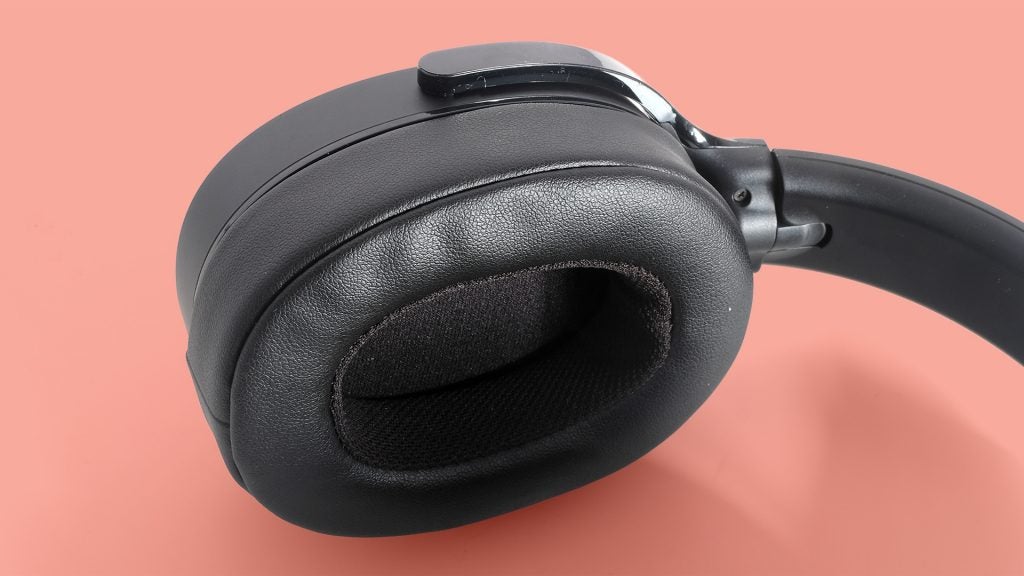 The Hesh 3 are Bluetooth headphones, but they don’t offer more special features such as aptX HD and active noise cancellation. However, if you’re simply after a solid, affordable wireless set of headphones then you won’t necessarily be wanting these extras.

Skullcandy has the basics nailed down. Bluetooth stability is very good and at 22 hours battery life is solid. The headphones offer rapid charging, too. Five minutes of charging from flat gets you 90 minutes’ use.

After years of testing wireless headphones, I’ve been needlessly topping up the battery regularly, and would really appreciate a way to check the level. Unfortunately, the Hesh 3 don’t break the mould. You’ll hear a voice prompt when the battery is low. You can switch to using a cable if you’re out of juice; one is included in the box.

The Skullcandy Hesh 3’s right cup is home to three buttons that let you play/pause and alter volume. A three-second press skips a track, rather than the usual multi-tap gesture. 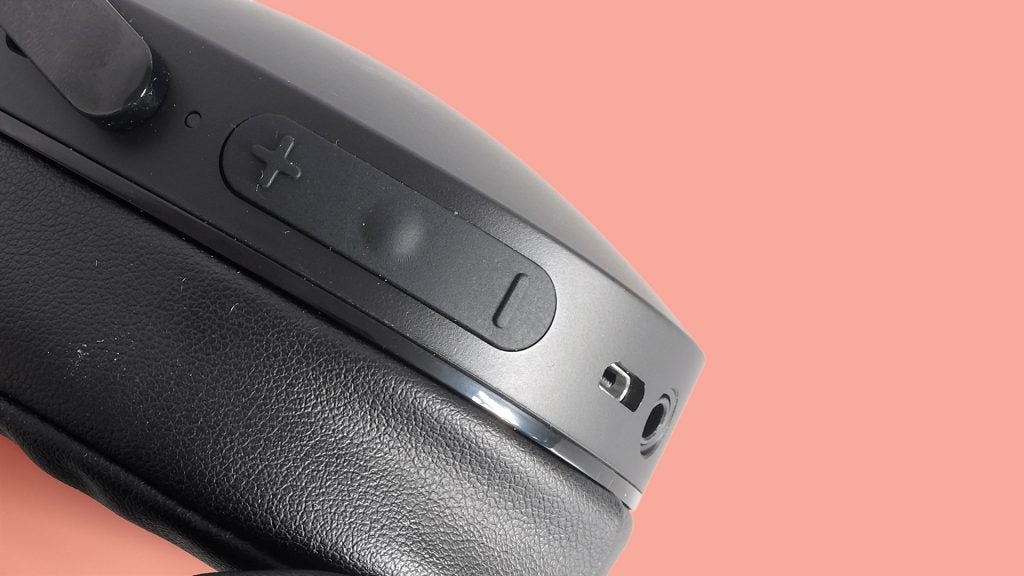 Skullcandy hasn’t just taken the insides of the old Hesh 2 and plugged them into the Hesh 3’s grown-up shell. The sound is significantly different, and offers a huge improvement.

Bass is still emphasised, but it’s closer in style to other street headphones, with less of a swamping effect. Mids are slightly recessed, but are much better defined than those of the Motorola Escape Pulse+. There’s some texture and detail here, with none of the boxy or flat sensibility demonstrated by some entry-level wireless headphones.

There’s minor bass bleed, but it really is quite minor. It doesn’t hold the Hesh 3 sound back too much. 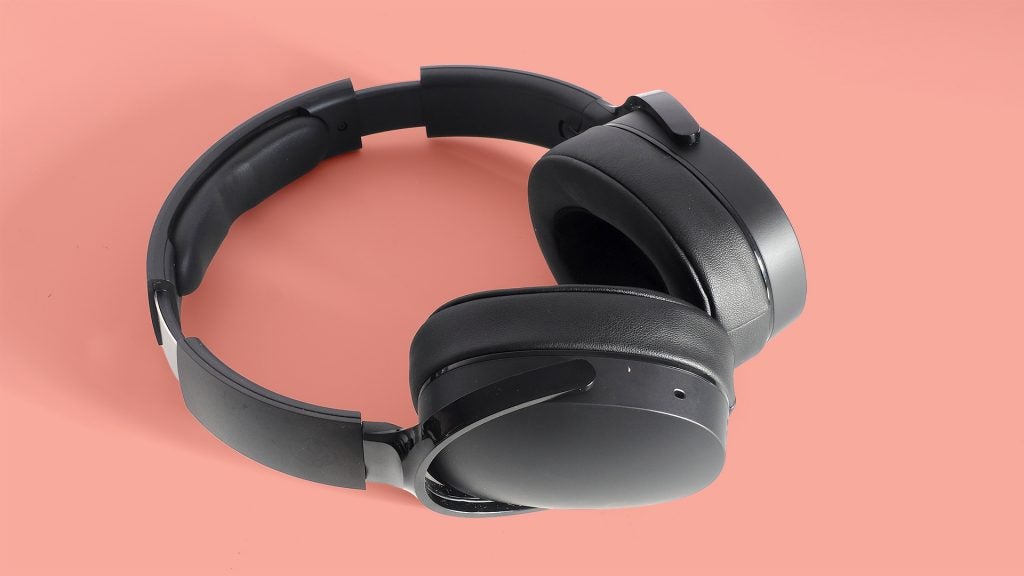 Treble is surprisingly crisp, far more than is on display in other Skullcandy headphones I’ve used. This treble is responsible for quite a lot of the Hesh 3’s energy; the sound isled by the treble and bass, not just the low-end.

The treble has an unfortunate side-effect, though: it magnifies hiss and digital noise. There’s a frequency spike in the upper registers. It doesn’t sit in the same register that causes sibilance, but it does highlight digital noise introduced by either the Bluetooth transmission or the DAC. It could be either, but since the Hesh 3 don’t support the higher-quality aptX codec, it could well be the Bluetooth stream at fault.

Listen carefully and it sounds like some vocal lines are being backed-up by a quiet rustling of crisp packets. This tone is low-level fatiguing. It isn’t harsh as such, but a persistent granularity to the upper registers make the Skullcandy Hesh 3 a poor partner for a headache.

The Hesh 3 don’t stand out like the Method Wireless do in their class, but they’re enjoyable, if not the smoothest headphones around. 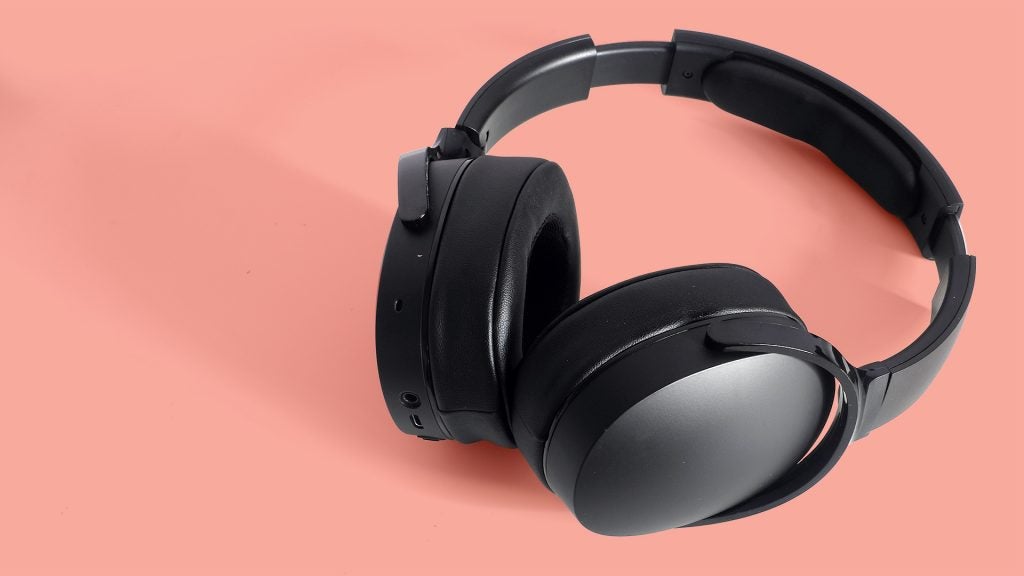 Why buy the Skullcandy Hesh 3?

The Skullcandy Hesh 3 suffer different problems to some of their rivals. They sound better than the JBL E55BT, Sony XB-650BT and Motorola Escape Pulse+, offering cleaner bass or better mid-range clarity. Or both.

The problem is with that strange localised treble lift, which highlights any issues in digital tracks, plus the headphones’ own wireless transmission.

If you’re happy to switch to on-ear headphones then the AKG Y50BT and Urbanista Seattle Wireless sound better. But if you’re not too treble-sensitive and love the look of the Skullcandy Hesh 3, you could do a lot worse.

This is a whole new, grown-up direction for Skullcandy. These headphones aren’t perfect, but we like the direction in which they’re headed.