What are the Motorola Pulse Escape+?

The Motorola Pulse Escape+ are affordable wireless headphones. They’re designed to look like street headphones that might cost over £200, but are only £50.

That illusion disappears when you actually get your hands on the Motorola Pulse Escape+. And the sound quality is only about right for the price. They are beaten by their best sub-£100 rivals, such as the Urbanista Seattle Wireless and AKG Y50BT.

However, we do have some residual admiration for the Motorola Pulse Escape+. They are substantially cheaper than most big-brand competitors. It’s a pity that their wireless transmission is buggy, though: see the “wireless” section of this review for more. 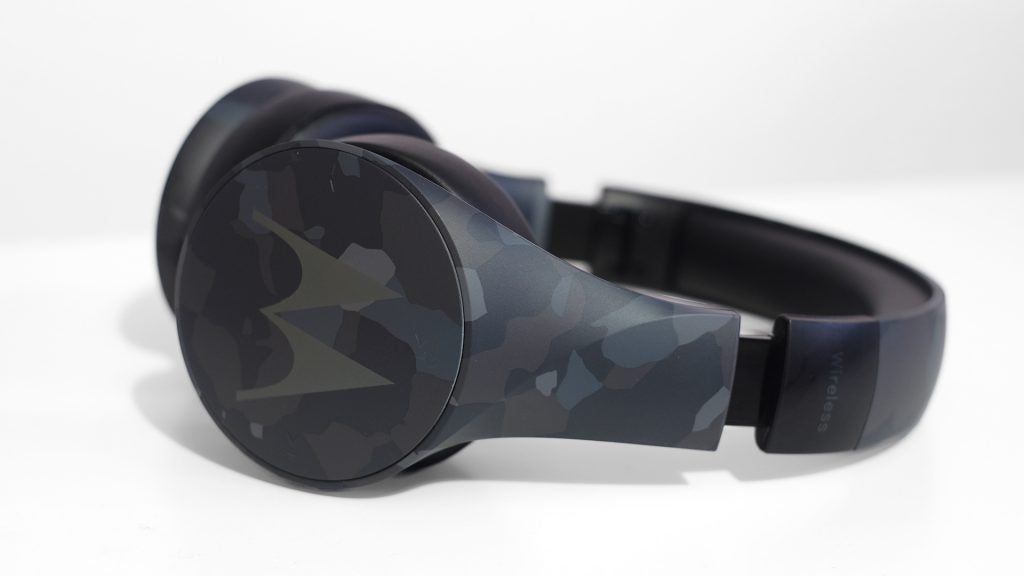 The Motorola Pulse Escape+ are full-size wireless headphones. At this level you’re usually restricted to the smaller on-ear kind if you need Bluetooth, and even then price tends to be much higher than this pair’s £49.99.

Held at arm’s length, I wouldn’t have blinked if I was told the Motorola Pulse Escape+ cost £169.99. They have the tempered aggression of a street headphone, with smart-looking contours and a very subtle camouflage finish on the cups.

Up close, the impression they leave is a little different. The outer of these headphones is all-plastic, which is fine, but the plastics used feel hollow, like those of most very low-cost pairs. 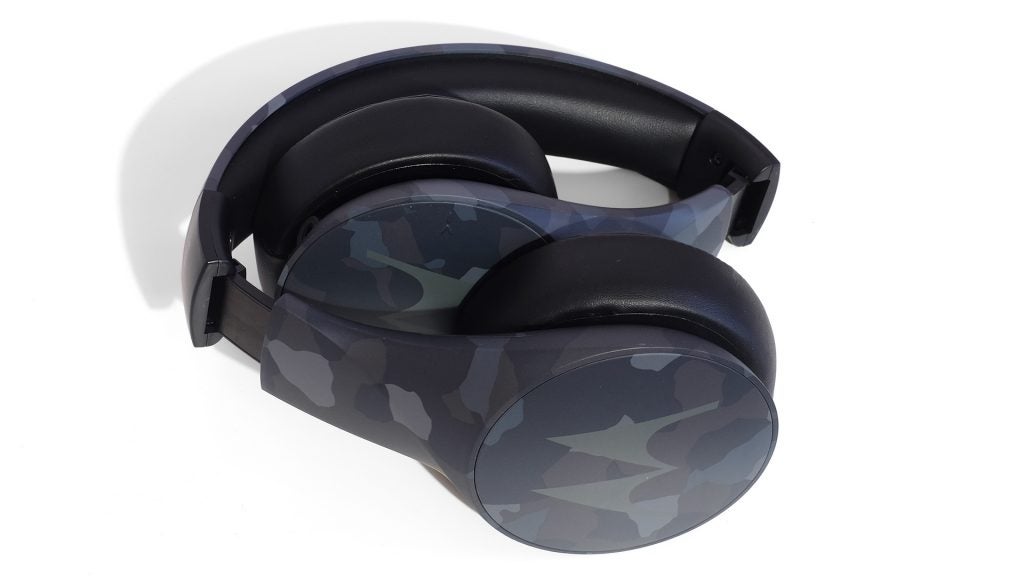 Little attention has been paid to the tactile experience of the Motorola Pulse Escape+ too. I’m talking about what it feels like when you pull out the cups from the headband to fit your head, and the action of the hinge that lets the cups fold into the band for extra portability. Everything is harsh and severe. Folding the stems sounds like cracking bones, altering the headband like a baby farting.

A more expensive pair would have more thought applied to these finishing touches, and entry-level rivals like the Skullcandy Grind seem more refined in this area too.

For £50 I don’t think it is a major problem. But don’t approach the Motorola Pulse Escape+ expecting them to feel like the Beats Studio, just because they look like a distant cousin of that pair.

Comfort is fine thanks to the thick foam padding of the band and cups, although there’s very little lateral wiggle room to the cups and the holes in the pads are small for a full-size pair. Again, the Motorola Pulse Escape+ fall short of luxury, but I’ve worn them for several hours at a time without issue. Some will find the pads irritate their ears after a while, though. 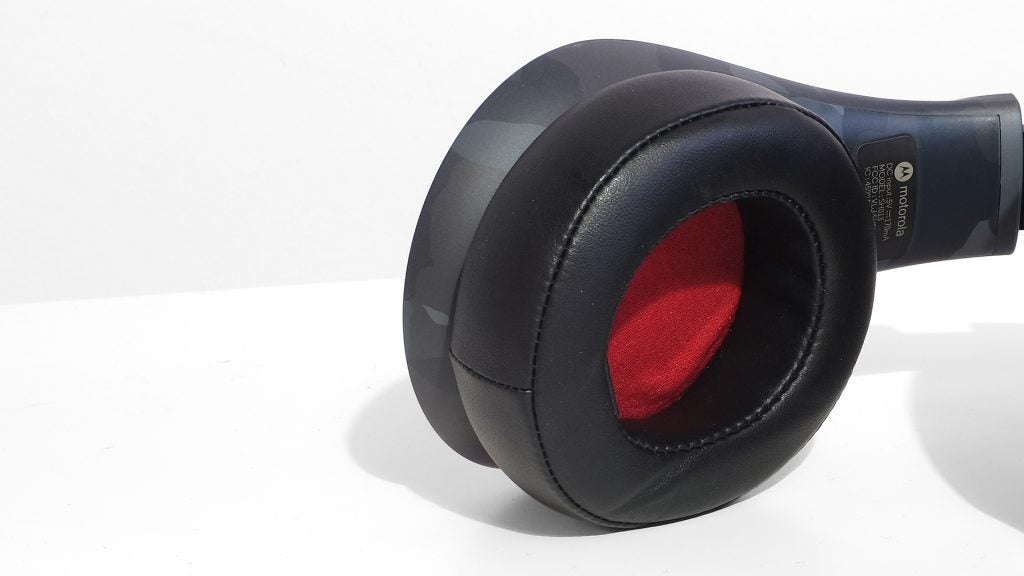 The Motorola Pulse Escape+ use Bluetooth 4.1 for wireless transmission and a full charge offers up to 20 hours’ use. This is great compared with most wireless pairs of, say, two years ago. However, improvements in Bluetooth chipsets seem to be fast making this the standard in all pairs with room to fit a larger-than-pea-size battery.

Wireless signal reliability is good, with no major interference issues when using the Motorola Pulse Escape+ out on the street.

However, there is a bizarre bug that I would not expect to see from, for example, a Sony wireless pair. At times when the Motorola Pulse Escape+ are connected wirelessly to a phone, you’ll either only hear audio in one ear, or the channel balance will be messed up as if the stereo feed was skewed 75 per cent over to the left or right. It’s a worrying QA issue, although seems to happen mostly when the battery level is low.

Pairing can be slow too, although I still consider the solid everyday performance to be the main factor here. 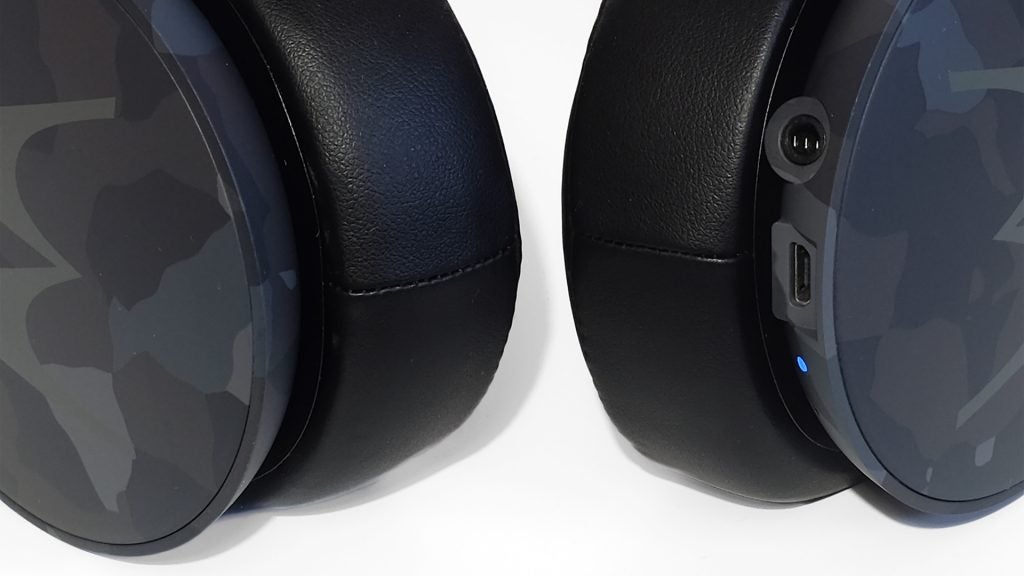 The right cup features a few controls built into its surface. These are clicky buttons rather than touch panels, and let you control volume, track choice and play/pause. You can also get a handy verbal prompt of the battery level when you press the two volume buttons together.

Buttons are preferable to touch pads here. They are less fiddly and won’t stop working when it rains. These headphones are, unusually for the price, certified to IP54 water resistance. This means they can take water spray from any direction, a little surprising given there’s a microUSB and 3.5mm cable input on the bottom of the right cup. You can wear them in the gym, or out in the rain.

The Motorola Pulse Escape+ also avoid ruining video, with an only fractional delay between the audio sync of your phone and the headphones. And if you can still notice the fistful of milliseconds’ delay Bluetooth adds, you can plug the included cable in instead. It has one-button play/pause control and a mic.

These headphones use 40mm drivers, the standard size for a big pair like this. And as the sensible among you may have already guessed, they don’t sound quite as good as the £150-plus headphones they seem similar to.

The Motorola Pulse Escape+ are inoffensive-sounding, and do have some of the soundstage benefits of a larger pair. They are not harsh, or thin, they do not have the annoying booming bass that used to be common among cheaper street headphones.

They don’t sound worse than some more expensive on-ear headphones like the Urbanears Plattan 2 BT, making them a solid choice if your budget is low and you are keen on the idea of big Bluetooth headphones. 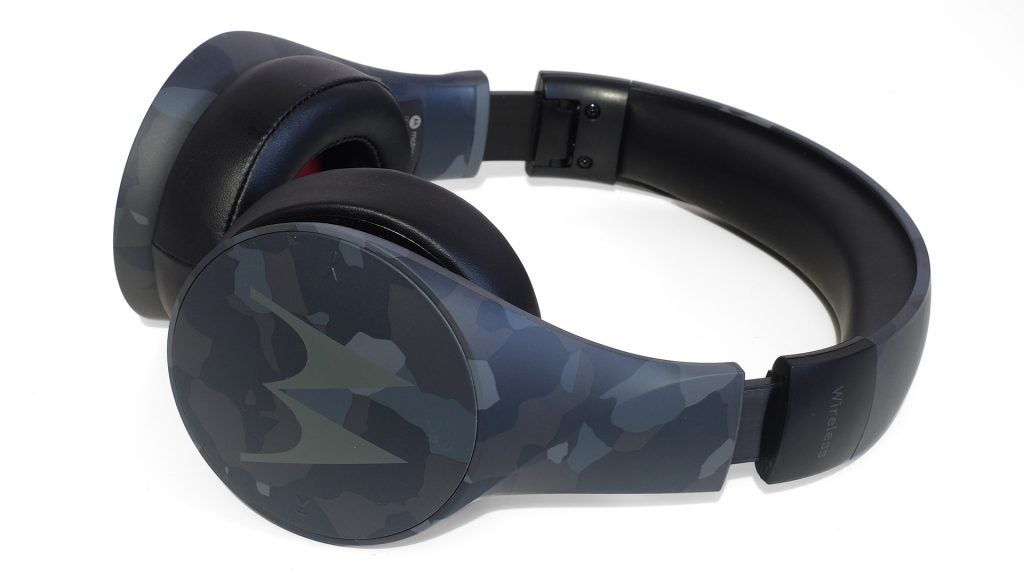 However, they don’t rise above the basics of sound in the way the Urbanista Seattle Wireless do. They are on-ear headphones £20 more expensive, but if you’re picky about sound quality I’d recommend considering the extra expense.

The Motorola Pulse Escape+’s mids are low on texture, limiting how well they can render vocals. Mid tonality is slightly synthetic-sounding too. Listening side-by-side with the Skullcandy Grind, Skullcandy’s mid-range definition is better.

The bass and treble composition comes across as balanced, but they don’t have the quite the bass energy or general sound dynamics the youthful design would suggest. However, if you’re not a bass freak you could take this as a deliberate reserve, particularly as low-end presence is fairly consistent right down to ultra-low sub-bass frequencies.

At one point I even took the pair off to check the ultra-low rumble from a deep synth drone was actually coming from the Motorola Pulse Escape+. It was.

When playing electronic music, say the atmospheric dance of Photay, you get a much better soundstage than most wireless headphones in this class. And the (for the most part) lack of vocals does not highlight the dead-eyed mids. 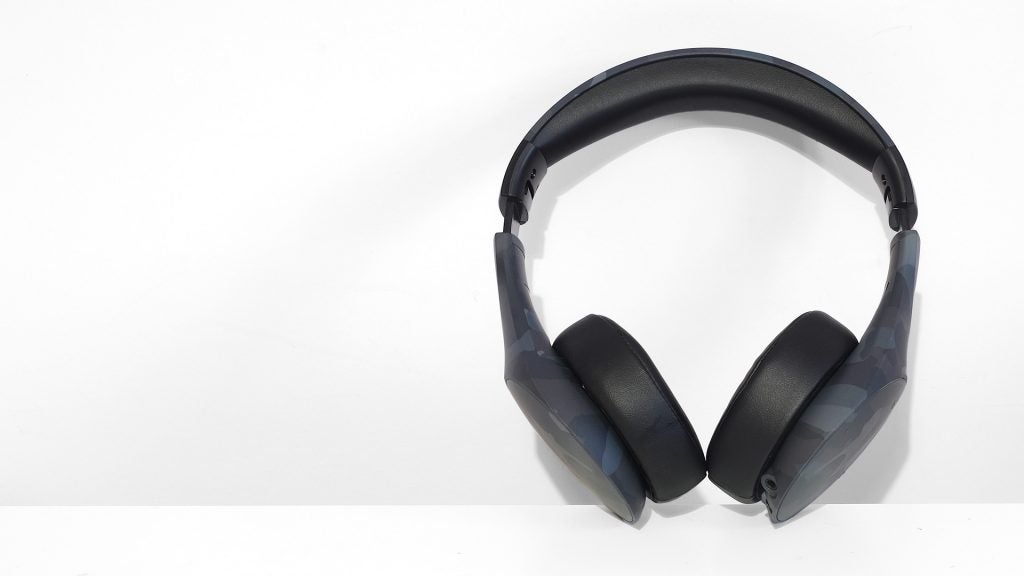 Why buy the Motorola Pulse Escape+?

The Motorola Pulse Escape+ are tricky to pin down. Getting full-size, decent-looking wireless headphones for under £50 sounds like a major bargain. Good battery life and solid performance during use only adds to their appeal.

However, the channel balance issue that crops up every now and then when re-pairing wirelessly is concerning. And while the added soundstage width of these headphones’ larger drivers is welcome, making many rivals sound frankly small by comparison, the mids are pallid dough.

The AKG Y50BT and Urbanista Seattle Wireless flatten this pair in their delivery of vocals in particular. But as they are on-ear and 25-100% more expensive, I’m left scratching my head a little. Saying “pay more” isn’t helpful when you’re on a tight budget. Bugs and sound quality issues aside, these headphones get you a lot for your money.