What are the Urbanista Seattle?

The Urbanista Seattle are stylish wireless on-ear headphones at a price that won’t make you run away screaming. Not if you’ve seen what Sennheiser and Bose charge, anyway.

These are on-trend headphones, capitalising on the recent upsurge of interest in wire-free pairs. They sound great, too, and won’t fall off your head during a run at the expense of comfort.

You really can’t do much better for less than £100. 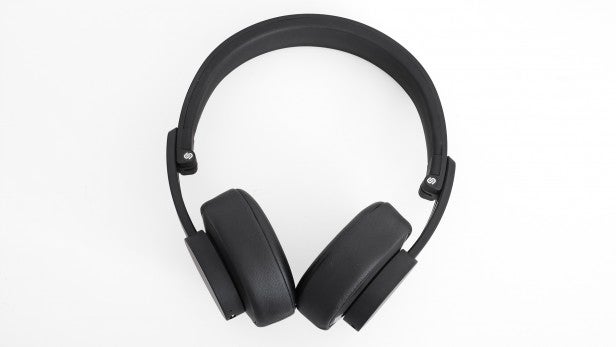 The Urbanista Seattle are on-ear headphones, similar to the Beats Solo 3 Wireless in shape, but at under half the price. These headphones also have a much simpler, less obviously branded style than any Beats pair.

Just look at them: no logos on the cups or headband; only tiny little Urbanista insignia by the headband hinge and a logo printed on the inside. They’re some of the most low-key headphones that still look like streetwear.

This approach starts to make sense when you learn that Urbanista is a Swedish company, adopting the same sort of ‘Scandi’ design that helps make IKEA so popular. 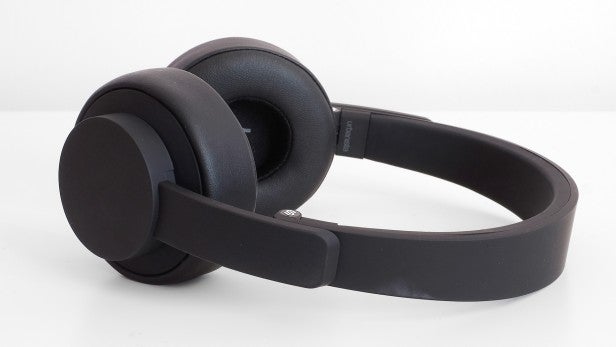 The entire outer of the Urbanista Seattle is soft-touch plastic, which has a matte finish, and the headband padding is rubber rather than synthetic leather. It’s similar to what you’ll find on the Beats Solo headphones, and is designed to stay put on your head better.

The pads use standard faux leather with memory foam beneath, although by feel I’d guess it was a thin piece of memory foam on top of standard reflex foam. I find the grip strong enough to wear the Urbanista Seattle while running, and have also been pleasantly surprised by their comfort. On-ear headphones with decent grip tend to cause ear discomfort after some time, particularly for glasses-wearers. I’ve worn this pair for several hours at a time without any issue. 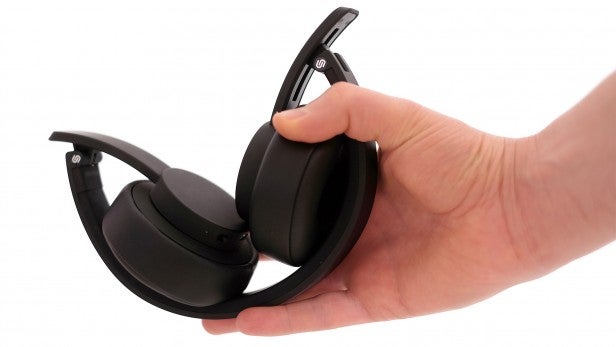 Although you’re nowhere near to getting a Bose-like luxury feel, it’s a softer fit than the Beats alternative. The Urbanista Seattle also fold up to ensure they take up less space in your bag. Note that the cups don’t swivel, however.

The inclusion of Bluetooth 4.0 allows for wire-free audio from your phone. The battery lasts a respectable 12 hours, and there’s a 3.5mm socket on the left cup, should you run out of power away from a charge socket.

Wireless performance isn’t quite as good as the latest Sony or Beats wireless headphones – there were occasional blips – but it didn’t ruin my overall experience and nothing out of the ordinary. 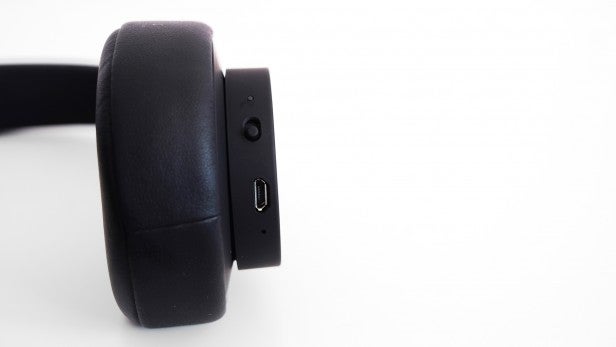 There’s just one little power flicker on the left cup, since all the other controls are handled using the right cup. The touch surfaces means you flick up and down to change volume, left and right to change tracks and tap to play/pause.

When you want to change something quickly, or make more than one adjustment, these touch controls aren’t as handy as a traditional button. However, they’re just fine for the sort of minor tweaks I tend to make: a quick pause, a slight volume change.

Bar the touch controls, the Urbanista Seattle’s tech is otherwise ordinary. There’s no NFC and no support for the aptX Bluetooth codec. 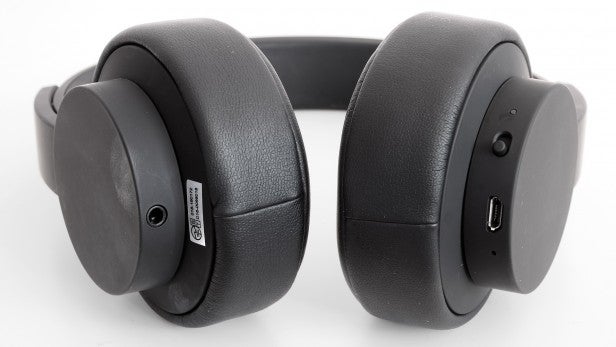 I’m a fan of the price, the design and the pure practicality of the Urbanista Seattle, but it’s the sound that makes them really worthy of a recommendation. While there are issues in certain areas, these are comfortably the best of this style I’ve heard for less than £100.

Let’s start with the bad bits. The Urbanista Seattle have boosted bass, and it isn’t as well integrated as the bassy lean you’ll hear in a Sennheiser Momentum headphones, or as bouncy as that of the AKG Y50BT. After spending time fiddling with the EQ settings, the Seattle sound better-balanced and cleaner after a -3dB low-bass and ‘normal’ bass reduction. 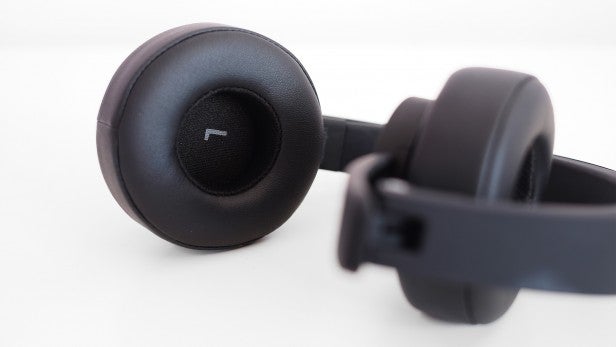 The bass boost is much less distracting than that of the Sony MDR-XB650BT, which is one of the Seattle’s top rivals. Here the bass can be slightly distracting with some tunes, but it doesn’t boom. It’s also an important part of the Urbanista Seattle’s sound personality, and plenty of people aren’t after the more neutral tone that my ears like.

Even my picky ears can’t pick out too many other problems with the Urbanista Seattle sound, however. It’s nice and wide for a reasonably affordable pair, the detail level is good without over-egging the treble – which is clean and smooth. Again, the pricier AKG Y50BT have a little more bite, if that’s what you’re after. 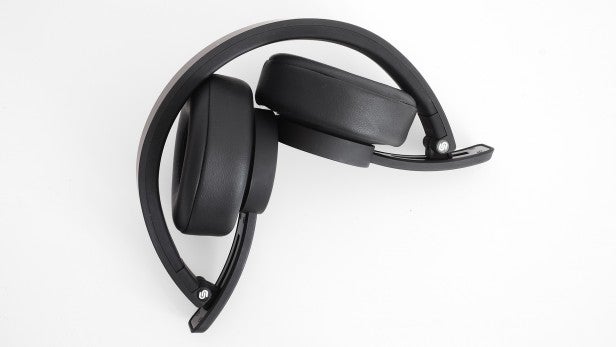 The mids were never going to be ultra-detailed at this price, but crucially, they aren’t just a wet blancmange between the fun bass and the treble. There’s a decent amount of texture here for the price. Like the higher frequencies, it’s smooth without seeming soft.

The Urbanista Seattle have more refinement to their tone than most headphones at this price. They don’t have a true high-end sound, but having used them for the past few weeks, they’ve become the pair I pick up most often out of a cast of about ten £100-ish pairs. Plain enjoyable, this is mainstream sound done right. 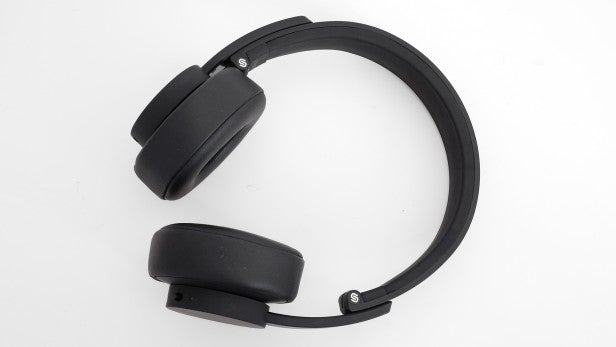 Should I buy the Urbanista Seattle?

If you want an all-purpose pair of wireless headphones for less than £100 then the Urbanista Seattle are currently what I’d recommend. While the Sony MDR-XB650BT have better features, including far longer battery life, NFC and aptX, I think most will prefer using these headphones day-to-day. They’ll stay on your head during exercise, and they sound better too.

Like most headphones in this class, there’s a crowd-pleasing bass boost. And the rest of the sound is smooth without sounding soft, and has displays decent detail. There’s little to dislike.

However, if you’re happy to spend a little more, the AKG Y50BT offer similar sound but with extra treble bite.

One of the best set of sub-£100 wireless headphones out there.