What is the Samsung UHD Video Pack?

The UHD Video Pack is a 500GB hard drive containing – whoop! – genuine Hollywood movies in 4K. It’s available free with the majority of Samsung’s UHD TVs if you buy before 14 December 2014, and it can also connect to some of Samsung’s 2013 models.

With native 4K content still in desperately short supply at the time of writing, the UHD Video Pack is a significant moment in 4K’s development, and a potentially key element in your 4K TV buying decision. 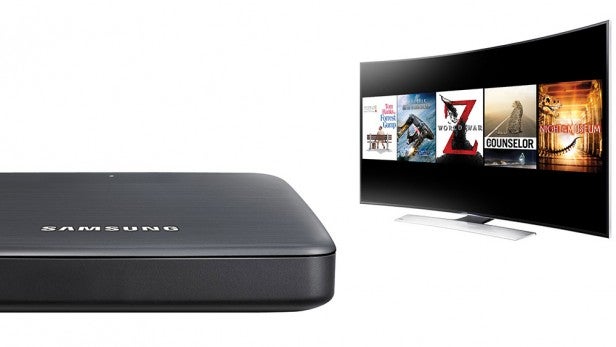 The UHD Video Pack looks pretty unassuming considering its importance to the burgeoning 4K story. It’s just a small, slim box with one rounded end and a glossy grey finish. But then, of course, for all the fanfare that might accompany its arrival, it is still ultimately just a hard drive with some AV files on it!

Intriguingly the Video Pack connects to Samsung TVs via USB, rather than HDMI like all the other not-publicly-available UHD/4K servers we’ve been using over the past few months.

Obviously using a USB connection raises some questions over what video and audio formats the Video Pack can provide. But actually USB 3.0 can carry films, documentaries and ‘showreels’ in the HEVC H.265 format at frame rates up to 60fps, using 4:2:0 chroma subsampling, accompanied by audio tracks that can vary from AAC on some of the included documentaries to Dolby Digital for the three key Hollywood movies the Video Pack currently carries.

You can choose to use the TV’s built-in speakers for playing the audio, or send it out to a surround sound receiver via your TV’s digital audio output. Although the mixes are converted to legacy Dolby Digital when they pass through the TV.

Next up we ought to get into exactly who can use the UHD Video Pack. At the time of writing it’s available free, by redeeming a coupon, to anybody who’s bought a new (not second-hand) compatible Samsung UHD TV between 16 October 2014 and 24 December 2014. 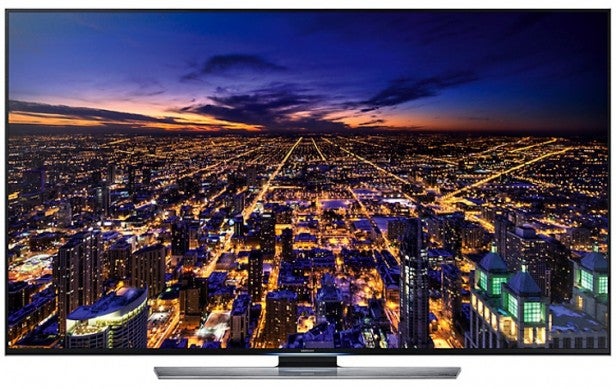 If you were paying attention back there, you might be wondering why Samsung says the pack is compatible with 2013 TVs when it’s currently only available with new 2014 TVs. The answer to this is that Samsung will shortly be putting the Video Pack on sale separately, for £149.99. HOWEVER! People with other brands of 4K TV thinking of snapping up a Video Pack when they go on sale should note that it’s encrypted so that its files will only play on Samsung TVs.

We’ve cunningly failed so far to namecheck the three big Hollywood movies contained in 4K um4 files on the UHD Video Pack. So let’s correct that now. They are: The Counselor, The Life of Pi, and World War Z. Which by our reckoning adds up to one good film, one decent film and one pretty poor film. (Sorry, Ridley Scott, but The Counselor really isn’t your finest hour.)

All three are, at least, exceptionally good-looking examples of their art – especially The Life Of Pi. So they’re great choices for showing off the joys of 4K/UHD.

It turns out, though, that these three film highlights are far from the end of the content on the UHD Video Pack. You also get a few of Samsung’s own short 4K demo sequences, plus a series of documentaries/travelogues: Grand Canyon Adventure, San Francisco Flow, Bailee Moore, Atmosphere, Khumbu Valley, Mix, Myanma (Burma), Vancouver City 2, Sojourn, Oregon, Let Me Know When You See Fire (Phantom Fire), Dive To The New World, and World Surrounds Me.

The menu system for accessing the content is a bit clumsy – all the UHD videos are lumped together rather than you being able to, say, separate out the three ‘proper’ movies. Though on the upside the interface is attractively presented, with extensive use of high-quality graphics, artwork and stills.

One of the biggest questions surrounding 4K is just how large 4K video files are. So you may be interested to know that World War Z, The Counselor and The Life of Pi come in at 33.81GB, 34.19GB and 37.73GB, respectively. Ouch. 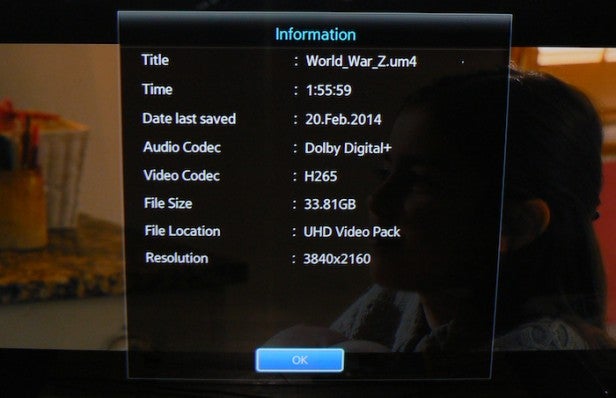 As well as being able to access basic technical information on each of the films – video codec, sound format, file size, running time and picture resolution – you can select different subtitle options for each, where such options are available.

We can’t help but reflect that it’s a pity there are only three big movies on the UHD Video Pack. When Samsung first discussed the possibility of such a product a few months back, there was talk of making as many as 50 UHD films available over the course of a year via downloads. So being now locked to just three full films is a bit of a come-down. Still, there are a good few hours’ worth of content here overall, so while you’ll eventually run out of stuff you haven’t seen before, at least you’ve got a decent amount of demo stuff for showing off your 4K TV to your mates!

There’s not much to say here, really. Make sure your Samsung TV is running the most recent firmware by checking the Firmware Update section of the TV’s Support menu, then plug the Video Pack’s USB cable into the correct socket on the TV – it’s coloured blue on this year’s Samsung TVs. For the purposes of this test we used a 65-inch 65HU7500.

Aside from that and being able to adjust the subtitles for each video, it’s just a matter of finding what you want to watch and hitting Select.

In case you were wondering, you control playback of the Video Pack using the TV’s remote control.