For the most part we could sum this part of the review up simply by saying, “Wow!” We’ve often witnessed the joys of 4K on short demo sequences, but seeing it applied to full-length movies such as The Life Of Pi is every bit as spectacular as we’ve hoped it would be.

Detail levels in all three titles – but especially Life Of Pi and The Counselor – are simply jaw dropping. From the pores of people’s skin to the weaves of their clothes, the textures in background walls and, most spectacularly of all, the incredible definition of large vistas, details look miles more pronounced than on even the very best HD TVs. Yet they never look unnatural.

Couple this incredible detail with the sheer density of the image – the complete inability to see any sign of pixel structure, line structure or jaggedness – and you get that key 4K feeling that you’re looking through a window rather than watching a television. It immerses you so much more fully in the worlds you’re watching – however uncomfortable that might be at times in the three bundled films! 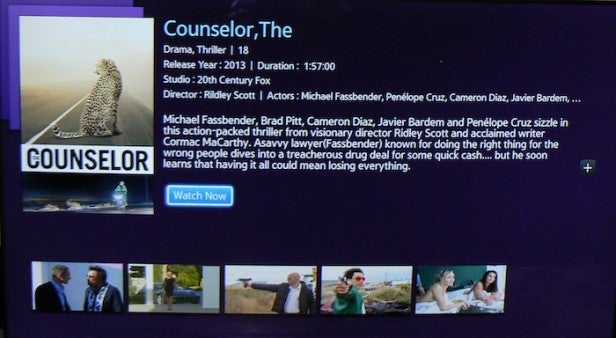 Also a marvel is the depth of field. All three films contain numerous spectacular vistas and large external shots, and these enjoy a sense of scale well beyond anything you could get with HD screens. The extra resolution prevents the horizon blurring into flatness as early as it does on HD screens.

Great examples of this are the distant shots of the zoo in the Life of Pi and the shot across a huge landfill site in The Counselor. But don’t for one minute think these are the only shots where 4K matters; the extra resolution’s impact can be felt almost viscerally in every single shot, no matter how mundane.

Comparing the UHD Video Pack’s pictures with those from Netflix’s 4K streams, the Video Pack clearly wins. There’s not much between the two in key parts of the image – ‘focus’ areas and foreground content. But while background areas can show signs of compression blocking on Netflix, they’re pristine via the Video Pack. 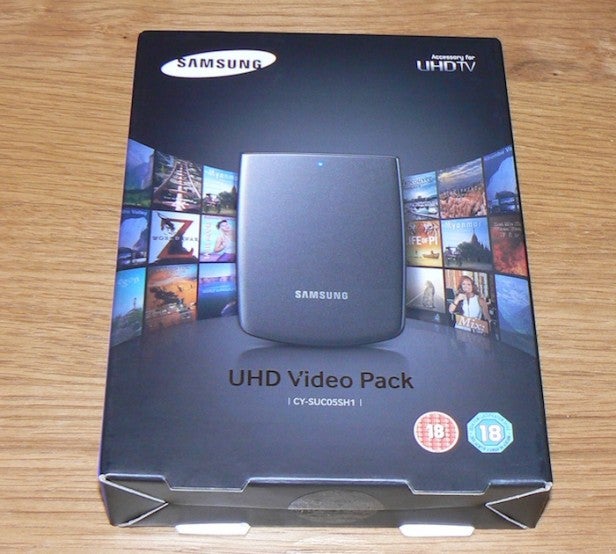 The only area visually where the UHD Video Pack seems a little uncomfortable is with motion. There’s slightly more judder than you get with HDMI-connected Blu-rays, which meant we felt like we needed to use the TV’s motion processing on a slightly higher level than we normally would – even though this causes the occasional haloing artefact around moving objects on the HU7500 TV.

If you don’t use the motion processing, the judder does make you feel like you’re losing some of the 4K sharpness.

Some of the 4K files on the Video Pack are better than others. World War Z, for instance, delivers a slightly less pristine experience than the other two full movies – maybe because of its more frenetic and gritty style. But the quality on show on the best moments on the UHD Video Pack suggests that any reductions in picture quality must be down to the way the content has been shot or post-produced rather than any inherent weakness in the Video Pack.

Overall, if anything the experience of watching full-length films in 4K from the Video Pack has actually surpassed our sky-high expectations – and you can’t say fairer than that. 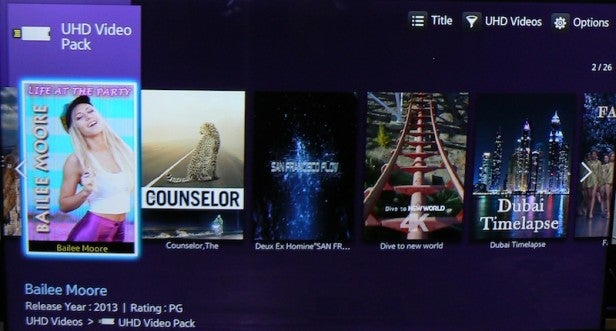 The Dolby Digital
soundtracks on the three big films sound absolutely fine when
converted to Dolby Digital for passing to our AV receiver. The surround
sound emerges from the TV’s digital output with
as much clarity and dynamism as it would off a DVD, and spatial dynamics
and transitions are crisp enough.

The sound isn’t quite as
expansive and uncompressed as the ‘HD Audio’ mixes you get on
Blu-rays, of course, and so it doesn’t deliver the same next-level thrill
as the UHD visuals. But it’s good enough.

Obviously the
lower-than-Dolby-Digital formats used on some of the documentaries sound further compressed by comparison, but then you don’t really need
spectacular audio pyrotechnics with that sort of content.

The
biggest audio issue we had concerned lip-sync errors. From time to time
we experienced sudden but obvious slippage between the soundtrack and
the visuals, so that people’s lips moved out of time with the dialogue
track. Fortunately, though, whenever this interrupted our viewing we
were able to fix it via the Audio Delay feature in the Additional
Settings submenu of the TV’s Sound menu. Actually, you might want to try
setting the Delay to its maximum level before you use the Video Pack,
as this seemed to minimise the times when soundtrack
dislocation became noticeable. 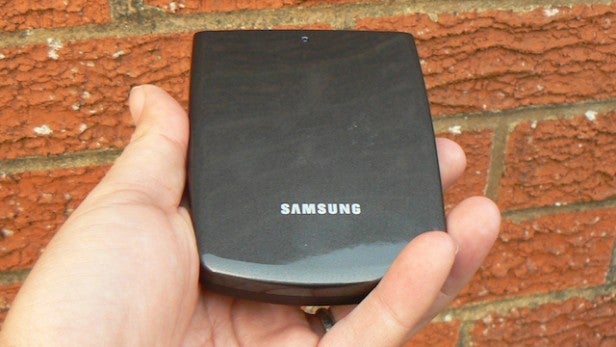 Should I buy a Samsung UHD Video Pack?

If
you’re having to buy the Video Pack, rather than getting it bundled with a telly purchase, we have to say its £150 price
seems pretty steep, working out at around £50 for each of the three
headline films the pack contains.

If you’re looking at getting it free
with a qualifying Samsung UHD TV, the question is more: ‘Should
I choose a Samsung UHD TV so that I can also get the UHD Video Pack?’

This is a tricky one to answer, given the quality of one or two rival brands of 4K TV – especially the Sony X9005B
range. But all the Samsung UHD TVs we’ve seen so far have also
been uniformly excellent, including the 65HU7500 used during our Video
Pack tests.

There’s another factor to consider, though: Sony is also now offering a 4K film solution with its X9005B
and S9005B 4K TVs. And this promotion gives you five films versus
Samsung’s three – although you don’t get the documentaries you get on
the Samsung Video Pack.

The movies on the Sony HDD are Battle: Los
Angeles, Captain Phillips, Ghostbusters, Moneyball, Premium Rush, Salt,
The Amazing Spider-Man, The Amazing Spider-Man 2, The Patriot and Total
Recall. And yes, we know there are 10 on that list – unfortunately you
have to choose which five you want. You can’t have all 10.

We’re
trying to get a Sony 4K movie pack to compare with the Samsung one, but we wouldn’t expect there to be too
much difference between them in terms of picture and sound quality. So the two film packs arguably cancel each
other out as deciding factors when buying a 4K/UHD TV – unless, of
course, you’re particularly big fans of any of the movies on offer.

Watching
full Hollywood movies in 4K without relying on broadband is as glorious
an AV experience as we’d hoped it would be. It’s just a shame there
aren’t more of them.