The UE48HU7500’s success story continues for the most part in the 3D realm. The use of active 3D technology results in 3D images packed with spectacular amounts of detail and pixel density, avoiding the 3D resolution compromise often felt with rival passive screens. This helps the 3D world look more tangible and immersive – which is, of course, pretty much the whole point of 3D. 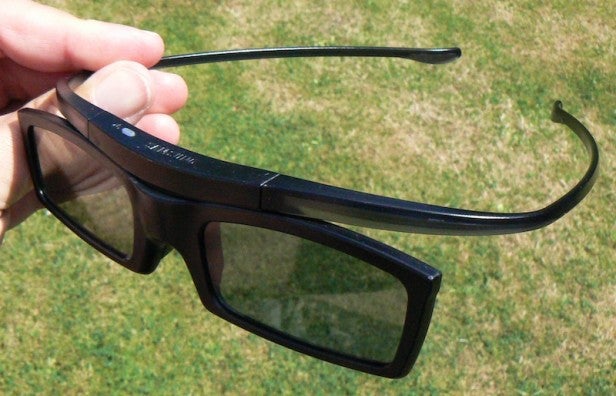 Colours are rich and intense too, and brightness levels are excellent, with the dimming effect of the shuttering active 3D glasses having less of an impact than usual.

Motion is handled fairly well too compared with some previous Samsung 3D generations, with less judder and more potential for using higher levels of Samsung’s motion processing system if you DO feel troubled by judder. This is thanks to the improved power of Samsung’s latest processing engine.

Also extremely well suppressed is active 3D’s crosstalk ghosting issue. We’re not saying there’s no crosstalk at all; you can definitely see tell-tale double ghosting from time to time around very bright objects, usually in the extreme foreground or background. But this shows up sufficiently rarely and is sufficiently subtle even when you do see it not to class as a big problem – especially given how well the screen delivers the benefits of the active system. 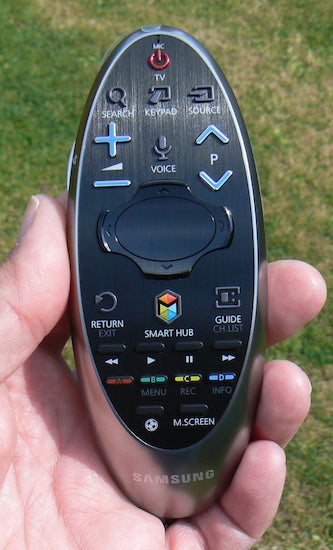 Considering its slimness and uninspiring build quality, the UE48HU7500 doesn’t sound bad at all. The mid-range is powerful and open, and you can reach very respectable volumes before the speakers or the cabinet start to sound strained.

Voices are always given due prominence, even during action scenes, and the soundstage spreads a decent distance beyond the confines of the TV’s bodywork without losing cohesion.

It must be stressed that we’re not talking about an audio performance in the same ballpark as that produced by the large, forward facing, magnetic fluid-using speakers in Sony’s X9005B 4K TVs this year.

But it’s a good step forward for Samsung, and could be good enough to at least delay your purchase of an accompanying soundbar or surround sound system.

The UE48HU7500 ships with two remote controls: a small, rather cheap-looking ‘normal’ one, and a much funkier ‘smart’ one boasting ‘point and click’ functionality, a touchpad, a neat ergonomic shape and a much-reduced button count.

This smart remote takes a bit of getting used to at first thanks to the amount of functionality and control options crammed into a very small area at the remote’s centre. The point and click system is a bit odd too, since the cursor always appears at the last point on the screen you were using it, rather than in the exact spot you’re pointing the remote, leading to a bit of a disconnect at times between what the cursor is doing and what you’re doing waving the remote about.

However, we recommend you stick with it, as it’s ultimately the quickest and most rewarding way of delving into the TV’s smart features.

We also suggest you take the time to familiarise yourself with the voice control options the TV carries, though we’d only expect you to use them sparingly, as a supplemental control useful in certain situations, rather than as your main interface.

The UE48HU7500 clearly has spectacular appeal as a gaming monitor. So it was disappointing to find it joining a number of other current UHD/4K screens in suffering slightly high input lag – around 70ms according to our tests. That’s more than double what we’d like to see, and could have some impact on your performance when playing reaction-based games. 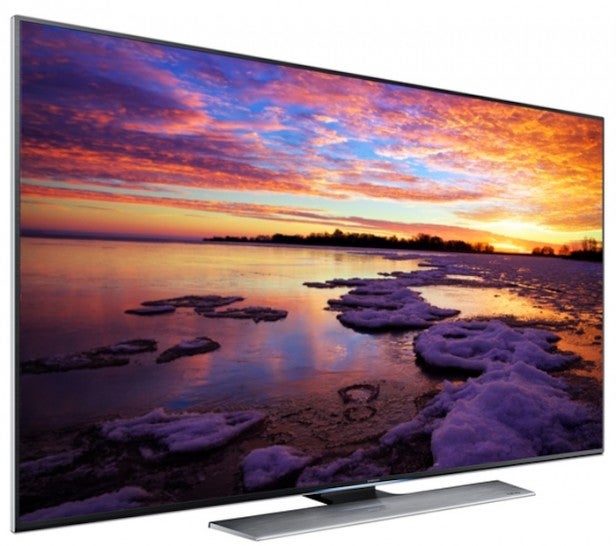 It’s a really serious temptation. As well as making UHD/4K available at a new lower price point than ever before, it backs its value appeal up with an outstanding picture performance and content-rich smart system.

Yes, the impact of UHD/4K is a little reduced on the UE48HU7500’s relatively small screen, but you can still appreciate a clear improvement over HD.

It turns out you really can still appreciate UHD’s charms on a 48-inch screen. At least when they’re underpinned by the sort of outstanding picture quality foundations offered by the UE48HU7500.