The Sony 50W829 is the first TV from Sony’s 2014 TV range. Perhaps surprisingly under the circumstances it’s not one of the brand’s new flagship models, boasting neither native 4K resolution nor Sony’s impressive Triluminos colour technology. It does stretch to 3D and Sony’s perennially impressive X-Reality Pro picture processing engine, though, as well as a new Bass Reflex speaker system, and the latest version of Sony’s Entertainment Network smart TV platform. Moreover, we rather like the fast Sony has chosen to highlight one of its more affordable TVs to start with. And having used it, we now understand why. 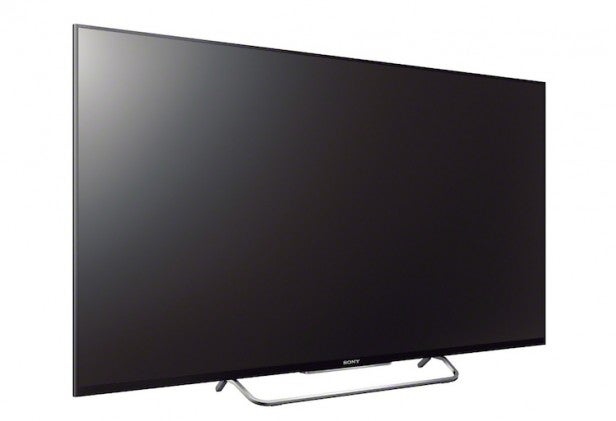 The 50W829 is a 50-inch TV – but it doesn’t look it. Unlike many of the models further up the brand’s new range, the Sony 50W829 doesn’t have huge front-firing speakers down its sides, or a wedge shape adding bulk to its rear. In fact, its bezel is almost unfeasibly narrow. Its rear is very slim too, except for a chunk a couple of inches high at the bottom where its speakers reside.

The bezel sports a pleasing metallic finish on its outer edges, and the low metal stand has been designed to be as minimal as possible, supporting the set on a simple curved metal strip barely a cm thick.

While the impressive sleekness of the 50W829’s form obviously raises concerns about its sound quality compared with the terrific demos we’ve heard of Sony’s Wedge models, we can imagine at least a few people preferring the 50W829’s far sleeker design purely because it takes up so much less room. 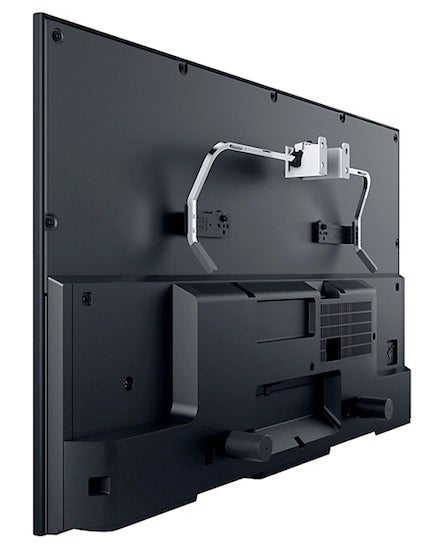 Connectivity is as we would expect of a mid-to-high end TV these days. The HDMI count runs to four, there’s a pair of USBs for both multimedia playback and recording from the integrated Freeview HD tuner to a USB storage device, plus there are LAN and built-in Wi-Fi network options. These, naturally, support both streaming of video, photo and music multimedia from networked DLNA PCs and access to the Sony Entertainment Network online service.

We’ll be taking our customary annual in-depth look at the new Sony Entertainment Network (SEN) in the next day or two, so here we’ll just have a quick look at the key differences.

The first key thing you notice is that Sony now supports a fully implemented Recommendations system, able to highlight in the Home and new ‘Discover’ menus content the TV believes you’ll like based on your past viewing history.

The new Discover menu has its own button on the remote, and joins the recommendations system in helping to create a very new focus from Sony on helping you quickly find useful content.

Pressing the Discover button calls up a little selection of content shortcuts including access to the channel you watch most, a suggested other channel you might like, a link to a recommended TV show on the BBC iPlayer, and a recommended film from Sony’s Video Unlimited service.

The main home menu is also a radically changed beast, highlighting on-air programming but providing little links along the top to Movies, photo and music content (via both online services and your own USB/DLNA sources). Plus there are small icons to upper right for accessing set up tools like the picture, network and audio menus.

The SEN button this year shows a list of featured services on the left, and a larger box showing your favourite apps on the right.

The presentation, speed, stability and simple thoughtfulness of the new interface are streets ahead of last year’s SEN offering, with the only really big disappointment being the continued lack of support for second-screen TV viewing on tablets or smartphones.

Thinking ahead to the World Cup in Brazil, Sony has equipped the Sony 50W829 with a new Football mode. Accessed via a dedicated button on the remote, this mode automatically adjusts the picture settings to optimize them for football viewing, and provides access to football videos on YouTube, FIFA World Cup History archive videos, and access to Sony’s One Stadium football website. 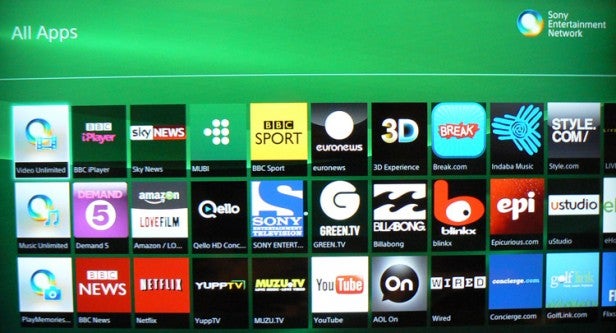 There’s a new Social View button on the remote too that calls up a slickly presented multi-tiered tower of live tweets around the keyword you’ve set up. This looks cool, but to be honest we found it of limited practical value and rendered unusable in a family environment by the tendency of tweeters to swear like troopers.

The picture and sound technology in the 50W829 is pretty potent despite it not being a flagship model. The screen is full HD, of course, and Sony’s excellent X-Reality Pro engine is on hand to boost picture quality with all sources thanks to its clever database-driven ‘shortcut’ approach.

The 50W829’s speaker system doesn’t benefit from the long-duct technology introduced on last year’s W9 Sony sets, but its bass reflex speaker design and the provision of extra depth behind the speaker section should hopefully stop the 50W829 going the weedy way of most skinny TV audio systems.

The 50W829 supports active 3D playback (revealing that Sony has turned to a different panel provider from that used for its rather disastrous 2013 passive 3D 8 series), with two pairs of glasses included for free.
The last thing to mention in this section is that there are three accessories available for the 50W829: a Skype camera; a ‘one-flick’ remote with a touchpad; and, unusually, an external subwoofer. 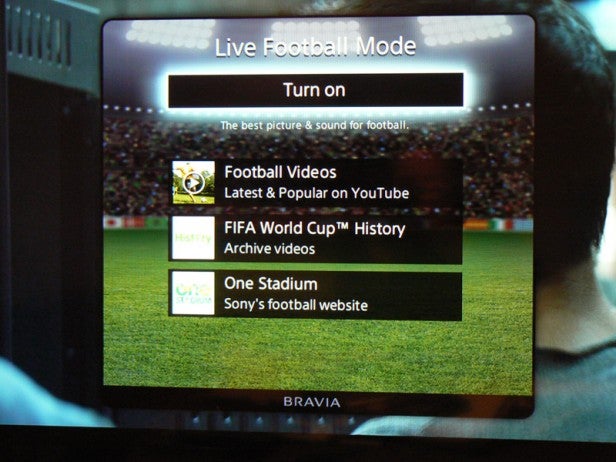 Once you’ve spotted the 50W829’s set up menu, it provides a pretty decent suite of calibration tools. Or at least it does once you’ve also figured out that to access the full set of controls on offer you’ll likely need to hit the Options key, enter the Scene Select menu and select the General option! Otherwise the TV uses its X-Reality Pro database to automatically apply a set of picture settings to what you’re watching, only offering a relatively limited degree of adjustment.

To be fair, while this sort of ‘interference’ by Sony sounds a bit annoying on paper, it actually turns out to be pretty cool in reality for the simple reason that the various presets Sony has defined are way more useful and thoughtfully calibrated than those you get with most rival TVs. Particularly brilliant is the way all noise reduction, detail enhancement and edge enhancement processing is automatically turned off when a Blu-ray source is detected. Rival brands take note.

The really great thing about the Sony 50W829, though, is that the core picture qualities of its panel and the Sony-devised presets are between them so strong that for most delving deep into the picture settings will likely not be necessary. There are only two pieces of advice worth giving here. First, we’d suggest you either turn off the MotionFlow system altogether if you hate such systems on principle or are looking for the fastest response for gaming, or else you use the TrueCinema Motionflow mode, which is actually one of the most natural, most artefact-free judder-taming processing systems we’ve encountered.

Second, when watching 3D set the glasses brightness to Low for reasons we’ll get into later.

One last point to mention here is the inclusion on the 50W829 of a new Cinema 2 preset. This is based on the Cinema 1 mode designed in conjunction with Sony Pictures to deliver a relatively accurate ‘flat’ picture, but it extends the dynamic range in a bid to reintroduce the brightness that’s lost when video is compressed for mastering.