Let’s cut right to the chase here and find out if the UE48HU7500 can still deliver UHD’s advantages on a 48-inch screen. And the simple answer is that it can – though it’s not completely immune to the laws of diminishing returns.

First, our collection of native UHD content – including footage from the recent World Cup and Netflix 4K streams – indisputably looks sharper, cleaner and more detailed than the same content looks in HD either upscaled on the UE48HU7500 or shown on a top-quality full HD TV. 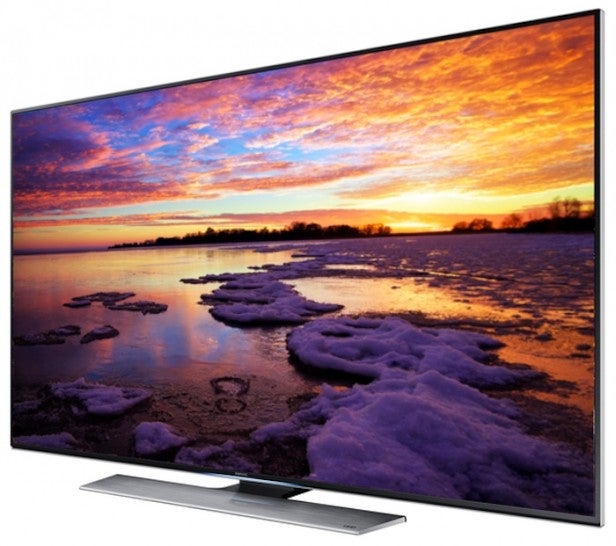 It’s great to see, too, that thanks to the speed and power of Samsung’s picture processing engine this sharpness remains impressively intact when there’s motion in the frame – especially if you’re watching native UHD at 60fps as we could with some World Cup footage we’ve got our hands on.

The native UHD advantage is clearly apparent on the UE48HU7500 without you having to stick your face right up against the screen too. However, the extra clarity and detailing isn’t as aggressively obvious as it is on larger UHD/4K screens, so we guess there’s a little comfort there for the UHD-on-smaller-screens naysayers. But to say there’s no visual benefit to going UHD on a 48-inch screen is just plain wrong.

The general impression of extra clarity isn’t just down to the extra detailing you get from having four times as many pixels to play with. As we’ve noted before, UHD screens also make an impact with the depth and colour resolution of their pictures. Large-scale shots are resolved further into the distance before a lack of clarity causes the image to flatten off. You can even appreciate this extra sense of scale with the relatively confined environment of the World Cup stadia.

As for colours, colour blends are delivered with such infinite finesse that you can never see the ‘joins’ (AKA stripes or bands). As well as making pictures look more natural, this helps objects look more three dimensional against their backdrops.

We wouldn’t say all of these individual advantages each leap out at you and slap you in the face on a 48-inch screen like they do on significantly bigger TVs. But it’s still easy enough to identify them when you really try to focus on what elements are delivering the overall extra clarity you’re seeing.

The 48HU7500 doesn’t quite rival Samsung’s HU8500 series where native UHD playback is concerned, chiefly because its lack of Samsung’s PurColour technology prevents it from delineating quite as much colour resolution. But you’re never in doubt that you’re watching images that are native UHD, not HD.

Talking of HD, the fact that normal consumers are still limited for native 4K content to House of Cards and Breaking Bad on Netflix (if you have a broadband connection of at least 15Mbps) and a few demo clips you can download from the internet means that for much of the time anyone who buys a UE48HU7500 now will be heavily dependent on its UHD upscaling of HD and maybe even – shudder – standard definition sources.

Just as well then that this upscaling is very effective for the most part, adding genuine detail and pixel depth to images rather than just sharpening the hell out of everything, and retaining colour tone accuracy exceptionally well. Also seriously impressive is how clever the UE48HU7500’s upscaling is at handling source noise. Not only is source noise not exaggerated by the HD to UHD conversion process, it actually seems to be reduced. In fact, the UE48HU7500 makes HD sources look more refined than Samsung’s highest-level full HD sets.

There’s a slightly softer look to upscaled content than you get with Sony X9005B series and Samsung’s own HU8500 series, again chiefly, we suspect, because the HU7500 doesn’t offer the same degree of colour resolution/refinement. But nonetheless the UE48HU7500’s upscaled HD results can still be considered excellent.

Upscaling standard definition predictably proves more of a stretch for the TV, with a much softer level of presentation in evidence. It’s not unwatchable by any means, but hopefully anyone AV savvy enough to buy a UHD TV will already be living on a fairly HD-rich content diet.

Having focussed predominantly on picture traits associated with the UE48HU7500’s UHD resolution, let’s quickly look at one other key picture facet: contrast. After recently seeing a welter of LCDs with pretty uninspiring black level responses it’s hugely satisfying to see the UE48HU7500 producing rich, deep, naturally toned black colours without having to manipulate its backlight so severely that shadow detailing is crushed out. 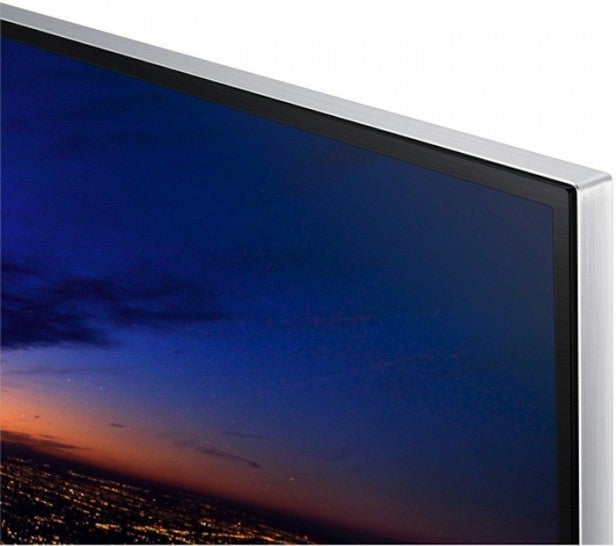 Dark scenes of the sort rife in films are thus immediately much more natural looking and immersive than they are on an alarmingly large number of rival screens this year. Especially as the strong black level performance leads to more natural colour response during dark scenes, and a much more consistent look to images as they skip between bright and dark scenes.

Provided you’ve followed our advice and reduced the backlight to its 8 or even 7 level when watching a film or TV drama with dark content the UE48HU7500 also impresses with its freedom from backlight clouding, even in the screen’s corners.

The UE48HU7500 does lose a little contrast – or rather the contrast becomes less consistent across the screen – if you watch from an angle of more than around 35-40 degrees of axis. Though this problem is not as severe as it used to be with Samsung LCD panels, and so doesn’t really persuade us to prefer one of the wider-angle IPS-style panels out there given how compromised the contrast of such panels tends to be.

Overall, while there are some minor niggles we’ve already discussed, so long as you tweak down the UE48HU7500’s backlight setting for serious film viewing its picture quality is pretty stellar – with both HD and UHD content.

Used as the main TV for the review period
Tested for more than a week
Tested using industry calibrated tools, discs and with real world use
Tested with broadcast content (HD/SD), video streams and demo discs
Previous
Samsung UE48HU7500 Review Next
3D, Sound and Conclusions Review