Thanks to a combination of Samsung’s QLED hype and the QE65Q9FAM’s hefty price, this debut QLED TV arrives with sky-high expectations. Fortunately, while it isn’t perfect, it mostly lives up to them.

The Q9F makes its most immediate impact with its colours. There’s a luminous quality to HDR colour tones across the board that I haven’t experienced before. Rich tones look explosively vibrant, bright tones retain their richness rather than looking bleached, and the subtlety of the image’s colour detailing in heavily saturated and/or very bright picture areas is unlike anything I’ve seen before.

Even more startlingly, skin tones look vastly more natural and subtly rendered than they were on last year’s SUHD TVs. 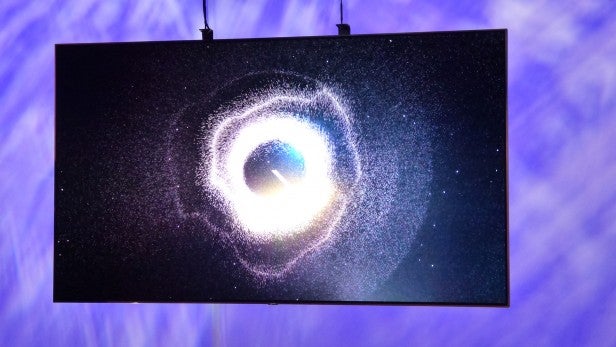 Suddenly, the colour tones I’d once considered state of the art on last year’s Samsung UE65KS9500 start to look rather flat and forced, with skin in particular being exposed by the QE65Q9FAM’s colour excellence as actually being a bit over-ripe in retrospect.

The UE65KS9500 was, in case you’re not aware, a prime contender for the best TV of 2016. Yet it isn’t just in the colour department that it falls short of the QE65Q9FAM. The QLED screen enjoys a much more expansive contrast range, stretching from significantly brighter peaks at one end to deeper blacks than most LCD TVs can dream of at the other. In fact, running the Deadpool Ultra HD Blu-ray into both screens side by side leaves the UE65KS9500’s light range looking almost compressed by comparison.

Oddly, this comparison becomes even more stark when comparing both TVs in daylight conditions. The filters on the Q9F’s screen proved phenomenal at soaking up potential reflections and ambient light interference, enabling the image to retain far more contrast, dynamism and colour richness in a bright room. 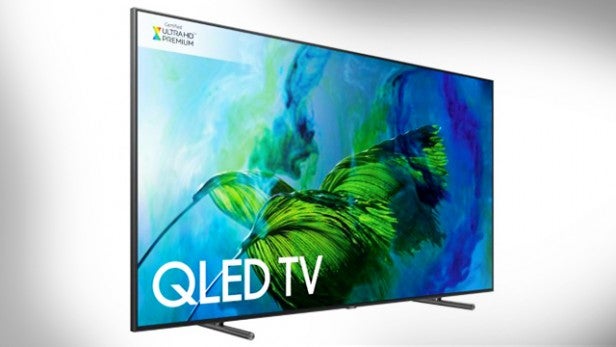 The QE65Q9FAM’s extraordinary screen filtering also does a more effective job of solving the problem of HDR content often looking too dark in a bright room.

Its brightness peaks when watching HDR go further than those of previous TV in two ways. First, they’re brighter. I didn’t quite measure a 2000-nit light output that Samsung claims the Q9F should hit, but the TV did achieve a couple of momentary 1800-nit peaks. The screen delivers a very impressive – and stable  – 1500 nits or so of HDR brightness when playing a 10% HDR white box.

The QE65Q9FAM also earns major HDR kudos for managing to retain plenty of detail in even the brightest parts of the picture – so long as you follow my earlier advice of turning off the Contrast Enhancement feature.

Being able to sustain a high peak brightness level more consistently than rival HDR TVs additionally pays handsome dividends with bright HDR content such as the Planet Earth II 4K Blu-ray footage. This features much more ‘full screen’ use of HDR brightness levels than your typical film, and the QE65Q9FAM is able to deliver this with stunning boldness and consistency. On the Q9F, the sustained brightness of the sequence where eagles fight over a dead fox on a snow-capped mountain becomes the single finest picture experience I’ve had on any TV to date.

The TV excels when it comes to detail, too. Good quality native 4K images look stunningly crisp and clean, aided by the screen’s gorgeously subtle and accurate colour management and a level of light control that’s hard to comprehend given that we’re talking about an edge-mounted lighting system.

The TV doesn’t lose this sharpness when handling motion, either, be it a camera pan or a sportsman crossing the screen. Thanks to a superb upscaling system, even sub-4K sources end up looking beautifully detailed and crisp. 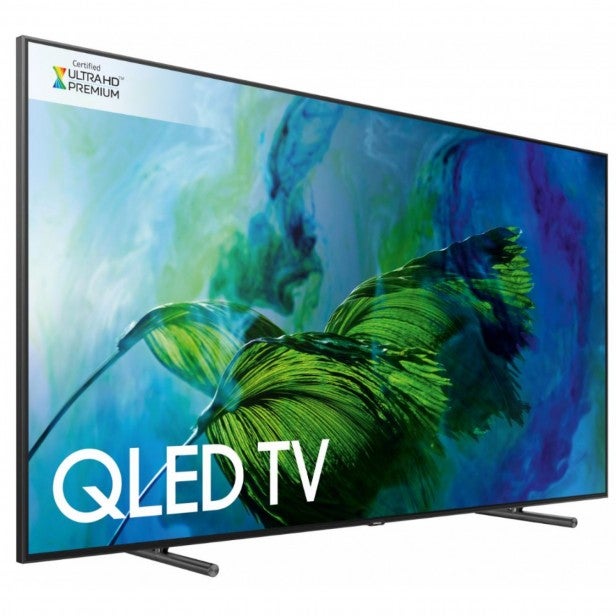 Finally, the QE65Q9FAM proves a really stunning gaming monitor on activating its Game mode, turning in a fabulously low input lag measurement (the time the screen takes to render received image data) of around 12ms.

If you’re not too giddy with excitement at all this cutting-edge picture glory, you may remember that I said earlier that the QE65Q9FAM wasn’t perfect. Here’s why.

My first issue is that even the Q9F’s phenomenal light control system can’t prevent some HDR scenes from generating faint but wide bands of extraneous light running across dark areas in the vicinity of any stand-out bright picture elements.

In truth, this could have been a much bigger problem than it is given the unprecedented levels of light output that the QE65Q9FAM can deliver. But it’s one area, at least, where the direct-lit KS9500 models – and self-emissive OLED TVs, of course – retain the edge.

Surprisingly, the QE65Q9FAM loses contrast when watched from an angle any greater than 25 degrees. This common LCD viewing angle issue was one Samsung had suggested it had fixed with QLED, but the final product tells a different story. Although, colour actually retains saturation quite well when the screen’s viewed from an angle, and the Standard and Natural picture presets strangely give you a slightly wider effective viewing angle than the Movie mode.

In addition, it turns out that Samsung hasn’t been able to fix the colour-banding issues that can affect subtle colour blends in HDR pictures. This can draw your eye and distract you from what you’re watching, so it’s a mercy that it only shows up on rare occasions.

That’s really it for the bad picture news, though – and, happily, I don’t have to append to this small list of negatives any serious bad news about its sound, either. While there are more powerful-sounding TVs out there, the Q9F is loud, clean and detailed enough in its presentation to make adding a separate sound bar to your set up a mere option rather than a necessity. 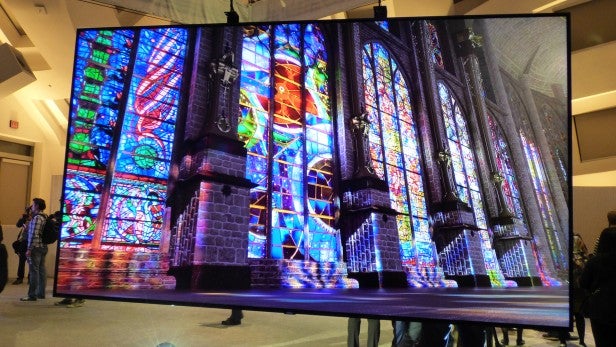 Should I buy a Samsung QE65Q9FAM?

The answer to this depends very much on how well-heeled you are. If you can stretch to its £4,900 asking price then sure, go for it. It does, after all, leverage those fancy new metal-covered Quantum Dots to display HDR footage with more verve and punch than any other TV that has come before it.

Despite falling short of the QLED hype in two or three areas, the QE65Q9FAM still makes a hugely compelling, HDR-friendly case for QLED having a long and – literally – bright future in the TV world.