Last week, I was invited to a major TV manufacturer’s laboratory to look at this year’s upcoming products. It’s a rare privilege to glimpse behind the curtains at one of the world’s biggest tech companies, but I was bored. Not with the TVs, I hasten to add, because they were very nice.

I was bored by what they were playing.

Half of a TV reviewer’s job is to see pretty things – TV makers won’t sit you down with an episode of Countdown, after all. They always show the most eye-poppingly lush footage they can muster, specifically to bring out the best their screens can display. Sadly, you get accustomed to such experiences.

Related: What is Ultra HD Blu-ray?

I’m talking about night-time cityscapes juggling bright lights with shadow; sun-baked roof tiles and flower gardens loaded with texture; paint exploding in super-slow motion; people dancing in billowing fabrics – all immaculately lit. My latest demo involved the world’s most adorable puppy. Attractive things, but after years of watching this stuff you build up an immunity.

You get jaded. You get picky.

The point of this preamble is that hopefully you’ll get my full meaning when I say this: the 4K Blu-ray of Planet Earth 2 offers the most beautiful, enchanting Ultra HD footage I have ever seen.

As such, it’s the first 4K Blu-ray I’ve properly fallen in love with. Here’s why I’m sure you will, too.

Related: BBC iPlayer in 4K – is the future of TV finally here?

If you’ve been on the fence about getting a 4K TV, this is the push you need. If you already have one and were tempted by a UHD Blu-ray player, this is your justification. This is the stuff 4K TVs were made for. If you buy one and you don’t play UHD and HDR Planet Earth 2 on it, you’re denying your purchase its potential.

It’s like owning an Aston Martin and never taking it on the motorway.

You’ve already seen it, you say. I also caught it the first time around on BBC iPlayer, but seeing it on 4K Blu-ray is like seeing it for the first time. Streaming is the future, I’m told, and some day that may be true, but right now Planet Earth 2 on 4K Blu-ray is a gleeful middle finger to those saying discs are dead. You simply cannot get such quality through a streaming service.

What’s so good about it? The detail, for starters. The 4K resolution, the filming techniques and the quality of the disc transfer come together to paint a meticulous picture.

It’s all too easy to point out how you can count the scales on a Komodo dragon. That’s really that’s the minimum requirement of 4K. What Planet Earth 2 offers is not merely a high pixel count, but also a level of subtlety that I just didn’t (and couldn’t) pick up on through iPlayer.

You can make out the fine specks of dust kicked up by a lion’s paw, or tiny bubbles of saliva popping as a caiman drools. Not only can you pick out individual strands of fur, but you can also tell the textures apart. You can easily differentiate the fine fuzz of a baby penguin, versus the coarse brush of a lion – and the sinews underneath.

It’s easy to pick out uneven skin texture, evidence of previous confrontations. It’s not just the up-close stuff that benefits, either; it’s very easy to see different types of hoof mark in the dirt during some aerial sweeps. You can tell, at a glance, that a watering hole has had visitors both large and tiny.

All of these subtle details are impressive, but they’re also important in giving an accurate account of things that most of us will likely never see. Isn’t that the point of a documentary, to give you a window into another world? The sheer amount of insight on offer is crucial to that storytelling. 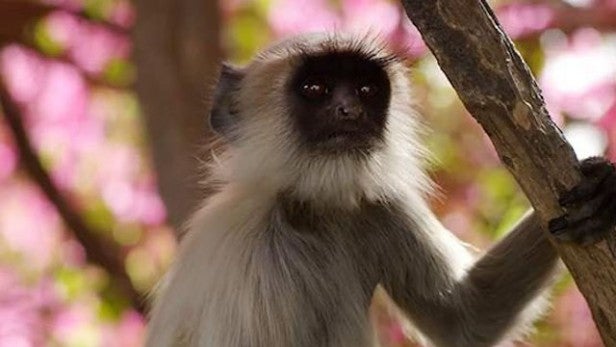 Then there’s the HDR (high dynamic range) element. Some of the subjects filmed are immensely colourful, and to feel that impact you need to see it with your own eyes, or through this 4K Blu-ray. Terrestrial TV or BBC iPlayer just don’t do justice to the saturation and brightness on offer.

For example, take the Wilson’s Bird of Paradise, featured in the Jungles episode. It attracts mates by being a highlight in an otherwise dark jungle floor. It clears the area of bright leaves, and then stands in the sun to maximise its visual impact.

It looks great on the standard Blu-ray (bundled with the UHD discs), but it’s only when you switch to 4K and HDR that you can see how striking it is. The same goes for insects with slightly pearlescent wings, or the iridescent feathers of a hummingbird. Without seeing the level of colour available on the 4K Blu-ray, the beauty on offer is essentially watered down.

It’s not just beauty, mind, because of course nature gets nasty too. The vividness of blood and injuries on offer is not for the faint of heart.

Less subtle is the way Planet Earth 2 shows off its brightness. For all its nuance with detail and shading, these discs aren’t afraid to beat you over the head occasionally. Sometimes the camera tracks across a sun beam, and in those moments you’ll end up squinting, just as you would in real life. The slowed-down shots of stormy weather show off the shifting levels of energy within individual lightning bolts.

Essentially, HDR makes it that much easier to understand nature’s power, and no other 4K Blu-ray I’ve tried has this much to offer in the way of definition, colour, brightness and contrast.

That said, there are a couple of issues for the nitpickers.

Firstly, not all of it is shot in 4K. The majority of it is native 4K, but there is some footage upscaled from a lower resolution. Those instances are quite obvious, particularly on a bigger screen. That’s inevitable, as the Planet Earth team used a mix of shooting methods, including drones and hidden cameras – and not all of it could accommodate 4K.

Secondly, the 24fps framerate means there is an occasional stutter. It’s very minor, and while 50fps would have been preferable, it doesn’t really get in the way of an enjoyable experience. Especially if you add a tiny bit of motion processing on your TV.

It wouldn’t be Planet Earth without David Attenborough, but while he makes a welcome return – and lends the footage much gravitas – it’s really Hans Zimmer who tugs at your heartstrings. He has put more heart into this soundtrack than anything he’s done since The Dark Knight – I was a quivering wreck after the bit where a bloodied penguin limps home to feed its chicks.

On the technical side, what you get on both the 4K Blu-ray and the accompanying standard Blu-ray is a DTS HD MA 5.1 soundtrack. Some will be disappointed by the lack of Dolby Atmos, which is commonly found on 4K Blu-rays, but its omission is understandable given the challenging recording environments.

For what it’s worth, I never felt its omission diminished the experience. It’s an engaging, well-mastered soundtrack. The only thing that might bother some people is the slightly enthusiastic approach to sound effects – the foley is occasionally a little heavy handed. 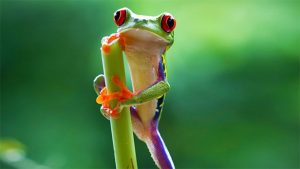 Planet Earth 2 – Why I love it

There’s just nothing quite like Planet Earth 2. It’s a masterful, powerful documentary that everyone needs to see. And for me, the only way to experience it is on 4K Blu-ray, which offers more impact and insight than I could ever put into words.

Whether you’re a nature lover or a tech-head looking to show off your new TV, this is television at its best. If you’re going to buy one 4K Blu-ray this year, make it Planet Earth 2.

Do you agree with Ced? Is Planet Earth 2 the finest 4K UHD Blu-ray around? Let us know in the comments below.