The 65-inch KD-65ZD9BU is Sony’s most concerted effort yet to make a TV that’s optimised for high dynamic range playback. As well as introducing new HDR-focused processing, the £3,999 set excitingly boasts an innovative backlight system that Sony claims can address LCD TVs issues with HDR playback. And for once it turns out that these claims are much more than just PR puff.

Related: Best cheap TV deals in the UK this week

Related: Best TV round up

For a TV that breaks new ground in picture quality, the KD-65ZD9BU looks a little bland. Sony has tried to liven things up with some gold colouring on the outer edges of both the screen and the black aluminium desktop stand. Plus the TV goes almost overboard with its cable management, using no less than four detachable covers to prevent pesky cabling from spoiling the rear’s unusual grid-pattern finish.

But most of us will rarely see the rear of the TV, and from the front the KD-65ZD9BU presents just a slightly wider than usual dark frame around a sizeable 65-inch screen.

The general standard of finish and build quality are both pretty impressive, however. Also, while the screen frame may be a touch wider than the 2016 norm, it’s positively puny versus the huge dimensions of previous Sony flagship TVs – 2015’s 65X9305C, for example.

Although this does mean that the KD-65ZD9BU doesn’t benefit from one of the stunning magnetic fluid speaker systems that made its predecessors some of the best-sounding TVs I’ve ever heard. 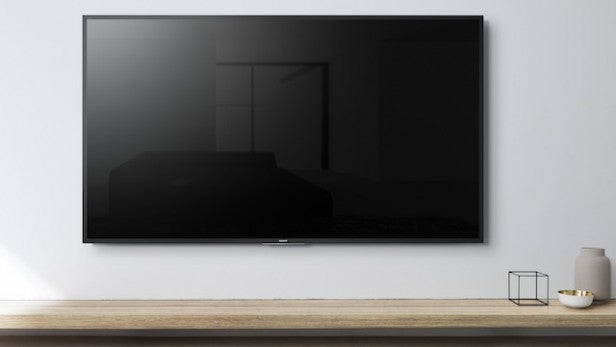 The premium remote control supplied with the TV is a nicely weighted, well-finished affair, adding panache via buttons that sit almost flush with the remote’s front.

There is a problem with this approach, however. Namely that it’s almost impossible to feel your way around the remote. Add to this the fact that key buttons are grouped quite closely together in a fairly random configuration and it’s pretty much impossible to use the remote without looking directly at it.

All of which is hardly conducive to a user-friendly experience – especially if you’re trying to watch a film in a darkened room. 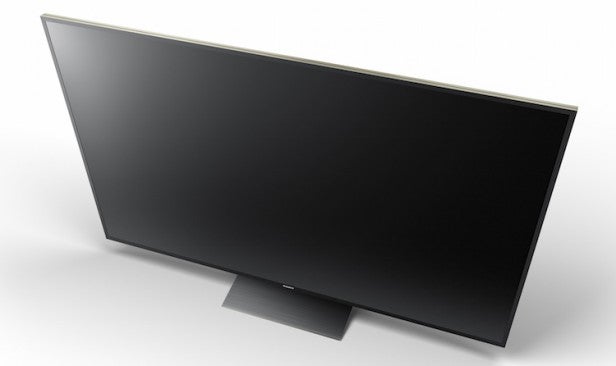 The headline features of the KD-65ZD9BU are its 65-inch screen, native 4K resolution and support for high dynamic range playback. But that’s really just the start of its premium charms.

The single most exciting inclusion is its new backlight design. This does a number of things that will hopefully counter the problems with HDR playback that I’ve seen on LCD TVs this year.

First, it mounts its LED lights directly behind the screen rather than around its edges. Second, it uses a copious amount of LEDs – more than 600. That’s way more than most direct-lit LCD TVs. Third, impressively, it has the processing power to drive every one of these LEDs individually, so that they can each produce their own light level independent of their neighbours.

Next, since the KD-65ZD9BU supports Sony’s X-tended Dynamic Range technology, the TV can intelligently distribute its power, so that juice can be redirected from dark parts of the picture to provide more punch to bright areas.

Last but not least, the KD-65ZD9BU employs what Sony calls “focused beam technology” to enable multiple LEDs to join forces to boost the intensity of the very brightest HDR picture elements. In fact, the KD-65ZD9BU can hit brightness peaks in excess of 1,600 nits – the highest number I’ve seen from a domestic TV; it even comfortably surpasses the 1,400 nits of Samsung’s flagship UE65KS9500. 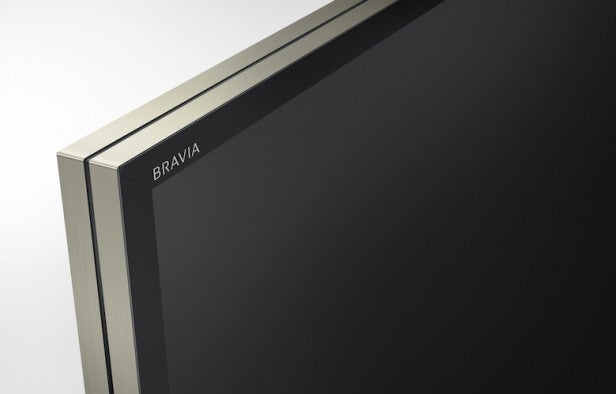 All these backlight tricks in combination should, on paper anyway, lead to a TV that delivers both more extreme contrast and less backlight clouding/leakage problems than any other LCD TV.

Joining the KD-65ZD9BU’s backlight innovations is Sony’s wide colour gamut Triluminos technology. In this TV it achieves a colour range that surpasses the 90% of DCI-P3 spectrum defined by the AV industry’s Ultra HD Alliance as being necessary to a high-quality HDR performance.

Head-to-head comparisons show that Samsung’s KS9500 models can deliver slightly more colour range than the KD-65ZD9BU, although this is compensated for handsomely by the extra vibrancy delivered by Sony’s extra brightness.

The brains behind the KD-65ZD9BU’s pictures are found on Sony’s new X1 Extreme chipset, which delivers a number of benefits beyond the previous iteration. For instance, it provides more intelligent upscaling of HD sources, introducing relative depth into its calculation of how much sharpness to add to different parts of the image. It also now references incoming content against not one, but two image databases to improve the results of its upscaling processes.

Perhaps my favourite new processing feature is a circuit that up-converts incoming signals into 14-bit colour. This means there’s no need to worry about the striping/banding colour problems experienced with Ultra HD Blu-rays on a disappointing number of this year’s HDR TVs.

The KD-65ZD9BU’s smart features are a combination of the Android TV platform and YouView, which provides access to all of the UK’s main terrestrial TV channel catch-up services. Other key supported apps are 4K/HDR versions of both Netflix and Amazon.

One last eye-catching feature of the KD-65ZD9BU – if only because it’s rapidly disappearing from other TVs – is 3D support. This comes in full-resolution “active” form, and you even get two pairs of glasses for free with the TV. 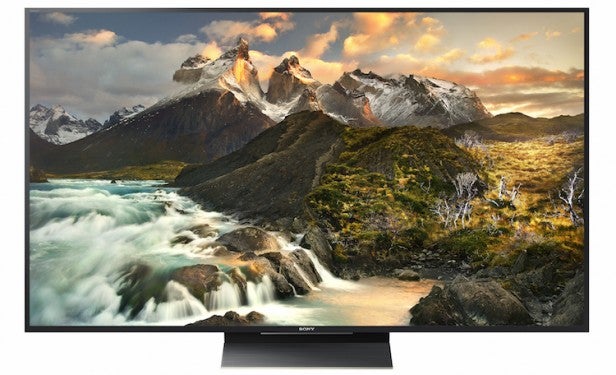 Getting the KD-65ZD9BU up and running isn’t fun. The two-part stand design is complicated to attach to such a large and heavy TV, and it takes a fair amount of time to run through all the initial installation menus.

It seems the latter is largely down to the KD-65ZD9BU’s use of the Android TV platform. This continues to make the operation of Sony’s TVs feel sluggish, as well as forcing you into unusually lengthy firmware updates that feel out of kilter with the user experience you want from a TV.

Fortunately, once initial setup is complete, it’s actually pretty easy to get the KD-65ZD9BU looking its best. It carries some of the most sensible picture presets I’ve seen on a TV. In fact, I’d expect most users to feel entirely happy with the KD-65ZD9BU’s presets for both standard and high dynamic range content right out of the box.

Enthusiasts could benefit from experimenting with the suite of motion-processing tools, and perhaps calming the local dimming system from high to medium with HDR content. It’s also always worth double-checking that all noise reduction is turned off for native 4K sources, and a professional calibrator may introduce a touch more warmth (red) to the colour settings.

In truth, this is all pretty minor stuff. The key point is that you don’t need to jump through as many hoops as you do with many rival TVs to get a gorgeous picture.

Used as the main TV for the review period
Tested for more than a week
Tested using industry calibrated tools, discs and with real world use
Tested with broadcast content (HD/SD), video streams and demo discs
Next
Performance and Conclusion Review