What is the Samsung Galaxy Young 2?

The Samsung Galaxy Young 2 is one of Samsung’s cheapest phones, designed to appeal to those who have no interest in 5-inch, Full HD screens and super-powerful cameras. In return, you only have to pay around £70 for the privilege of owning a Young 2. Sadly, it’s not much of a privilege.

The Samsung Galaxy Young 2 is laggy, has a poor-quality screen and demonstrates no regard for the way budget phones have developed in the last two years. It’s barely an upgrade over the previous Galaxy Young. Given the excellent Motorola Moto E is available for around the same price, or cheaper from some retailers, the Young 2 isn’t a great choice unless you find it significantly reduced. 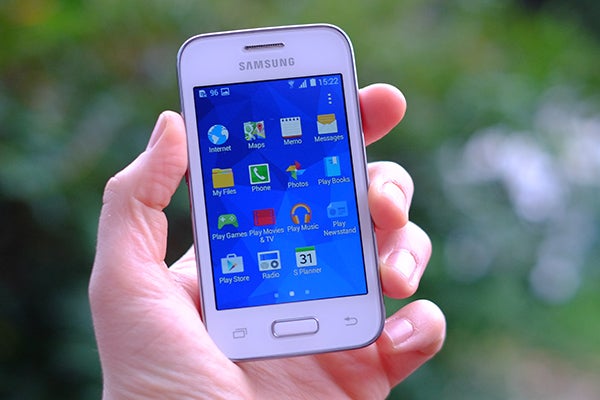 The Samsung Galaxy Young 2 is one of the tiddliest phones we’ve reviewed in the last 12 months. With just a 3.5-inch screen, it’s smaller than even most of its budget rivals.

Of course, this is part of the idea: the Young 2 is intended for kids. 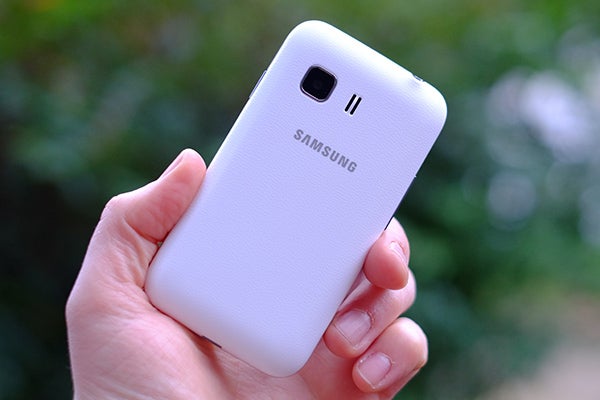 The Samsung Galaxy Young 2 is small enough for kiddie hands, but to adults who have been using phones for years it’ll seem quite chunky as well as small. It’s 11.8mm thick, stopping it from seeming like a real shrunk-down Galaxy S5, which is a mere 8.1mm thick.

This chunk factor is very common among cheaper, smaller phones, and the rival Moto E is even thicker at 12.3mm. 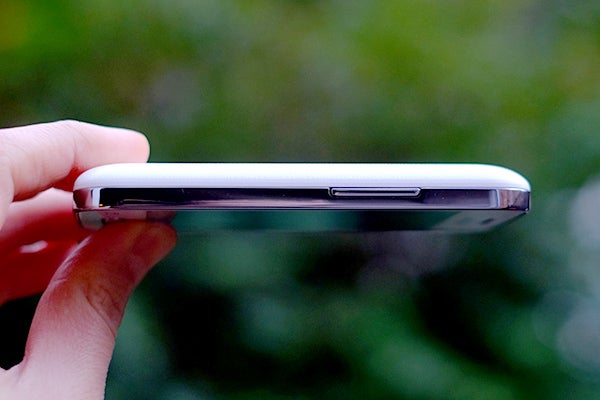 Build quality is a bit worse than Samsung’s more expensive phones, too. The Samsung Galaxy Young 2 shares the standard ‘Galaxy’ style, with a leather texture plastic back that you can pull off. We reviewed the white version of the phone, and while Samsung’s white versions usually feel worse than their black ones, our review sample seemed particularly plasticky and cheap.

Why would colour make a difference? The darker and colour-saturated plastics Samsung uses tend to have a softer-touch finish than its white plastics. Such a feel detracts from that naffness a little.

High-end it’s not, but from a distance it still has a sense of being a ‘Galaxy S5 for kids’ thanks to the consistent elements in the design. The band of chrome plastic around the sides, the soft key layout and physical menu button of the Samsung Galaxy Young 2 are all just like Samsung’s more expensive phones. 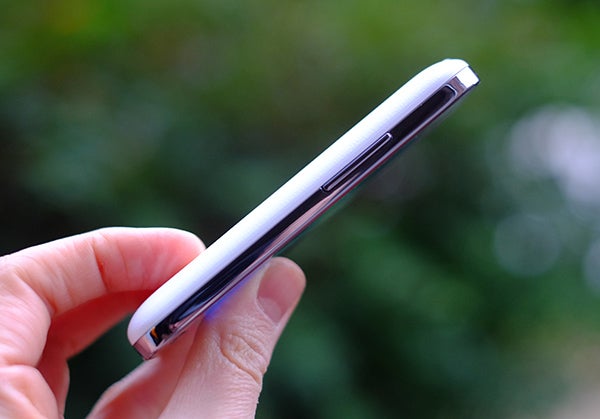 Look any closer, any deeper, and the Samsung Galaxy Young 2’s deep compromises become obvious. The list of features it doesn’t have is just as important as the ones it does. There’s no 4G, no NFC, no IR transmitter and very limited internal memory of just 4GB.

Only two of these really matter: the 4G and the lack of memory. This is common in sub-£100 phones, and 4GB of storage in particular makes the Young 2 much more restricting for those who want to install lots of apps. There is, however, a microSD slot under a plastic cover, so you can fill up a cheap memory card with music if you want to use the Samsung Galaxy Young 2 as a music player. 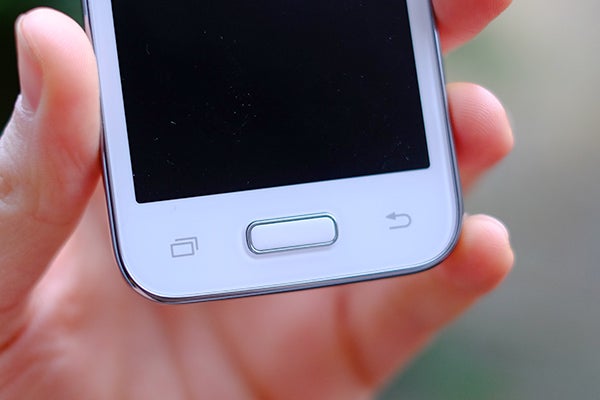 You could say the small 3.5-inch screen of the Galaxy Young 2 is one of its key features – it’s small enough to be downright unusual at this point, with most ultra-budget phones now closer to the 4-inch mark. However, it’s very poor.

Screen quality is awful, using panel technology that just doesn’t cut it any more. The Samsung Galaxy Young 2 has a TFT LCD 480 x 320-pixel display with a colour palette of 262k colours. Every element of this seems dated.

A standard TFT LCD offers very poor viewing angles, with the character of the display clearly changing just by rocking the phone left and right a bit. The effect is so pronounced that the display’s appearance is different to each of your eyes, making it just look, well, a bit weird. 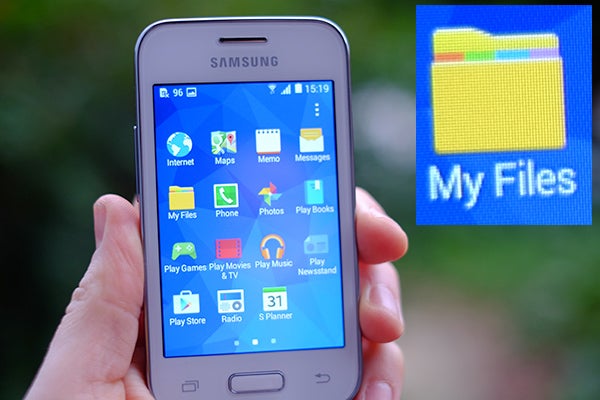 Resolution is also extremely low, bringing pixel density of just 156ppi. Had Samsung packed an 800 x 480-pixel screen into the Galaxy Young 2 it could have looked pretty sharp thanks to the small screen size, but the company’s dedication to scraping the barrel’s bottom with its budget phones is clearly strong.

The screen looks blocky and old-school, several leagues below what you get with the Motorola Moto E, and worse too than the already quite bad Sony Xperia E1.

Colour is weak, too. As well as having a technically poor colour palette, with 262k colours where most phones offer 16 million, the Samsung Galaxy Young 2’s colour tuning is quite bad, resulting in fairly crude-looking shades. 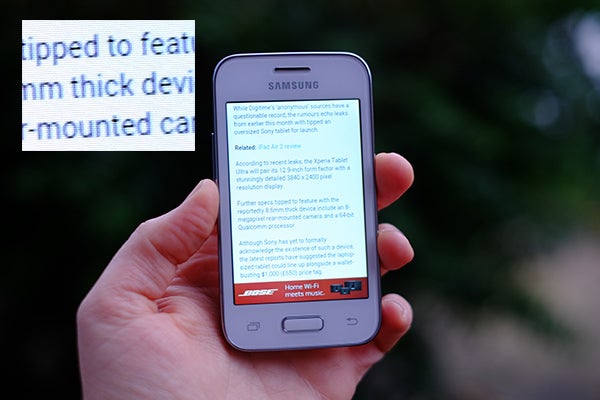 Unfortunately that’s not the end of the complaints, either. The Samsung Galaxy Young 2 screen has unusually bad motion handling, making interface text in particular look odd as you scroll through the phone’s menus.

It’s a bad display, and anyone used to typing out messages or emails on a larger display will also find it cramped.

The Samsung Galaxy Young 2 doesn’t fare too well outside, either. The highly reflective screen and so-so maximum brightness are bad enough, but not having an Auto brightness setting means you manually need to bump up the brightness to compensate when you go outdoors. Given this phone is likely to be used by plenty of people who might not even realise they can do this, it’s a real downer.