The Samsung Galaxy Young 2 has just about the most basic camera setup you’ll find. It has a 3.15-megapixel rear camera, without a flash, and no camera on the front. That means no selfies, no video chat and – as it turns out – no good photos whatsoever.

Pretty severe shutter lag means the camera isn’t all that fun to use, and the camera app takes an age to boot up as well. 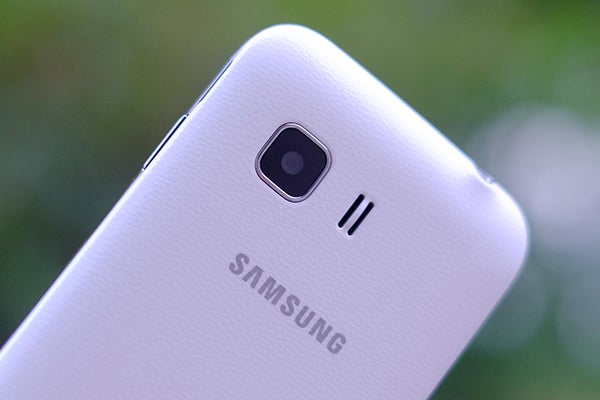 You don’t get anywhere near as many fun modes to play with as Samsung’s other phones, either. There’s no HDR mode or anything too esoteric, but you do get panorama and a few basic filters to make your shots black-and-white or sepia.

The Samsung Galaxy Young 2’s actual photos are, predictably, rubbish. They’re low on detail, and look quite mushy in general. The metering algorithms seem smart enough to ensure you don’t get too many shots that are radically dull or overexposed, but this is basically a selfie camera functioning as a ‘main’ one.

It doesn’t offer autofocus, either, with a fixed focus lens that gives you really no control over the image beyond the filters you can apply to it.

At this point, that the Samsung Galaxy Young 2 has a pretty poor internal speaker almost goes without saying. Samsung hasn’t paid a great deal of attention to the main elements, let alone side features like speakers. The sound is thin and unrefined, and lacks the volume to compete with much ambient noise.

Calls aren’t too hot either, with the phone seemingly not using a secondary microphone for active noise cancellation, despite it now being a standard feature in nearly all phones. 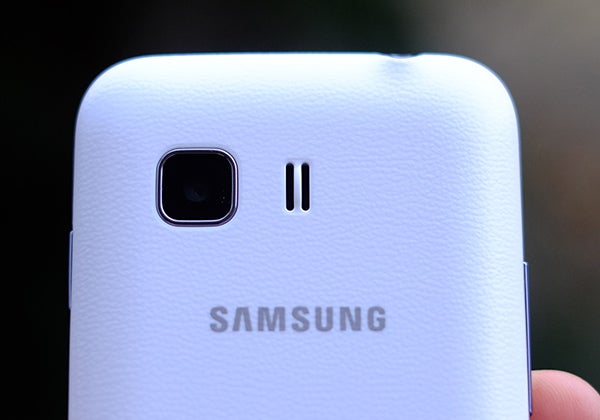 The Samsung Galaxy Young 2 has a 1300mAh battery. Some phones with lower-res displays get to benefit from their screen cutbacks with better battery life, but this sort of capacity isn’t going to get you stellar stamina.

We found that it’s not hard to get a full day’s use out of the phone, but this is helped by the rubbish screen and slow performance generally stopping you from wanting to browse so much. We found ourselves heading to the laptop more often than not when needing to look up something quickly. 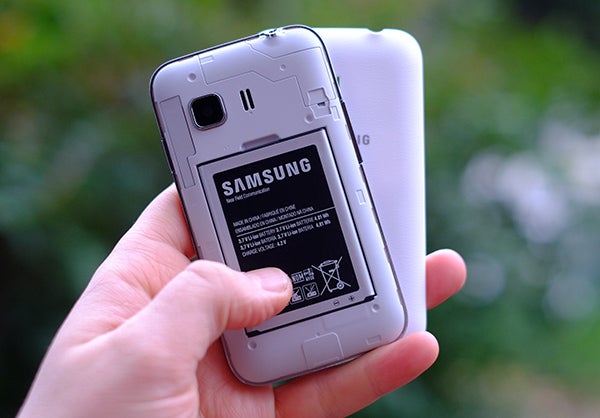 Our video battery benchmark shows that the Young 2 offers fair, but not great battery life. It lasts for dead on seven hours of continuous 720p MP4 video playback at medium brightness. That’s a respectable-ish result, but not markedly better than the Moto E or Sony Xperia E1.

Should I buy the Samsung Galaxy Young 2?

Samsung stopped offering competitive low-end and cheap mid-range phones a while ago, and the Samsung Galaxy Young 2 is proof that nothing has changed yet. It’s worse in almost every respect than the phones available at this price from companies such as Motorola, Sony and Huawei.

The Samsung Galaxy Young 2 is left with one potential advantage: it’s pretty small, making it easier for kids to handle. However, given the screen, the CPU and the camera are lacking compared with those of its rivals, the Young 2’s proposition is either ill-advised or deeply cynical. A case of: it’s a phone for the kids, so it doesn’t need to be any good. It’s barely better than the 18-month-old Galaxy Young, and that was bad to start with.

Assessed next to the Motorola Moto E, a phone of a similar price and with a reasonably kid-friendly form, the Samsung Galaxy Young 2 is almost laughably poor. To actually stack up among its peers the Young 2 would need to cost significantly less than £50. But in reality it costs significantly more from many places. We’ve seen it sold for as much as £90, and at that price it could very well be the very worst choice you could make.