While much of the hardware of the Samsung Galaxy Young 2 feels a little out of date, the software isn’t too musty. It runs Android 4.4.2 KitKat and has a custom interface similar, in design at least, to the UI on Samsung’s top phones.

We used to complain endlessly about Samsung’s custom Android interface as being bloated, slow and confusing, but nowadays the basics of it are pretty good. You get clean-looking home screens and a nice, simple apps menu that lets you totally customise which apps are shown on there. 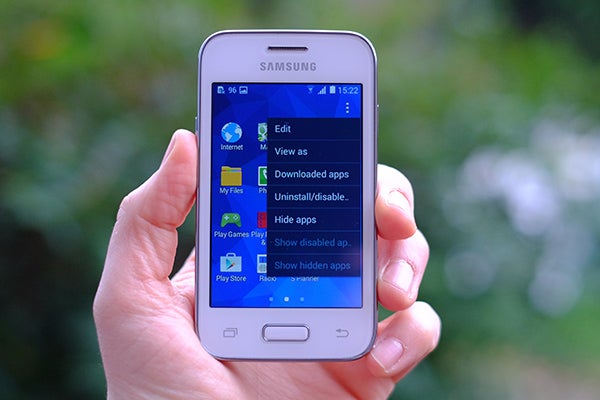 You can ‘hide’ any system apps you aren’t able to uninstall from the Samsung Galaxy Young 2, but along with streamlining its interface, Samsung has also stopped preinstalling so much bloatware – we were pretty happy leaving everything there.

Samsung Apps (a third-party apps store), My Galaxy and ChatOn are apps you might want to ditch, but otherwise the phone isn’t weighed down by much more than the default Google apps.

The Samsung Galaxy Young 2’s Settings menu is still a bit bloated and potentially confusing, but otherwise we find its software easy enough to get on with. 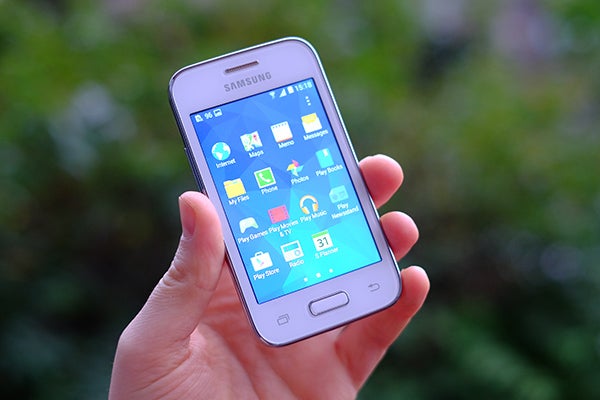 All the progress Samsung has made with its interface design really isn’t shown off too well in the phone, though. As well as the screen making everything look like a pixellated, indistinct mess, performance is not good.

While just flicking between main interface screens is sometimes smooth enough, but the phone is otherwise plagues with significant lag and grating pauses. Virtually every operation feels slow and clunky, where we’ve learnt to expect much more in the last 18 months: a cheap phone needn’t mean poor performance any more.

Although part of this may be down to slightly under-optimisation in Samsung’s software, we’re happy to lay much of the blame on the hardware here, for once. 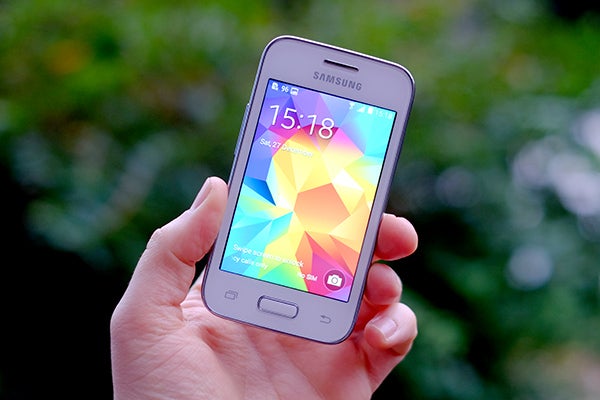 It’s way below what we consider the minimum ‘recommended’ requirements for Android 4.4, so it’s no great surprise that performance is so sketchy. In the Geekbench 3 benchmarking test, the Samsung Galaxy Young 2 scores just 255 points, an absolutely dreadful score that demonstrates the completely unacceptable performance of the phone given it costs as much as £90 SIM-free.

Almost every other phone at the price offers at least double the benchmark performance, with single-core phones of this architecture virtually unheard of at this point. Samsung, what are you playing at? It doesn’t even have enough power to play a 720p MP4 video without it becoming unwatchably choppy.

The Samsung Galaxy Young 2 is obviously not a phone designed for gaming either, but we thought we’d try it out with our usual high-end 3D test titles. Performance is pretty terrible. There are significant frame rate drops even at low graphics settings in titles such as Dead Trigger 3, and the visuals look pretty bad compared with other higher-resolution (but similarly priced) phones. Text gets hard to read in places, as there are so few pixels to go around.