Even by Rega’s high standards, the Planar 8/Ania is a beautifully realised machine

So spending more on a turntable to get less turntable might, at first, seem counter-intuitive. But, in the manner of a sports car company that strips all the niceties out of a vehicle to make it a) lighter, b) faster and c) more expensive, Rega’s Planar 8 has been taken down to the high-tech bones. All in the quest for optimum performance.

Chucking over two grand at the Planar 8/Ania package doesn’t buy you much physical turntable, it’s true. But performance? Oh, you get your money’s-worth.

‘Less is more’ is hard at work here. The plinth of the Planar 8 is a pared-back, stripped-down design – it’s built from ‘Tancast 8’ polyurethane foam (which looks not unlike cavity wall insulation) sandwiched between a layer of High Pressure Laminate top and bottom.

It’s extremely light, looks almost unfinished when viewed side-on and is, claims Rega, both lighter and stiffer than the already-quite-minimal plinth of the Rega RP8 this deck replaces. 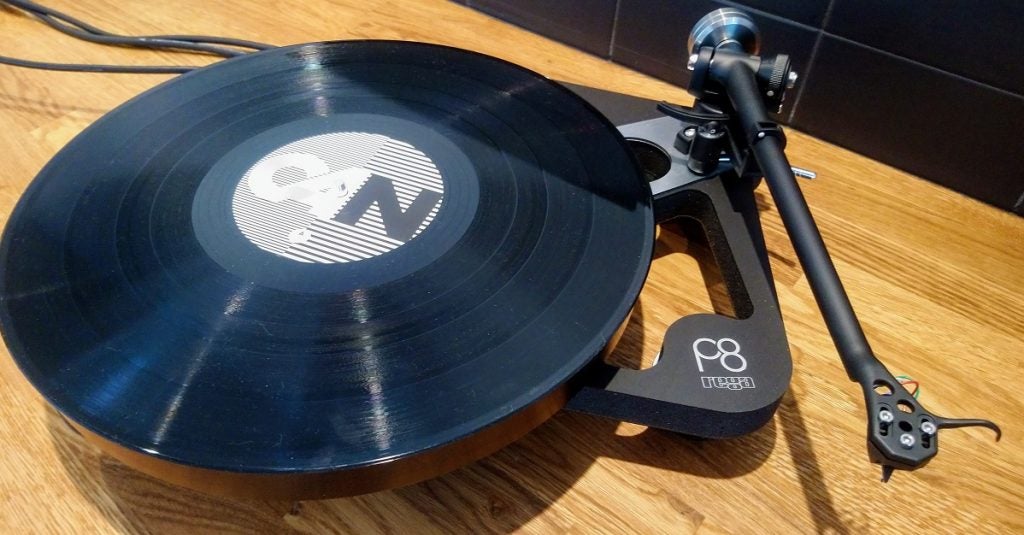 It’s an aggressive look – the inter-plinth between the main bearing and the tonearm (which Rega reckons is where rigidity is most essential) looks particularly purposeful. It’s not automatically what you think of when picturing expensive record players – but it’s a striking, and mechanically optimised, design.

Given the Planar 8’s plinth has nowhere to position hinges for a conventional dust cover, Rega has come up with a pragmatic solution – a clear, sculpted cover that snugly follows the line of platter and tonearm. It fits over the spindle and a through a pinhole in the plinth. Again it’s far from luxurious – but it’s quite elegant and effective in its own way.

Every Planar 8 comes with a Rega Neo power supply/speed control box which has been custom-matched to the turntable it’s shipped with – this ought to offer maximum pitch stability. A box as nondescript as the Planar 8 is dramatic, Neo houses the 24v motor driving the platter around, and switches between 33.3 and 45rpm.

As Rega wants to keep weight down, no one’s expecting a stack of superfluous features – and sure enough, there aren’t any. But the Planar 8 has had the time and effort invested where it counts.

The RB880 tonearm, for instance, is new – it just doesn’t look it. But the bearing assemblies now have tolerances of 1000th of a millimetre and, as a consequence, have negligible free play. 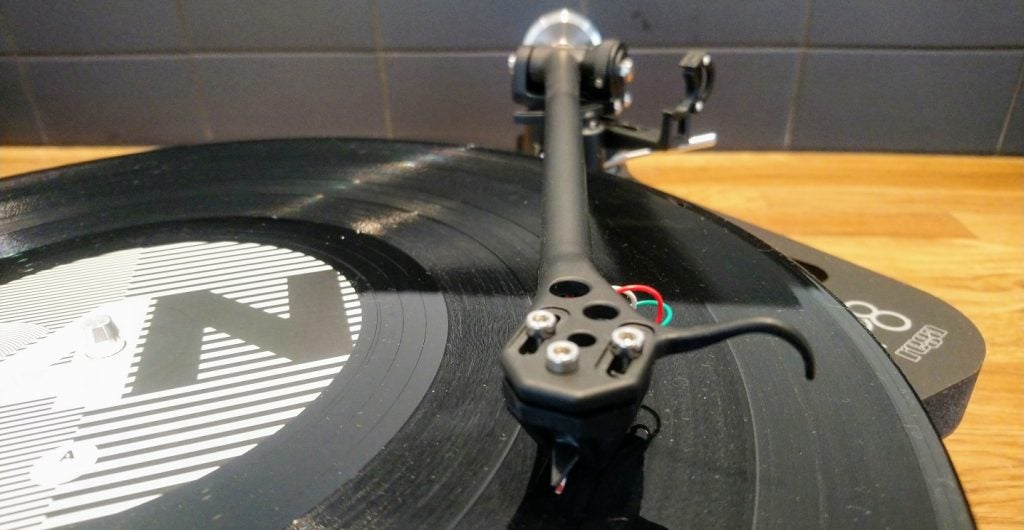 The arm features hard-wired phono cables with chunky locking plugs at one end and, at the other, Rega’s splendid Ania moving coil cartridge. The Ania costs £499 as an individual item, but if bought with the Planar 8 adds just £420 to the £1699 a cartridgeless Planar 8 will set you back.

The main bearing assembly that supports and moves the platter is a new design, too. The aluminium sub-platter, brass housing and steel spindle are all very carefully mated to the plinth in order to keep energy transfer to a minimum.

The platter itself is brilliantly efficient, and so lovely to look at it’s a shame to put a slip-mat on it. It’s a hefty piece of laminated glass formed from three pieces, with its mass concentrated at the outer edge – this aids the flywheel effect that’s so important to rotational stability and consistency.

Like every Rega, the Planar 8 doesn’t feature suspension. Instead, isolation and positioning are provided by three biggish, softish feet. A level, isolated platform far from any sources of vibration are, ideally, what’s required to hear the Planar 8 at its best.

Set-up is simple. The cartridge is pre-installed on the arm – so there’s just the belts to be fitted, plus the bias and tracking weight to be checked and adjusted if necessary (tracking at 1.75g or so suits the Planar 8 nicely). And then you’re good to go.

The sound the Rega makes would be worth waiting an awfully lot longer for. With a copy of The Roots’ deathless Things Fall Apart spinning, the Planar 8 doesn’t so much impress with the way it extracts the finest details from the vinyl as startle. 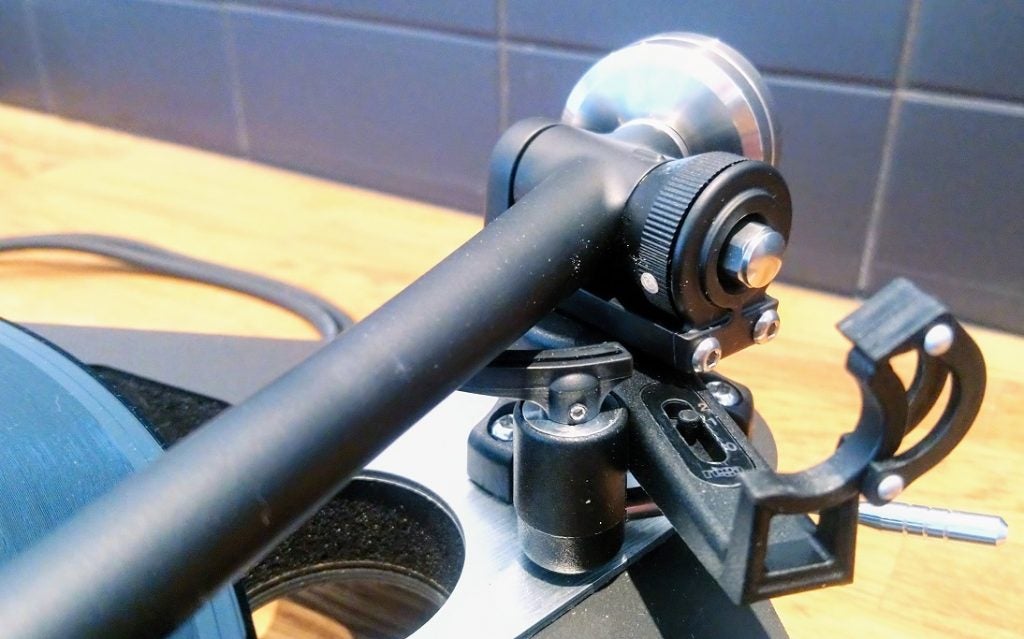 The Rega draws back all the veils and lays the recording bare, with the difference between played and sampled instruments, drum kits and drum machines, made absolutely plain. Such a level of insight is rare even in record players costing quite a bit more than this.

Switching to Augustus Pablo and King Tubby’s King Tubbys Meets Rockers Uptown demonstrates the Planar 8’s control and authority. This is a frayed, smoky and reverb-drenched recording, but the Rega doesn’t let it wallow.

All the weight and momentum the low frequencies are packing is delivered in full, but they don’t hang around or slide out of focus. The Rega understands the recording on a gut level, doesn’t overplay the rough edges but doesn’t gloss over them either. It’s punchy, but not musclebound. 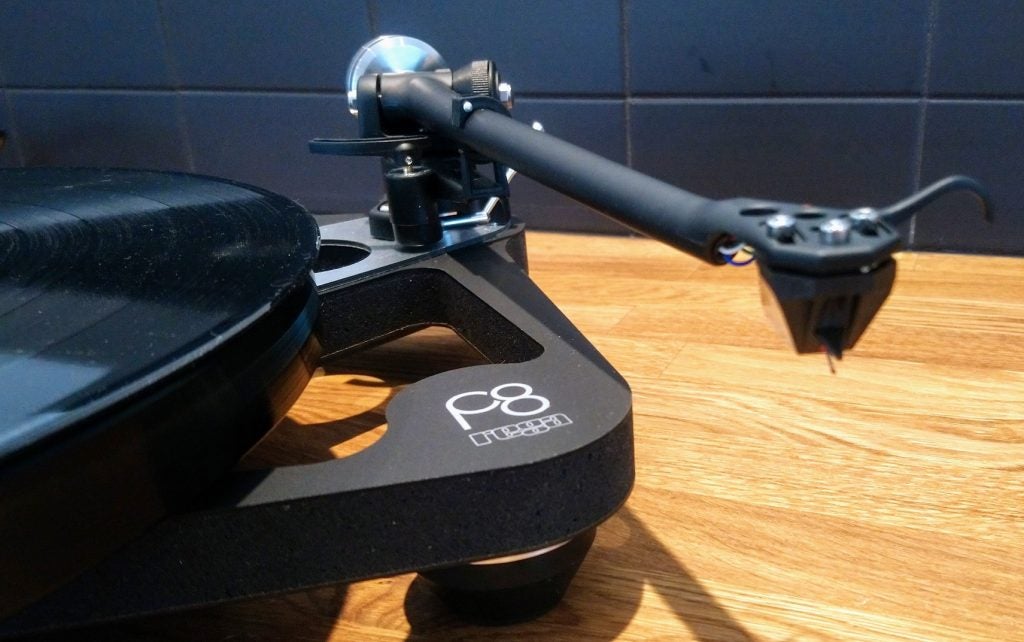 The altogether sprightlier sounds of Hissing Fauna, Are You The Destroyer? by of Montreal gives a broader overview of the Planar 8’s talents. It has the ability to present a recording as a coherent and unified whole, making timing and integration sound simple and effortless, that all the best record players have.

It has a lot of the typically vinyl warmth to its low-frequency reproduction – but unlike a lot of turntables it doesn’t overstate it. It has the sort of midrange fidelity to make the singer on a careful recording like this sound immediate and characterful. It creates a broad, well-focused soundstage and it gives exactly as much prominence to each instrument as is required.

In the most reductive terms, the Rega Planar 8 is articulate. It’s expressive. It has a fluent, naturalistic and authoritative way with music and doesn’t sound analytical even when it’s extracting the finest details from the depths of a mix. It’s convincing in every way.

This is the racing model, the track-day specialist that’s had all the thought put into what can be honed or minimised rather than into what can be added. As a consequence there’s an absolute purity of purpose, and a corresponding purity of performance, to the Rega. It’s a remarkable record player.

The Planar 8 is rather spare when it comes to features. If you want true convenience, look at Cambridge Audio’s hi-res wireless Alva TT.