The 4K revolution continues to gather pace. For hot on the heels of recent tests of 4K sets from Toshiba and LG, we’re now staring down the UHD/4K debut of Philips. The 65PFL9708S is a 65-inch model equipped with Smart TV features, 3D playback and, intriguingly, a brand new uber-powerful processing engine Philips claims can improve the look of native UHD sources as well as delivering enhanced upscaling of HD. Perhaps best of all, though, you get all this for a cool £500 less than any other 65-inch UHD TV seen to date…

Compared with the svelte, gleaming designs of many of Philips’ other 2013 TVs, the 65PFL9708S is a bit bland. Its matt bezel is just another black rectangle – albeit quite a thin one considering the acreage of screen it holds – and its rear is relatively chunky side by today’s standards. 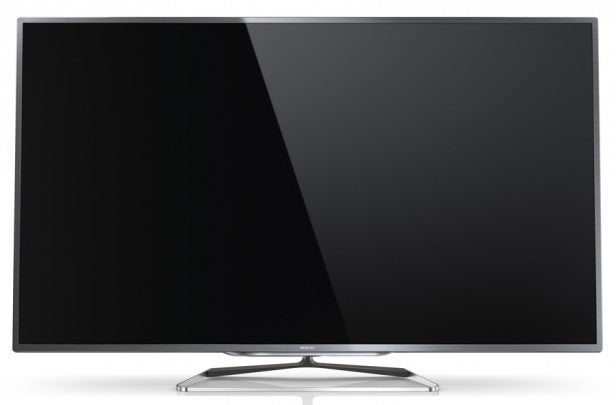 On the upside, its stand is quite cute and the whole shebang is illuminated – literally – by Philips’ Ambilight technology.

This uses LEDs built into the set’s rear to cast out coloured light from its left and right sides, and upper edge. This light can be set to a single tone of your choice, or better, it can be set to match the colour content of the picture you’re watching, tracking the colours down to a startlingly local level.

So long as you set this dynamic Ambilight approach to a fairly gentle level of aggressiveness, it delivers an excellent enhancement to your viewing experience, making long term viewing less stressful on your eyes and more immersive.

The 65PFL9708S’s exterior reveals another advantage over most rivals too: Five HDMIs where other UHD sets top out at four. Interestingly, one of these is specified as a ‘UHD input’, since it feeds into a special processing board equipped with twice the processing power attached to the other inputs.

This does not mean, however, that the UHD HDMI is built to the new HDMI 2.0 standard; the only brand offering such inputs remains Panasonic at the time of writing. In its current state, therefore, even the dedicated HDMI can’t handle UHD feeds at faster frame rates than 30fps.

Philips has assured us, though, that it’s working on a solution that will make the 65PFL9708S compatible with higher frame rate UHD feeds. It won’t be drawn on any details about this other than stating that the solution will be ‘external’. But at least the brand has stated categorically that some sort of 4K at 60/50Hz solution will happen, which is more than LG has!

The 3840×2160 panel at the 65PFL9708S’s heart is a VA (rather than IPS) type, which experience suggests should deliver better contrast but reduced viewing angles.

It uses edge LED lighting, driven by a micro dimming pro system that divides incoming images into small sections so that the TV’s processing can more accurately determine the optimal settings to use when generating pictures. There’s no local dimming of the sort you get with the Sony 65X9005A and Samsung UE65F9000, where different portions of the edge LED lights can have their output controlled individually. But there is a ‘local contrast’ feature that’s able to enhance the perception of contrast in different parts of the image.

The set’s built-in light sensor can be used in conjunction with the micro dimming pro system too, to deliver apparently better picture quality as well as reduced running costs. Normally we’re suspicious of such light sensor connections, but we found this Philips effort to actually be quite helpful in the way it effects black level response. 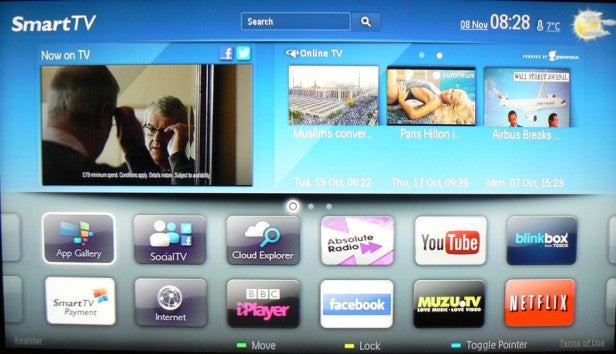 One of the most interesting but also potentially controversial aspects of the 65PFL9708S is its Ultra Pixel HD processing engine. Philips has a well-established reputation for applying – or providing the tools for applying – more heavy duty processing routines to pictures than any other brand, and it seems keen to maintain this reputation despite the fearsome challenges raised by trying to apply ‘on-the-hoof’ video processing to pictures with 3840×2160 pixels in them.

The main innovation is the development of new silicon capable of handling a mind-boggling four billion pixels at once. This means Philips can still operate judder and blur-removing Natural Motion circuitry even when you’re watching UHD, as well as providing an option that apparently allows you to make UHD content look even sharper than it does already!

We can already imagine video purists twitching at the thought of all this video processing, and we can’t help but wonder ourselves if images as natively awesome as UHD really need as much ‘help’ as Philips seems keen to give them. The 65PFL9708S provides 3D playback for anyone still keen on it, using the passive system that really comes into its own on UHD TVs on account of having twice as many lines of resolution to play with (since you no longer suffer the reduced resolution from 3D Blu-rays that you get with normal passive 3D HD TVs).

The set also carries Philips’ latest Smart TV system. Despite the actually rather cool recent addition of a new Cloud Explorer feature that lets you access any multimedia you might have stored online with Dropbox, this is sadly far from one of the best online TV services, thanks to a serious shortage of content and slightly primitive interface (for more details see our dedicated feature).

But then if Philips can work the sort of picture quality magic on a UHD level that it has at times with some of its past HD TVs, the lack of content on its smart TV system will be pretty easy to bear given all the alternative content sources emerging these days.

The huge amount of options available in Philips’ slightly tortuous onscreen menus makes the 65PFL9708S a potentially very complicated TV to use. So while we’re not generally fans of dictating to people how they should set their TVs up, we are going to make at least a few suggestions. 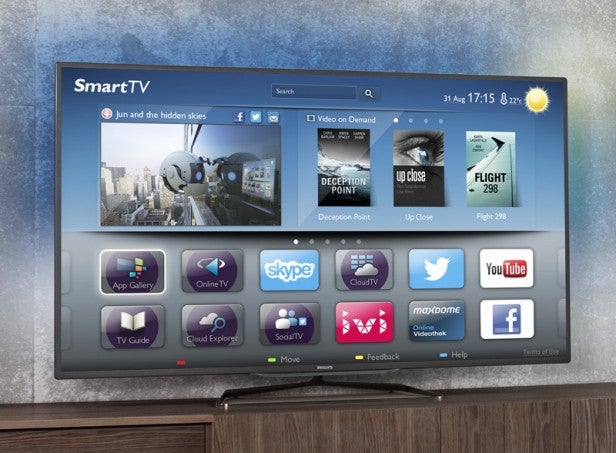 First, we suggest that for the most part you don’t use the Ultra Resolution feature, for reasons detailed in the picture quality section. We’d also recommend not using the set’s sharpness setting any higher than its four level (and probably as low as three for HD upscaled material), and that you choose the ‘Standard’ dynamic backlight feature, since the other settings cause too many ‘jumping brightness’ distractions for comfort.

Another feature we would recommend deactivating, at least when you’re watching films, is the TV’s motion processing. For despite Philips quadrupling the power of its processing compared with its top-end HD TVs, the Natural Motion option still causes a few problems, as we’ll detail in the picture quality section.

Next on our ‘handle with care’ list is the set’s Colour Enhancement feature. For while this can give colours a clear lift in terms of their saturation levels, it also starts to make pictures look extremely unnatural on its highest setting, and even on its lowest setting it noticeably reduces the sense of detail when watching UHD sources. Our advice would be to use it on its low setting for non-UHD sources, but leave it off for UHD.

Finally, we didn’t see much benefit from the TV’s noise reduction systems. They’re utterly unnecessary and actually quite damaging with native UHD content, and even with upscaled sources we often felt they were doing more harm than good. There’s much more joy to be had in picture quality terms from tweaking settings like gamma, contrast, sharpness, colour and backlight.