First on our checklist, inevitably, is native UHD content. This content remains for now an assortment of demo material from various manufacturers, reminding us all too starkly of the lack of ‘real world’ UHD/4K content currently available. But at least we’ve got enough demos now to be able to try TVs out with a good variety of image types.

Given Philips’ proud image heritage, we weren’t in the least bit surprised to find the 65PFL9708S doing a mostly excellent job of doing 4K justice. Right away the improvement over standard HD visuals is abundantly apparent, as images look more detailed, more dense, more ‘smooth’ (a shorthand way of saying it looks like reality rather than mere pixels on a screen), and deeper, thanks to the way detail and sharpness can be resolved further into the distance. 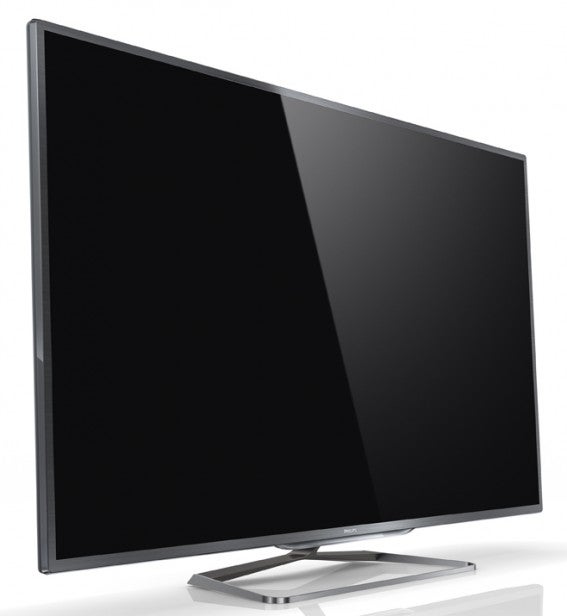 The sense of detail and depth in the image is done no harm at all, either, by the 65PFL9708S’s very impressive contrast performance. We’ll look at contrast and black level in more detail later, but the 65PFL9708S certainly reminds us in no uncertain terms – especially given the way the Ultra Resolution feature manipulates contrast as part of its resolution-boosting process – that contrast has almost as important a part to play in making pictures look more detailed as more pixels.

Colours enjoy subtler blends with native UHD content too, making objects seem more solid and, thanks to the removal of all colour striping/banding and blocking, helping the image to again just look much more like reality than normal HD.

Our initial feeling about the 65PFL9708S’s UHD pictures, though, wasn’t 100% positive. They just looked just a tad soft compared to the UHD/4K sets we’ve seen from Sony, Samsung and LG. Thankfully, though, we were easily able to improve things by, as suggested in the Set Up section, turning off the set’s Colour Enhancement feature, which seems to oversaturate colours to the point where a degree of subtlety and detail is lost.

The 65PFL9708S’s colours don’t enjoy quite as much finesse as they do on Sony’s 65X9005A with its Triluminos technology, and so very colour-rich images don’t look quite as ‘4k’ as they do on the Sony. But they’re certainly not lacking in verve, tonal accuracy or dynamic range.

You can also combat the initially slightly soft feel to UHD content by engaging the Ultra Resolution feature. This really does sharpen images up to a striking, almost impossible-feeling extent – though as mentioned in the set up section, it does make some ultra-detailed content feel a bit too harsh.

The 65PFL9708S’s biggest area of struggle is with motion. For without using the set’s Natural Motion processing some resolution loss over moving objects (an ultra-common LCD problem) can cause the image to lose a bit of its UHD clarity during action scenes.

You can actually get round this motion resolution loss completely if you call in Philips’ Natural Motion system on its mid or high level, but unfortunately these modes cause problems of their own in the shape of sporadic flickering, image lag and blurred moving object ‘halos’. Even the Low Natural Motion setting isn’t devoid of artefacts, which essentially leaves you in a position of not having any setting on the TV that leaves motion looking 100 per cent perfect.

While it’s our job to be picky, though, please don’t doubt for a second that UHD looks superb on the 65PFL9708S – especially when you take its groundbreaking price into account.

Much as we might love the world to already awash with UHD sources, it isn’t. So for the next year or so at least you will be predominantly using your 65PFL9708S to upscale current HD sources. Samsung and Sony have both shown just how successful this upscaling process can be, so we have high hopes for the 65PFL9708S too – especially given how much processing power it has at its disposal.

First impressions, though, aren’t promising. Upscaled pictures look gritty and fizzy, as the processing goes into sharpening overdrive rather than delivering the ‘intelligent’ extra pixels of image information we’d been led to believe we would see.

Fortunately the vast majority of these issues turn out to be a result of the Ultra Resolution feature, which is on by default in many of the TV’s presets. Turn this feature off and immediately upscaled pictures look much less noisy and much more natural – despite still looking sharper, more detailed and more dense than they would on a normal HD TV.

Even with Ultra Resolution turned off, two further issues with the upscaling system prevent it from being as consistently good as the upscaling efforts of Samsung and Sony’s 4K TVs. First, the Philips system isn’t as flexible when it comes to handling different types and qualities of source material. Feed in a premium grade source like the ‘mastered in 4K’ Blu-ray of Spiderman and the upscaled image looks excellent. Feed in something slightly ‘grubbier’, though, such as the grainy final Harry Potter film on Blu-ray, and noise levels increase dramatically. It’s noticable, too, that the image becomes grainier the more motion there is in it for the processing to have to deal with. 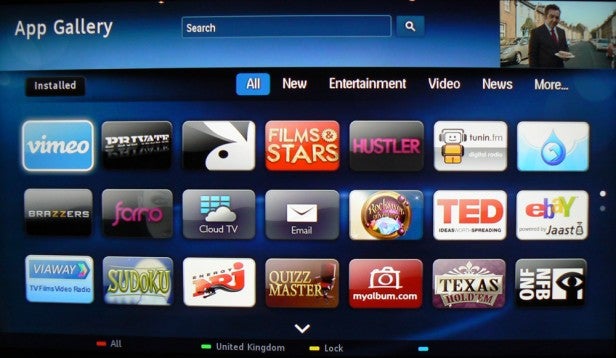 Motion can look slightly processed with lower quality upscaled material too, even if you’ve got the Perfect Natural Motion feature switched off.

The bottom line is that while the upscaling processing is clearly powerful and can deliver a final, ultra-detailed outcome, it doesn’t seem as clever at recognising differences in sources and adapting its workings accordingly as a couple of the rival systems out there.

One final key element in the 65PFL9708S’s picture make up is contrast. And the news here is mostly good.

As noted in the UHD section of the review, the set is capable of an extreme contrast range, with deep blacks at one end and extremes of colour and brightness at the other. And its micro dimming system and local contrast processing combine to do a startlingly good job of delivering a strong black level without leaving the rest of the image looking compromised in terms of brightness or colour.

It’s also a great relief after the problems we had with Philips’ 60PFL6008 to find that there’s no evidence whatsoever – even in the extreme corners – of backlight inconsistency/clouding during dark scenes on the 65PFL9708S.

The only issue we have where contrast is concerned is that when calibrated to the point where you get the best balance of deep blacks and still-punchy colours, the darkest parts of the picture can look a little hollow, as some of the shadow detailing they should contain is crushed out of the picture, at the same time as the brightest parts of the same images look a little too intense. In other words, the set can go a touch too extreme with its contrast boosting efforts.

With this in mind it might have been nice to see how Philips would have fared if it followed the lead of Sony and Samsung by introducing a local dimming element to its edge LED lighting. But then had it done so it’s unlikely we’d be looking at a price as low as £4,500.

For the sake of completeness there are two more small issues we should mention: the set’s viewing angle before contrast starts to take a hit is quite limited (a problem with all VA LCD panel types), and the way the rather glassy screen can be quite reflective of any lights/bright objects in your room.

While we’ve been at pains to pick out every possible problem with the 65PFL9708S’s pictures, though, we really owe it to the set to wrap up this section by saying that once you’ve got to grips with and worked round its foibles, it’s capable of serving up really good pictures from a wide range of sources.

Used as the main TV for the review period
Tested for more than a week
Tested using industry calibrated tools, discs and with real world use
Tested with broadcast content (HD/SD), video streams and demo discs
Previous
Philips 65PFL9708S Review Next
3D, Audio and Conclusions Review