The 65PFL9708S handles 3D well rather than brilliantly. On the upside as ever it’s great to see passive 3D’s benefits of no flicker, minimal brightness reduction and practically no crosstalk (so long as you keep your vertical viewing angle within 15 degrees) being joined by the full HD resolution made possible by the screen’s UHD resolution, and the sheer scale of the 65-inch pictures. All in all, it’s a pretty grand spectacle.

The problem is that motion looks a little uncomfortable. If you leave Perfect Natural Motion turned off there’s enough judder in the image to cause some blurring and shimmering over moving objects, yet if you turn Perfect Natural Motion on, even at its lowest level, there are too many processing side effects to comfortably tolerate.

It’s also noticeable that 3D pictures aren’t UHD in resolution. But detail levels still look good enough to satisfy, especially given how much other visual information your brain is assimilating during 3D viewing. It was also interesting to note that, since the TV isn’t having to upscale 3D images to the extent necessary with full HD 2D sources, 3D Blu-rays also tend to look cleaner than 2D ones. 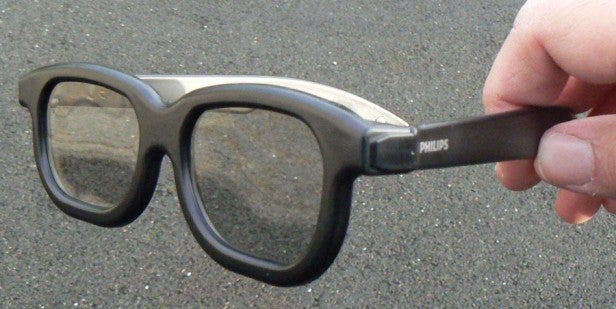 Finally in this section, we were impressed by the natural and deep sense of depth visible with large-scale 3D shots – an effect enhanced by the 65PFL9708S’s impressive contrast handling, which helps the screen delineate more depth ‘cues’, even during dark scenes.

The 65PFL9708S is a very handy audio performer. There’s a startling amount of power, dynamic range and clarity – in both the mid and treble sections of the audio range – considering the set isn’t using forward-firing speakers. Even more surprisingly there’s some genuine bass to underpin the soundstage. This helps action scene soundtracks enjoy a cinematic scale and authenticity sadly all too rarely witnessed on today’s ever-skinnier TVs.

The only negative – if you can call it that – is that the speakers need a fair bit of volume before they really come to life. At lower volumes they can sound a little muted and constrained.

If you’re thinking the 65PFL9708S sounds like a potentially immense monitor for gaming on, you’d be right in most ways. Its bold contrast, rich colours and huge resolution all stand in its favour.

However, there is a fly in the ointment in the shape of the screen’s rather hefty input lag. Even using the provided Game and Computer presets and making sure as much picture processing as possible was turned off we couldn’t get any input lag measurements below 66ms – and at times the lag went right up to 100ms. Even the lower of these figures is high enough to potentially damage your gaming abilities. The Sony 65X9005A, by comparison, only suffers a 32ms delay in producing its pictures. 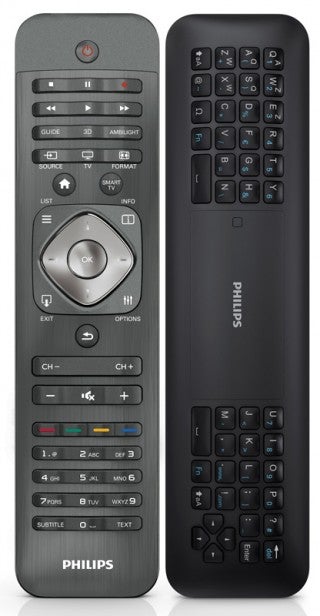 Better news concerns the 65PFL9708S’s interface. For starters, Philips has used a six-core processing engine inside its 4K debutante, which helps its smart interface run more fluidly and quickly than it does on Philips’ lower-end TVs.

Also appreciated is the full QWERTY keyboard found on the rear of the remote control. This proves quite useful when using the TV’s search tools or built-in browser. What’s more, you can’t accidentally press any of the keys on this keyboard when you’re using the normal buttons on the other side of the remote, since each side of the remote only works when it’s facing up.

It’s a heck of a temptation, that’s for sure. For starters it delivers some excellent picture and sound quality. UHD pictures aren’t quite as crisp as those of some of its rivals, but they’re still undeniably, gorgeously better than HD, and remarkably there is a sharpness boosting system for UHD if you really want to turn that next-gen detailing up to 11.

Similarly, while upscaling doesn’t seem quite as refined and adaptive as the engines in the Samsung UE65F9000 and Sony 65X9005A, it can still deliver enjoyable results so long as you rein in the set’s predilection for trying to push sharpness too hard.

Philips’ Smart TV platform is a bit lame compared with those of many rival brands, but this may well not be a big deal to the sort of person likely to spend £4,500 on a TV, as they’ve probably got plenty of other ‘smart’ sources in their AV arsenal.

Easily the most compelling argument in favour of the 65PFL9708S, though, is that £4,500 price. This makes it comfortably the cheapest 65-inch UHD TV  available in the UK now, coming in £500 cheaper than its Samsung and Sony rivals, and a whole £1,000 cheaper than LG and Panasonic’s current 65-inch UHD offerings. These savings equate to a whole lot of Blu-rays – or UHD/4K discs when they start to appear.

The 65PFL9708S is potentially the most important Philips TV for years. For by offering a high level of performance – so long as you’re very careful with its settings – for the lowest price yet seen attached to a 65-inch UHD TV, it feels like just the sort of bold declaration of competitive intent for the next TV generation Philips needs to get itself well and truly back in the UK TV game.