But it’s also a set we’re hoping will bury the rather unhappy recent memories we have of its 60-inch sibling, the Philips 60PFL6008, which suffered some serious backlight clouding issues. Logic dictates a smaller set should banish such problems, but we wanted to see if that really was the case. Read on to find out. 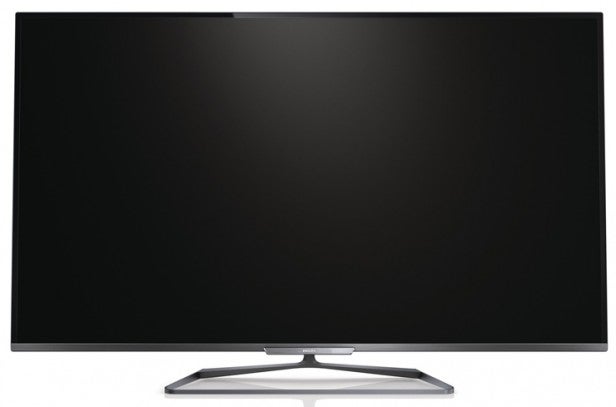 From the outside, the Philips 47PFL6008 is a striking looking TV for a mid-range model. Philips is now a fully paid-up member of the super-slim club, with the sub-1cm bezel around three sides of its screen looking even slimmer than the latest frames of many LG and Samsung TVs. Its sultry black finish reduces even further the bezel’s impact, making sure you’re always focussed on the TV’s pictures rather than the frame around them.

The set’s bottom edge is a little wider than the other three sides, but Philips takes advantage of this to add a nice bit of extra panache in the shape of a metallic dark grey strip that runs the full width of the screen.

The 47PFL6008’s slenderness extends to its rear profile – and that rear also impresses with the way it provides a good suite of connections, including four HDMIs and three USBs. There’s built-in Wi-Fi too, so you can make use of the TV’s ability to stream content from DLNA-enabled PCs and go online with Philips’s latest online TV platform. 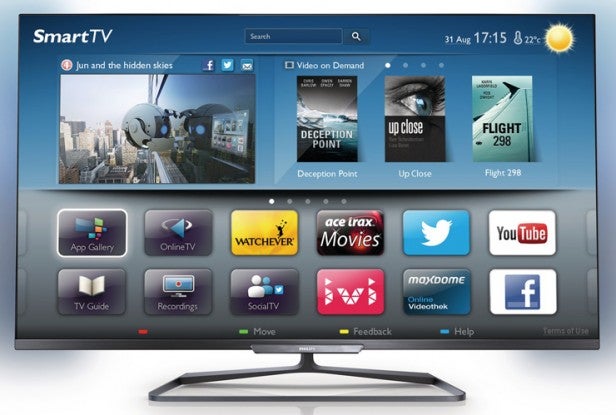 While the multimedia skills of Philips’ mid-ranger are impressively flexible in terms of the range of file types they can handle, its support for online services is rather less wide-ranging.

Thankfully a recent software update has now added Netflix to the range of services available, and this joins the BBC iPlayer, YouTube, Blinkbox and an eyebrow-raising range of, um, ‘grown-up’ content on the video streaming front.

There’s still no LoveFilm, no ITV Player, no 4oD, and no Demand 5, though, which means it falls way behind Samsung on for sheer volume.

The TV does OK where social media is concerned, supporting Facebook, Twitter (complete with automatic ‘hashtag thread’ searches connected with whatever programme you’re watching), Skype (via an optional external camera) and Picasa.

There are a few audio and information apps too, and the TV even has a stab at ‘doing a Samsung’ and learning your viewing habits so it can make recommendations accordingly. But the scope of this recommendations system is much more limited than Samsung’s, especially now the Acetrax VOD platform is no more.

Another big problem for Philips’ online service is that its interface runs distinctly sluggishly compared with the latest engines available from its big-name rivals.

There are some good touches too, such as the provision of a full QWERTY keyboard on the remote’s rear and a decent app for iOS and (to a lesser extent) Android devices. But overall there’s no ducking the feeling that Philips is currently lagging behind the latest Smart TV pace.

For an in-depth look at the latest Philips Smart platform, read our full Philips Smart TV review – remembering to add that Netflix is now available!