The Philips PFL6008 series sits in the upper middle tier of its latest TV range, and this 60-inch model is the biggest member of the series, which starts at 42-iches for around £1,000 and includes 47-inch and 55-inch versions as well. In fact, it’s the biggest TV Philips currently offers period. It’s equipped with Philips’ new Smart TV engine, passive 3D and, inevitably, Philips’ Ambilight technology. Plus it’s pretty affordable for a 60-inch TV, coming in at fractionally under £2,000.

It’s a tasty looker for a non-flagship TV, too. Its deep grey bezel is startlingly slim – only slightly more than 1cm across – and as such makes the huge acreage of screen feel even more substantial. Keeping the bezel thin also helps make the 2-sided XL Ambilight system more effective, as the pools of coloured light emerging from the TV’s left and right sides seem more directly connected with the picture information they can be set to mimic.

We’ve long been fans of Ambilight, finding that it makes viewing more immersive and more relaxing. However, not having any Ambilight effect erupting from the top edge of such a huge screen does make the left and right Ambilight ‘pools’ feel a little dislocated from each other, and thus less immersive than normal. 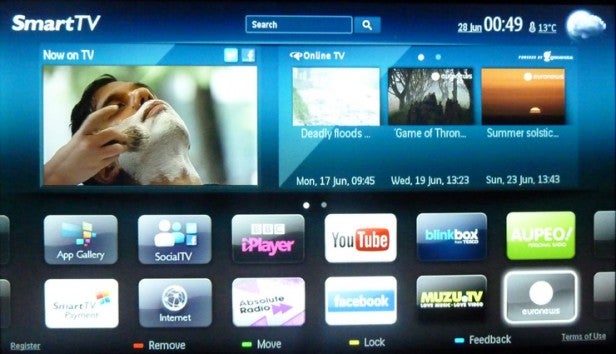 The Philips 60PFL6008 is well connected for a mid-range set, as it includes four HDMIs, three USBs, a LAN port, Miracast for easy mirroring of your smart devices on the TV’s screen, and integrated Wi-Fi. The USBs and network connections enable you to play back a wide variety of photo, music and video multimedia files from USB sticks and DLNA-enabled PCs, while the network options additionally let you access Philips’ current Smart TV system.

We’ve taken an in-depth look at the 2013 Philips Smart TV system already, so we won’t dwell on it again here. The only things we’ll quickly say are that it’s a pretty uninspiring system in content terms, with less video platforms available than most rivals. The only highlights are the BBC iPlayer, YouTube, Blinkbox, and the recently added Netflix (though this still hadn’t rolled out to our test sample). 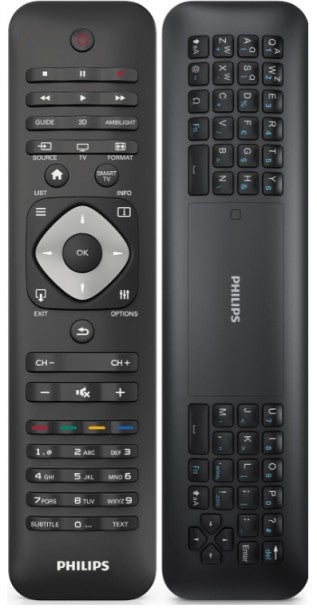 The Smart TV system does support a recommendations engine where it can suggest content for you based on your viewing habits. But this is fairly limited in its scope – at least when it comes to the content sources it draws its recommendations from. Especially now Acetrax has closed for business.

The Smart interface is made rather tortuous, too, by its sluggish running speed and occasional crash. Hardly ideal if you want people to use your online services regularly.

There is one good Smart TV touch, though; the inclusion on the rear of the TV’s remote control of a full and tactile QWERTY keyboard.

With any Philips TV it’s always crucial to identify which picture processing system it’s using. And in the Philips 60PFL6008 you get Pixel Precise HD.

This is not Philips’ top level of processing, but it’s still a formidably powerful system with tendrils that extend into almost every facet of the TV’s picture performance.

Philips has thoughtfully given you manual control over the vast majority of the key picture processing elements too – though there is a downside to this, as it makes the Philips 60PFL6008 quite demanding to use if you can be bothered to ensure that you’re always getting the very best picture quality with different types of source.