Having already had our socks blown off by the spectacular Sony Bravia KDL-55W905A, we expect to have our home cinema cockles thoroughly warmed again by another potentially stellar TV, the Panasonic TX-P50VT65.

Why are we so confident that the P50VT65 is going to be so good? First, there’s history. The VT series of Panasonic’s past couple of plasma TV generations delivered reference-level performance standards, so there seems no reason to expect that the wheels will come off with 2013’s VT iteration. 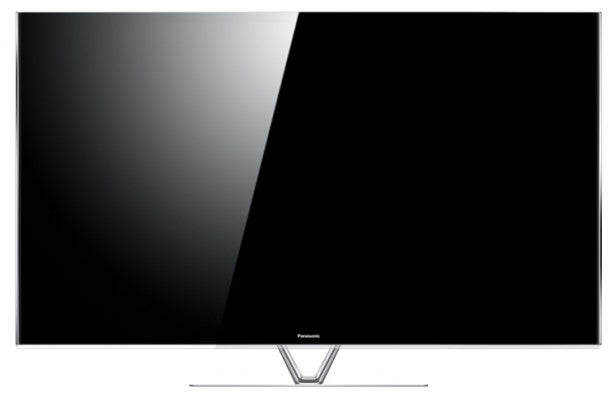 Second, there’s our recent review of the Panasonic P42GT60. This model sits lower in Panasonic’s new TV range than the Panasonic TX-P50VT65, but its picture quality was a revelation even by Panasonic’s usually high plasma TV standards. So unless the P50VT65 turns out to be one of those rarest of beasts – a high-end TV that’s less able than a brand’s mid-range model – it really is looking well set to be yet another superstar in what’s already a truly vintage year for TV.

The VT65 sets itself apart from the GT60 immediately thanks to its ‘one sheet of glass’ design that’s bound to turn heads.

The screen’s bezel is wider than the frames you’ll find wrapped around your average LCD TV these days, but surely this isn’t that big a deal to anyone who really cares about picture quality? Provided, of course, the Panasonic TX-P50VT65 delivers the picture quality we expect it to. Plus the extra bezel width has allowed Panasonic to build a pair of front-firing speakers into the frame, raising hopes of a superior audio performance.

Our examination of the exterior also uncovers a pop-up Skype camera tucked behind its upper edge – something not included on the GT60 series.

We expected the Panasonic TX-P50VT65’s connections go one better than those of the GT60 set by introducing a fourth HDMI, but it doesn’t. Three is adequate, we suppose, but we hope Panasonic reverts back to four HDMIs – at least – with its 2014 TVs.

Joining the HDMIs are three USBs (offering multimedia playback and recording from the set’s Freeview and Freesat HD tuners), an SD card slot, and the increasingly inevitable combination of a LAN port and built-in Wi-Fi. The network options both support connectivity with Panasonic’s Viera Connect online portal, and streaming of video, photo and music files from DLNA-enabled PCs.

A superbly detailed and comprehensive set-up routine introduces you to all the multimedia features the Panasonic TX-P50VT65 has to offer, with day-to-day interaction taking place through Panasonic’s remarkably friendly new myHome Screen interface. This delivers a trio of themed hub screens providing streamlined access to different types of content. Plus it lets you create with remarkable ease a series of your own home screens – one for each member of your family, perhaps – containing direct links to only your own favourite apps and content.

The flexibility and user-friendliness of myHome Screen really is a revelation, and as such provides many lessons other more inscrutable smart TV systems would do well to learn from. Read our full Panasonic My Home Screen smart TV review for our in-depth examination of Panasonic’s 2013 smart TV system.

When it comes to content, however, it could be better. The Panasonic TX-P50VT65 doesn’t support LoveFilm or Blinkbox, for instance, and the only catchup service carried is the BBC iPlayer. However, the interface is friendly, there’s a good selection of utility and gaming apps, and you do get both Netflix and Acetrax film and TV services, among other more minor platforms. 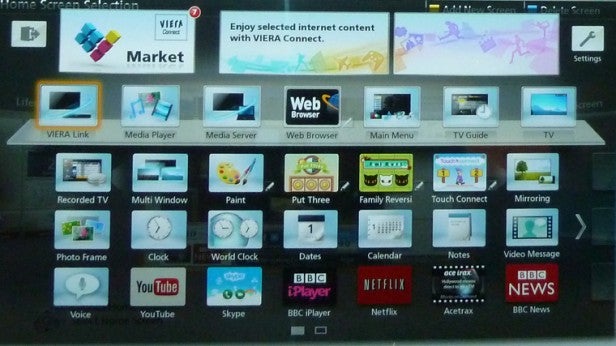 The P50VT65 can also be controlled by and share media – including second screen viewing with twin tuner support not available on the GT60 series – with the impressive Viera Remote 2 App for iOS and Android, and ships with a second remote control containing a touch pad.

As for the touch pad remote, while we like the idea, the reality is rather spoiled by the fact that the pad section is too small, uses a circular shape not well matched to the rectangular shape of your TV screen, and doesn’t respond naturally to your finger movements.

This flawed touchpad is positively brilliant, though, when compared with the nonsensical Electronic Touch Pen feature you get with the Panasonic TX-P50VT65. This allows you to doodle away on the actual screen of your new TV with a provided electronic pen. But frankly we can think of no earthly – or at least non-puerile – reason for walking over to our TV and scraping away at its surface. So let’s just move swiftly on to something more interesting.

Used as the main TV for the review period
Tested for more than a week
Tested using industry calibrated tools, discs and with real world use
Tested with broadcast content (HD/SD), video streams and demo discs
Next
Features and Performance Review