For a great example of the P50VT65’s colour prowess in action, check out the scene in the final Harry Potter film (Chapter 10 on the Blu-ray) where Snape addresses Hogwarts pupils in the low-lit assembly hall asking them to come clean if they know where Harry is. Pause the scene when there’s a shot of a crowd of children looking at Snape and you’ll notice an incredible level of skin-tone subtlety in the children’s faces, as well as deft colour variations in their dark clothing that are almost always crushed out of the picture when the same shot appears on other TVs. 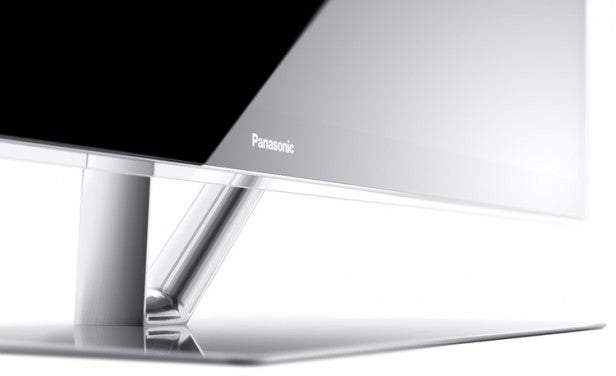 The same degree of subtlety continues when watching much brighter, more colour-rich material too, leaving you with an image that’s basically exquisite in its accuracy and authenticity.

Yet more great news about the P50VT65 is its motion handling. There’s not a trace of motion blur or resolution loss, and Panasonic’s fancy new sub-field driving system has worked wonders on both the judder and fizzing noise issues that have been noted on previous Panasonic plasmas.

Finding fault with the P50VT65 is seriously hard, but there one or two small wrinkles. First, as noted before, you can suffer green dither noise if you set the brightness level too high. Second, the TV produces a small amount of cooling fan noise that’s just occasionally audible when you’re watching a near-silent scene. Though to be crystal clear about this, we’re certainly not talking about noise levels within a million miles of the racket you hear from your average Sony or Microsoft console. 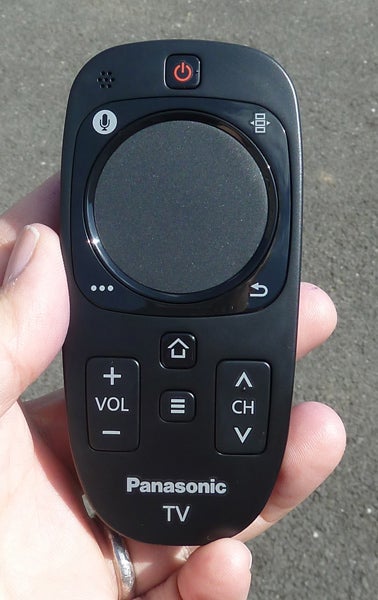 Next, just occasionally you can see a little false contouring (double edging) around fast-moving bright objects. Also the P50VT65’s HD images don’t look quite as forensically sharp as those of some rivals – most notably Samsung. But this is more a matter of taste than Panasonic’s TV getting anything wrong, with many serious AV enthusiasts likely preferring the slightly gentler – and thus less ‘distracting’ – approach to detailing.

Finally, bright material doesn’t possess quite as much pop and aggression on the Panasonic TX-P50VT65 as it tends to on good quality LCD TVs or even Panasonic’s new GT60 plasma models – a side effect, presumably, of the filtering system the VT65 uses to deliver its outrageous black level performance.

This issue is particularly noticeable in 3D mode, where Panasonic’s 3D glasses take a considerable chunk of brightness out of pictures. Though we should stress that this lack of brightness is really the set’s only 3D weakness as elsewhere it delivers a beautifully deep, detailed and pretty much crosstalk-free 3D experience that’s ample compensation for the fact that you really need to watch it in the dark to get the best results. 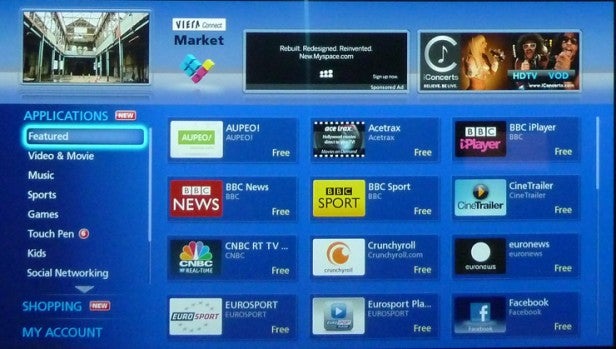 This slight lack of brightness perhaps makes the P50VT65 more of a dedicated home cinema screen than the ‘more forgiving’ GT60 TV. But if you are a serious movie fan who’s not adverse to dimming the lights when using your TV ‘in anger’, then the P50VT65’s extra black level and colour prowess in such conditions makes it worth saving up for over the GT60.

If you’re a serious gamer, meanwhile, the Panasonic TX-P50VT65 is a credible option. Its contrast performance and excellent motion handling work a treat with any game, and an input lag measurement of 40ms (on average) is just about low enough to stop any image delay from the screen reducing your gaming skills. Though we should add here that occasionally our measurements recorded input lag as high as 62ms.

While the P50VT65 is all about picture quality, it’s none too shabby an audio performer, either. Mounting its main speakers on its front rather than hiding them on its rear and backing them up with a 75mm subwoofer allows sound to project into the room with more authority, power, spatial accuracy and dynamic range than we customarily hear. Loud action scenes create a slightly brittle sensation in the upper mid-range, but overall the Panasonic TX-P50VT65 is an audio class above most flat TV rivals.

Even in a year already packed with stellar TVs, the Panasonic TX-P50VT65 stands out as being truly special. What it currently lacks in terms of smart TV content versus some rivals, it more than makes up for with its unbelievably good, movie-loving pictures. Indeed, its pictures are so good that we’d probably be wondering if there was really anywhere else for plasma technology to go were it not for Panasonic still having its flagship P60ZT65 waiting in the wings.