Starting with the fact that the P50VT65 comes fully endorsed by both the
THX quality assurance group and the Imaging Science Foundation (ISF)
pro-calibration group. This means you get both THX and ISF
‘Professional’ picture presets, as well as a pretty fearsome suite of
picture adjustments, including full colour, gamma and white balance fine
tuning. In a rather inspired touch, you can even calibrate the TV using
the Viera Remote 2 app, so you can witness the results of your tweaking
without the pictures being obscured by the adjustment menus.

The construction of the Panasonic TX-P50VT65’s panel is interesting too. Like the GT60 series, it uses one of Panasonic’s NeoPlasma black 3000 panels, complete with their groundbreaking 3000Hz ‘focussed field drive’ technology for enhanced motion and colour reproduction. However, the VT65’s panel claims an Infinite Black Ultra status versus the Infinite Black Pro of the GT60s, and employs a ‘High Contrast Filter Pro’ screen construction versus the ‘mere’ High Contrast Filter in the GT60.

If this sort of spec difference works out like it did with Panasonic’s 2012 plasma range, we can probably expect it to lead to even inkier blacks and richer colour delineations than we saw with the GT60 model, but also, perhaps, a slight reduction in brightness. 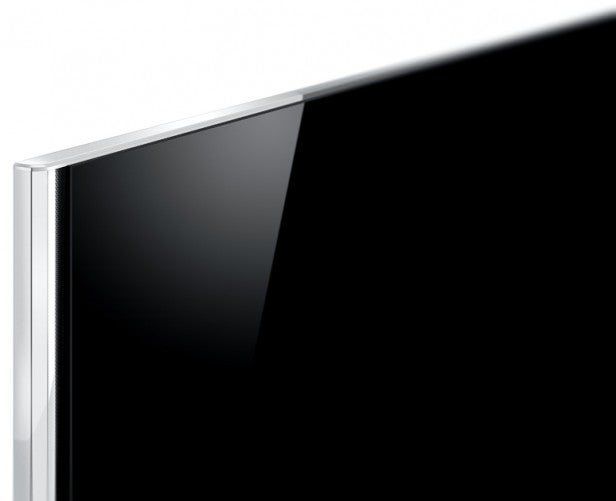 A couple of other feature points worth mentioning are the delivery by the Panasonic TX-P50VT65 of 30,720 gradation steps versus the 24,576 of the GT60 models, support for the DCI 98% Colour Space that isn’t offered by the GT60s, and two pairs of active shutter glasses to support the TV’s 3D playback.

Finally, it’s time to find out if the Panasonic TX-P50VT65 can really outperform the GT60. And since previous VT series have been primarily focussed on satisfying serious home cinema enthusiasts, we kicked off our tests with a selection of our favourite Blu-rays. A selection that kept on growing, actually – not because we were struggling to decide what we felt about the TV, but rather because we were enjoying ourselves so much!

As regular readers might anticipate, the single biggest reason for our love-in with Panasonic’s latest plasma hero is its black level response. The way plasma technology can produce individual light levels for each pixel in its images has long given it an advantage over LCD when it comes to producing blacks, but even in the context of this general plasma black level trend the black levels produced by the Panasonic TX-P50VT65 are a bit special. In fact, scratch that – they’re incredible bordering on unbelievable.

The black bars that sit above and below 2.35/2.40-1 films, for instance, look blacker than we’ve ever seen them look before on a TV, blending seamlessly with the black of the TV’s frame, and ensuring that your eyes are focussed exactly where they’re supposed to be: on the picture lying between them.

It’s also a joy to find these black bars looking completely uniformly black; there’s no hint of any of the cloudy patches or shifting brightness levels you get with the vast majority of LCD–type TVs.

Obviously the most important thing about the P50VT65’s sensational black levels, though, is not the impact they have on the wide ratio black bars, but the impact they have on the pictures between them. So swiftly shifting our attention to a selection of our favourite dark scenes, the first thing you notice is how incredibly natural all dark scenes look. Black parts of the picture look genuinely black rather than grey, misty, or tinged with blue or green.

Even better, the amount of subtle detailing you’re able to make out in even the darkest parts of the darkest corners is staggering, almost making a mockery of the relatively hollow and thus flat appearance dark scenes tend to exhibit on the vast majority of LCD TVs.

We’d even go so far as to say that the P50VT65’s handling of dark scenes outguns that of Pioneer’s now legendary KURO plasma TVs – and you simply can’t say fairer than that. 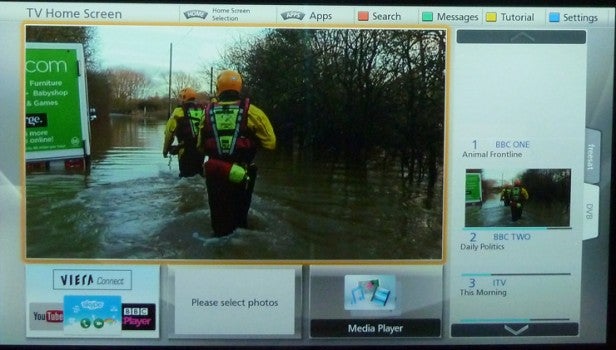 We should add here that it’s not just the ability of the P50VT65’s panel to produce a near-perfect black colour that makes the TV’s dark scenes so natural and involving. Also playing their part are the advanced light-absorbing filter on the screen’s front and Panasonic’s excellent handling of the voltage going into each plasma cell.

The first of these strengths means the screen reflects practically none of the light or object in your room so that nothing stands between you and the panel’s black level delights. The second means that – provided you resist the temptation to run the panel too brightly – dark scenes appear almost totally free of the green dithering noise that was once common with plasma technology (and which was one of precious few niggles we had with the recently tested Samsung PS64F8500).

While we’re on the subject of comparisons with other brilliant TVs, we might as well also point out that the P50VT65’s use of plasma rather than LCD tech means you can watch it from much wider angles than LCD TVs without the picture losing contrast or colour saturations, or suffering the creeping light inconsistency noted during off-axis viewing of the otherwise terrific Sony Bravia KDL-55W905.

As we so often point out in our reviews, a great black level response is
generally accompanied by a superbly rich and natural colour palette.
And the P50VT65 follows this trend with knobs on, delivering a colour
range of exquisite finesse, startling range and a degree of vibrancy and
accuracy that plasma has never seen before. Even rich reds, so long an
area of weakness for plasma, are handled immaculately by the P50VT65.

Used as the main TV for the review period
Tested for more than a week
Tested using industry calibrated tools, discs and with real world use
Tested with broadcast content (HD/SD), video streams and demo discs
Previous
Panasonic TX-P50VT65 Review Next
Performance and Conclusion Review