The 55-inch Panasonic TX-L55WT65 is Panasonic’s flagship LCD TV for 2013, and as such includes features like local dimming, passive 3D playback, powerful motion processing, and most immediately obviously, a truly striking design.

With Panasonic’s other 2013 3D LCD TVs only doing reasonably well rather than brilliantly, though, there’s a lot of pressure on the L55WT65’s shoulders. Especially as it retails for the fairly princely sum of £2,600, putting it squarely in the same territory as the outstanding Sony KDL-55W905 and Samsung UE55F8000. 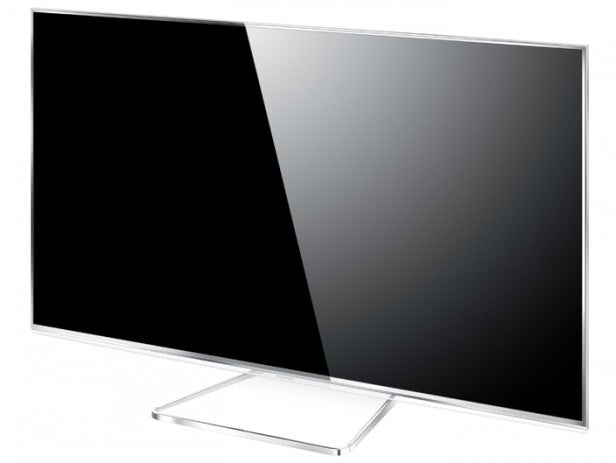 The Panasonic L55WT65 loses absolutely nothing to those rivals where design is concerned, though. In fact, for us it’s the most attractive TV we’ve seen so far this year: the spectacularly slim silver metallic bezel; gorgeously slender rear; stunning gloss white rear panel; and the illuminated transparent panel protruding from the TV’s bottom edge, all combine to make to create a gorgeous whole. It’s almost impossible to equate this supermodel with the sort of dour bodies clad around Panasonic TVs as little as three generations ago.

The rear panel is home to a solid set of connections, most positioned for side access to aid wall-hanging if you don’t want to attach the TV to its equally gorgeous glass and chrome stand. Three USBs are on hand for multimedia playback and recording from the built-in Freesat HD and Freeview HD tuners, there’s built-in Wi-Fi and a LAN port for streaming from networked PCs or joining Panasonic’s Viera Connect online service, plus there’s a roster of v1.4 HDMIs to support the TV’s 3D features.

You even get twin satellite and Freeview tuners, supporting picture in picture features and even the facility to watch one programme on an external iOS or Android device while you watch a different one on the main TV. This, as any family will attest, is a seriously cool, argument-solving feature.

The only connection disappointment is that there are only three of these HDMIs when we would expect four from a flagship – or even midrange – TV these days. 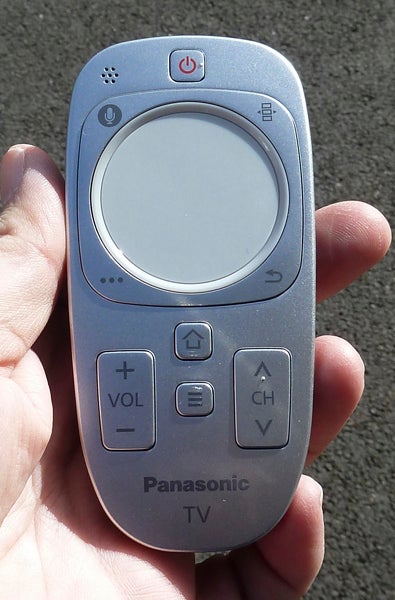 It’s becoming de rigueur for high-end TVs these to ship with various accessories. In the L55WT65’s case you get four pairs of 3D glasses, and a second remote equipped with a stripped down button count and a touchpad.

This second remote remains pretty ropey in our opinion, though, as its touch pad is the wrong shape, too small and doesn’t respond to our finger movements very convincingly.

A vastly better control option is the Viera Remote 2 app for iOS and Android.

This provides a much more intuitive ‘touch’ control option than the second remote.

It provides some brilliant extra features, such as the second screen viewing we’ve already mentioned, and the ability to share content on your portable device with the TV screen simply by swiping it towards the TV.

We can’t possibly discuss the L55WT65’s operating system, either, without mentioning its inspired My Homescreen interface. This provides three different preset hub screens delivering shortcuts to different content types, or even better, it lets you set up your own hubs, containing their own set of shortcuts. And since you can set up multiple customised hubs, each member of your family can establish one of their own.

The L55WT65 even has a built-in camera with face recognition so that it can automatically call up the correct hub for whichever family member it detects is using the TV. 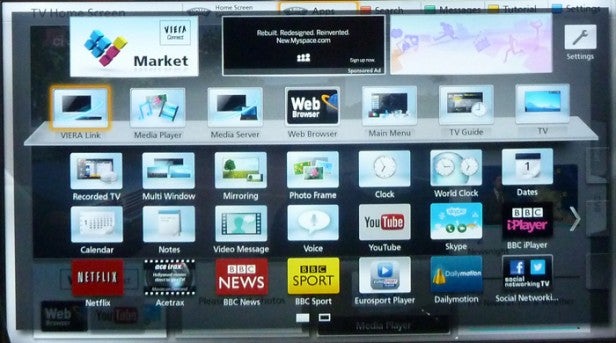 You can read our full Panasonic 2013 Smart TV review for the full detail on this system, but we should also quickly add here that Panasonic’s Viera Connect online platform is a solid rather than brilliant effort. The recently improved interface is a joy, but  slightly let down versus rivals by not having enough top-line video streaming platforms.