While the 55CX802 is certainly an attractive TV with its metallic-finished, deep grey screen frame and stylish arced-back desktop stand, its design isn’t especially practical. This is because the way the desktop stand attaches at the extreme left and right sides of the screen’s bottom edge means you need to put it on a piece of furniture at least as wide as the TV’s bodywork if you don’t want your shiny new 4K portal to topple forward face first onto your living room floor.

When you’re talking about a 55-inch TV, this stand width requirement really could be an issue for some households. My regular test bench was not wide enough to hold the set, in fact, meaning I had to draught in a preposterously over-wide coffee table I’d moved into the corner of the test room a few months ago because it was too big to fit in my house.

Also a little aggravating for a 2015 flagship TV is the fact that the 55CX802 only has three HDMIs when high-end users can likely fairly easily eat up four these days. 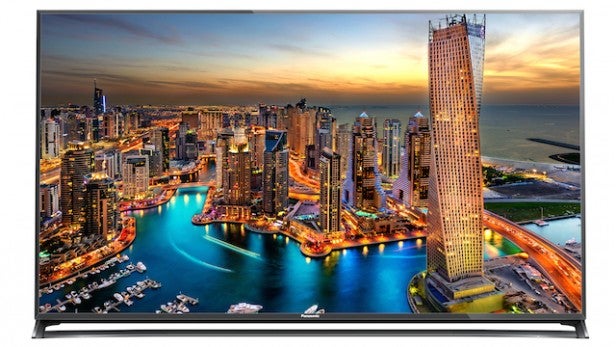 The 55CX802 gets into more positive territory with its multimedia support, though, which includes three USB ports, DLNA and Bluetooth streaming support, as well as wireless access to Panasonic’s online services.

These services are pretty impressive these days thanks to two new advances. First, Panasonic now packages its online services in a Firefox-branded interface/OS designed in conjunction with Mozilla. As discussed in our dedicated Firefox review, this OS is a masterclass in smart TV functionality thanks to the simplicity of its menus, its extensive customisability, and its straightforward understanding of and focus on the sort of apps most people really want to use on a TV.

Happily the 55CX802 also benefits from the new Freeview Play system following a recent software update. This isn’t quite as revolutionary, it seems to me, as Freeview Play’s OTT TV advert would like you to think it is. However, it is free, and the way it introduces not only catch-up TV but also on-demand programme access for all the UK’s main broadcasters (BBC, ITV, Channel 4, and Channel 5) to an integrated, slickly designed smart TV ‘zone’ is certainly welcome. Especially as it comes with a handy electronic programme guide to help you find content from the previous as well as next week.

As I’d expect of any serious 4K UHD TV these days, the 55CX802 carries the 4K UHD-capable apps of both Netflix and Amazon Prime.

The 55CX802’s picture technology makes impressive reading. The 55-inch panel combines a native 4K UHD resolution with a wide colour gamut (claimed to deliver an eye-catching 98% of the Digital Cinema Initiative colour space you see in good quality commercial cinemas) and a higher-than-normal luminance performance that should prove especially handy when Panasonic rolls out its promised high dynamic range (HDR) firmware update later in the year.

As ever, though, the 55CX802’s panel technology is only half the story. Just as important is what’s driving the panel, which in the 55CX802’s case is Panasonic’s potent 4K Pro system. 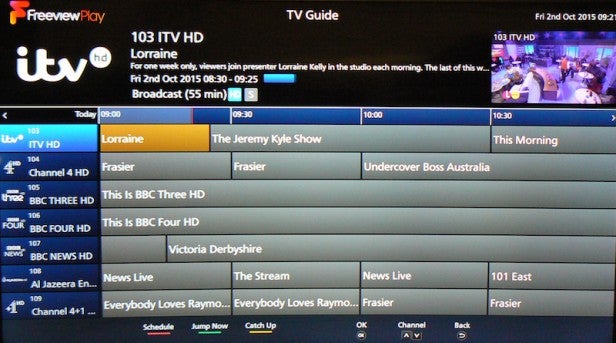 Created with the express aim of producing pictures that look exactly as their creators intended them to look, 4K Pro includes pro-grade 3D look-up tables to boost the accuracy and range of colour tones; gradation techniques learned from Panasonic’s plasma days for reproducing detail levels during dark scenes that go beyond anything an LCD TV could normally manage; and Panasonic’s Dynamic Range Remaster system for reintroducing the brightness to images that’s usually crushed out by the digital compression process.

The 55CX802’s pictures are illuminated by direct LED lighting (where the lights sit directly behind the screen) driven by a local dimming system able to pump out different amounts of light from different LED segments, according to the demands of the image content.

A couple of other notable features are 3D playback (using the active system) and THX certification, with the latter showing that the TV has passed THX’s barrage of picture quality tests.

Unexpectedly I found the 55CX802 more of a fiddle to set up than its 50-inch sibling. This is because the larger model suffers a little more with backlight clouding in its out of the box state, so you need to work around/minimise this, at least for dark room viewing. 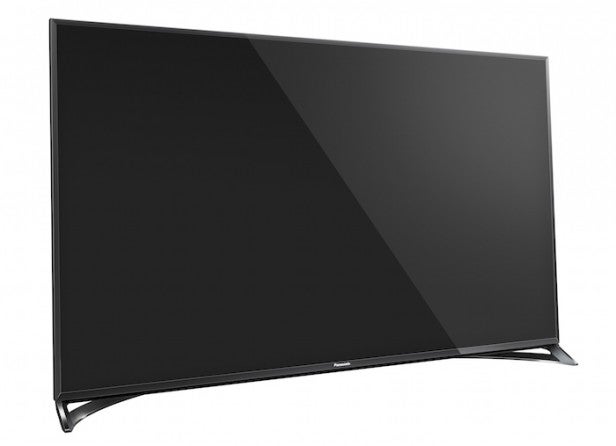 With this in mind, the key settings I settled on for lights-down movie sessions were between 25 and 30 for the backlight; 80 for contrast; -1 for brightness; the ‘adaptive backlight control’ feature set to Mid; and the ambient sensor set to off (as it tends to over-dim when it’s on). Plus I’d recommend turning off all noise reduction systems when watching UHD and all but the roughest looking HD content, and I’d only recommend using the 24p/IFC motion processing on its lowest setting (or not at all) to stop pictures starting to look unnatural.