Despite having to remove more brightness from the 55CX802’s pictures than we did from the smaller 50CX802’s pictures to tame a little backlight clouding, the larger model is still an excellent post-calibration performer.

Particularly striking is the exceptional attention to detail Panasonic’s flagship set exhibits. Colours benefit from spectacular amounts of tonal finesse, combining with the screen’s native 4K UHD resolution to ensure there’s no hint of the colour blocking or striping that can crop up on less potent TVs. Even better, the authenticity and balance of the colours is sublime, showing off the same obsession with accuracy and naturalism that drove Panasonic for so many years with its plasma TVs. 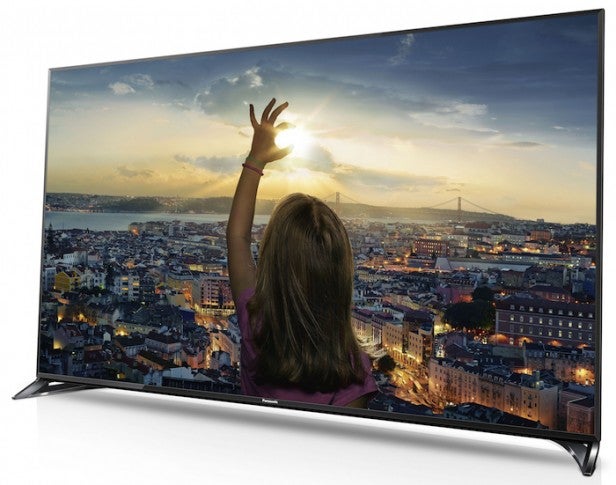 Needless to say, the colour handling is at its most flawless with native 4K UHD content. But as more evidence of just how strong the 4K Pro video processing engine is, colours also retain a strikingly subtle, credible look even with HD images that have gone through the TV’s upscaling tools.

With Samsung and especially Sony also doing some pretty extraordinary things with colours this year, though, perhaps the single most distinctive ability of the 55CX802 is the way its 4K Pro engine enables it to retain huge amounts of colour detail and tonal accuracy during dark scenes of the sort that generally cause LCD TVs a few colour tone issues.

The 4K Pro engine is similarly to the fore when it comes to revealing even the slightest shadow detail and greyscale gradation during both very dark scenes and extremely bright ones. With dark scenes, in particular, I can’t think of any other brand right now that’s capable of bringing to an LCD screen so much of the subtlest details in a dark scene; there isn’t so much as a hint of the sort of hollow, flat look to the darkest corners that pretty much always appears to some extent with other LCD TVs.

This will, of course, make the 55CX802 an instant hit with serious home cinema fans desperate to relive their plasma days but who can’t afford an OLED TV. Especially as the sense of immersion movie fans are always looking for is underlined by the impressive image depth consistency the 55CX802 delivers between light and dark sequences. 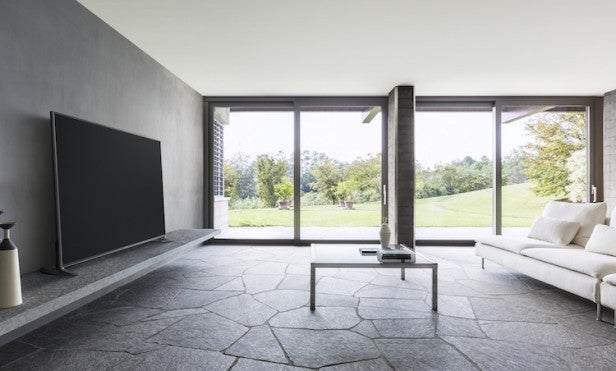 All of this focus on the finer things in AV life makes the 55CX802 a great demonstrator of just what a 4K UHD resolution can bring to TV picture quality – especially as Panasonic’s focus on making immersive pictures means that it doesn’t fall into the temptation of over-sharpening images, regardless of whether they’re native 4K or upscaled HD.

The 55CX802’s motion processing doesn’t deliver quite as much clarity and sharpness over moving objects as I’d ideally like. Though while there’s a slight softness to motion in the frame versus the phenomenal clarity and detail of the TV’s more static 4K UHD elements, on its lowest power setting the 55CX802’s motion processing can improve things without leaving pictures looking over-processed.

As I’ve already suggested, the main issue with the 55CX802’s pictures is the evidence of backlight clouding on both sides of my test sample’s screen, meaning I had to take quite a bit of brightness out of the image to get black levels looking consistent across the frame, at least when watching films in a dark room. Fortunately I didn’t find the brightness reduction too extreme with normal dynamic range content – though I do wonder if the clouding issues may be more problematic with HDR once the TV has been enabled for that.

Used as the main TV for the review period
Tested for more than a week
Tested using industry calibrated tools, discs and with real world use
Tested with broadcast content (HD/SD), video streams and demo discs
Previous
Panasonic TX-55CX802 Review Next
3D, Sound and Conclusions Review