The 47AS740B gives arguably a better account of itself relative to the competition with 3D than it does with 2D. The generally greater dynamics of 3D transfers together with the slight dimming effect of donning the 3D glasses tend to hide the set’s contrast issues, leaving you free to admire 3D pictures that contain a profound but natural sense of depth, a surprising amount of detail and sharpness for passive 3D technology, bold yet subtle colours, and for the most part a pleasing dearth of the crosstalk ghosting problem commonly seen on rival active 3D technology.

All delivered, let’s not forget, with none of active 3D’s flickering problems. 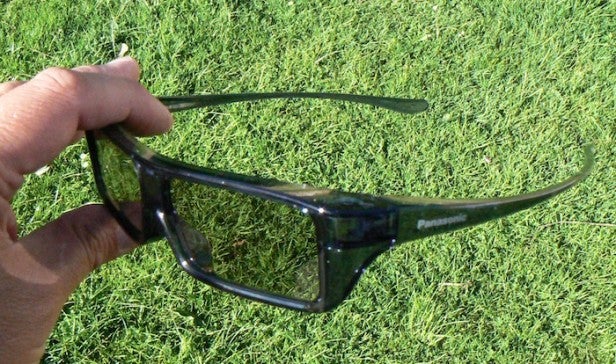 There are a couple of issues, though. First, as with all passive 3D TVs diagonal edges or small bright areas of the picture can suffer with noticeable jaggedness. Second and more aggravatingly, while crosstalk is well handled for the most part you can sometimes see it – even quite aggressively at times – around the image’s edges.

For instance, in Pacific Rim when Raleigh meets Mako for the first time, the subtitles to her speech are horribly double imaged, to the point they’re quite hard to read. Or on another occasion you’ll see bright detailed areas in a corner of the picture ghosting while the rest of the image looks pristine.

At which point we need to stress that aside from the occasional subtitle issue, the crosstalk problems really don’t prevent the 47AS740B from delivering a very enjoyable 3D experience.

The 47AS740B delivers an above average audio performance courtesy, predominantly, of its unusually wide, open mid-range. This ensures in particular that voices always sound believable, well rounded and clear even during tumultuous action scenes. Plus it means there’s plenty of breathing room for such action scenes to expand into, helping soundtracks sound dynamic and suitably ‘scalable’.

Treble information is handled well too, adding plenty of detail to the mix without anything sounding shrill or thin.

The one problem is that there’s no serious bass around. Deep sounds tend to appear forced, ‘thumpy’ and detached due to a lack of true bass extension.

The 47AS740B ships with two remote controls: a standard, full-sized, button-filled one and a smaller, button-light one with a circular touchpad at its centre. 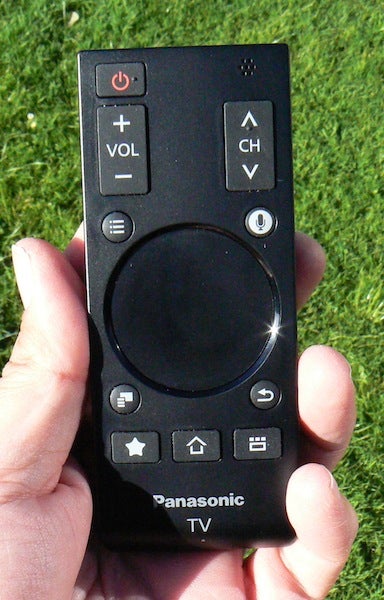 We haven’t been particularly impressed by Panasonic’s touchpad remotes previously, and this theme continues with the new version. The touchpad doesn’t respond as accurately and smoothly to my thumb movements as I’d like it to, and nor does it respond effectively enough to the taps you have to give it to select options.

Panasonic’s latest Viera app is a much better alternative to the full-sized remote.

IPS panels have historically tended – with some notable exceptions – to suffer with high input lag, damaging their usefulness as gaming monitors. Fortunately the 47AS740B doesn’t suffer as badly with lag as some other IPS screens we’ve seen, but nonetheless the 66ms figure we recorded using the TV’s game mode is still around twice as high as we’d ideally like to see, and could put you at a slight disadvantage with trigger-response games.

The 47AS740B has a pretty compelling trick up its sleeve in the shape of its excellent new Smart Viera system – especially its TV Anywhere and Freetime components. It’s also nice to see a full complement of catchup services. Plus it’s fair to say that for most normal TV viewing time pictures look very nice.

However, contrast problems mean it falls short of some of the best rivals out there (such as Samsung’s H6200 range and, especially, the amazingly good value 50-inch Sony 50W829) when pushed hard by a typical Blu-ray movie. You can’t ignore the fact, either, that you can get a solid (if less ‘smart’) 55-inch TV in the shape of the Philips 55PFS6609 for the same money as the 47-inch 47AS740B.

While we’re hugely impressed by Panasonic’s smart TV innovations for 2014. However, a rather weak contrast performance means the 47AS740B ultimately struggles to stand out in this year’s ultra-competitive mid-range TV marketplace.