As well as starting to see phones with 64-bit CPUs and 2K-res screens, this is the age in which ‘selfie’ cameras are getting much more attention. As we find quite often, though, the results aren’t always tremendous, especially if you’re shooting indoors with slightly dingy lighting. Still, you do get a bit more detail than, for example, the 2-megapixel front camera of the Samsung Galaxy S5. 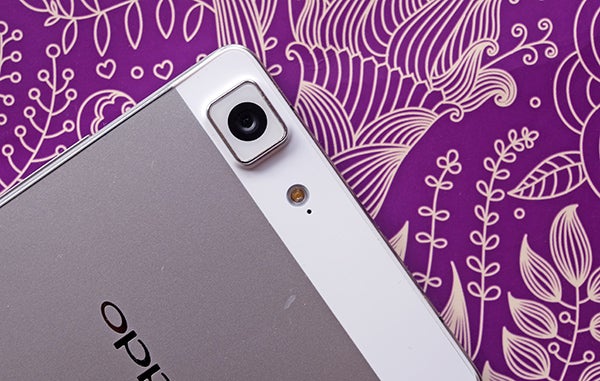 The front camera experience was essential broken thanks to bugs, though. The preview display didn’t work in the default mode, leaving the screen plain black while you’re shooting selfies. We imagine this’ll be fixed very soon, but is a sign that we’re really not making up that ColorOS is a bit wonky in parts.

That said, Oppo has clearly put a lot of effort into the R5’s camera app. From the off, it seems very simple, with the default mode offering pure point ’n’ click photography. 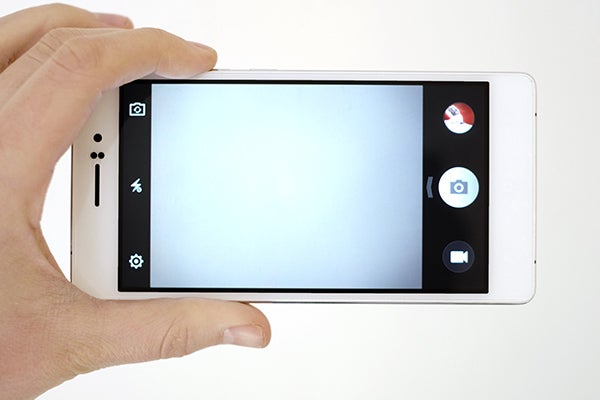 Swipe out from the shutter button, though, and you’ll open up a sub menu of extra shooting modes.  You can choose how many modes appear here deeper in the app’s settings part, but there are absolutely loads on offer.

They include HDR, panorama, plus more radical ones that give you control over things like shutter speed and focusing. There’s even a mode that offers exposure times of up to 30 seconds. This is useless unless you have a stand to keep the Oppo R5 perfectly still, but has loads of creative potential, eradicating the noise you get in low-light photos with a phone-grade camera. 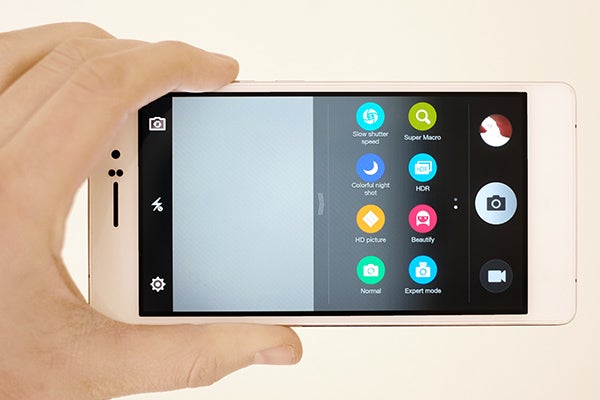 One disappointment, though, is that the HDR mode is very slow by current standards. It takes a couple of seconds, where the best HDR shooters aren’t all that much slower at shooting in HDR than using standard exposures. HDRs can also look slightly shallow or washed out, something we saw in the OnePlus One, which has very similar camera hardware.

Actual image quality is fairly good, although not on-par with the very best camera phones on the market. It’s slightly prone to overexposure, and in comparison with our phone camera favourite the Galaxy S5 doesn’t quite have the same level of detail.

However, when not put side-to-side with the best it’s a pretty solid camera.

It uses the Sony IMX214, a 1/3.06-inch sensor, and has an f/2.0 lens. This is a pretty great combo but nowadays we’re starting to see even higher-resolution, larger mobile phone sensors. Other phones that use this sensor include the OnePlus One, Xiaomi Mi4 and, closer to home, the Google Nexus 6.

It’s more fun to shoot with than the Nexus 6 too, being a bit snappier to take photos.

Where the Oppo R5 takes a real tumble is battery life. As we saw in another crazy-thin phone, the Huawei Ascend P7, the battery is just not really large enough to provide the sort of stamina we expect from a high-end phone.

Suddenly, how Oppo has managed to make the R5 so slim becomes apparent. 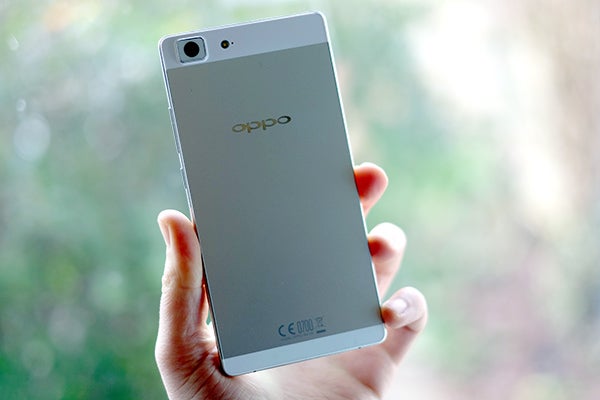 How’s the stamina? Not utterly disastrous, but not good either. While it can last the day if you stay away from streaming video and gaming, there just isn’t the second-day buffer you get with most higher-end phones these days. It makes the phone much more trying to use, especially if you often find yourself having to work out when the last train home is — no one wants a phone that’s going to conk out on them just at the critical moment.

In our standard video test, where we play a 720p MP4 video from a full charge to the point where it switches itself off, the Oppo R5 lasted for eight hours. That’s not a great result from a phone of this class, where we expect at least 10 hours’ playback at this point.

Elements like the battery life and the fiddly headphone jack solution may try your patience: be aware of them before buying.

As an apology, the Oppo R5 uses a super-fast charger than claims to, and does, charge 75 per cent of the battery within half an hour. Oppo calls the adapter the VOOC fast charger, and it offers 5A current rather than the 2A/2.1A one shipped with most other big-battery phones. The charger’s great, but the battery itself not so much.

Another issue of making a slim phone is where do you put the speaker? The Sony Xperia Z3 tacks its ones onto the extreme edges of the phone, but the builds one into the area where the earpiece speaker usually lives. 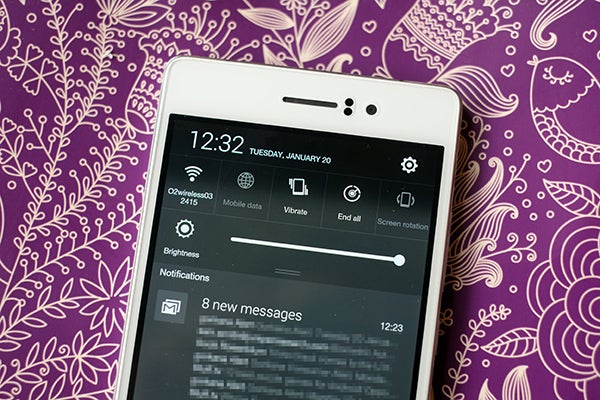 It has pretty respectable volume given how thin the phone is, but it gets a bit harsh when pushed, and sound somewhat thin no matter how loud it’s playing. We don’t expect miracles from a lone speaker in a slender phone like this, and sure enough sound quality is predictably limited.

Call quality is better, because the main speaker doubles as the earpiece speaker. This tactic is used in the HTC One M8 too. 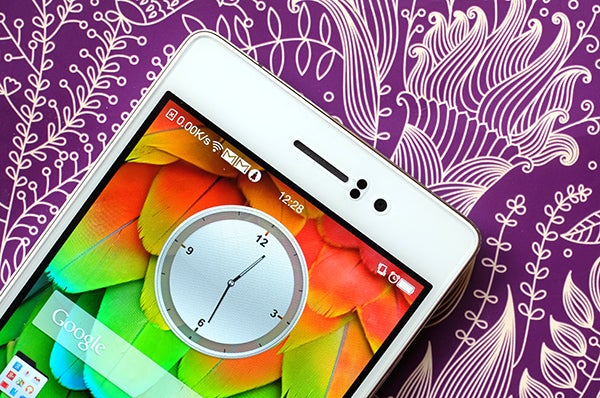 Should I buy the Oppo R5?

The Oppo R5 is a bit of an awkward phone that doesn’t quite drum up the excitement the company managed to create with the Find 7. Too many elements have been negatively effected by the need to make the phone super-slim, which feels like a bit of an exercise in headline-grabbing.

Each day we used the Oppo R5, we found the limited battery life and lack of a standard headphone jack became more annoying while the super-slim frame quickly started seeming simply normal. The sharply contoured sides don’t really make the most of the thin frame’s comfort potential, either.

A large phone should be as slim as benefits its handling. Here the simple figures involved seem to be valued over the simple experience of using the phone: and when the catchiness of a feature outpaces its usefulness is the point at which phone design ‘jumps the shark’.

This isn’t a bad phone, but in a segment where competition is fierce and expectations are high, the Oppo R5 isn’t quite good enough to earn a recommendation. However, we are glad to see that Oppo knows how to make a great slim phone in terms of pure construction physics. We just hope that in the future Oppo will put this nous to good use in a slightly more practical phone.

It’s slim and feels hard as nails, but the Oppo R5 just isn’t quite practical enough.