What is the Oppo R5?

The Oppo R5 is the thinnest phone in the world right now. Oppo shaved a fraction of a millimetre off the last thinnest design from Gionee, getting its latest model down to a supremely thin 4.85mm.

At 30% thinner than the iPhone 6, the Oppo R5 has a pretty valid claim to fame – if a slightly thin (no pun intended) one. You see, making a phone this thin has predictable knock-on effects on other elements of the design.

With battery life that’s just not close to some other phones at the $549, £400-ish, price and no inbuilt headphone jack, it’s probably best left a curiosity for most people. 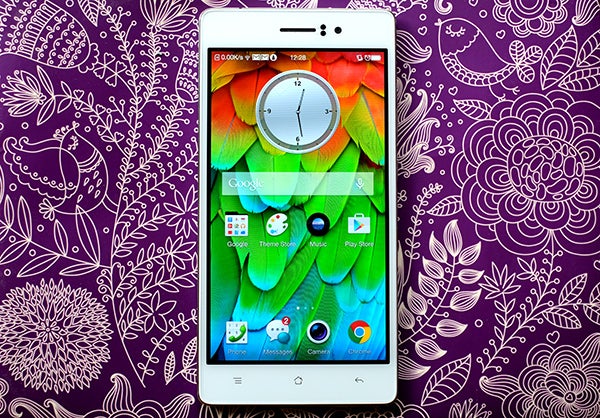 The Oppo R5 is a wafer-thin phone. However, it doesn’t leave it feeling remotely weak or bendy.

Aluminium, the metal used in most metallic phones, is prone to bending as it’s relatively soft. It is behind the whole iPhone 6 ‘bendgate’ fiasco. However, the Oppo R5 has a frame of steel, which is a good deal harder and stronger. It runs around the phone’s edge.

Its back panel is still good old aluminium but this doesn’t take much of the pressure should you, say, try and bend the thing in half. And, yes, for the sake of this review we gave the Oppo R5 a good bit of abuse to check.

This phone feels as strong as any, with no obvious strength compromises involved. 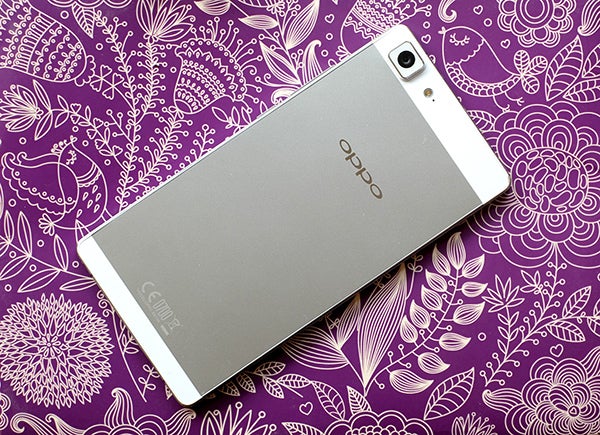 Would you notice the Oppo R5 is the thinnest phone in the world if you weren’t told? It certainly feels thin, but doesn’t quite have the in-hand comfort of a more smoothly contoured handset.

The steel frame juts out a bit beyond the Gorilla Glass front and aluminium back, and while it isn’t sharp, there are fairly hard steps between the various layers of the Oppo R5’s construction. The moral of this story is that while a thin phone can feel great, there are other elements involved. This is a comfortable enough phone, but switching between it and the curvier Samsung Galaxy S5, it has the edge for comfort, if not expensive feel. 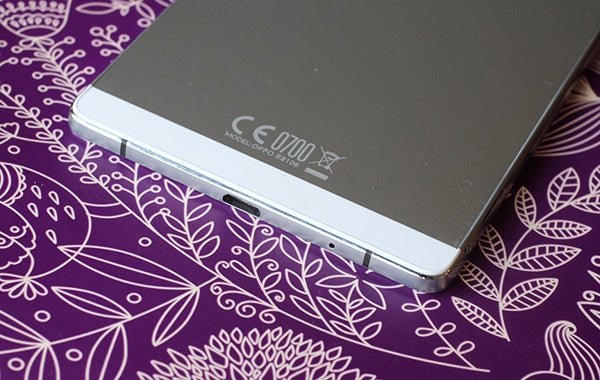 There are more serious issues to note, though. In getting this thin, Oppo has had to cut the 3.5mm headphone jack out of the R5. Instead, you get an adapter in the box that slots into the Micro USB port and ends in a normal jack.

It’s potentially irritating for a number of reasons: you can’t listen to music while you charge, you need to remember to keep this adapter with you and it’s awkward. This is a valid reason for some to discount the Oppo R5 entirely.

Another issue that could be blamed on the super-thin design is the lack of a memory card slot. The 16GB of internal memory is enough to install a bunch of apps and games, but the lack of expandable memory and a standard headphone jack are enough to make this a pretty poor phone for media. 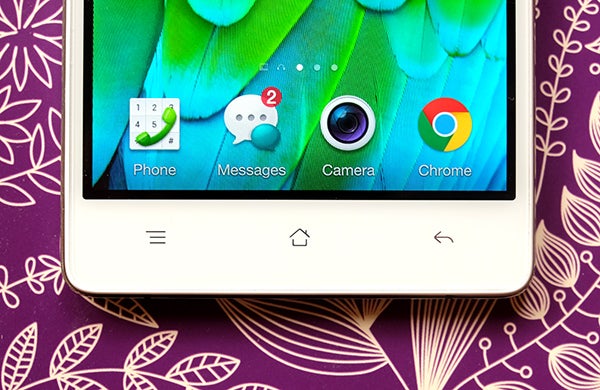 As a result of these design decisions, the frame of the Oppo R5 looks very pure, helping to intensify the initial positive impression it makes with its super-strong, slim steel frame. But after about five minutes we were left hankering after a more traditional design.

The Oppo R5 isn’t 4.85mm thick across its whole body either. Its camera lens housing sticks out a little further – the hardware just wouldn’t fit into the thickness of the rest of the frame. This may make it more susceptible to damage, but there is a metal ring around its glass that sticks out a fraction of a fraction of a millimetre to take the brunt of any scratches.

The Oppo R5 has had to make some sacrifices to become as slim as it is. And it is also a phone that, like the OnePlus One, isn’t perfectly engineered for all markets.

This is a 4G phone, but it misses out on band 20. As a result, it won’t work on the 4G mobile internet of O2, Vodafone or some of the smaller networks like GiffGaff, LycaMobile and Tesco. The phone will still work, but you’ll be limited to 3G mobile internet.

Real tech heads may also miss some of the little extras that feature is some of the bigger-name phones like the LG G3 and Samsung Galaxy S5. For example, the Oppo R5 doesn’t have an IR transmitter, used to make a phone act like a universal remote. ac-grade Wi-Fi is missing too, although only a small percentage would notice, even among techies (feel free to disagree in the comments section below).