The Oppo Find X2 Neo is a well balanced phone with a pleasingly skinny form factor and an excellent 90Hz display. It’s a thoroughly decent and dependable mid-range effort, though you can get better performance and software for a similar price from the OnePlus 8.

Oppo’s Find X2 range is just about as comprehensive a smartphone offering as you’ll find in 2020. Of the four 5G-ready devices in the family, the Oppo Find X2 Neo is by the best phone with a super-slim chassis and upper-mid-range specifications for £549.

But smack bang in the middle of the smartphone market is a dangerous place to be right now, with threats coming from directly above and below. Does the Oppo Find X2 Neo do enough to stake a claim to your money?

The Oppo Find X2 Neo is quite possibly the nicest phone to hold in the entire range, which is impressive given that it’s also the second-cheapest of the four.

It comes in Starry Blue of you buy it from O2 or Carphone Warehouse and Moonlight Black (like our model) from EE, Carphone Warehouse, O2, Virgin Media and Amazon. Whatever the colour, the Neo lacks the vegan leather pizazz of the Pro, and its shiny glass and metal sandwich looks could be considered fairly generic these days. But what makes it special is its skinny profile.

At just 7.7mm thick, this is the slimmest phone in the range. Combined with subtle curves to the glass edges on both the front and back, which sandwich a thin metal frame, the Neo feels sharp and purposeful. 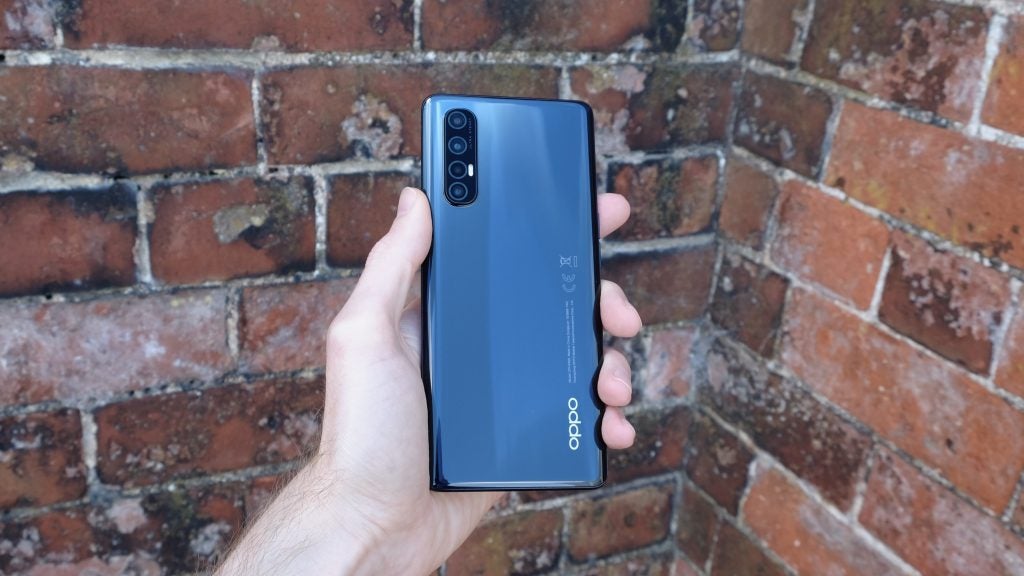 It’s the lightest phone in the family, too, at just 171g. And the Neo spreads that meagre weight well over a fairly large 6.5-inch canvass.

What a lovely screen it is, too. Besides being big, the Oppo Find X2 Neo display is bright and vibrant thanks to the use of a decent quality AMOLED panel. Along with those slightly curved edges and hole punch selfie cam, you might be reminded of the OnePlus 8 screen, but the Oppo actually seems cooler and brighter when the two phones are held side by side.

The Find X2 Neo’s screen shares another feature with its cousin the OnePlus 8 (and the cheaper OnePlus Nord) – a 90Hz refresh rate, which makes scrolling through web pages and home screens feel super smooth. It’s a distinctly premium-feeling inclusion. Add an in-display fingerprint sensor that, while not the fastest, is relatively reliable, and you have a mid-range handset that looks and feels rather premium. 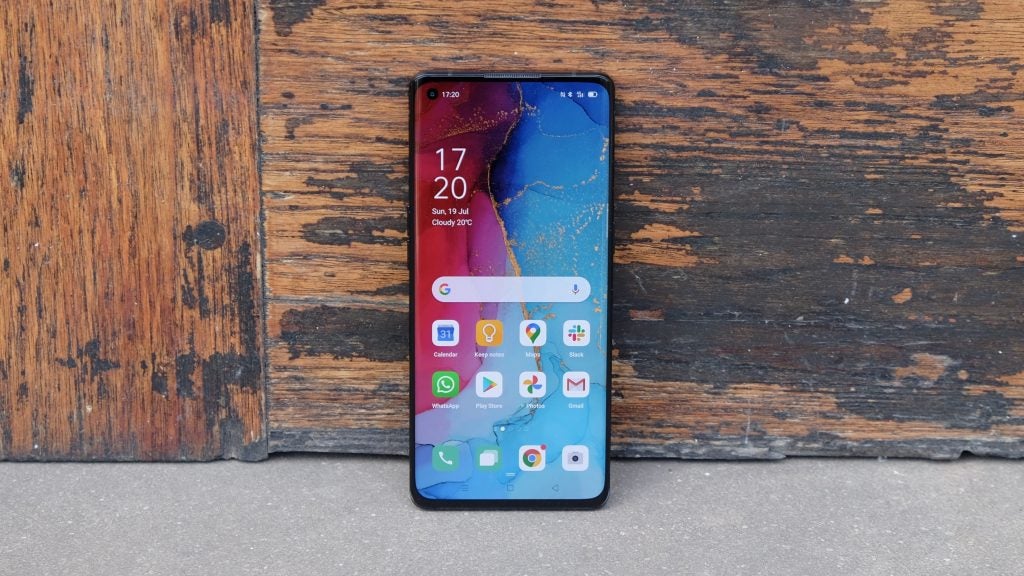 The Oppo Find X2 Neo comes packing a Snapdragon 765G CPU (the same chip you’ll find in many of the best mid-range phones), which is a bit of a negative. Not in terms of day to day performance, which is generally smooth and fluid, but rather in terms of the phone’s relative market position.

Qualcomm’s current second-tier chip is a very capable runner, and one that here feels almost indistinguishable from phones running the flagship Snapdragon 865 in everything but games. Discerning eyes accustomed to 2020 flagship performance might pick up on the odd extra beat it takes to load an app or fire off a quick picture, but most people won’t even notice.

If you believe OnePlus, you can thank the Snapdragon 765G for its return to the affordable phone market with the OnePlus Nord. But that’s just it – the Nord is a £379 phone. Even within the Neo’s own family, the Snapdragon 765G also powers the £400 Oppo Find X2 Lite.

There is a precedent for phones of this price running on this hardware in the shape of the Motorola Edge. But For just £50 more you’ll find the OnePlus 8 with its Snapdragon 865. And the Neo just can’t compete in terms of raw performance, even with an ample 12GB of RAM to back its processor up.

Also generous is the provided 256GB of (non-expandable) storage, while network performance is also top notch thanks to 5G support and Oppo’s comprehensive 360-degree antenna array. The concept feels faintly dated now, but there’ll be no ‘death grip’ scenario putting paid to your calls and web searches here.

All in all, the Oppo Find X2 Neo is an exemplary performer. Just know that for similar money you can step things up to true flagship level. 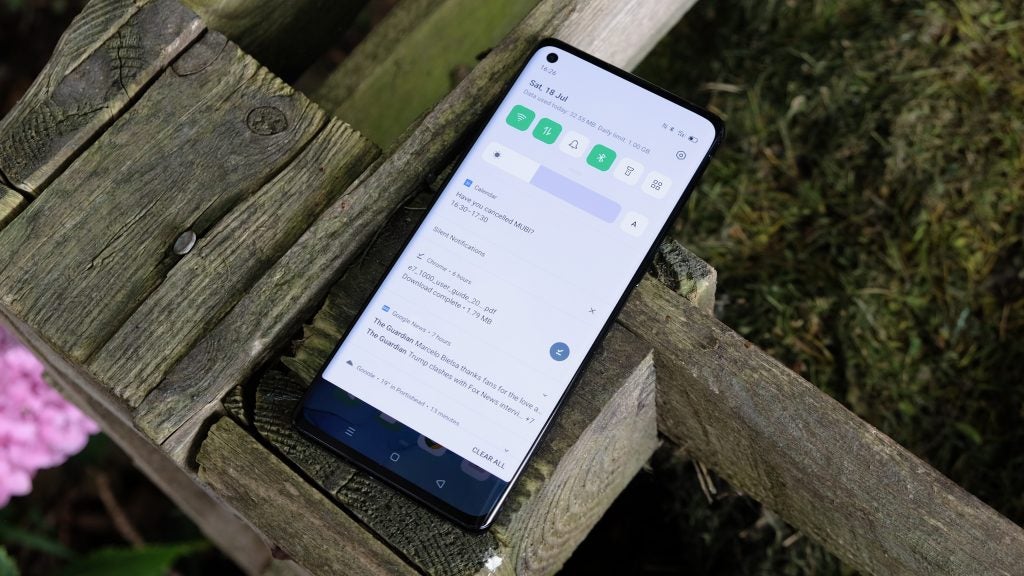 Oppo knows what it’s doing with smartphone camera tech, having made the hugely impressive Oppo Reno 10x Zoom and Oppo Find X2 Pro with their mind-boggling periscope lenses. But the Oppo Find X2 Neo is a mid-range phone with a solid but unspectacular mid-range camera.

You’re effectively getting a triple camera set-up here, with a 48-megapixel f/1.7 Sony IMX586 main sensor, a 13-megapixel f/2.4 telephoto, and an 8-megapixel f/2.2 ultrawide. Only the primary sensor has optical image stabilisation. There’s also a 2-megapixel mono camera, which is largely superfluous, and a 32-megapixel front-facing camera.

You can always opt to punch the colours up a little by activating the Dazzle Color AI mode. We tended to leave it off for more natural results.

The rear camera is a nicely balanced shooter, with a telephoto lens that doesn’t stray too far from the main sensor in terms of tone. The ultrawide tends to get a little too noisy for our liking, however, but that’s not unusual when straying south of flagship territory.

Comparing shots like for like with the similarly priced Motorola Edge and OnePlus 8, there wasn’t a clear winner. The OnePlus 8 (which uses the same main sensor as the Oppo) seems to have a bit of an edge when it comes to general colour balance and detail. On an overcast day, the Find X2 Neo would tend to introduce a smidgen more noise to the grey-white skies.

The Oppo’s shots were often brighter but noisier than the OnePlus, and it seemed to struggle more with overexposure. Its night time performance was a little patchier and less easy on the eye, too – particularly in extremely low light scenarios. Conversely, the Oppo Find X2 Neo benefits from a dedicated telephoto lens, which the OnePlus 8 lacks, resulting in superior 2x zoom shots.

On the video front you get Oppo’s Ultra Steady Video 2.0 for super-smooth footage, though this is also present in the cheaper Oppo Find X2 Lite.

All in all, it’s a very competent camera, though it doesn’t really threaten to punch above its weight like the Pixel 3a or the iPhone SE 2. 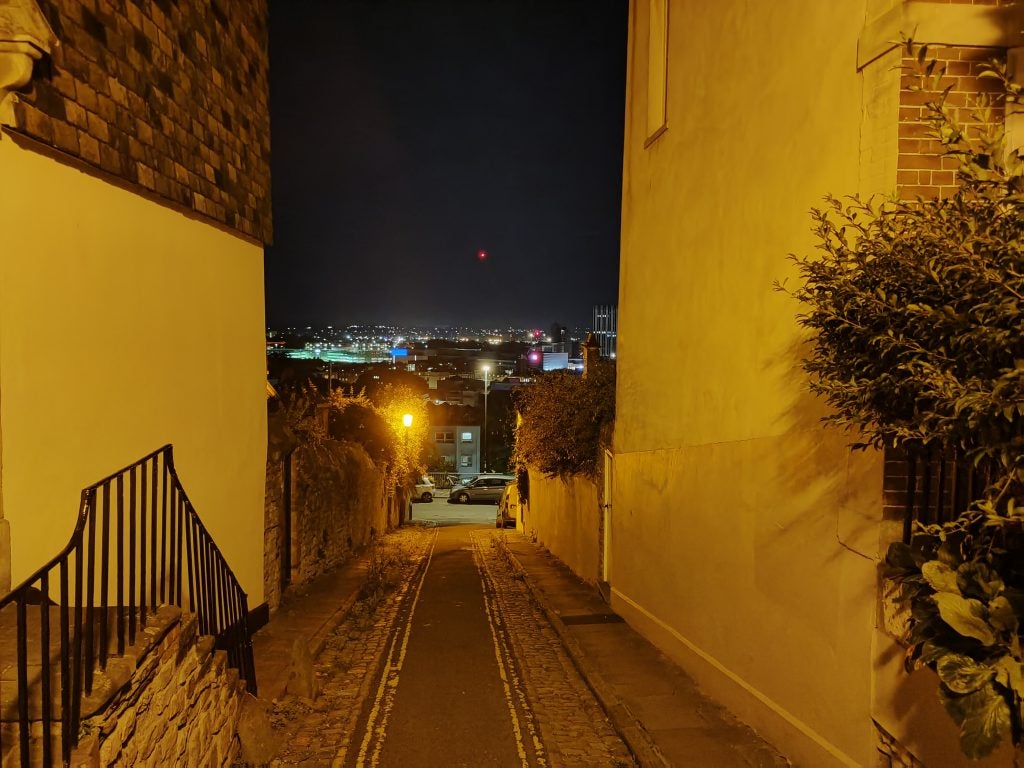 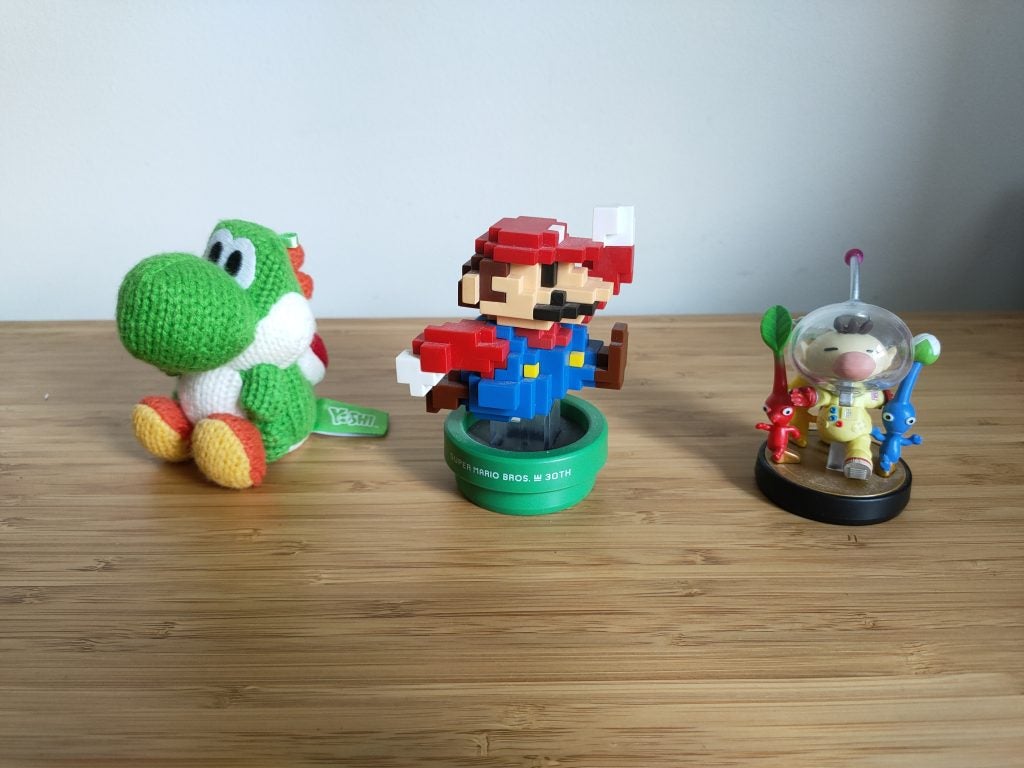 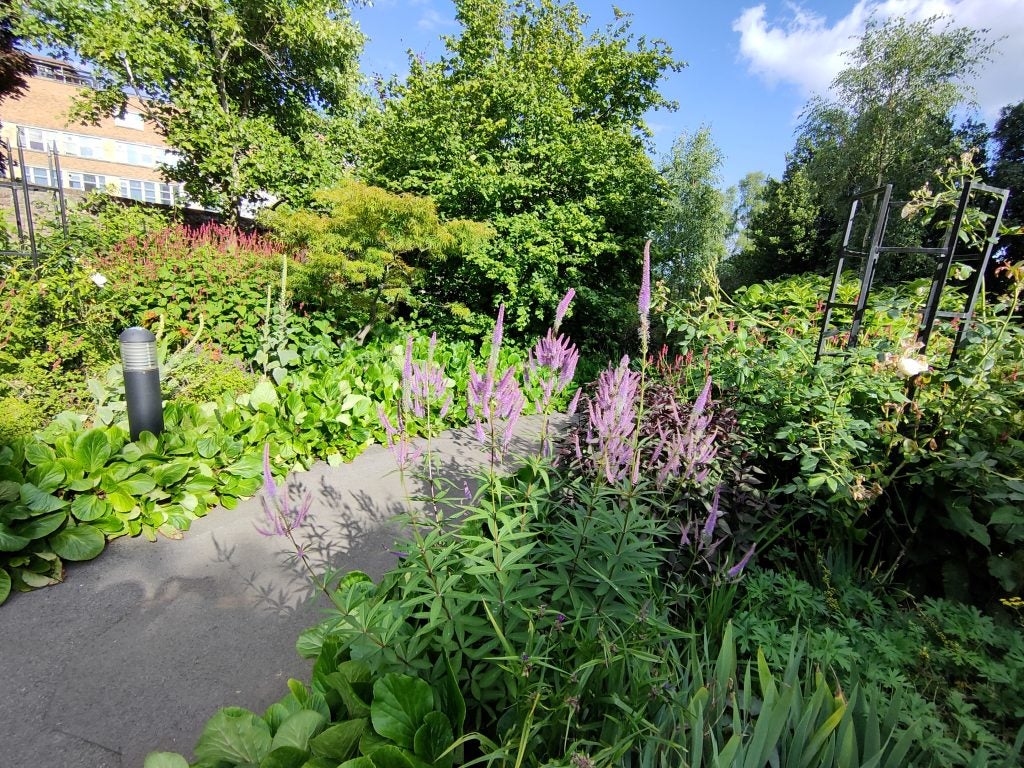 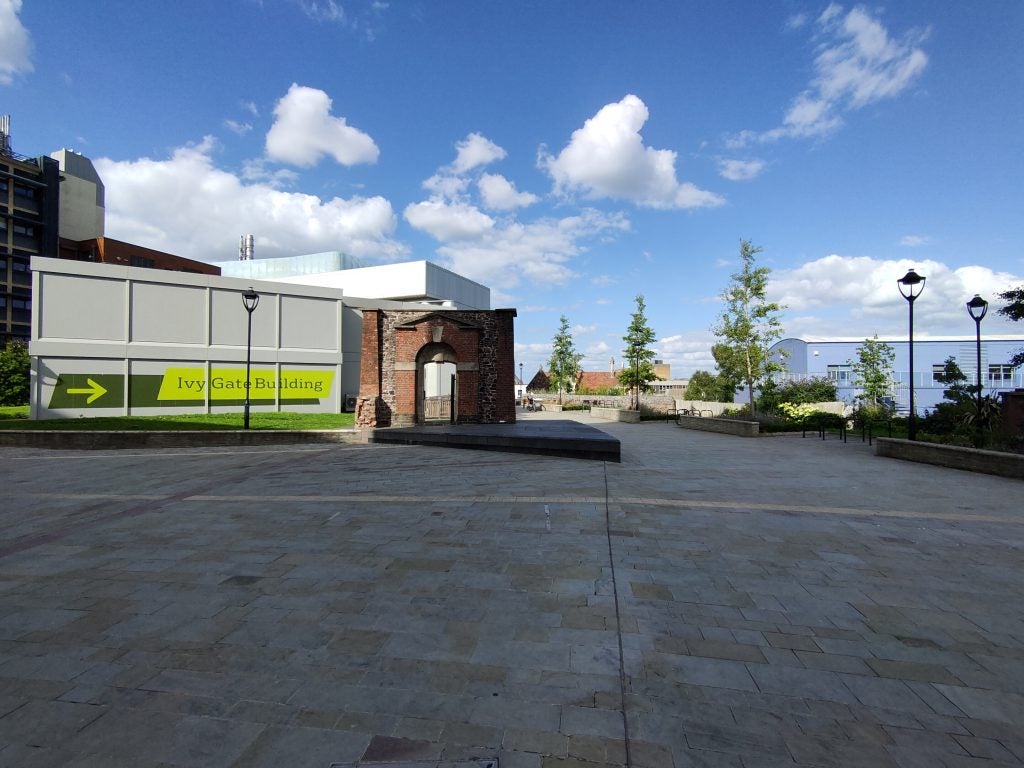 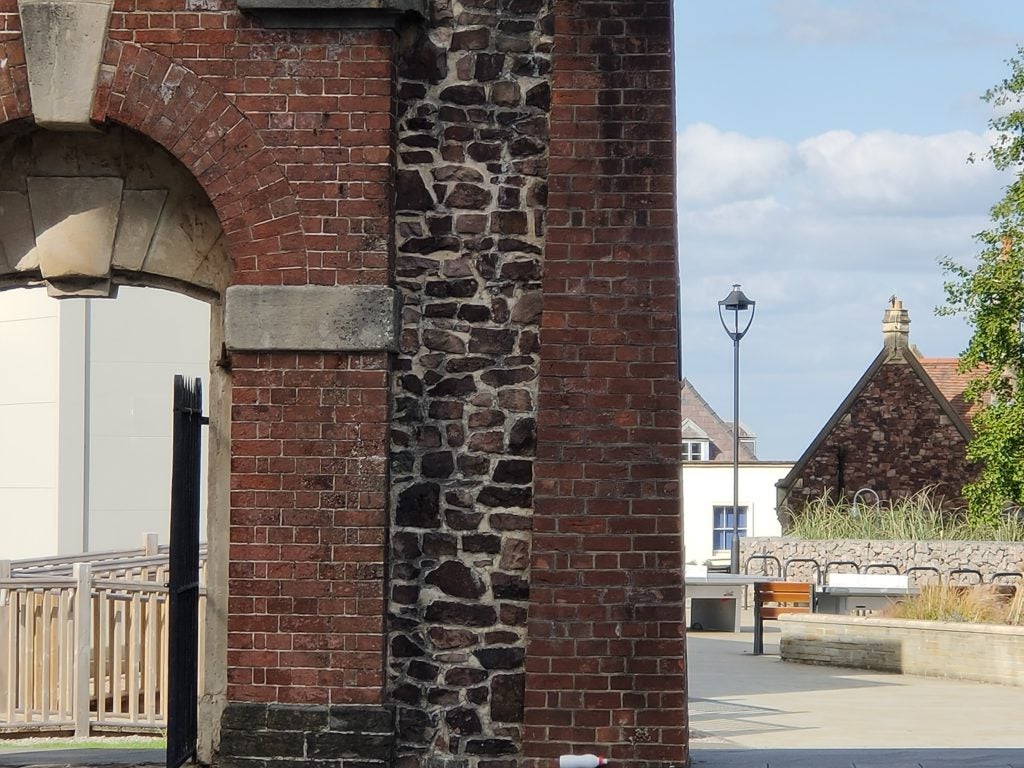 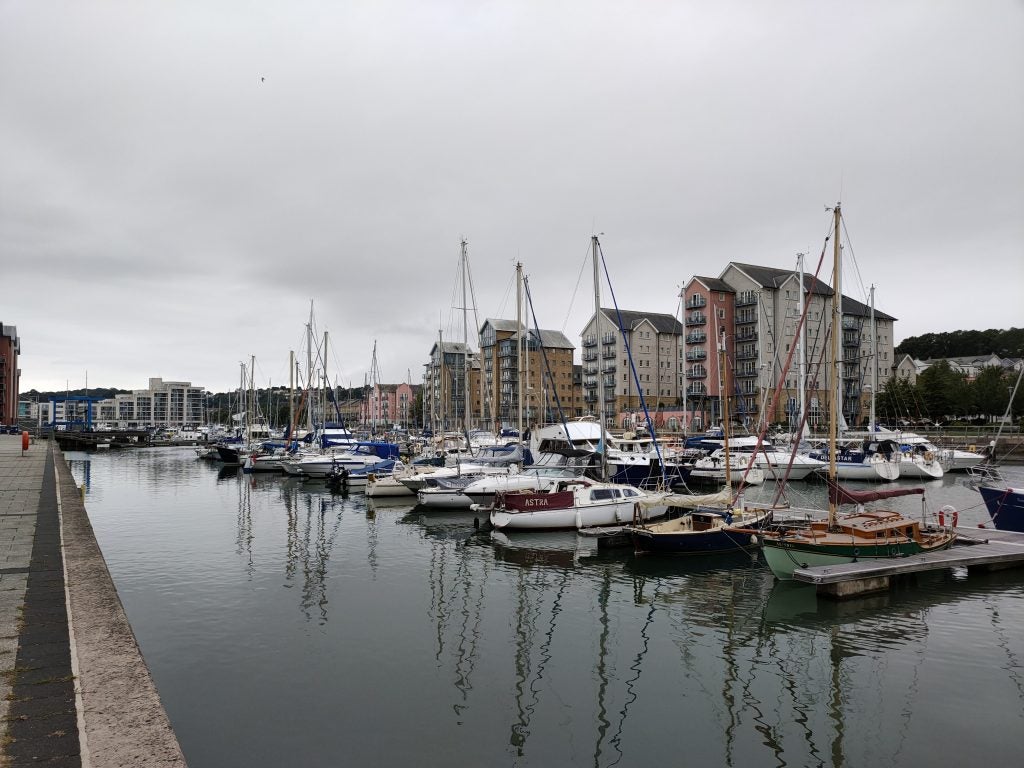 The Oppo Find X2 Neo is the third consecutive Oppo phone running ColorOS 7 that we’ve used now, which means we’ve grown rather accustomed to this strain of custom Android 10 UI.

Its faintly nannying pop-up prompts don’t grate quite as much as they did at the beginning of our time with the Oppo Find X2, while we no longer emit a quiet groan when we scroll left to check the latest Google Feed news only to find Oppo’s Smart Assistant tool.

Oppo has stripped ColorOS back a little since the early days too. You no longer get a pointless secondary App Store, for example, while the list of preinstalled apps is relatively short.

There are still irritating choices on display, however, like the inexplicable inclusion of both Opera and Chrome web browsers. We’re not sure which would-be video editor would want to use Oppo’s own Soloop app in place of the many third party alternatives on the Google Play Store, while there are much better mindfulness services out there thanks Oppo Relax.

While you’d think we’d be well versed in ColorOS by now, it’s still easy to get lost in the Settings menu from time to time. It’s an awful mess. 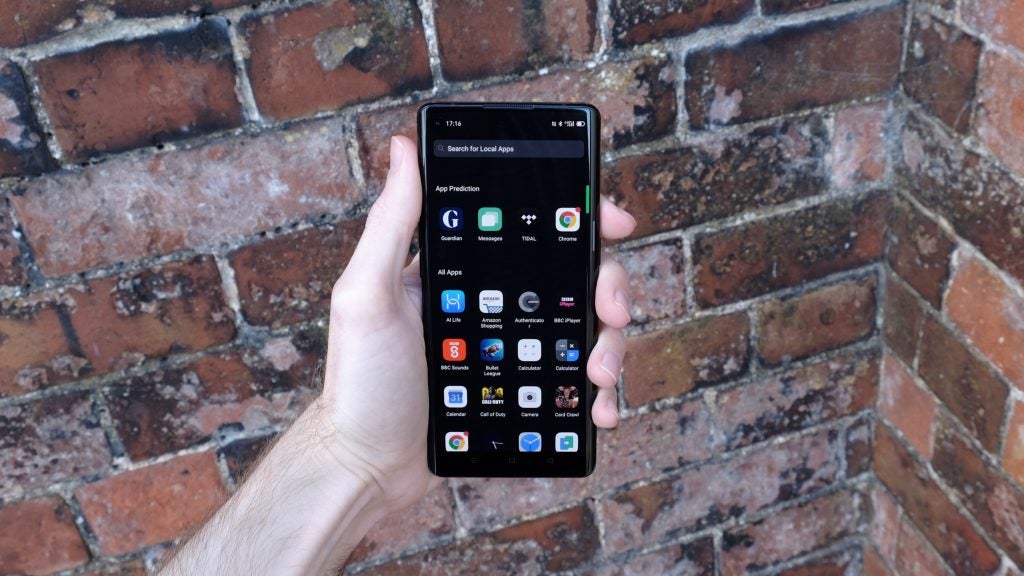 But everything moves along fluidly, and ColorOS also retains the quality of being quite customisable. Granted, it’s far from unique in that regard, but this means you can mitigate those irritations and make it quite pleasant to live with.

The Oppo Find X2 Neo runs off a 4025mAh battery, which is exactly the same capacity as the Oppo Find X2 Lite. With the same processor and a brighter, faster display, you might expect a slight drop off in battery life, but it’s still good for well past a solid day of usage.

When it came to testing media consumption, an hour of Netflix streaming with the screen set to half brightness sapped 7% of the Neo’s battery. That’s exactly the same result as we got with the Find X2 Lite and the Find X2. Not bad at all, in other words.

One area in which Oppo tends to excel is in its own proprietary recharging technology. The Oppo Find X2 Neo comes with a 30W VOOC 4.0 charger, which is a notch below the brand’s very best effort.

Even so, we noted that the Neo charged from 29% to 93% in just half an hour. When we checked back again after another 15 minutes (so 45 minutes overall), it had hit 100%. That’s excellent going.

You won’t find any wireless charging here, which is unsurprising given that the Oppo Find X2 Pro and the Oppo Find X2 lack it too. It’s way more forgivable at this price, where such a feature is rarely found.

Should you buy the Oppo Find X2 Neo?

The Oppo Find X2 Neo is a very good phone with a remarkably skinny design and a fluid 90Hz AMOLED display. If you wish that modern flagships were skinnier and lighter as well as cheaper, it’s well worth a look.

While this is a very accomplished and usable phone, for a little more money you can get a handset with superior performance and software. With all of its efforts going into a more desirable chassis, meanwhile, Oppo hasn’t been able to flex its impressive camera muscles this time around, although the results are perfectly decent.