The Oppo Find X2 Lite gets all the essentials right, with a balanced OLED display, solid performance, a reliable camera, sterling battery life and 5G connectivity at an affordable price.

With £399 SIM-free starting price, it costs exactly half as much as the Find X2 and slightly more than the OnePlus Nord. You’d expect a few compromises for such a saving, and sure enough the Find X2 Lite bears little resemblance to its big brothers beyond a familiar ColorOS UI.

You’re still getting a big OLED display, a vibrant 48-megapixel camera and 5G connectivity however, while performance is pretty snappy for phone at this price.

The question is, can Oppo retain its capacity to produce some of the best cheap phones around??

Design and screen – Tight build and decent OLED, but not video-friendly

The Oppo Find X2 Lite doesn’t shoot for a higher level of design like the similarly priced TCL 10 Pro. Aside from the shimmery Pearl White finish of our test model, it’s quite plain-looking.

While its design doesn’t thrill, though, the Oppo Find X2 Lite is built really well. At 180g and with twin glass surfaces and an aluminium frame, it feels far more premium in the hand than the plasticky Sony Xperia 10 II. 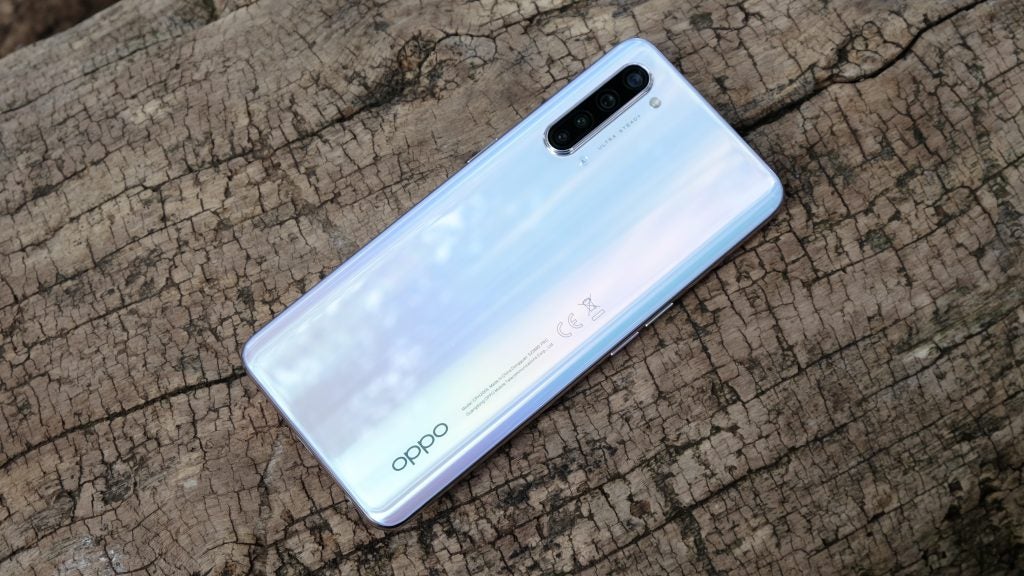 There’s a similar level of understated quality to the Find X2 Lite’s screen. With this 6.4-inch FHD+ OLED display, there’s really nothing that immediately grabs the eye like the TCL 10 Pro’s waterfall edges or the Sony Xperia 10 II’s 21:9 aspect ratio. You won’t get elevated refresh rates either.

What you do get is arguably more valuable than mere wow factor – a large enough, sharp enough, and plenty bright enough OLED that puts out vibrant but not lurid colours. And if you don’t take to its punchy reds, you can scale it back to the more sober ‘Gentle’ mode, or hand-tweak the warmth with a handy slider.

That dewdrop notch does rather interfere with video content, though. By default, Netflix shuffles the picture down to avoid being eaten into, but the opposite corners then get shaved off disconcertingly by the Oppo Find X2 Lite’s exaggerated curves.

The Oppo Find X2 Lite doesn’t come with the necessary DRM to support Full HD resolution video playback on Netflix or Amazon Prime. You’ll need to turn to YouTube, the Google Play Video Store, or some other source if you want to watch Full HD video content. 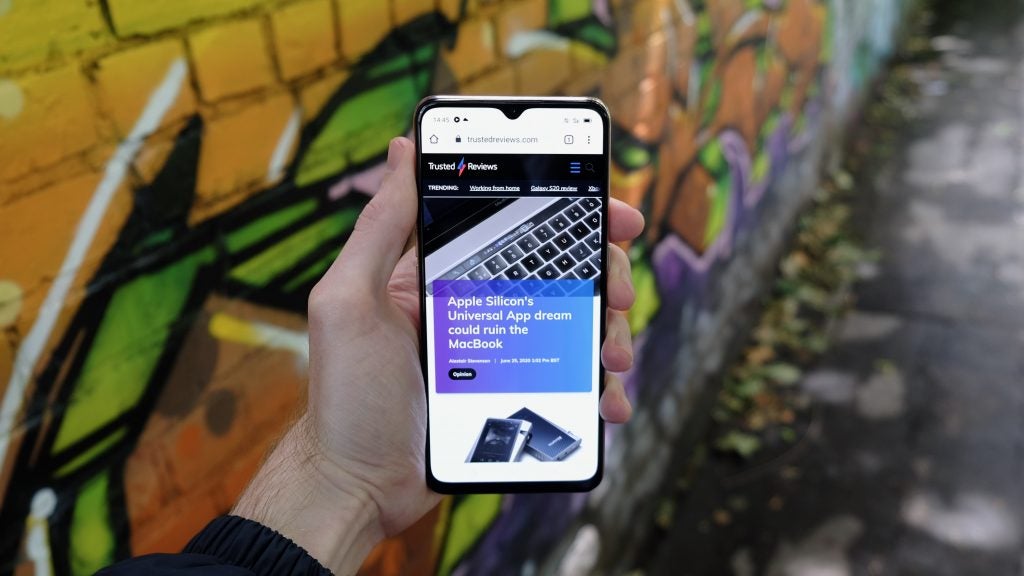 The Oppo Find X2 Lite has a single bottom-mounted speaker, which gets nice and loud even if the sound signature is a little thin and reedy. It also has a 3.5mm jack, although its placement is just about the worst possible for video watching and gaming, on the same edge but opposite corner to the aforementioned speaker.

This means that the natural landscape holding position, which avoids blocking the speaker with your palm, ends up placing your headphone connector right where you want to rest your hand.

The Oppo Find X2 Lite runs on Qualcomm’s current mid-range processor of choice, the Snapdragon 765G CPU. Together with a generous 8GB of RAM and 128GB of storage, it’s a very well specced out phone.

I moved directly to it from using the £1100 Sony Xperia 1 II as my daily driver, and the £800 Oppo Find X2 before that. It’s a tribute to the Find X2 Lite (and Qualcomm) that there’s no the jolt to the senses that’s common with such a step-down. Apps open quickly, UI animations are fluid, and the camera opens reasonably snappily from the lock screen.

Even the in-display fingerprint sensor turned out to be both speedy enough and suitably reliable – at least as far as these things go. This particular writer would still take a high quality separate sensor any day of the week, but that’s probably raging against the tide at this point.

The ‘G’ part of the Snapdragon 765G name signifies that its GPU has received a bit of a boost, and all of the games tried on the phone ran flawlessly. CoD Mobile defaults to High settings for graphic quality and frame rate, which proved very smooth. But it remained playable even when bumped up and anti-aliasing turned on and ragdoll physics. Super-slick 2D shooter Juicy Realm defaulted to high resolution and frame rate, and even adding post-processing effects to the mix failed to make it stutter.

The Find X2 Lite is also a fast mover when it comes to network performance, thanks to 5G connectivity. 5G at lower prices is no longer a novelty, but this remains one of your most affordable options if you want to benefit from next-level network speeds. 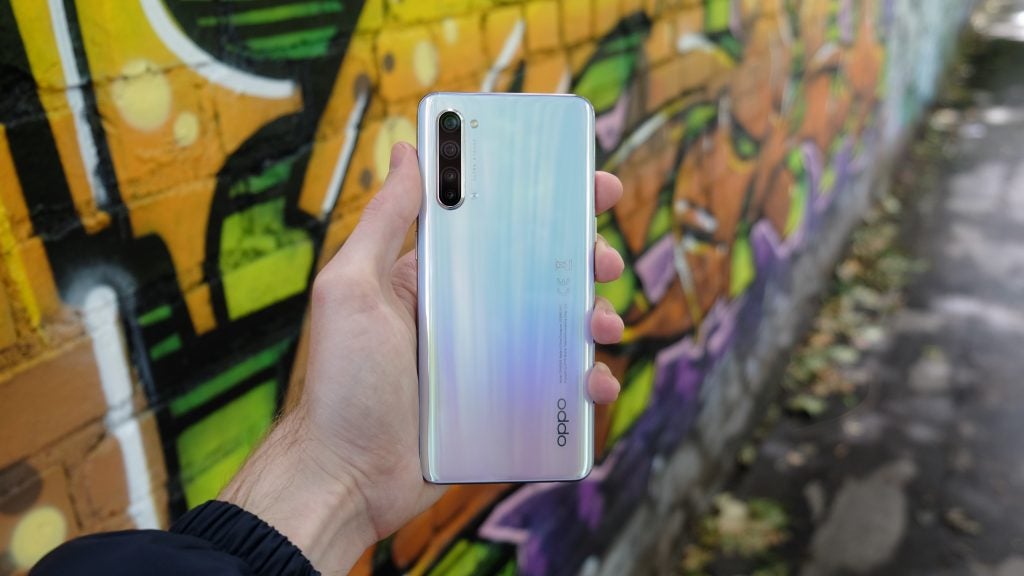 Oppo tends to extract a lot of performance from its camera hardware, and you’ll get some impressive results here.

No, it doesn’t even approach the quality of the Find X2 Pro with its huge sensor and its 10x zoom lens, nor does it have the all-round photographic game of the Find X2. But for £400, you wouldn’t expect it to. 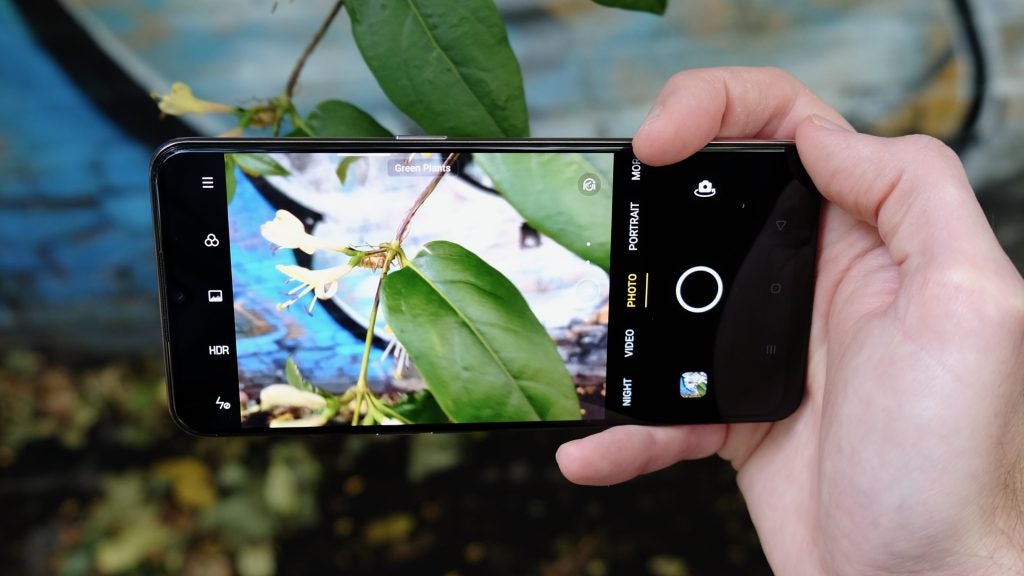 For that sort of money, you can expect good quality shots in decent lighting. And that’s precisely what the Oppo Find X2 Lite provides.

This is ostensibly a quad-camera set-up, though there are actually only two out and out camera sensors – a 48-megapixel f/1.7 wide sensor and an 8-megapixel f/2.2 ultrawide that doubles as a macro. The other two are a pair of 2-megapixel sensors, one mono and one depth sensing.

In good lighting, standard snaps tended to be detailed and punchy, if a little oversaturated. Colours tended towards the vibrant anyway, and activating the Dazzle Colour AI mode punched things up a little too much for our tastes.

Given the lack of a telephoto lens, the quality of the 2x zoomed shots is impressive. They’re not flawless by any means, but they are eminently usable for social media posts and the like. Clearly Oppo’s pixel-binning and cropping algorithms are on point.

Moving up to 5x pushes well past the system’s limitations, though, with excessive noise prompting us to give up on using the facility pretty quickly. I also gave up on using the ultrawide lens for wide-angle shots. Its shots look very soft and distorted, especially at the edges, with a lot of noise and some oddly artificial colours.

The Night mode does a good job at brightening low light shots, but it doesn’t retain an awful lot of detail, and extremely low light scenarios tend to descend into extremely noisy territory.

See below for some samples: 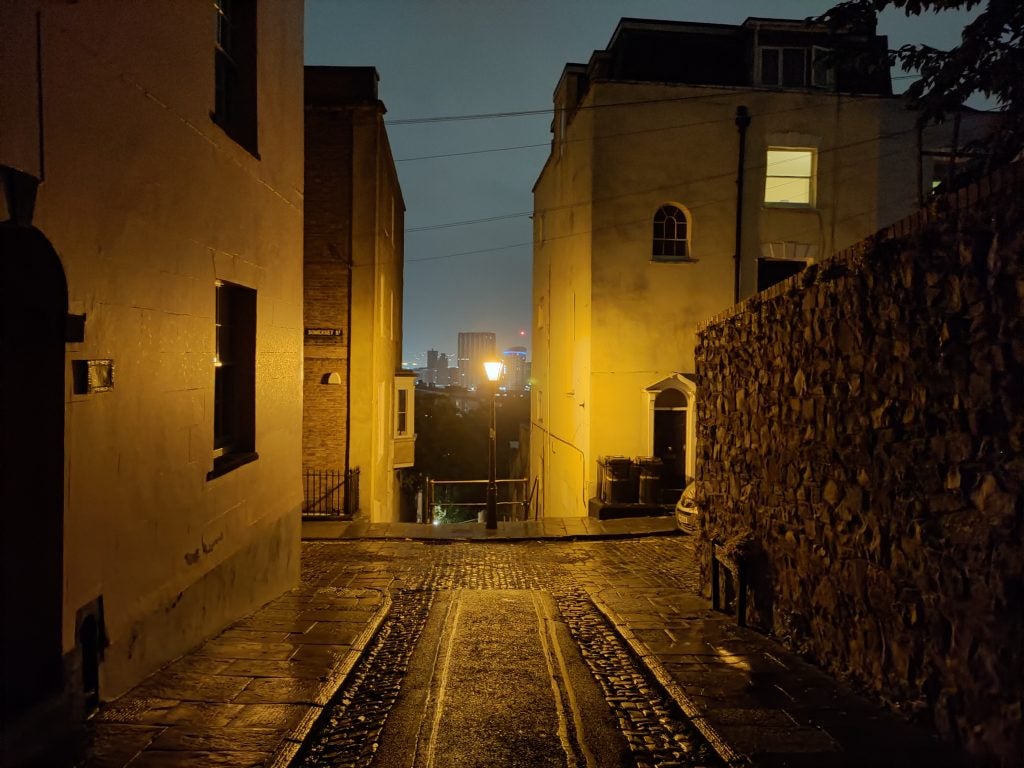 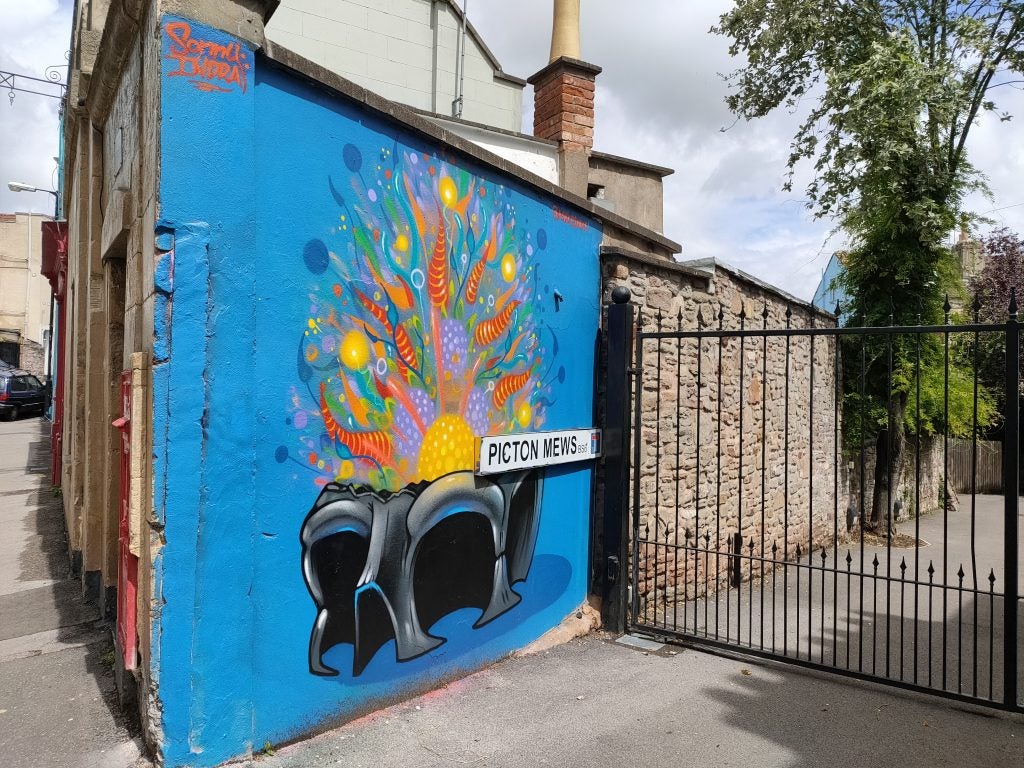 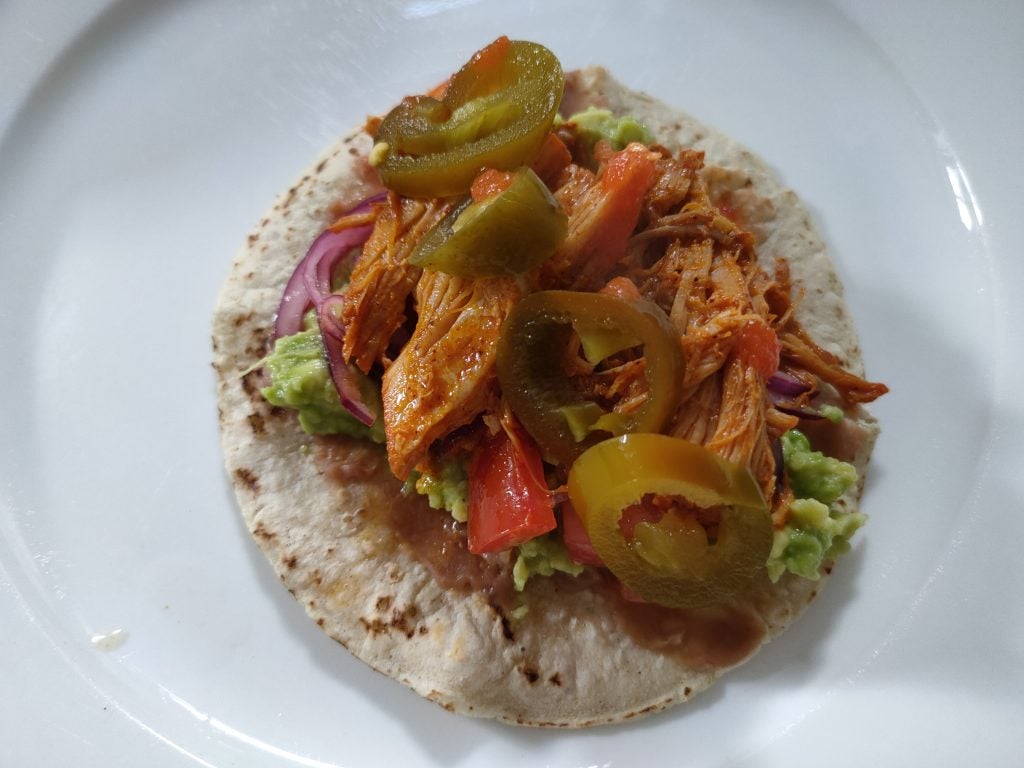 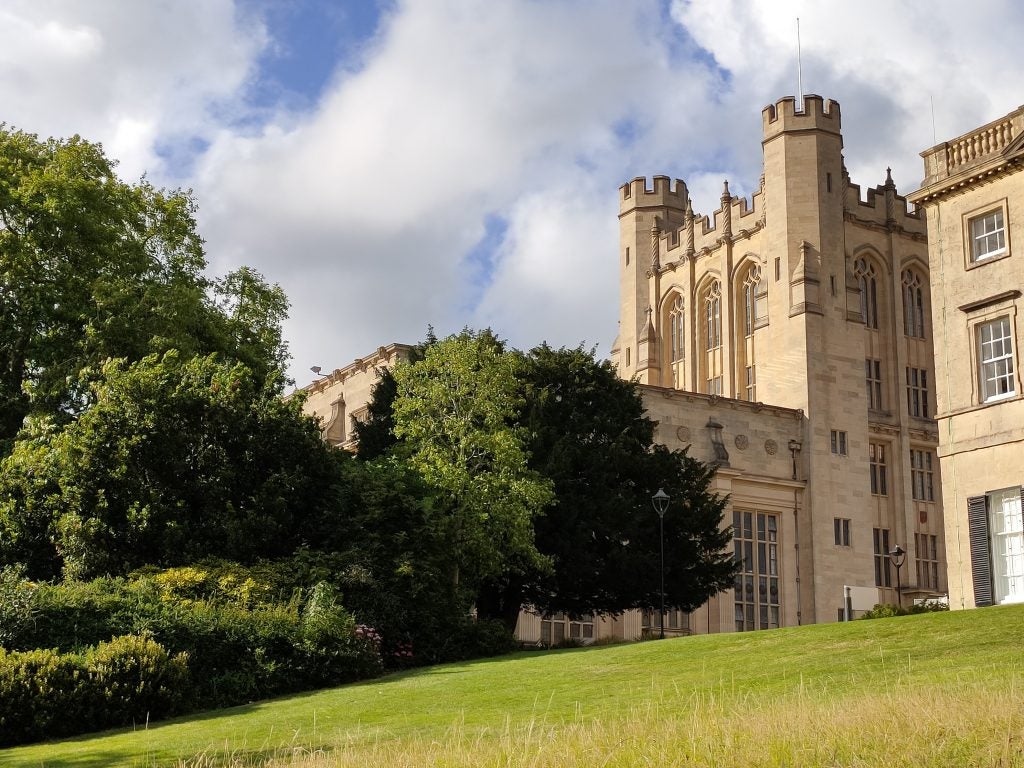 Software – Fast and customisable, but still a little ugly

We’ve encountered Oppo’s ColorOS UI a fair amount over the years, in Realme phones as well as the manufacturer’s own hardware. It’s seldom if ever appeared in the Pros section of those reviews, and has often cropped up in the Cons.

ColorOS has undoubtedly cleaned up its act over the years though, and ColorOS 7 on the Oppo Find X2 Lite is fast and reliable. It’s not a pleasure to use exactly, but it is fairly easy to get used to.

It’s still ugly though, with prosaic icons and menus that tend towards obfuscation. See the bewildering scramble that is the Settings menu for evidence, or the fact that you can’t uninstall apps directly from the home screen. Or even the simple fact that you can’t see precisely how much battery life you have left until you go into the Battery section of the Settings menu. 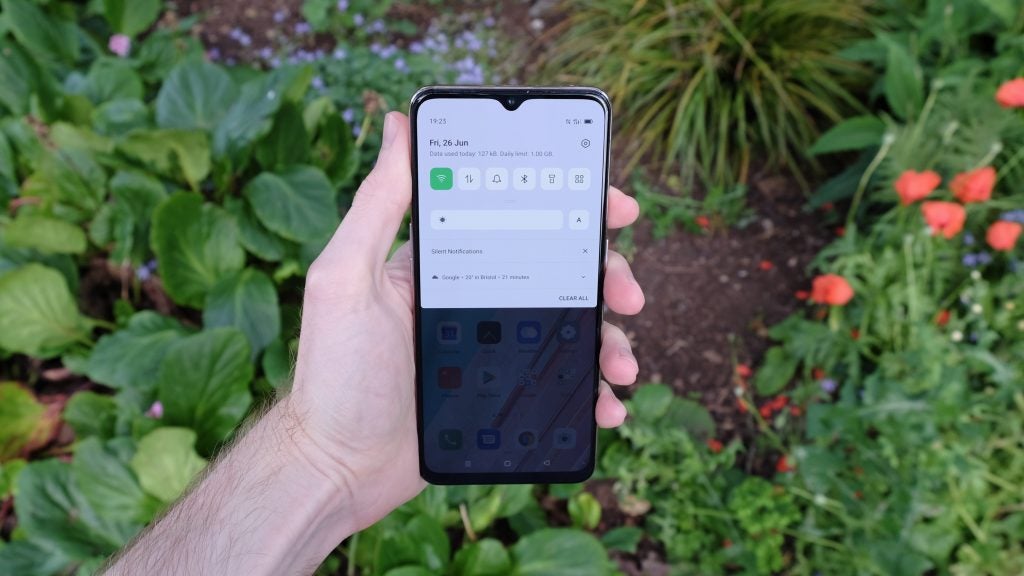 Oppo’s OS has its quirks

Not by default, at least. One of the main strengths of ColorOS is that it’s very customisable. You can make that battery figure appear if you so wish, flip to a gesture-based control system, and tinker with the home screen layout to make it just so.

If only there was the option to switch off Oppo’s Smart Assistant screen to the left of the home screen in favour of the usual Google Feed. In fairness, Smart Assistant can be quite useful, with the kind of widget assembly that will be familiar to iOS users. But the choice would be nice.

There’s no secondary App Store that no one asked for here, though why anyone would need Opera in addition to Chrome out of the box, I’m not sure. And you still get a bunch of Oppo’s own apps, such as the video editor app Soloop and the Oppo Relax relaxation tool.

The Oppo Find X2 Lite has admirable stamina. It starts with a nicely sized 4025mAh battery which, together with Oppo’s power-saving software tweaks, will see you light to moderate users deep into a second day of usage.

After more than 5 hours of screen on time, which featured an hour of Amazon Prime Video streaming, lots of web usage, some messaging, a few calls and some photos, there was 30% left in the tank.

Media consumption didn’t hit the battery too hard either, with an hour of Amazon Prime streaming on 50% screen brightness sapping around 7% of a charge. Although, there is the caveat that it wasn’t streaming at Full HD, as per the aforementioned DRM issue.

Oppo has long been a front runner when it comes to fast charging technology. While the 30W VOOC Flash Charge 4.0 standard that ships with the Lite isn’t its top notch charging platform, it still tops the flagship efforts of more high profile brands such as Apple and Sony.

Should you buy the Oppo Find X2 Lite?

The Oppo Find X2 is a solid option in a £400 smartphone class that suddenly became a whole lot tougher with the arrival of the iPhone SE, OnePlus Nord and Moto G 5G Plus along with a number of other best mid-range phones. While the Lite can’t beat Apple’s affordable hotshot in terms of performance or software experience (ColorOS isn’t the optimal take on Android 10), it does pack a larger, sharper OLED display and 5G connectivity. It’s just those cheaper Android alternatives that make this a harder sell.

Meanwhile, its battery life and speedy charging inspire a great deal of confidence when heading out and about. In short, as a £400 pick, the Oppo Find X2 Lite is as steady as one of its video captures