OnePlus has always jammed top-end specs inside its phones, and nothing changes here.

A Snapdragon 845 powers the OnePlus 6, alongside 6GB or 8GB of RAM and the option of 256GB of storage. The option of 8GB of RAM feels odd, with its inclusion likely because OnePlus can put it there. It’s a status symbol, rather like the storage offering of 256GB.

I’ve been using the 8GB model for the review period and it’s so fast that the idea of things lagging and taking time to load didn’t even cross my mind. Apps open instantly, multitasking is fluid, and every single game I tried worked flawlessly. This is comfortably up there with the fastest phones I have ever used, and when I put it side by side with the Huawei P20 Pro, the latter’s performance issues were more obvious than ever. 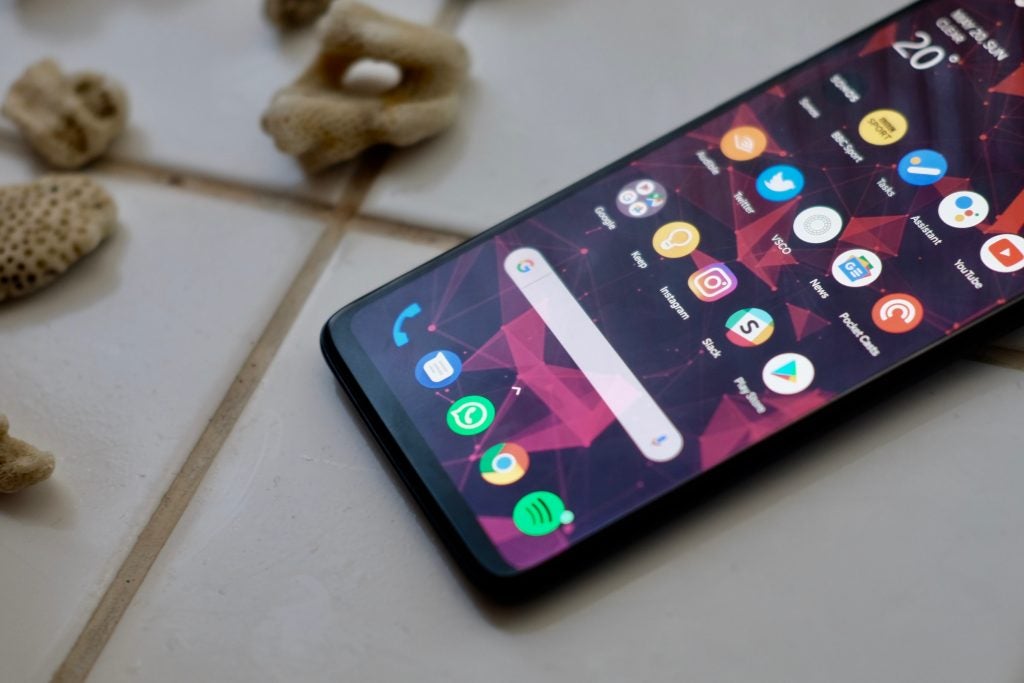 Still, I would say you won’t lose any of this by plumping for the cheaper 6GB RAM model, though. But, as there’s no expandable storage, you should think about your storage options wisely.

The excellent day-to-day performance I noticed during my near two weeks with the phone was also obvious when I ran it through our usual benchmarking tests and compared it to some of the competition. OnePlus has done a lot to optimise the internals and software, and that really shows both in actual usage and synthetic tests.

The natty marketing tagline OnePlus is using for this phone is ‘The Speed You Need’, and that idea goes beyond basic performance. This phone is fast in other areas, too. There’s support (where available, of course) for 1.2Gbps download speeds, improved 4×4 MiMo Wi-Fi, and a camera app that is one of the quickest I have ever used. Bluetooth 5.0 is here and keeps a strong connection to attached devices – even ones that are normally finicky with Android phones, such as Apple’s AirPods.

Previous OnePlus devices have suffered with poor connectivity, especially over Wi-Fi, but I haven’t noticed that at all here. There’s also excellent call quality and the obvious benefits that come from having two 4G-capable SIM trays. The down-firing speaker, on the other hand, is poor and easily gets blocked when you’re watching something horizontally.

OnePlus is one of the few manufacturers that doesn’t diminish Android with its own customisations. Oxygen OS retains the look of vanilla Android, adding only extras that I think improve on Google’s operating system.

Customisation is available with icon packs, a system-wide dark mode, and plenty more little touches that make for a great experience. You can also ditch the on-screen navigation buttons and use a bunch of swipes to get yourself around – much like the iPhone X. This is off by default, but I turned it on almost as soon as unboxing the OnePlus 6 and it grew natural to use after a few hours. Basically a swipe up takes you home, while a swipe up and hold puts into the multitasking view.

Getting rid of the classic, and in my opinion often useless, three Android navigation buttons is something Google is actually doing in Android P. Still, I think the gesture-based version OnePlus has crafted is better and easier to learn. 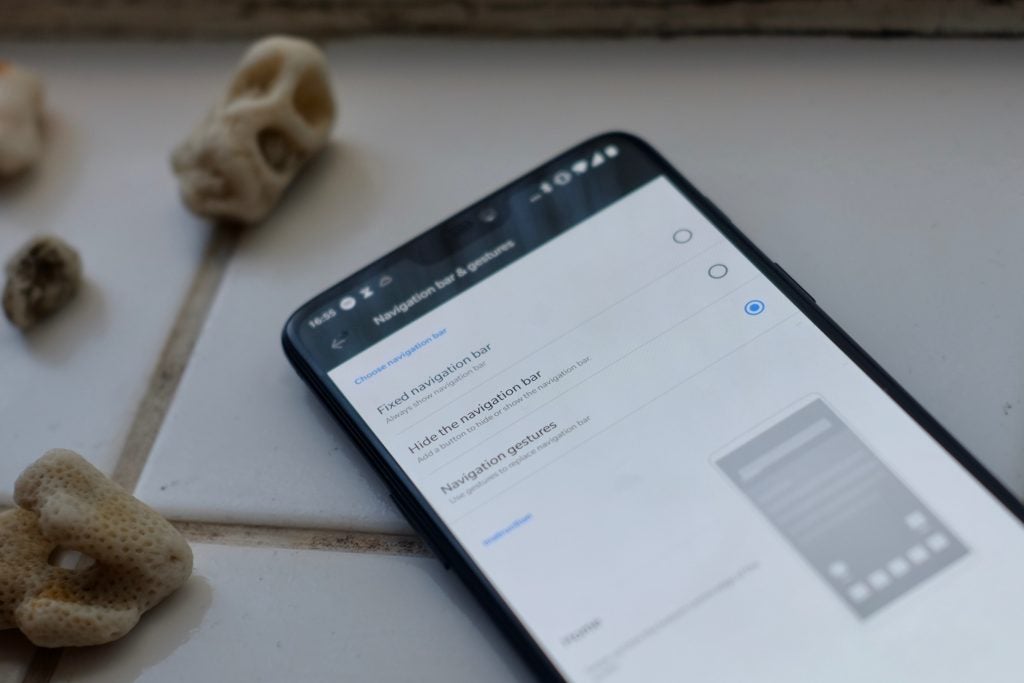 Speaking of Android P, OnePlus is one of a few manufacturers who’ve partnered with Google to allow you to load an early developer version of Android P onto the OnePlus 6 right now. This should be a good indication that a snappy update to P is coming soon after it launches later in the year.

Another fantastic software addition to the OnePlus 6 is a dedicated reading mode that’ll turn the screen black and white when you’re in apps such as Kindle or Pocket. The effect this achieves is similar to an e-reader and is much softer on the eyes.

While the fingerprint scanner on the back is one of the fastest around, the Face Unlock function on the OnePlus 6 is almost equally as snappy. Unlike on the iPhone X where you unlock the screen and then swipe to unlock the phone, here you just tap the lock-button and if it recognises your mug it’ll jump you directly to the homescreen. There are of course some caveats to this unlocking method: as it’s not as secure as Face ID or the fingerprint scanner you can’t use it to authenticate payments from Google Play or log into banking apps. It’s not as reliable when it’s dark, so if i’m checking my phone in a dark bedroom then I tend to stick with the fingerprint sensor.