In my 2017 review of the OnePlus 5, I said it was one of the fastest Android phones I had ever used. The OnePlus 5T isn’t any faster than the 5, but it still offers one of the smoothest Android experiences out there – right alongside the Google Pixel 2.

Inside the OnePlus 5T is the Snapdragon 835, 6/8GB LPDDR4X RAM and 64/128GB UFS 2.1 storage. I still think that much RAM is complete overkill and it doesn’t really seem to make any difference to how long apps stay in memory, but it’s there if you love specs.

I have been using the top-spec version during the review period, but I previously used the 6GB OnePlus 5 and there wasn’t a noticeable drop in performance. I would only plump for the pricier model if it’s storage you want, especially as there’s no microSD card slot.

Specs are one thing, but actual performance is far more important and thankfully the OnePlus 5T uses its components effectively. There’s no lag, apps open instantly and I haven’t noticed that ‘jelly-lag’ scrolling effect that has plagued previous OnePlus devices. 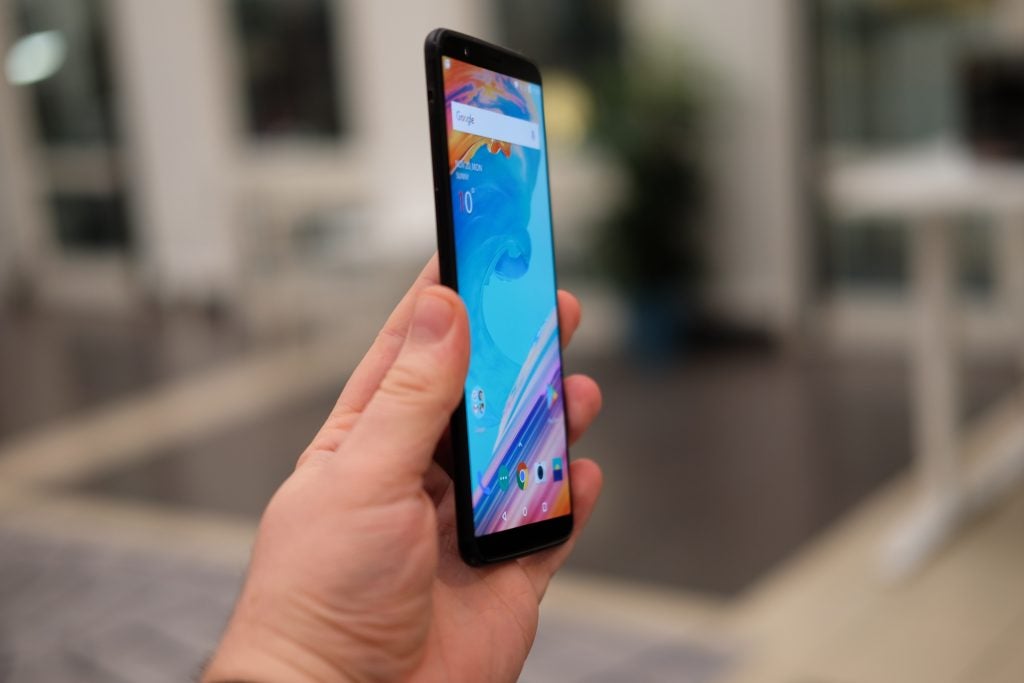 In our range of synthetic benchmark tests, the OnePlus 5T also impressed. It picked up 6789 in Geekbench 4’s multi-core test and the single-core score is about the same as the Samsung Galaxy S8 and LG V30 at 1989. These numbers are nothing out of the ordinary, and nowhere near the scores achieved by the iPhone 8 Plus, but they do mean the OnePlus 5T nears the current ceiling for Android performance.

Performance is great, but the downward-facing speaker is poor. It’s loud enough but gets blocked so easily when you’re watching anything in landscape. I also still get the same poor Wi-Fi performance I experienced with the OnePlus 5.

The version of tweaked Android OnePlus uses on its phones is still one of the best out there. It’s light, looks a lot like stock Android but adds in a load of genuinely thoughtful and useful additions.

‘Face Unlock’ is a key new feature on the 5T. It’s a self-explanatory security measure that’s sort of like Face ID on the iPhone X. Even though it’s not as tech-fuelled as Apple’s offering – Face Unlock only uses the front-facing camera, not an array of dedicated sensors – it works surprisingly well. The setup is simple and if you’re looking straight at the phone when you unlock it’ll completely bypass the lock-screen. It almost feels too fast to be actually doing anything, but point it in someone else’s face and it’ll do nothing.

I tried fooling it with a photo of myself and it didn’t unlock, but it’ll be interesting to see how easy it is to fool. If you’re particularly concerned about security I would stick with the fingerprint sensor or passcode unlock, but if you value efficiency then it’s a great option. You’ll still need to use your code or finger to authorise purchases and unlock apps, though. 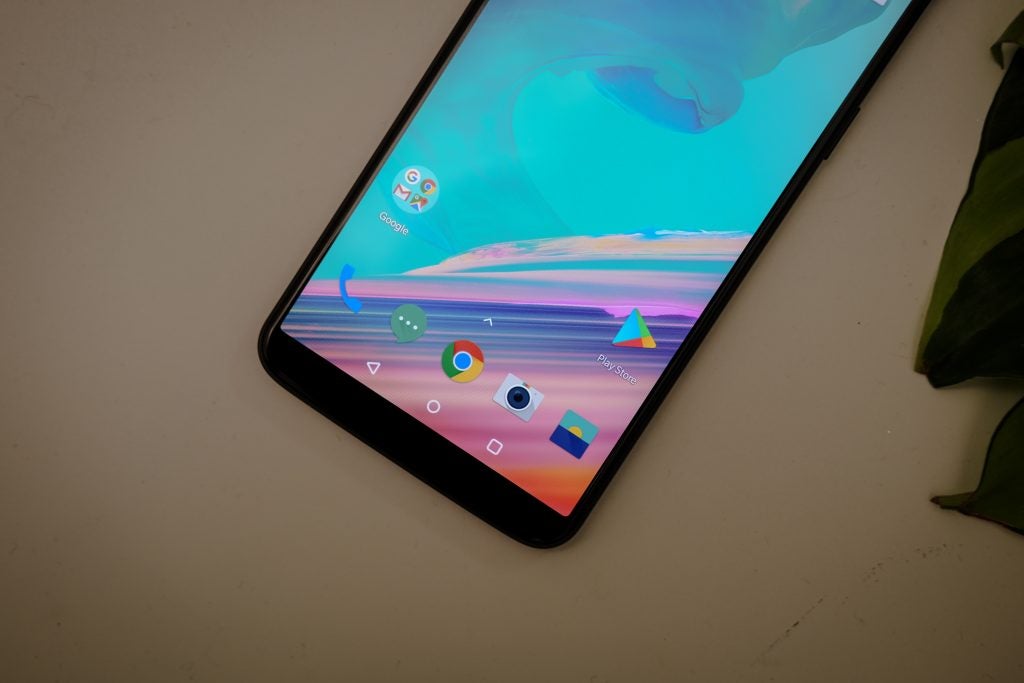 Another software addition is Parallel Apps: this allows you to create secondary versions of apps like LinkedIn, Instagram and Facebook for your work profiles. It’s a neat trick, especially if you use for phone for both personal and work reasons – or if you have a secret second identity.

The rest of the software is almost identical to the OnePlus 5. You’ve got an excellent ‘Night Mode’ that works great with the OLED panel, deep customisation for icons and a fantastic ‘Reading Mode’ for making the display nicer to view in certain apps like Kindle and Pocket. 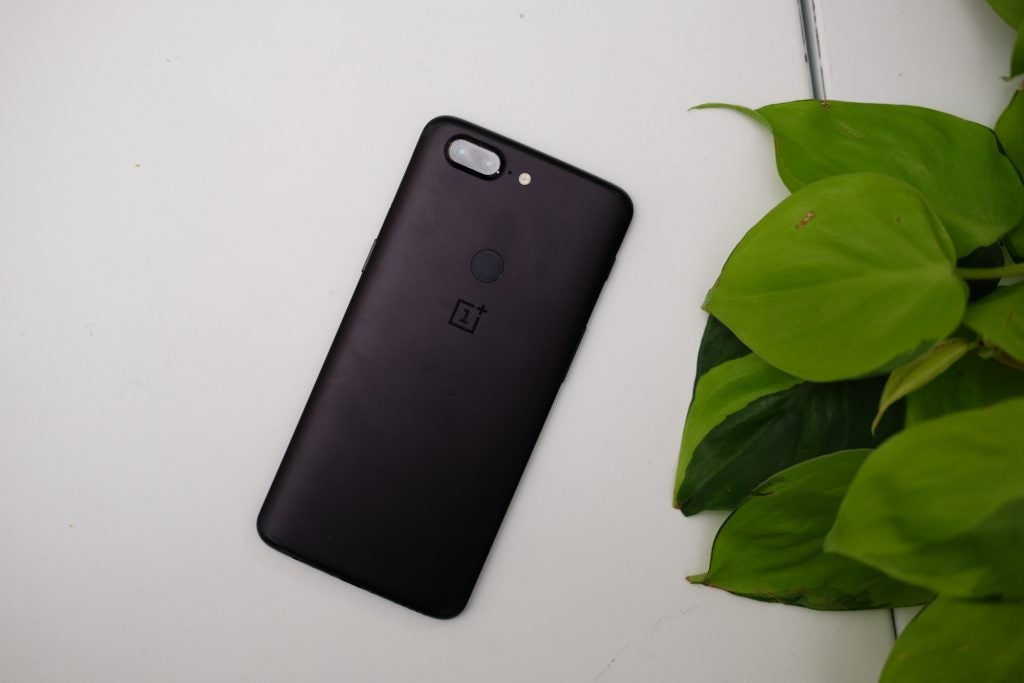 One strange omission that keeps affecting OnePlus phones is that there isn’t the correct DRM to allow streaming of Netflix, Google Play Movies or Amazon Prime in HD. Instead, it caps you at SD and sometimes forces you to manually alter the resolution in YouTube. It’s a really strange missing feature that I haven’t seen on any other phone and considering this big screen is perfect for watching videos it’s even more annoying you can’t watch it in HD.