What is the OnePlus 5T?

OnePlus has just announced the OnePlus 6T. This updated model includes an in-display fingerprint sensor, bigger screen and larger battery than the 2018’s OnePlus 6. For our full OnePlus 5T review continue reading below.

The OnePlus 6 is now on the scene boasting powerful hardware, with specs comparable to notable rivals like the iPhone X, Huawei P20 Pro and Samsung Galaxy S9. With this in mind, does the OnePlus 5T still fit into the smartphone landscape or has its progenitor rendered it redundant?

It’s no surprise that OnePlus has implemented a quicker release cycle than most in order to stay relevant in the competitive flagship smartphone space, especially as that’s the only space that it competes in.

The 5T feels a little stuck in 2017, mainly because unlike the 6, it’s elongated display remains notch-free, but it still boasts a competent dual camera and a gamut of worthwhile internals.

I really like the 5T’s industrial aluminium unibody design, even if it’s basically the same as the OnePlus 5’s. The edges are nicely curved, it’s not too big and it’s really thin.

Unlike with the 5, the 5T is only available in the Midnight Black hue, though I wouldn’t put it past OnePlus to release a gold or slightly lighter black variant later down the line. There’ll also probably be a partnership with some obscure fashion house at some point.

The biggest design change is that the fingerprint scanner now sits below the rear camera sensor, rather than on the phone’s front. OnePlus told me it went through multiple variations of this scanner to get it right and even tried colour matching it completely to the device, but in the end, it stuck with the same ceramic construction as previous phones. The scanner itself is a tad on the small side for my liking, but it’s perfectly positioned just where your finger naturally rests. 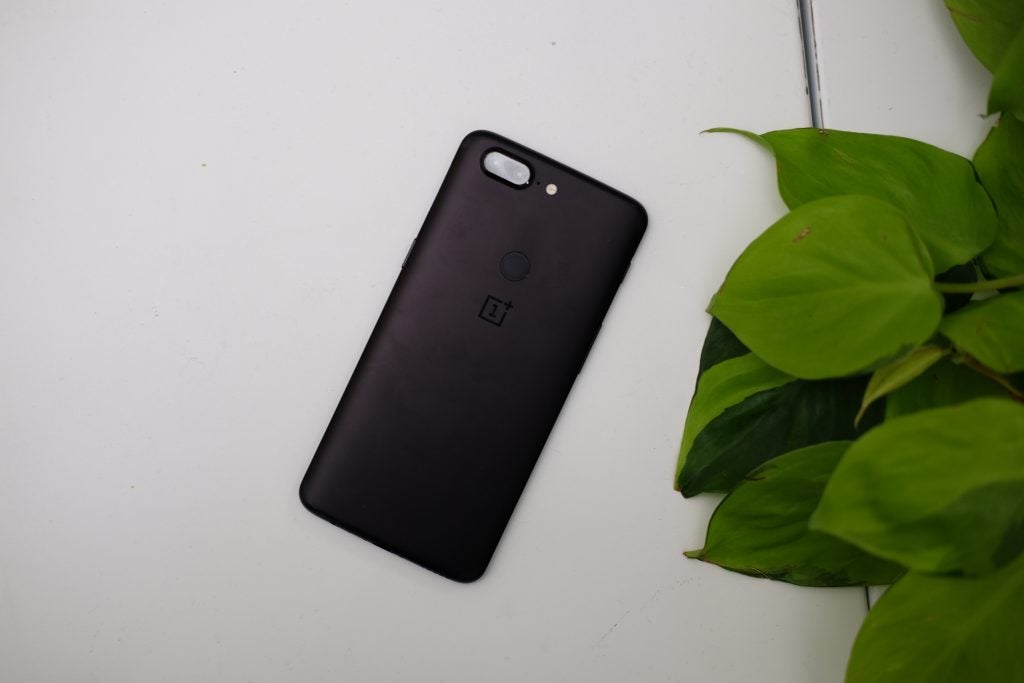 The fingerprint scanner has been moved to the back because the front of the phone has been completely redesigned. Gone is the chunky bezel around the display, gone is the home button and gone are those capacitive keys that flanked it. Instead, you’ve got an 18:9 aspect ratio, 6-inch design running nearly edge-to-edge.

Having a 6-inch display in a body that’s only a hair taller than the 5.5-inch OnePlus 5 is an impressive achievement and real selling point for the 5T.

Screen changes aside, the rest of the OnePlus 5T is very familiar. You’ve still got that handy alert-slider on the left for quickly switching the phone to silent and the other buttons are as clicky and tactile as ever. The increasingly rare headphone jack remains on the phone’s bottom next to the middling downward-firing speaker and Dash Charge enabled USB-C port. You’ll also find a dual-Nano SIM tray on the 5T’s side. I’d have preferred a microSD slot, or a hybrid slot, but at least there’s a decent amount of base storage here. 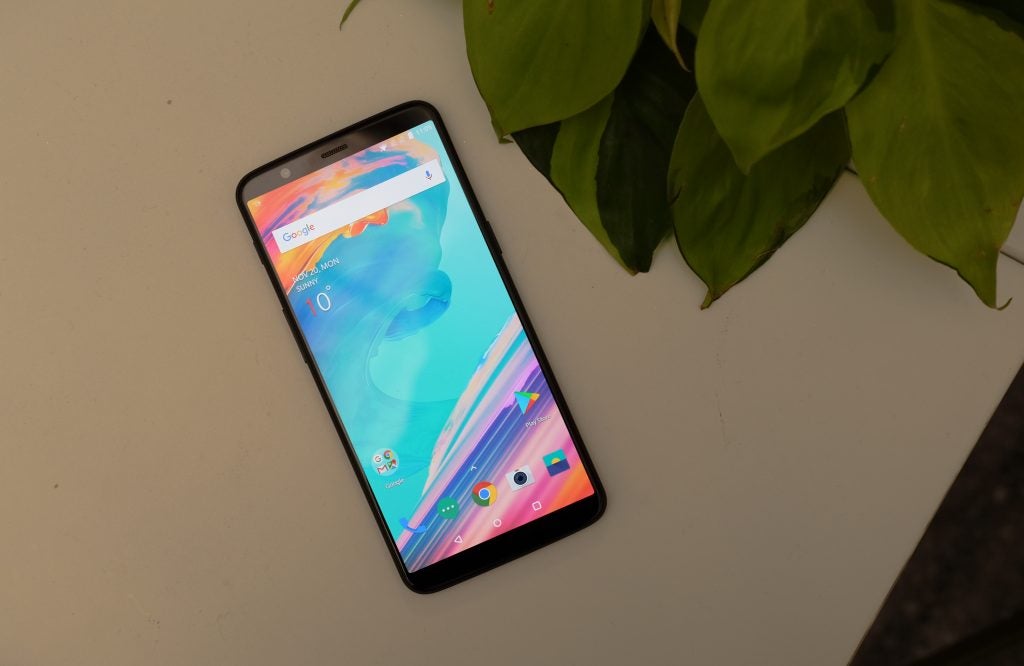 My biggest criticism is the lack of any official IP-rating for the phone. The majority of flagships these days are at least IP67 rated for that extra peace of mind. Obviously, some corners have to be cut to allow OnePlus to sell these phones at such competitive price-points, but I just wish this wasn’t one.

For the price, you won’t find a better display. The OnePlus 5T uses a Samsung OLED. It’s a big, bright 6-inch panel with a slightly odd 2160 x 1080 resolution. This is classed as FHD+, but really it just adds extra pixels to the top so you don’t lose any sharpness with the elongated screen. This resolution doesn’t match the quad-HD panels used by some of the competition, even at this price-point, but the OnePlus 5T’s screen is sharp enough so you won’t be able to distinguish individual pixels. There’s also no support for HDR or Dolby Vision. 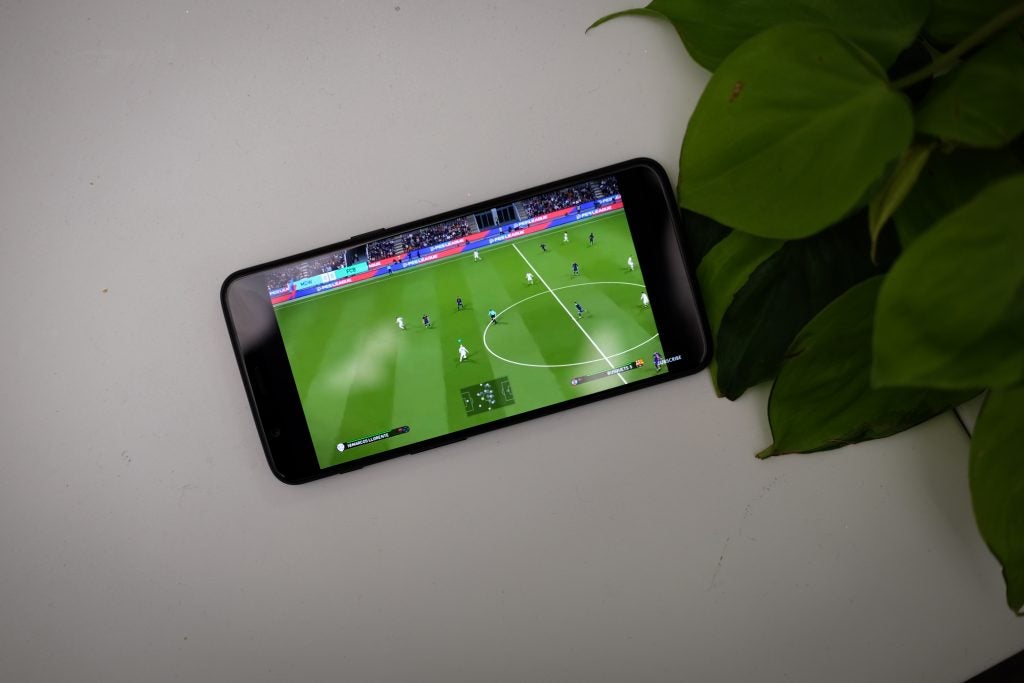 Unlike the OLED panels used in the LG V30 and Google Pixel 2 XL, the OnePlus 5T’s doesn’t suffer from wild oversaturation or terrible viewing angles. Yes; there is a mild shift to blue if you tilt off axis, but it’s only noticeable if you really go looking for it.

OnePlus lets you fiddle about with the screen calibration if you’re not a fan of the vivid default setting. I switched it to the DCI-P3 option and this levels out colours a bit without washing anything out. There’s an sRGB mode too, plus a custom setting with a slider for making the panel warmer or cooler.