2017 flagships have been pushing the boundaries in lots of areas, but battery life isn’t really one of them. Ever since the Note 7 started combusting, it seems that advances in battery tech and capacity have taken a back seat.

It’s a similar story for the OnePlus 5. The non-removable 3300mAh battery is bigger than that of the OnePlus 3, but 100mAh smaller than the one in the OnePlus 3T. Thanks to the improved efficiency of the Snapdragon 835 processor, though, battery life is about on par with its predecessor.

I can comfortably get through the day with mixed-to-heavy use, and normally I have about 10% spare come bedtime. An hour of SD Netflix streaming eats up 7-8%, and it’s about half that for music streaming with the screen off. 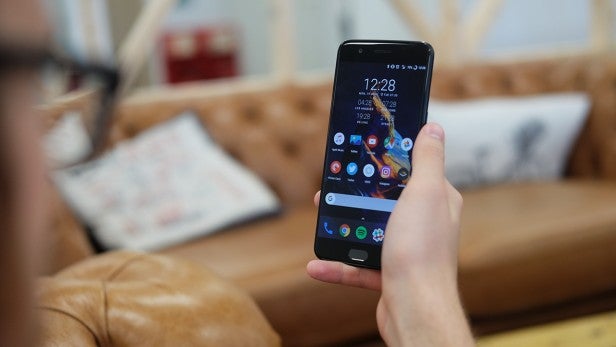 Considering the 1080p screen, I would have liked to possibly make it two days without reaching for the charger, but that hasn’t been the case so far.

But I can forgive OnePlus for this, as the battery life has never worried me because of how fast it charges. Dash Charge is the fastest charging method I’ve used, and the OnePlus charges from dead to full in little over an hour. It also charges super-fast when you’re actually using the phone – without getting hot – and this just isn’t the case with the competition.

There are downsides to Dash Charge – notably you have to use the supplied USB-C cable and power adaptor – but it’s useful enough to live with.

Should I buy the OnePlus 5?

Even though at £449/$479 the OnePlus 5 is the most expensive entry in the series yet, it still is undeniably one of the biggest bargains in tech. Considering varieties of the iPhone 7 and Samsung Galaxy S8 can cost up to £400 more, it really does feel like OnePlus is onto another winner.

It’s not quite the revolutionary step forward that the OnePlus 3 was, but there are solid improvements across the board. I can’t see anyone picking up this phone and feeling short-changed or disappointed.

I do think the higher price does make some of its shortcoming more noteworthy, though, and I feel some areas have been improved that were sufficient anyway – such as the RAM – while more vital but less glamorous bits like Wi-Fi and audio were left unimproved. I’d also have liked to see some form of water-resistance here, as that’s becoming almost a prerequisite in 2017.

Still, no phone is perfect and the benefits here are easy to see. Dash Charging is great, the improved P3 colour gamut is welcome and OxygenOS is fantastic. Plus the camera is fast and reliable.

At a similar price point you’ve got the Honor 8 Pro – a great phone, but one that lacks some of the more high-end features here – and then the upcoming Moto Z2 Play which again lacks flagship components but will likely have a better battery life.

Not as cheap as previous OnePlus devices, but you still get a lot for your money here.