What is the Honor 8 Pro?

Honor is a sub-brand of Chinese company Huawei normally known for cheaper mid-range phones, but the Honor 8 Pro is the brand’s priciest phone yet. It’s also Honor’s most accomplished thanks to an attractive, slim design, fast performance and a generously sized battery.

If you like the look of the Huawei P10 Plus but can’t stomach the price, then the 5.7-inch Honor 8 Pro is worth serious consideration.

From the front, the Honor 8 Pro looks like a bigger version of the previous Honor 8. I had the Navy Blue versions of the Honor 8 and Honor 8 Pro models in for review, and the finish on both is identical. Black and Gold options are available, too, but I rather like the blue. It makes a statement, and is in keeping with the Honor brand’s more fun character.

The design of the Honor 8 and Honor 8 Pro only really begins to deviate when you flip the phones over. The Honor 8’s noteworthy design feature was its 15-layer glass rear. This had 3D grating and lithography, meaning it caught the light and shimmered in a rather dazzling way. It was a fun visual flourish that served no real purpose other than to look fancy.

The Honor 8 Pro is a little more mundane, though, with its matte finish. Although there’s nothing wrong with it – in fact, some may well prefer it – I just find it a little boring. At least it’s less prone to fingerprints than its smaller sibling. 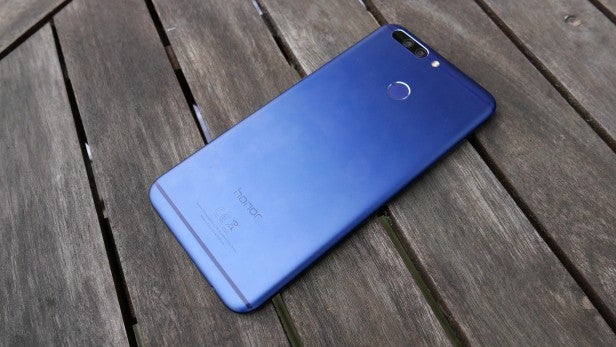 Like the Honor 8 – and unlike Huawei’s own recent P10 and P10 Plus phones – the fingerprint sensor on the Honor 8 Pro resides on the back of the phone. The circular sensor is just as swift and responsive as any of Huawei’s previous offerings, which have always tended to impress.

What appears to be missing compared to the Honor 8 is the ability to use the fingerprint scanner as a “Smart Key”. It was previously possible to select the action of a single- or double-press, but now the scanner no longer has a button functionality, which is a shame.

You can turn on the option of holding your finger over the scanner to take a photo when the Camera is open, or swiping down to access the notifications pane – but that’s it. The latter is something I’ve often relied on, however, and helps mitigate against the size of the phone somewhat. 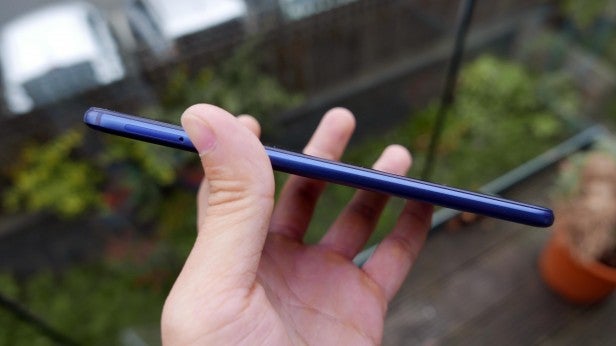 What the Honor 8 Pro really has going for it is that it’s super-svelte for a 5.7-inch phone. In fact, at 6.97mm, it’s thinner than the Honor 8 and an iPhone 7 Plus. The bezel along the edge of the display are kept to a minimum, leaving you with a phone that fits rather nicely in your hands. The Honor 8 Pro feels well constructed, too, and certainly fitting of its price tag.

The Honor 8 Pro charges over USB Type-C, but there’s no quick charging facility for its gargantuan 4000mAh battery. Instead, a full charge takes one hour and 50 minutes, which felt about right. Next to the charging port you’ll find a 3.5mm headphone jack, which, despite the phone’s thinness, hasn’t been sacrificed.

Previously, I might have excused the lack of water resistance, but when it’s become a feature of so many flagship handsets, it’s a glaring omission when you consider the likes of the Samsung Galaxy A5 – which is actually cheaper than the Honor – do have it. 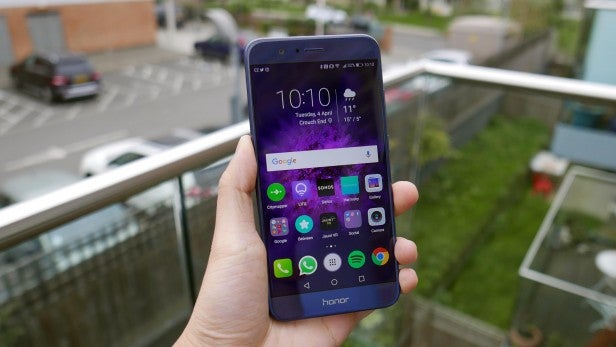 The Honor 8 Pro has a 5.7-inch quad HD (2560 x 1440) resolution display – and it looks fantastic. Colours are super-vibrant, and at 515ppi (pixels per inch) the screen isn’t left wanting for sharpness. The colour temperature is adjustable, but I found it comfortable at its default settings. You’re also able to activate an Eye Comfort mode from the notification panel to reduce blue light, which should reduce eye fatigue, especially during those late-night browsing sessions.

The screen is incredibly bright, meaning outdoor use – even under bright sunlight – isn’t an issue. The one complaint I do have, something I’ve experienced with both Huawei and Honor’s handsets in the past, is that auto-brightness can be rather slow to kick in. So, when unlocking the phone, there can be a momentary pause where the display is too dim before it finally reaches a brightness of usable levels. It isn’t the end of the world, but it is jarring. You can just use a fixed brightness to overcome the issue, however. 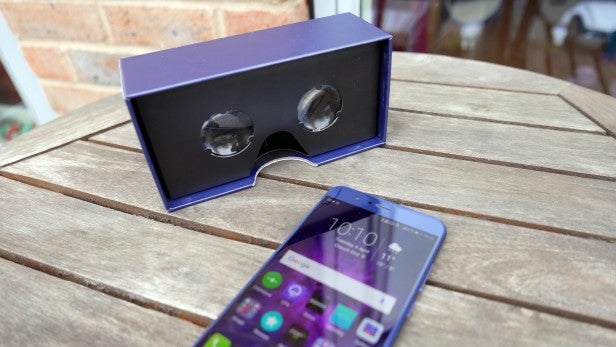 VR is, for whatever reason, a selling point for the Honor 8 Pro. That quad HD display resolution goes some way to explain this, since those extra pixels certainly help when the screen is pressed almost directly to your eyeballs. Even then, it’s a very basic introduction to VR and, not surprisingly, isn’t as elegant as the Samsung Gear VR or Google Daydream.

To get you started in the world of virtual reality, the box in which the Honor 8 Pro comes is actually a Google Cardboard-esque headset and the Jaunt VR app comes pre-installed. Frankly, the included cardboard headset is no better nor worse than other cheap headsets on the market. There’s also no magnet button for interacting, so you have to hold your gaze over icons to navigate.