Both Nokia and Microsoft put their oars in when it comes to the Nokia Lumia 620’s music and video stores. From Microsoft, you’re offered the Xbox Music and the Windows Phone music store, from Nokia the Nokia Music portal.

The standard store fronts of each aren’t desperately interesting, selling albums for around the standard £8, and relayed with the usual Windows Phone 8 gloss. It’s the other parts that are more eye-catching.

Xbox Music is a Spotify-like music streaming service that costs £8.99 a month or £90 for the year, and can be accessed through an Xbox (with an Xbox Live Gold membership) as well as your Lumia 920. That’s a pound cheaper than Spotify.

Nokia Music gives you free access to a series of Mixes, which are effectively playlists of streamed  tracks, filtered by genre, date, popularity and so on. Streaming quality is fairly low, but it offers a musical distraction if you’re bored of your own tunes.

The Nokia Lumia 620 also, of course, offers a media player interface for your own music and video files. It’s just as slick and smooth and the rest of the Windows Phone 8 software, but codec support is pretty limited. The most popular music formats – MP3 and AAC – are supported, but FLAC is not, and anyone with a store of MKV videos will have to transcode them before they’ll play natively on the Nokia Lumia 620.

The Nokia Lumia 620 has two cameras. There’s a 5-megapixel sensor on the rear, supported by a single-LED flash, and a basic VGA user-facing camera for video calling.

Neither is going to trouble any high-end smartphone on image quality, but a lack of serious shutter lag and acceptable focusing speed mean the Nokia Lumia 620’s camera usability is far better than many Android phones at the price. Low-cost smartphones often suffer from shutter lag so severe than their cameras are painful to use. 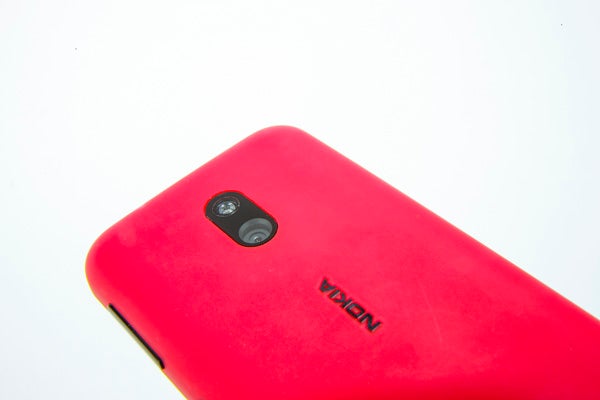 The Nokia Lumia 620 camera app does not offer a bundle of fun filters and effects off the bat, but Windows Phone 8 does let you use camera modules called Lenses. Smart Shoot and Bing Vision come pre-installed.

Smart Shoot takes a series of photos in reasonably quick succession, letting you pick the one where your subject looks the best (shooting speed is a little slow for this to be truly effective) and Bing Vision is a QR and Barcode scanner.

Useful additional lenses you can download include Nokia exclusives like Panorama and the fun “picture animator” Cinematograph, which captures video and stills simultaneously to let you produce a vid where the majority of the scene stays completely still. Ok, maybe that one is not all that useful, but it is a laugh.

There are bundles off third-party lenses you can grab too, from useless fluff (the majority) to interesting extras.

Image quality is acceptable at the price, with solid focusing and decent detail for a lower-cost 5-megapixel model, but otherwise unremarkable. Colours are a tad under-saturated and in lower-light conditions, noise and chromatic aberration is prolific. Usability is the key here, though, and the Lumia 620 makes photo-taking quick and enjoyable – the main thing for today’s social networking snappers.

A feature that could potentially go unappreciated by some is the noise cancellation that the Lumia 620 employs while you’re taking a call. Using the signal from the two microphones on the phone – one on the bottom edge and one up top – it attempts to remove ambient noise from the phone signal before it reaches whoever you’re calling.

Call quality on your end is unremarkable, though. It’s quite boxy-sounding, lacking both top-end clarity and the robust body of a bassier speaker. 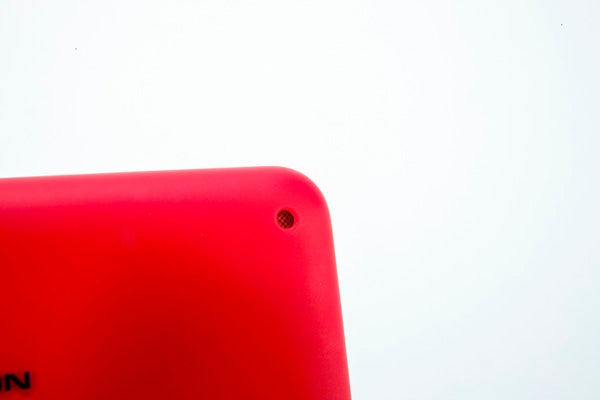 Battery life too is another slightly sore point. The Nokia Lumia 620 uses a 1300mAh battery, and in our experience it needed a charge before the day was out with moderate-to-heavy use. If you’re going to be doing much at all in the way of using apps or playing games, you’ll have to charge every day without a doubt.

So-so call quality, mediocre battery life and app support that lags a way behind Android rivals aren’t enough to turn us off the Nokia Lumia 620. At £150, it is simply such good value, crammed into such a well-designed body, that you can’t help but love the little handset.

It sheds virtually all the most serious compromises of its predecessor, the Nokia Lumia 610, to become perhaps the most important Windows Phone 8 device out there. And one of the best budget phones, regardless of platform. 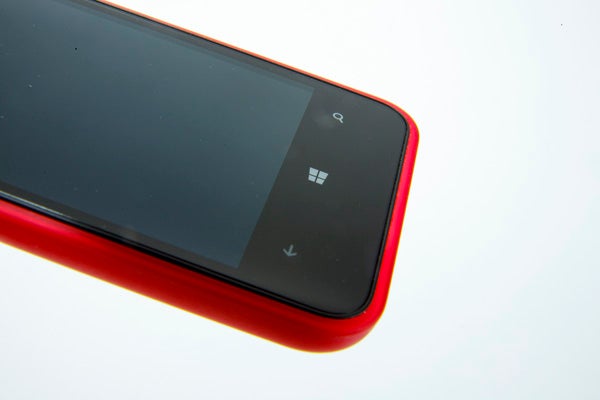 However, nowadays there’s one other contender to consider – the Lumia 520. This is a stripped-fown version of the Lumia 620. It doesn’t have NFC, a compass or a high-end anti-reflective screen coating. It is a fair bit cheaper, though. We’d still recommend the Lumia 620 if you can afford the extra cash, but it too is a top budget option. For more, read our Lumia 520 vs 620 comparison.

The Nokia Lumia 620 is a revelation, showing that budget Windows Phone mobiles don’t have to be riddled with compromises and lack any semblance of personality. Top-notch hardware design, plenty of power and a feature list that betters many Android phones at the price should make this the gateway drug for many who have been unconvinced by Windows Phone to date. Only the existing shortcomings app library shortcomings of Windows Phone 8 hold this phone back.