What is the Nintendo Switch Pro Controller?

Nintendo has carved out an entirely new niche for itself with the Nintendo Switch, the console hybrid that aims to combine TV and handheld gaming, but its attempt to appease the latter has had a noticeable impact on the former.

Case in point, the Joy-Con controllers (which are bundled with the system) pack a surprising amount of tech into a small amount of space, which is great for portable gaming, but they do lack the sensibilities of larger controllers such as those included with the PlayStation 4 and Xbox One. Nintendo’s attempt to solve this issue comes in the form of the Switch Pro Controller.

Similarly named after its Wii U counterpart, the Pro Controller closes the gap on some of the differences between the Nintendo Switch and other consoles on the market by providing a more robust control scheme that mimics traditional TV gaming. 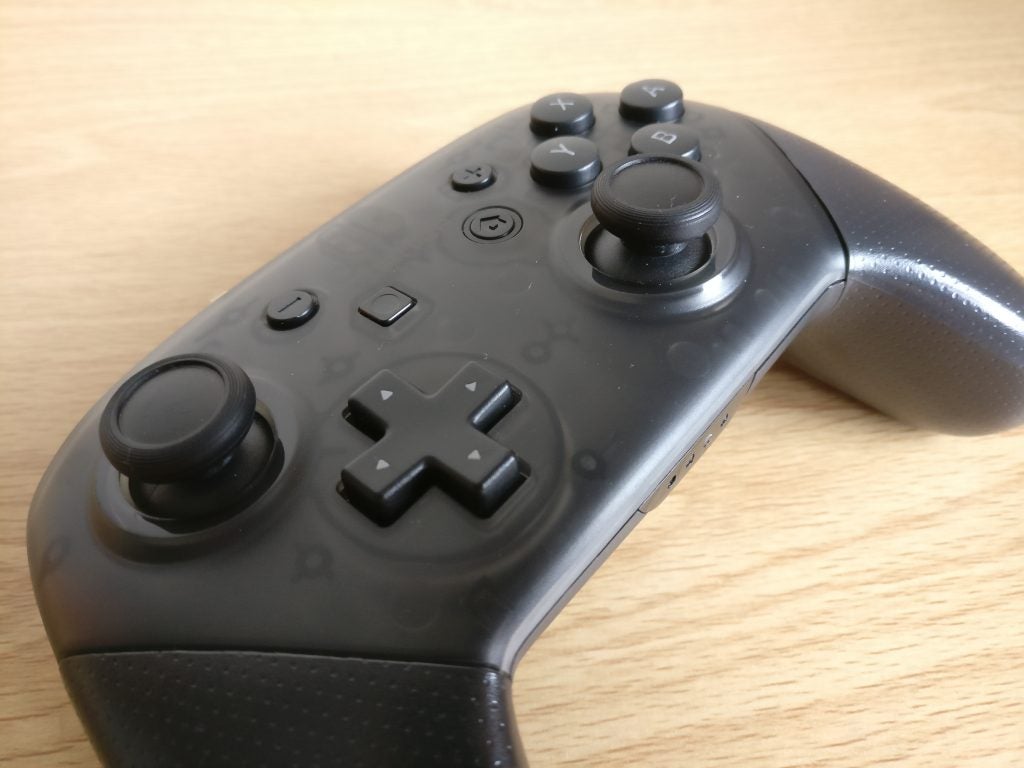 Much to my dismay, the Pro Controller’s triggers follow the same compact design that can be found on the Joy-Cons. This makes sense when trying to accommodate the latter’s portability but seems incredibly out of place here. Given that Nintendo had more hardware space to play around with, it seems like an incredible oversight to not incorporate tactile triggers.

Luckily, however, there are no such gripes to be found with the Pro Controller’s front-facing components. The analogue sticks rotate smoothly, the action buttons have a satisfying (if slightly padded) feel to them, but above all, having that glorious D-pad is a dream come true. Having lamented the loss of a traditional D-pad with the Joy-Cons, I found myself enamoured with its return, often utilising it just for the sake of hearing those clicks, which evoke so many great Nintendo memories. 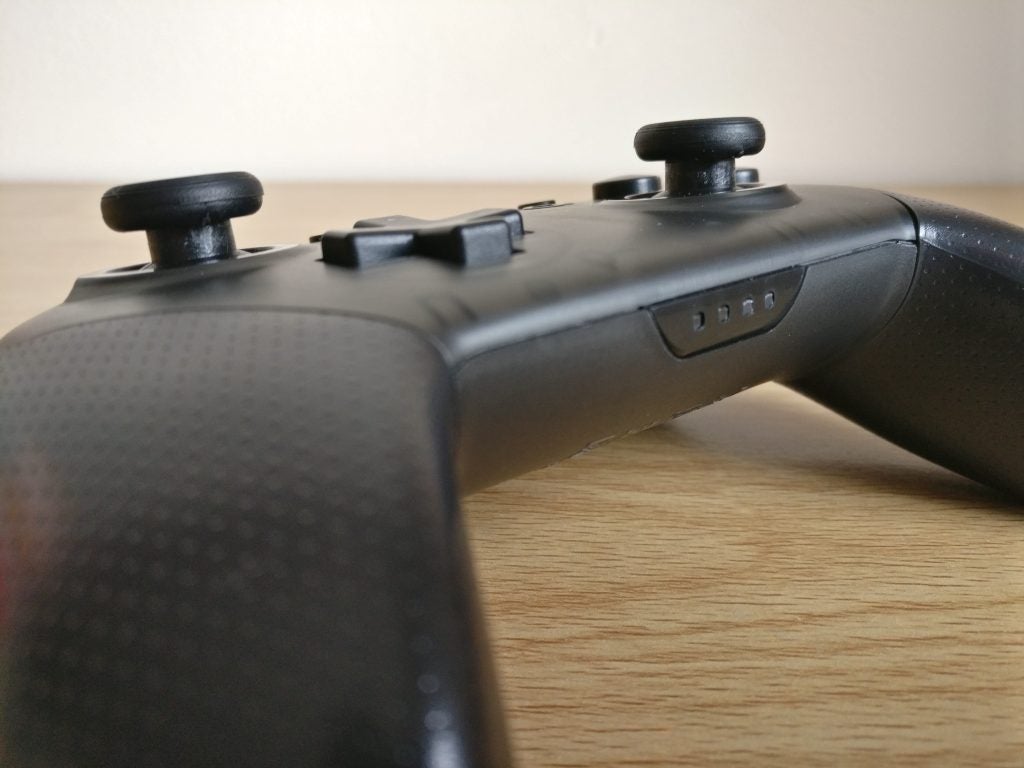 I’ll admit, when I first booted up the Pro Controller, I wondered if it had its components switched with another popular toy (let’s just say that the vibration was enough to make the controller fly out of my hands on several occasions). Luckily, another of the Trusted Reviews team happened to have a spare Pro Controller on hand, and before long I was back in the testing chair.

Jumping back into some of my favourite Switch games with the Pro Controller felt like taking the training wheels off of a children’s bike. My shots landed more frequently in Splatoon 2, my Mario Kart drifting skills became a heck of a lot sharper and my new-found mobility in DOOM had a conga line of demons chasing after me to no avail. For some games on the Nintendo Switch, the Pro Controller is a must-have accessory.

Such change was less noticeable for games like Super Mario Odyssey and ARMS, which admittedly were designed to work best with the Joy-Cons, but they are noteworthy examples of how the Pro Controller isn’t a perfect fit for every title in your Switch library.

The Pro Controller has a level of vibration that sits comfortably between the HD rumble of the Joy-Cons and the now outdated feedback found on other controllers. It’s a shame to see that the nuance of HD rumble isn’t fully available here (particularly as it’s one of my favourite features about the Joy-Cons), but it is understandable given that your hands can’t fully envelop the Pro Controller in the same way. 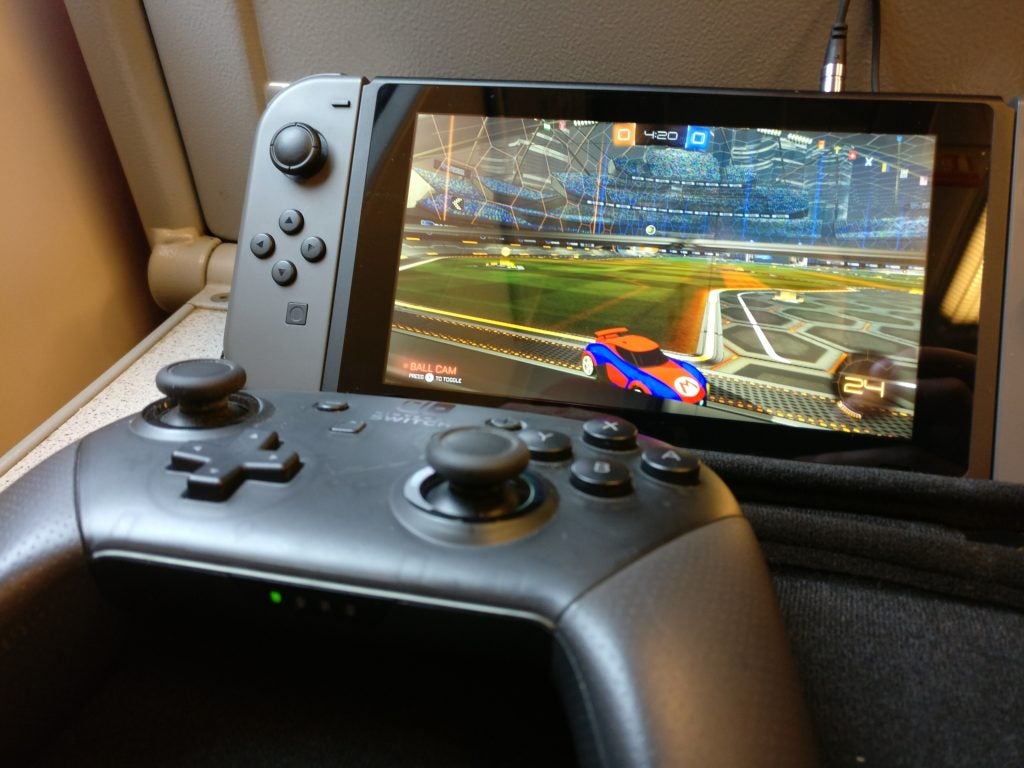 What really impeded my fun however were some persistent connectivity issues that came and went as they pleased. At a minor inconvenience, the controller’s vibrate function wouldn’t work, requiring me to restart my Nintendo Switch to get it going again.

At worst, the controller wouldn’t connect at all until I used a direct USB-C connection to the docking station. Asking around the office, none of my colleagues in possession of a Pro Controller suffered any of these issues, but I still feel it worth mentioning just in case they afflict another poor soul.

The feature-packed Pro Controller might not be without its faults but it achieves its goal of providing an alternative control scheme that’s perfect for serious gamers.

Most (but not all) Nintendo Switch games are made far better with the use of the Pro Controller. Shooters and driving games receive an immediate upgrade in gameplay, but titles such as Super Mario Odyssey are best suited for the dual Joy-Con set-up.

Due to its high price point (almost as much as the Joy-Con pack, which in itself contains two controllers) it’s difficult to recommend the Pro Controller to casual gamers, but for everyone else, it’s a worthy investment.