What is the Nintendo 2DS?

The Nintendo 2DS is, well, a Nintendo 3DS without the 3D. It can still play 3DS games and DS games and at £109.99 is cheaper than the 3DS (£149.99) and the 3DS XL (£179.99).
As Nintendo tries to boost sales of its flagging Wii U with more price cuts, launching the newest member of the DS family at the same time as Pokemon X & Y and The Legend of Zelda: A Link Between Worlds is a shrewd move ahead of the looming festive period.

If you fancy a quick snapshot review, watch our video review of the Nintendo 2DS.

It’s the elephant in the room everyone is openly happy to talk about. Call it a door wedge or the end of a bread loaf, the pocket-friendly hinged design is gone and what’s left is far from pretty. So unsightly in fact, we named it one of the ugliest consoles of all time.
While it isn’t beautiful, there is method to Nintendo’s madness. The Nintendo 2DS cheaper to build than the 3DS. There’s just one screen instead of two – the plastic surround only makes it appear as two separate screens. And the glossy metallic look has been replaced with a plasticky, more ‘Fisher Price toy’ body.

Hoping to make kids step away from iPads and Android tablets, the 2DS can certainly withstand more rough and tumble than the more expensive tablets and the other 3D-toting Ninty portables.

It’s a chunky looking thing. And, weighing in at 260g, it’s slightly heavier than the 3DS (235g). At 127mm high it’s actually taller than a 3DS when opened. Unless you walk around in cargo pants with big pockets, the 2DS is going to be a tight fit to even attempt to carry around alongside your phone or keys. I guess if you are a kid, that is much less of a problem.
It keeps the same 3.53-inch big screen and 3.02-inch lower display but the drastic change in design does call for a little rejigging of buttons. The D-pad, Circle pad and face buttons have moved higher making them a little more of a stretch.

The start and select buttons now beside the lower screen and shoulder buttons are larger and moulded into the curved, more rounded top edges of the casing. 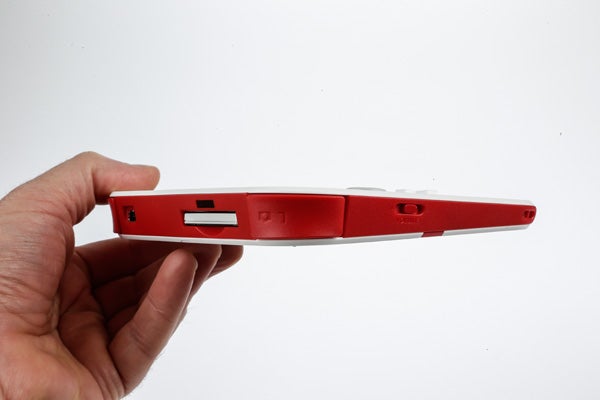 The volume is now hidden on the left edge of the screen and povver on the right, while the stylus is hidden away in a compartment with the SD card slot just below. The headphone jack has also been moved to the bottom left and on the opposite side is a Sleep toggle. The AC adaptor is still up top but has swapped places with the game card slot. The 2DS two cameras on the back and up front are still in place.

There are some casualties though. The wireless toggle switch is gone which means you will need to go into settings to turn it off. There’s just a single mono speaker instead of the two stereo speakers flanking the side of the top screen on the 3DS and XL.

Inside the box, there’s a 4GB SD memory card matching the 3DS XL for added external memory and, unlike Nintendo’s larger screen portable, does come with a power adaptor.
When you pick it up for the first time, it’s obvious this is a different experience in the hand. It doesn’t feel as nice to hold as the 3DS or 3DS XL and it can be a bit of a stretch to reach buttons. If it’s an issue for our hands we can only imagine what it would be like for smaller hands.
It does take some getting used to but after a while it actually sits nicely in two hands. Adding the bigger shoulder buttons definitely helps to get a better grip and also makes them better when you are trying to aim at zombies in Resident Evil: Revelations. 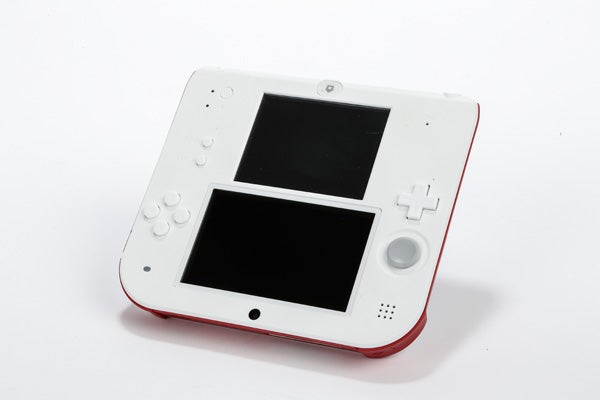 One of biggest issues with the 3DS at launch was the simple fact that there wasn’t enough enticing games on offer. Additionally, the Nintendo eShop was definitely not ready for business either.
Two years on, things have notably improved. Kid Icarus Rising, Animal Crossing: New Leaf, Luigi’s Mansion: Dark Moon have been standout games for the platform in the last 12 months. 2013 still promises The Legend of Zelda: A Link Between Worlds and LEGO Marvel Super Heroes so there’s definitely more reasons to want to own a 2DS right now.
The eShop finally looks like a digital storefront you want to visit. There’s now a bigger range of games stretching back to titles like The Legend of Zelda: Link’s Awakening and it’s now adding mobile games like Angry Bird Star Wars and Cut the Rope. Most importantly, it’s so much easier to get around and find content. It’s taken some time, but Nintendo is finally getting there.
On the software front, Nintendo has been adding some new features including the ability to create folder to store games on the home screen. Spotpass still lets you access video and software and the free Nintendo Video service is up and running. Nintendo Letter box lets you send personalised letters to other users in 2D and 3D and there’s still a pedometer where you can earn coins to spend in the Mii Plaza. 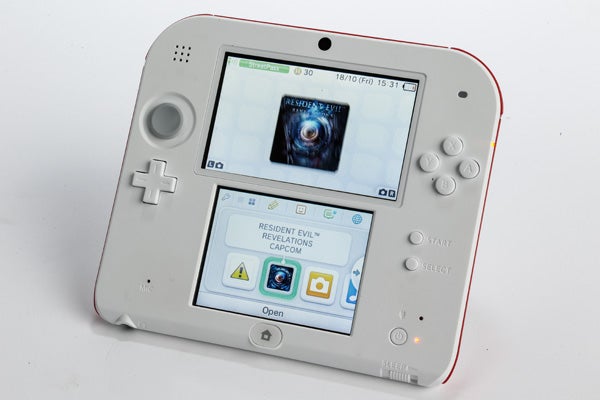 The 2DS runs just like a 3DS or a 3DS XL. The interface is identical and the 3DS screen even flashes up in between booting up games. Yes, the 3D is gone, but Fire Emblem: Awakening, Super Mario 3D Land and a few other games aside, it’s not really missed.

Where the 2DS is left lacking is in the sound department. With just one mono speaker instead of two stereo ones, the audio is loud but far from powerful. If you plug in a pair of headphones things do improve and you can still get the surround sound experience.

Despite the fact you cannot view 3D video or photos, Nintendo still includes two cameras on the back and a front-facing one. You can still shoot 3D content but have to store it on a SD card. So, next time you are round a friend’s house with a 3DS you can review the content. If you still want to take 2D pictures, they are grainy and low quality at best. It’s pointless to include it and leaving it out could have surely lowered the price even more.
The battery life is on par with the 3DS and will get you up to 5.5 hours of play time. It also takes around 3 hours again to charge up to full capacity. You are essentially getting about an extra half an hour of game time. We are disappointed Nintendo didn’t take the opportunity to ramp up the 2DS staying power like it did for the 3DS XL. 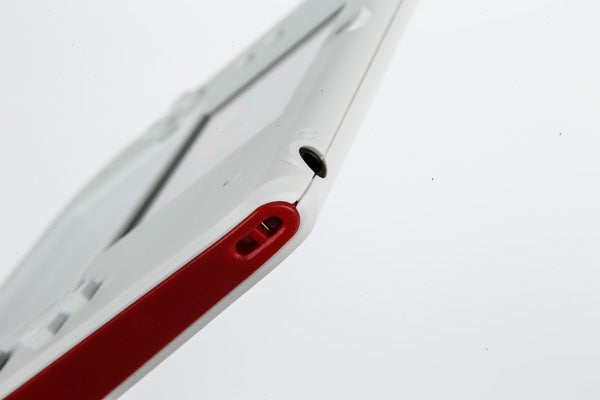 Should I buy the Nintendo 2DS?

If you have a Nintendo 3DS or 3DS XL, then the 2DS is not for you. If you are happy playing Candy Crush Saga or Angry Birds, then stick to the smartphone or tablet.
The 2DS is clearly designed to entice younger gamers to nag parents for a cheaper Nintendo portable. The wedged look is not the prettiest, but for gaming it does grow on you, even if it doesn’t fit in the pocket.
We are glad Nintendo gave 3D the boot but we think there was a missed opportunity to remove other unnecessary features to make the 2DS even cheaper.
Crucially, there are more games to play on it, both old and new – which was far from the case when the 3DS first turned up.

The Nintendo 2DS is is no danger of winning any design awards, but it’s the cheapest way yet to get a Pokemon or Zelda fix.