The Mini is a good looking machine with several cracking games

What is the New Geo Mini?

If the last few years in the video games industry has had an overarching theme, you can forget about the year of bows or the year of Luigi – the primary theme is that nothing from the past can stay dead.

That console you loved as a kid? It has a miniature remake now, whether that’s a high profile relaunch like the NES, SNES or PlayStation, or unofficial entries like the array of MegaDrive remakes. SNK’s Neo Geo Mini is analogous, in that no one could actually afford to even own one as a kid, with the console costing $650, and games selling for somewhere in the region of $100. This was in 1990. Oof.

So, SNK’s mini offering doesn’t provide the same nostalgia rush as many others, because no one had access to one of these growing up. It makes up for that with a stunning arcade cab design and a collection of games that hold up pretty well. 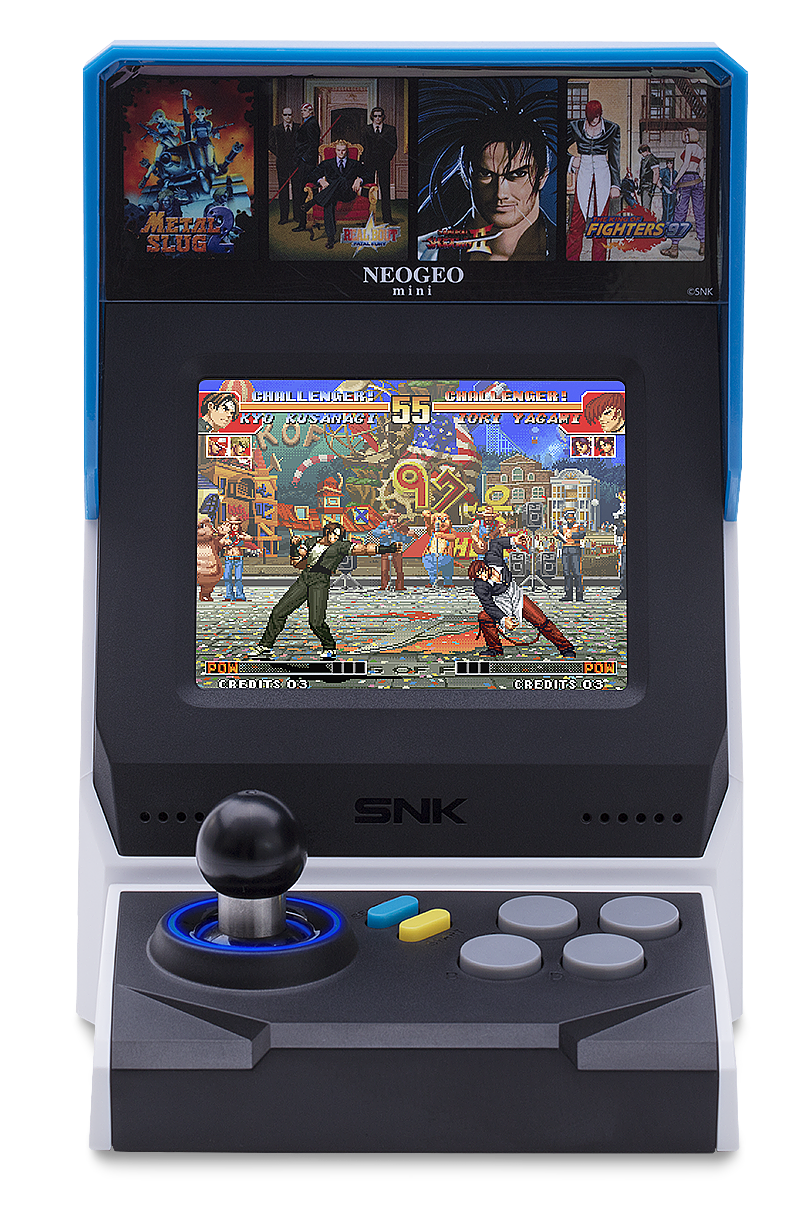 The Neo Geo Mini comes with the bare minimum. It’s an arcade cab, so instead of a separate controller, there’s a built-in omnidirectional joystick and buttons on the cab. The joystick, which has a ring of blue light around the base, is of sturdy metal and plastic construction and it feels like it could take a leathering, which it got as part of the several sessions I played with it.

The 3.5-inch display is sharp, and the buttons feel solid. Generally, the entire cab feels like a premium piece of kit, with NeoGeo decals that ensure it looks good even when it’s turned off. You can set this on a shelf and never use it, and it’ll still get appreciative comments.

However, there are a couple of jarring errors. The cab doesn’t have a volume control, meaning you have to plug in some headphones if you don’t want to annoy everything around you with arcade-perfect bleeps and bloops.

Also, remember when I said the Neo Geo was prohibitively expensive? The Neo Geo Mini costs £120 or so, but if you want to link it up to a TV, you’ll need to buy an HDMI cable. If you want to use it with a controller or play it with two players, you’ll need to buy controllers. There’s something annoying about paying three figures for the gadget, and then being nickel and dimed for features that should be standard. 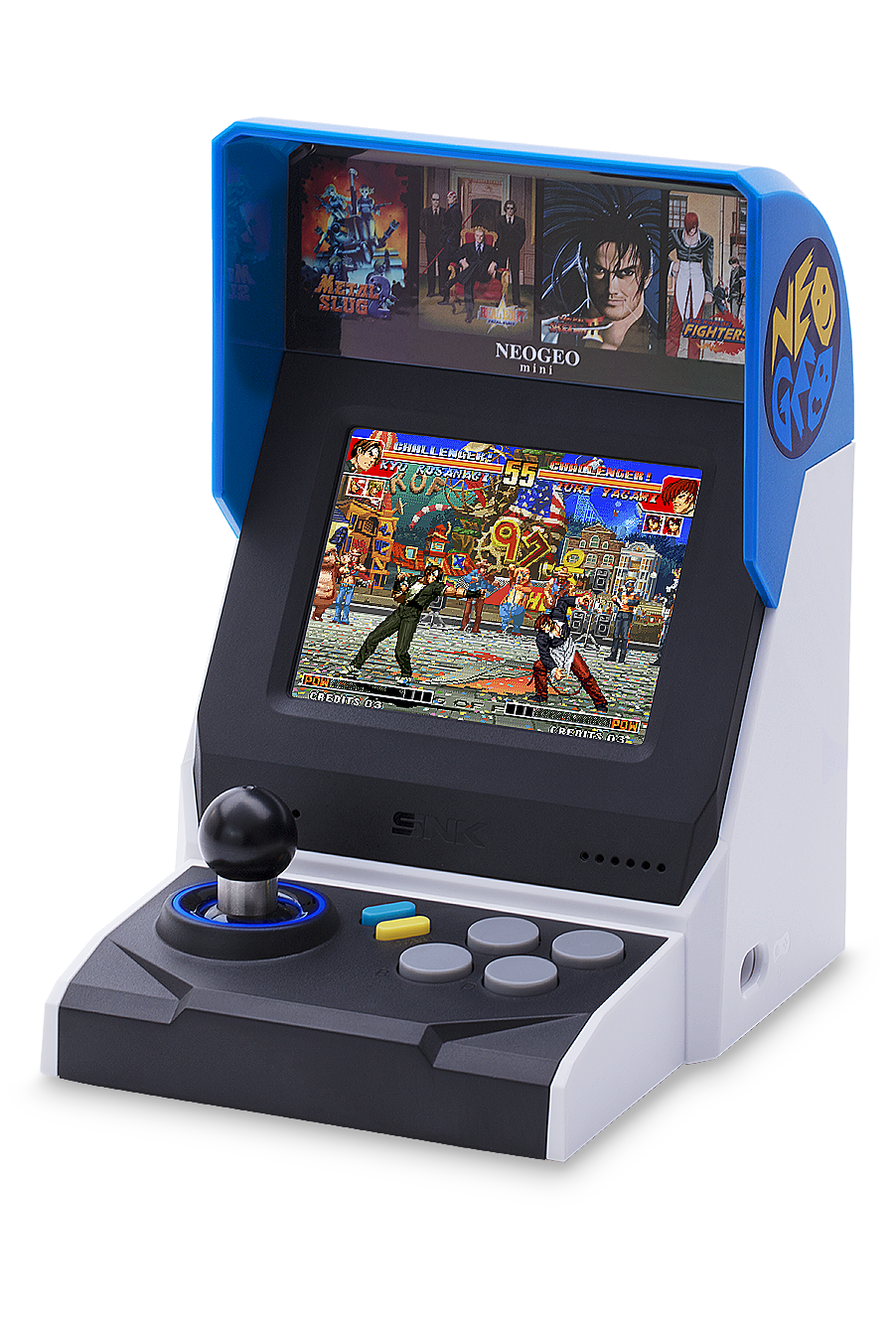 Worse, the TV output makes the games look much less sharp, to the degree that I’ll now opt to play it in its ‘handheld’ mode, on the smaller screen.

The console is much more generous with regards to the games that it offers. There are 40 games here, and the quality is generally high. There’s six different Metal Slug titles, 5 different King of Fighters titles. Outside of that, there’s a few games: They’re almost like tapas, appetiser-sized bites that are super engaging and won’t take up a lot of time.

In addition to the better-known titles, things like King of the Monsters 2 will let you brawl with the not-Thunderbirds while controlling not-Godzilla, or you can charge around in a top-down shooter with Shock Troopers 2nd Squad that has barely aged a day.

There’s a lot here, and every game has something neat to shout about, even if ultimately few of them have completely resisted the effects of time. 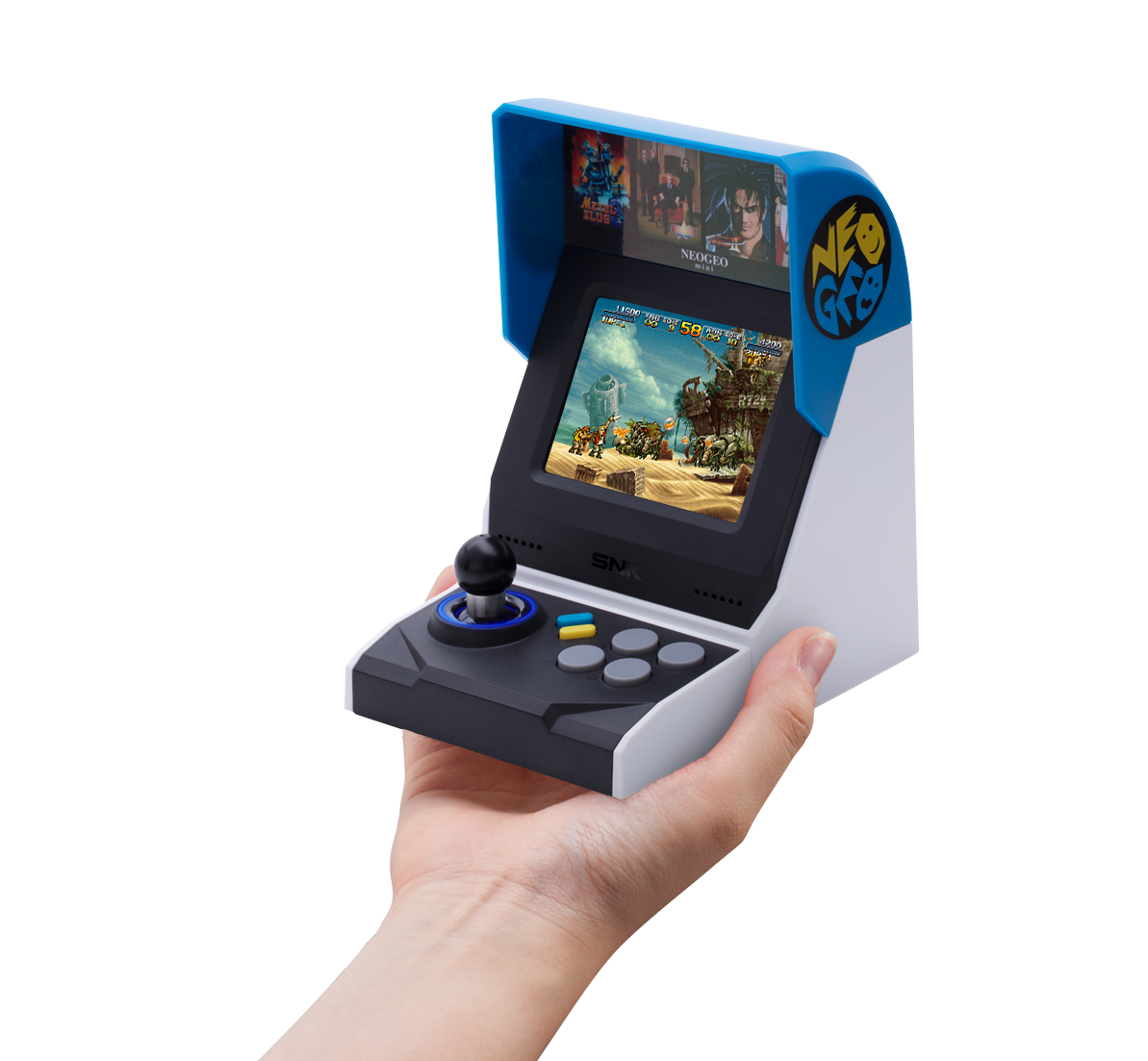 What games are on the Neo Geo Mini?

Why buy a Neo Geo Mini?

While pricey, you get a long of bang for your large pile of bucks. There are 40 games here with the ability to save and load them as you chug through them.

The Mini is a good looking machine that feels sturdy and well made and a good monument to the Neo Geo’s legacy, and it contains several cracking games and as a result is an attraction in its own right.

It’s one of the most impressive mini consoles, but prohibitively expensive, particularly when you get to the extra cost associated with controllers and HDMI cables.

Bright coloured, well made and full of good games. It’s a cracking proposition, isn’t it?

The Neo Geo Mini was provided for review by The Accessory Outlet.